Taylor Swift and Conor Kennedy Split, Probably Never Ever Getting Back Together 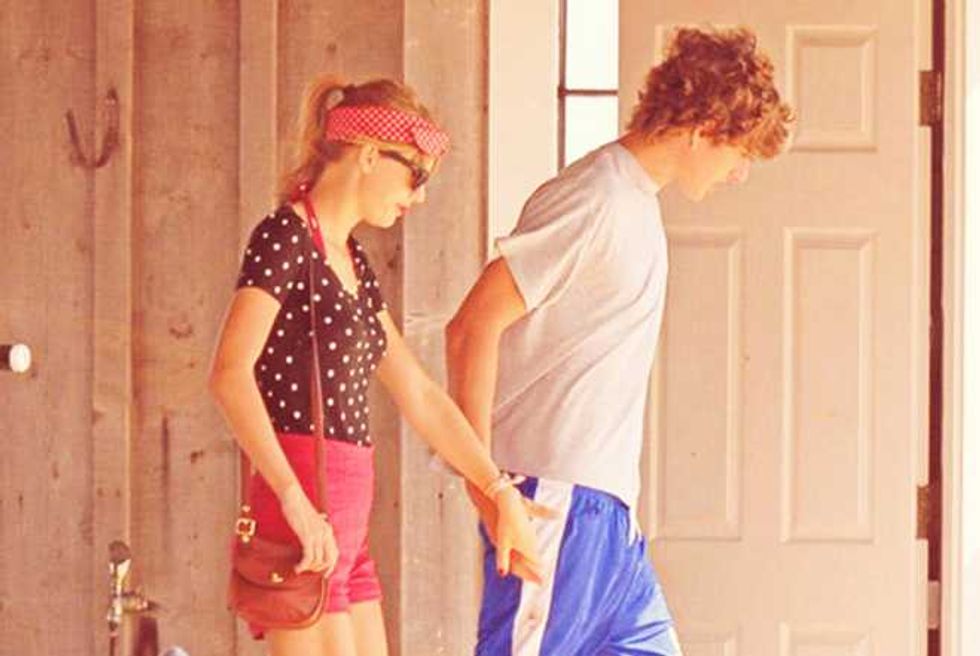 Four albums by the age of 22 has proven that Taylor Swift takes her career very seriously, and now that Red has been released into the world it's time to find some new songwriting inspiration. According to Us Weekly, Taylor and rumored boyfriend Conor Kennedy have broken up. "They quietly parted ways a while ago," a "friend" (of Taylor's? Conor's Deerfield roommate? Ethel's housekeeper?) told the magazine, citing distance and scheduling as contributing factors. "It's been over a month since they've even seen each other," says the source. "With her promotion for Red, she has no time off until the end of the year." It's important to note that Conor will likely be busy with midterms and SAT prep around that time, too. You know what to do, Emma Stone.

If Taylor needs a shoulder to cry on, should those millions of dollars turn out to be crappy listeners, we're more than available. We'll even add a new slot to our Taylor Swift Revenge Guide entitled "What do when we you waste a summer holding hands with the privileged son of a cursed political family" in anticipation of a great lyric that points out Conor's immaturity yet maintains the utmost respect for Ethel. Guess our Taylor Kennedy Halloween mask was ahead of its time? Consider it a collector's item now.