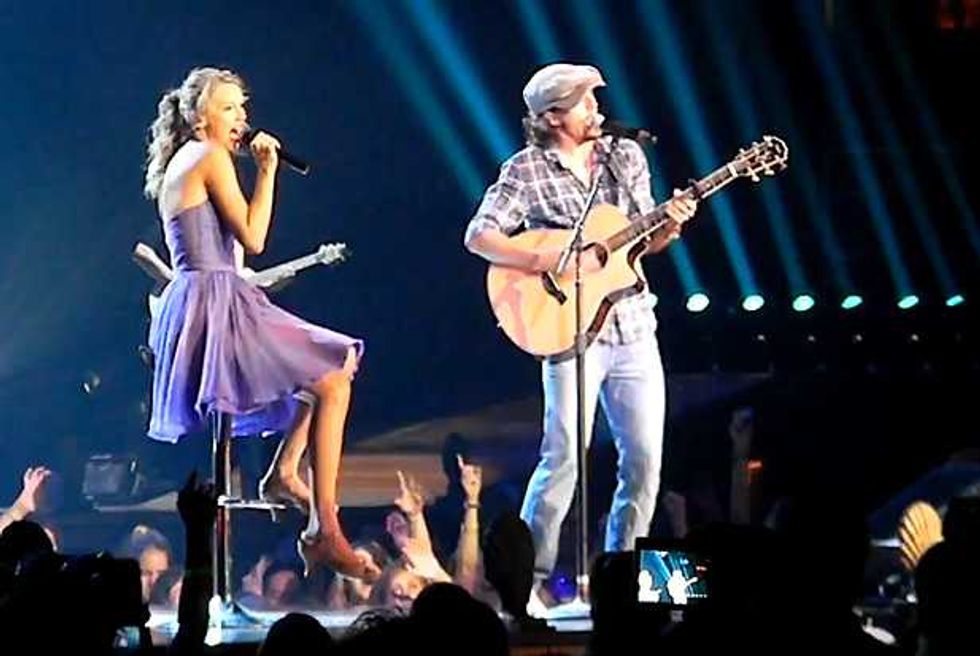 Let's set up a fake fanbase war! All you have to do is decide whether Jason Mraz is a downgrade from Justin Bieber as a Taylor Swift duet partner from Los Angeles or vice versa. Be insistent in your opinions. Invoke autotune and John Mayer. Try not to imagine what other purposes the phrase "autotune and John Mayer" could be used for.