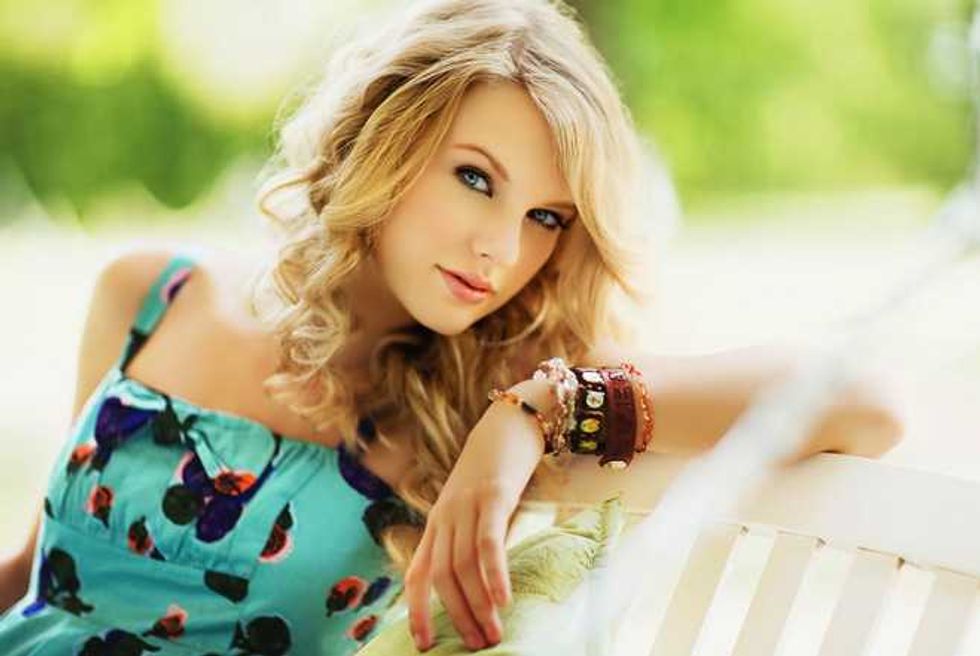 People generally read Parade magazine for the Ask Marilyn column and its yearly 10 Worst Dictators special, rather than for any groundbreaking investigative journalism. But that doesn't mean the Sunday-morning insert can't still deliver some small literary pleasures, even if they're somewhat lacking in the surprise department.

Case in point, this Taylor Swift profile, in which the country star who once bought an entire house so she could be closer to her teenage boyfriend says that she kinda sorta might rush into things a little bit in the love department:

[Swift is] the first to admit that her romances tend to develop—and end—rather swiftly. “I don’t think there’s an option for me to fall in love slowly, or at medium speed. I either do or I don’t,” says the chart topper, who calculates that her longest relationship to date lasted six months. “I don’t think it through, really, which is a good thing and a bad thing. You don’t look before you leap, which is like, ‘Yay, this is awesome! Let’s not think twice!’ And then you’re like, ‘We used to be flying. Now we’re falling. What’s happening?’”

This is great! Also, tell us: Does Taylor Swift get over her exes quickly?

Not everything happens at warp speed, though: “I don’t get over people fast,” she says.

And does she have a problem falling for the bad boys?

Speculation aside, Swift’s songs confirm that she has repeatedly felt burned. Blame it on the bad boys she often seems drawn to. “There’s a really interesting charisma involved,” she says of the allure. “They usually have a lot to say, and even if they don’t, they know how to look at you to say it all. I think every girl’s dream is to find a bad boy at the right time, when he wants to not be bad anymore.”

Thank you, Parade, for distilling the Taylor Swift star image into one perfect morsel. Next up, can we get an interview with Rihanna in which she claims not to be a role model?

UPDATE: In other news, Taylor is reportedly looking at buying a house in London's Primrose Hill neighborhood to be near newest maybe-flame Harry Styles. Either she's watched Love Actually a few too many times or somebody is really invested in this narrative of Taylor-Swift-as-real-estate-stalker.