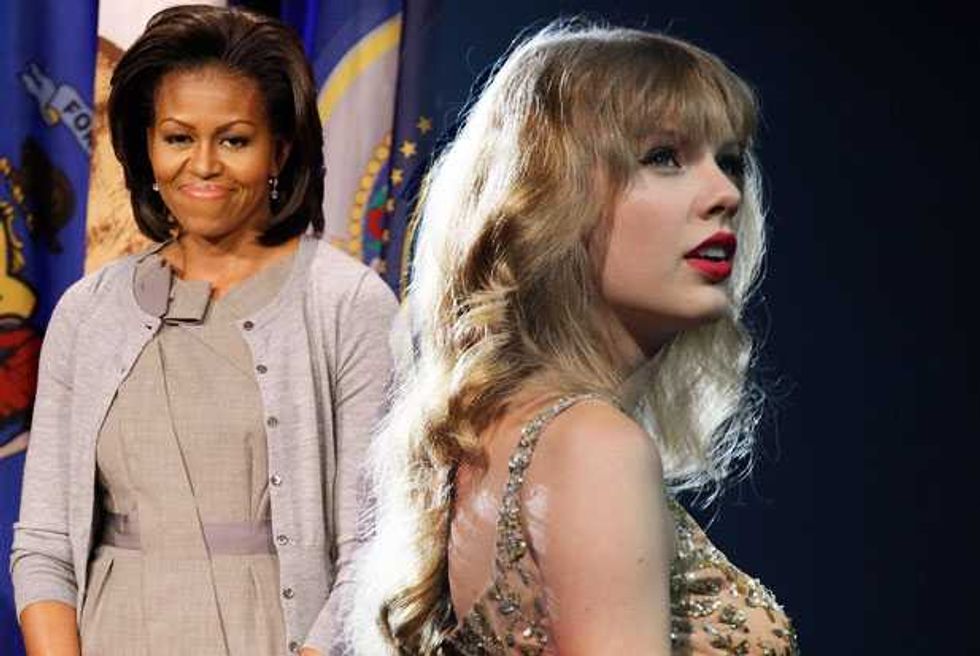 Few people have as many famous friends in the pop game as Taylor Swift—who else can say they've shared the stage with Justin Bieber, T.I., Tim McGraw, Hayley Williams and Nicki Minaj?—and Taylor's about to add perhaps her most famous name yet to that list. Michelle Obama, First Lady of these United States, will be making an appearance at the Kids' Choice Awards to honor young Taylor for her outstanding work with charity, including raising $750,000 for tornado victims when she opened a Speak Now rehearsal to her fans. For such charitable efforts, Mrs. Obama will be presenting Taylor with the Big Help Award, which Michelle herself won for her "Let's Move!" project back in 2010.

Sounds cool for all involved. The only bummer here is that this award wasn't kept a secret from Taylor Swift, the GOAT when it comes to Getting Surprised by Award Wins. Imagine how she Would have reacted if Hey, there's Michelle Obama Presenting On Stage and Oh My God Did She Just Say My Name IS THIS AWARD FOR ME AHHHHHH!!!!!! We might have seen the greatest on-stage enactment of the Twitter hashtag "#dead" in TV history. Missed opportunity.