Taylor Swift Will Be All Over Your Television Next Week 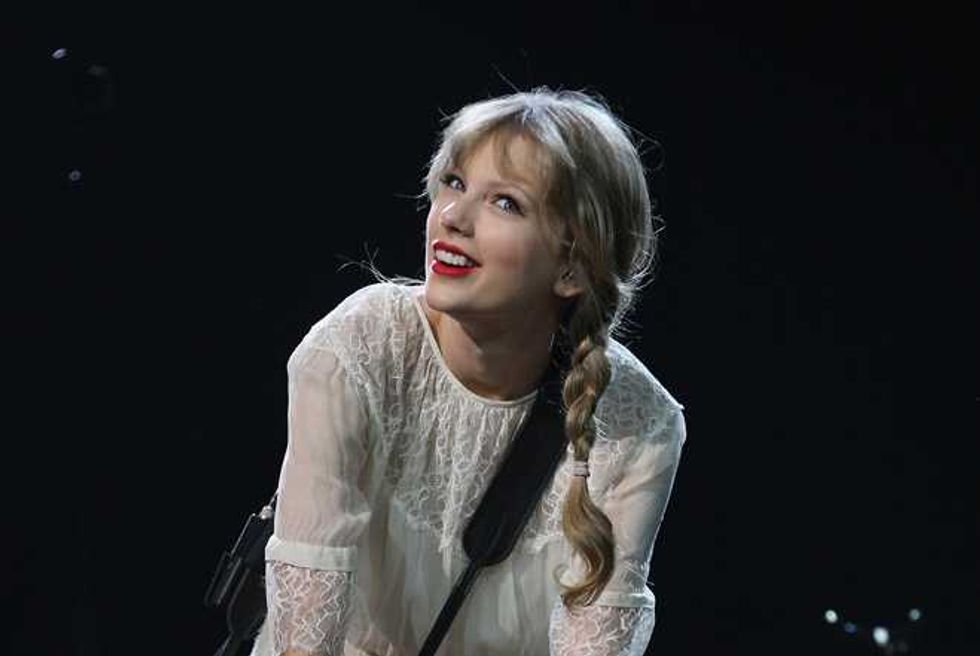 In case you've been strictly listening to one or more of the fabulous EPs out this week, you may need reminding that Taylor Swift has some new material as well,officially released on Monday Oct. 22. She'll be doing a lot of interviews, performances and promotional appearances—surprise!—to help ensure you buy a copy of Red for yourself, your grandmother and maybe even your pet dolphin. We know he's a Wyclef fan, but there's always time to convert the haters.

Next week's media explosion includes a two-day live stint on Good Morning America, to cap off those weekly song previews she's been sending the morning show all month, as well as daytime visits to The View, The Ellen DeGeneres Show and Katie. But that's just the tip. Considering the sizable buzz around her fourth major release, we wouldn't be surprised if Taylor showed up at your office with bagels and coffee come Monday morning and offered to tuck you in on Friday night. The girl is everywhere.

With the final presidential debate, the World Series kickoff and what looks to be a pretty engrossing episode of Duck Dynasty all on deck, the week of October 22 is already puling at our interests and pop culture loyalties from many different directions. In order to help you Swifties keep up, we've tracked down all of Taylor's scheduled appearances and grouped them together in a convenient weekly planner. Enjoy!