Five NBA Teams That Could Make You Some Money

The Westgate Superbook NBA Over/Under is out, the NBA season's ready to kick off, all that's left is to get paid!

Every year, the Westgate Superbook releases the NBA's over/under win totals for the upcoming season. So you don't have to do this

I picked five of the best teams that'll make you some money.

Portland Trailblazers at 46.5 Wins: Bet the Over

Look at them! How could this not be a 50+ win team? The West, if anything, has gotten shallower and the Blazers have gotten deeper.  The Blazers won 44 games last season and got better and better as they grew more comfortable in Terry Stott’s ball movement system after a slow start.  Offseason addition, Evan Turner, will handle some of the playmaking load, allowing scoring tandem Damian Lillard and C.J. McCollum to get better looks.  All around improvements from Maurice Harkless, Allen Crabbe, Al-Farouq Aminu, and Mason Plumlee should see this team adding more than three wins to their season total. 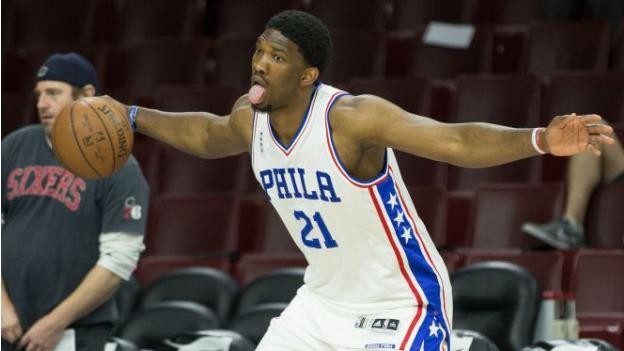 27.5 wins doesn't seem like much. It's not. But, however good Ben Simmons could be, however much of a system unto himself the 6'-10" playmaker could be, rumor has it, super-agent Rich Paul wants him to sit the whole season. Philly fans, you hate to see it. Unless Joel Embiid is as good as his pre-surgery-and-Shirley-Temple-binge hype was, it's hard to imagine this 10 win team going +18 this season. The 76ers are on their way. Maybe even well on their way. But unless they plan on playing a 6'-9" and over starting five, they're still a few moves and a whole lot of floor spacing away from 27.5 wins.

Dallas Mavericks at 39.5 Wins: Bet the Over 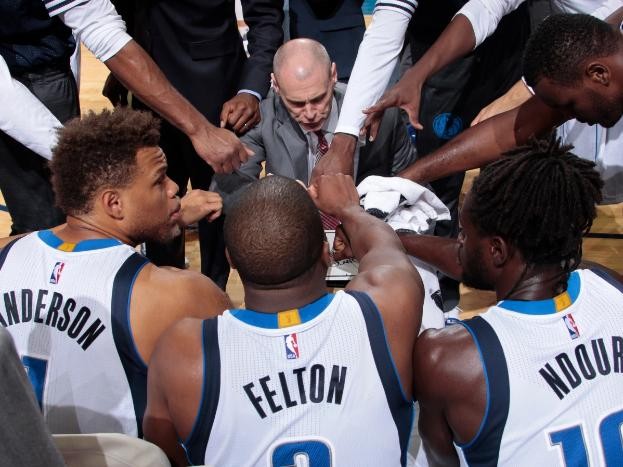 Rick Carlisle, gearing up for his 9th season as Dallas' head coach, is one of the best coaches in the NBA. He's an offensive mastermind and their defense is poised to be better than we've ever seen since Dirk stepped on the scene as a one-footed gatling gun and defensive sieve. The Harrison Barnes signing was a gamble by inveterate gambler Mark Cuban. Will he be able to step up as the number one option? Maybe, maybe not. Either way, he's a sure-fire, versatile defensive presence to put next to Wes Matthews and out in front of elite rim protector, Andrew Bogut. Trust Carlisle to put together a functioning offense around the ageless Dirk and one of the great playmaking bigs in Bogut.

Minnesota Timberwolves at 41.5 Wins: Bet the Under 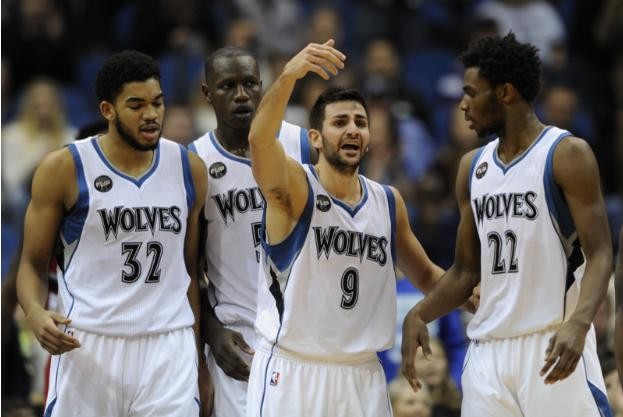 I'll admit, this is a tough call.  The Timberpups are going to be good.  If anyone should trust any process, Wolves fans should trust Flip Saunders (R.I.P.).  The Thibodeau hiring is as good a signing as they could have hoped for.  Look at what Thibs did to second-rounder Jimmy Butler in Chicago and imagine what he can do for a guy like Wiggins and the rest of the young talented TWolves team.  Where the Timberwolves will struggle is on offense.  Thibodeau's Bulls teams certainly locked down on defense.  Caveat: over five years as head coach, Thibodeau's teams played at a relative pace (team's possessions per 48 minutes relative to the league) of -2.28.  Under Saunders and Sam Mitchell's interim guidance, the Wolves relied heavily on isolation plays and the offense absolutely fell apart with Rubio off the court.  Asking them to go +13 this season is a tall order, especially if Thibs plans to trap this explosive young core in the half court.

Golden State Warriors at 66.5 Wins: Bet the Over 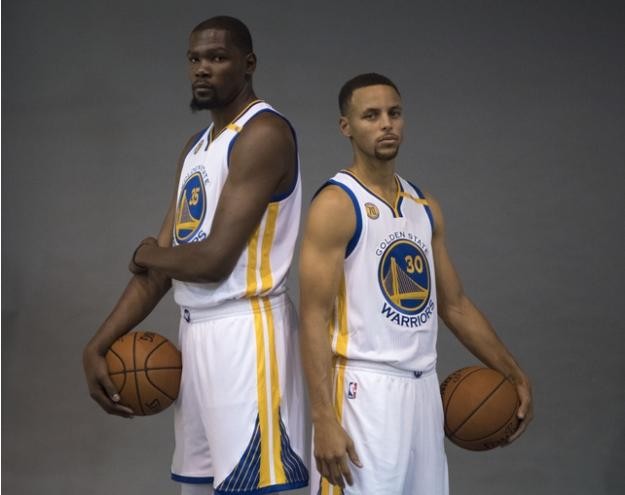 Here's a guarantee to make up for the last one.  Despite giving up a 3-1 lead in the NBA Finals, the Warriors have the highest over/under of any team.  Does that surprise anyone?  The addition of top 2 player, Kevin Durant, to a historically good regular season team was the biggest move of the off-season.  It's unlikely they eclipse last year's win total.  A lot had to come together for Golden State to take 73 games, but 66.5 wins is just disrespectful.  People will talk about growing pains of adding a superstar, but this is not the Heatles.  Durant joined a system tailor-made for his skill set. Take the over.  Besides, I want to see them go 82-0.  I want them to be the first team to win four straight titles.  I want Adam Silver to decide the whole damn league is broken and turn the 2021 NBA draft into a two-week long reality TV miniseries where we get to watch the entire league redraft (cue Sam Hinkie ripping his hair out).   Seriously, though, what better way to fill the off-season dead period?
Related Articles Around the Web
TV Features