Soft rock permeated the airwaves and young pop stars still wore clothing. One of the most successful songstresses of the time was the one and only Debbie Gibson.

She had sweet girl-next-door looks, a raw talent for songwriting and performing, and like many girls her age, cute boys on the brain.

Hence, she penned an irresistible ode to her presumably humungous-eyed crush, as she seemed to find a way to get lost in them.

1988’s Electric Youth album was a wild success for the young Gibson, and Lost in Your Eyes was an instant hit, played over and over again on the boom boxes of teenage girls everywhere.

I’ll admit, I was one of them, and Debbie was even from my home town! So no shade here girl, but looking back on this video would give even you a handful to poke fun at with those piano playing fingers.

From the get go, Gibson’s where she’s best, sitting at the piano, tickling the ivories, and starting her soft ballad in an empty, spacious room.

Perhaps she could have written, Lost in a Large Room, but it lacked romance.

Stacks of bracelets, an oversized baggy shirt, way too much hair cut into thick bangs, clunky shoes, and earlobe-testing hoops.

Then the video quickly cuts to the scene of her heaven-sent dreamboat.

While the image is black and white, Mr. Wonderful’s eyes are a piercing, steel blue, and now we know what Debbie’s talking about.

This guy’s hot and apparently, the producers were trying out a new cinematic effect with the color in the eyes only thing. Nice touch and only slightly sappy.

We go back and forth from scenes of Debbie at the piano to either flashbacks or daydreams of her with her boy-crush frolicking in meadows, sitting upon large boulders, and twirling in various stages of embrace, all while Debbie models a number of different quirky hats.

By her wardrobe selections, this is no Miley Cyrus. Mainly because there is a wardrobe.

The video ends with Debbie sporting a curly hair look, perhaps to win over Blue Eyes, and she then spies on him shooting hoops with his friends.

Soon it’s the two of them dribbling and passing balls and romance wins again!

Did they wind up together?

Let’s hope so, but even Debbie didn’t know what she was heading for.

Feel your spirits rise as you revisit this classic Debbie Gibson video.

TFIF folks... have a great one! 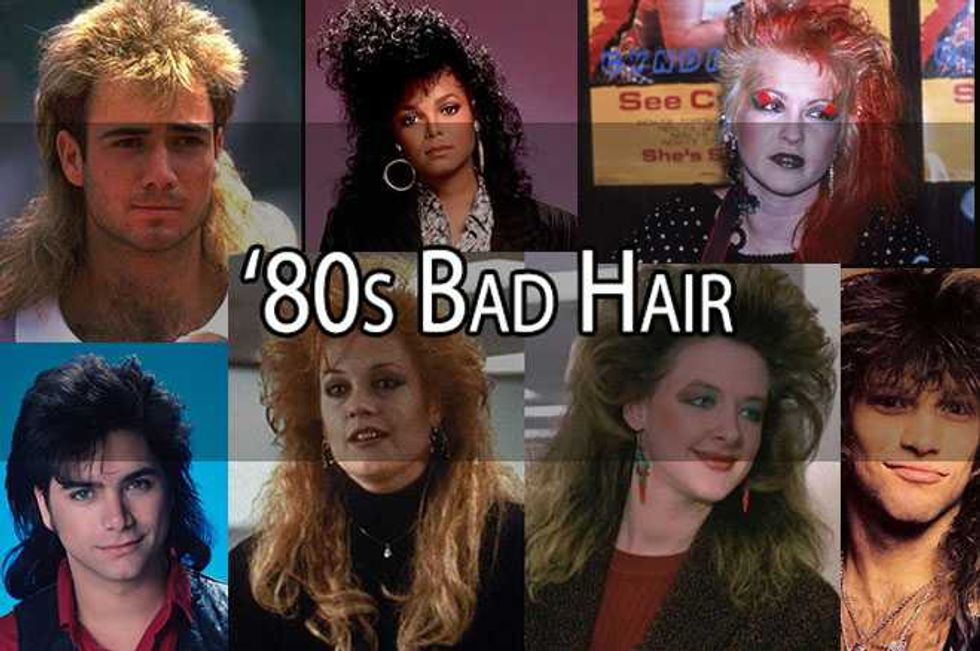 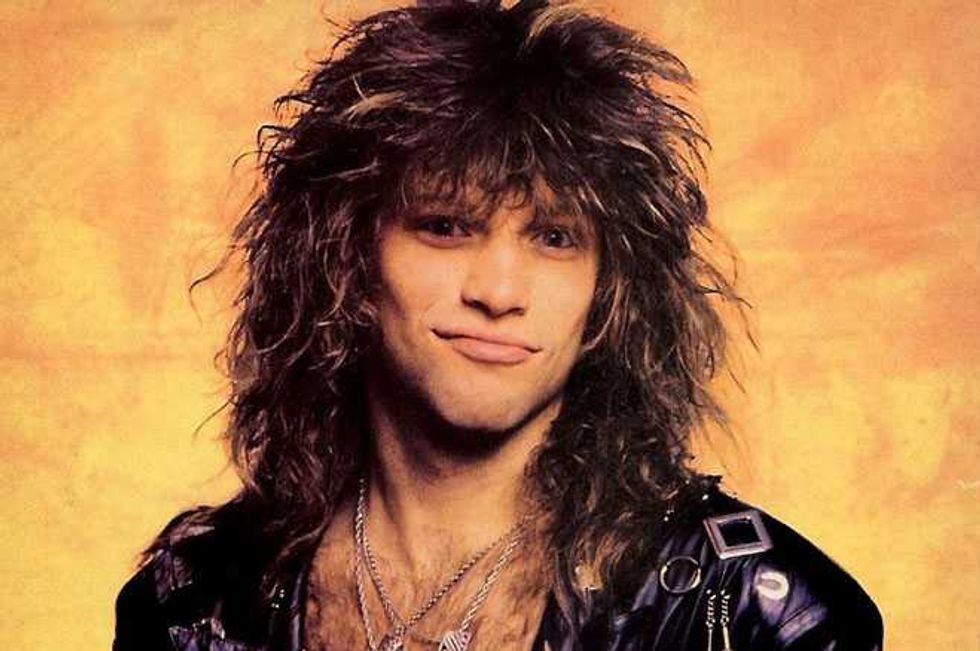 Previous Next
John Bon Jovi sang that he was Living On A Prayer, but in reality he was living off his hair. 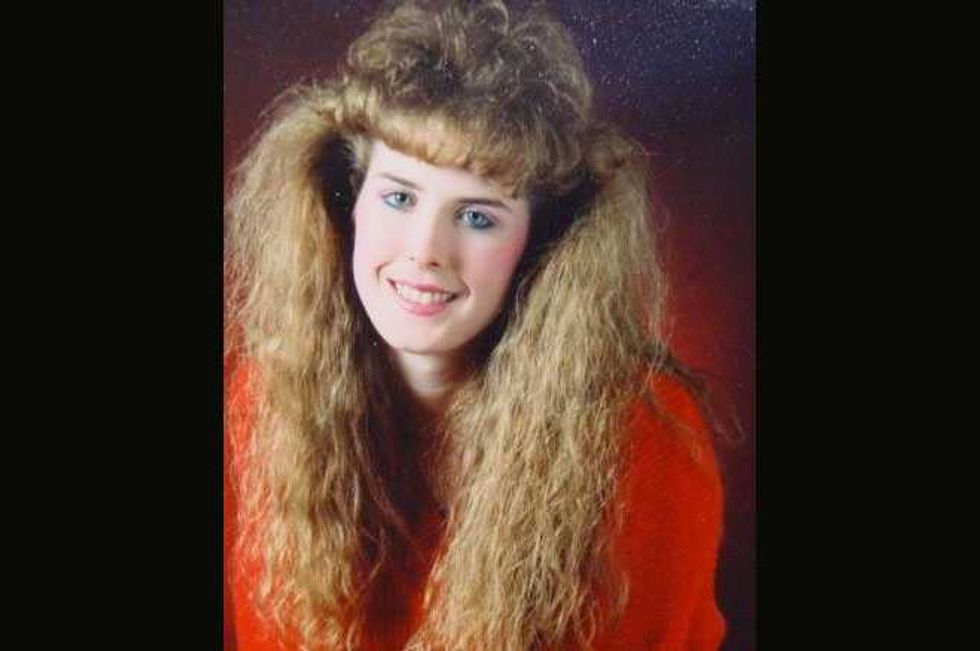 Previous Next
She bangs! There are no words to describe this classic crimped nightmare. 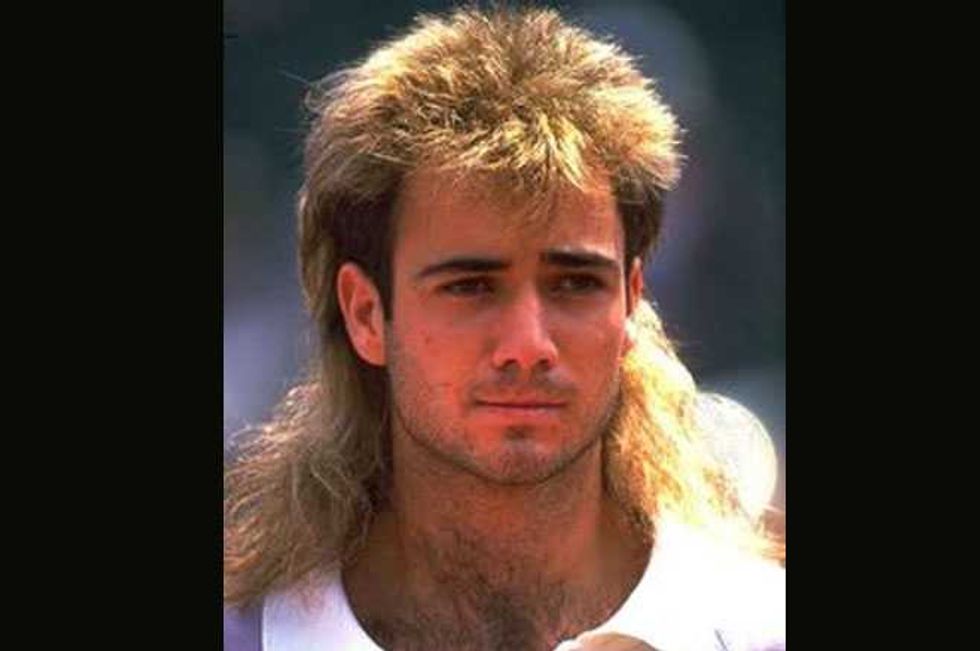 Previous Next
Andre Agassi's '80s hair was just everything. 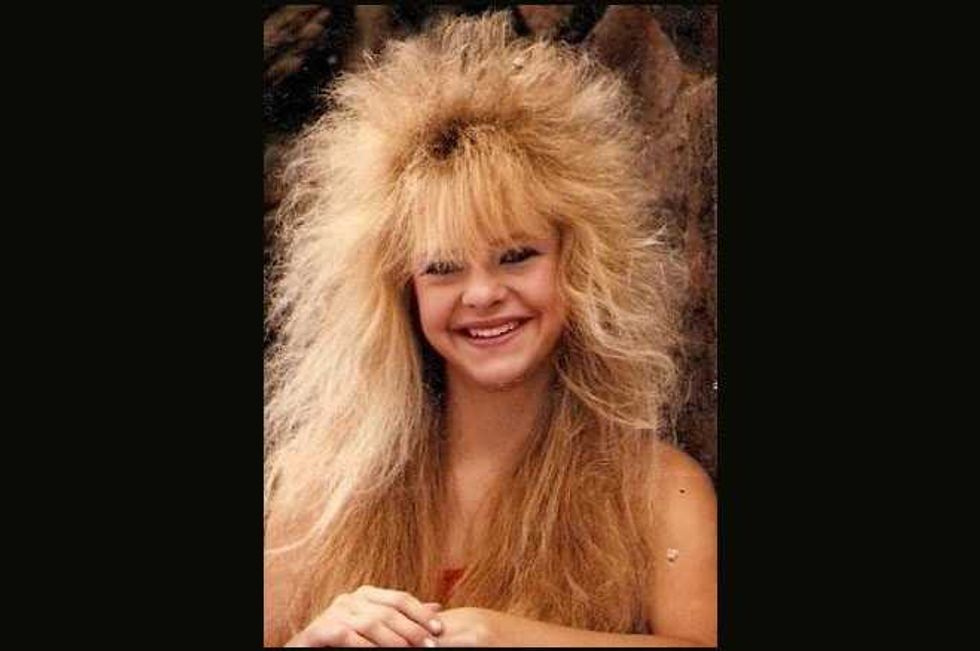 Previous Next
This lady was single handedly responsible for the destruction of the ozone layer so vast were the quantities of hairspray required to manage her do. 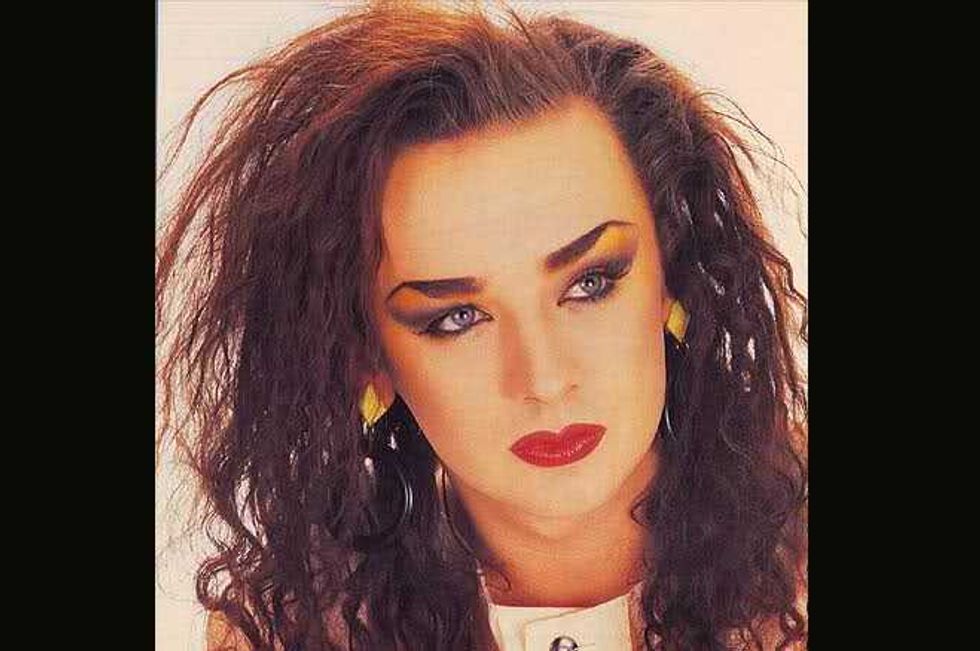 Previous Next
Boy George epitomized the '80s style with his crimped, ragged do and full make up. 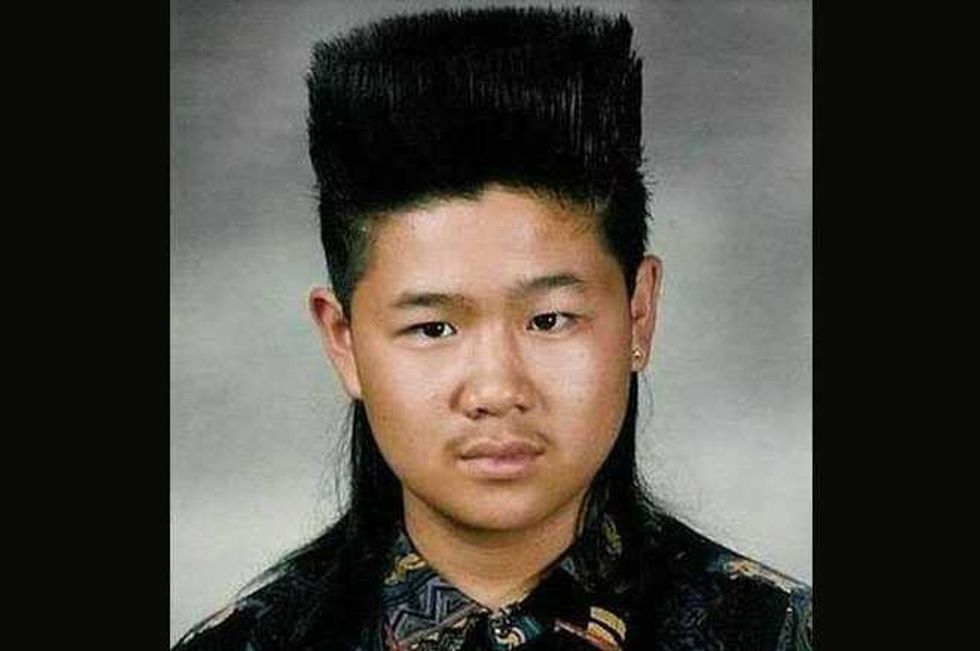 Previous Next
How proud would you be when your prom date turns up like this? 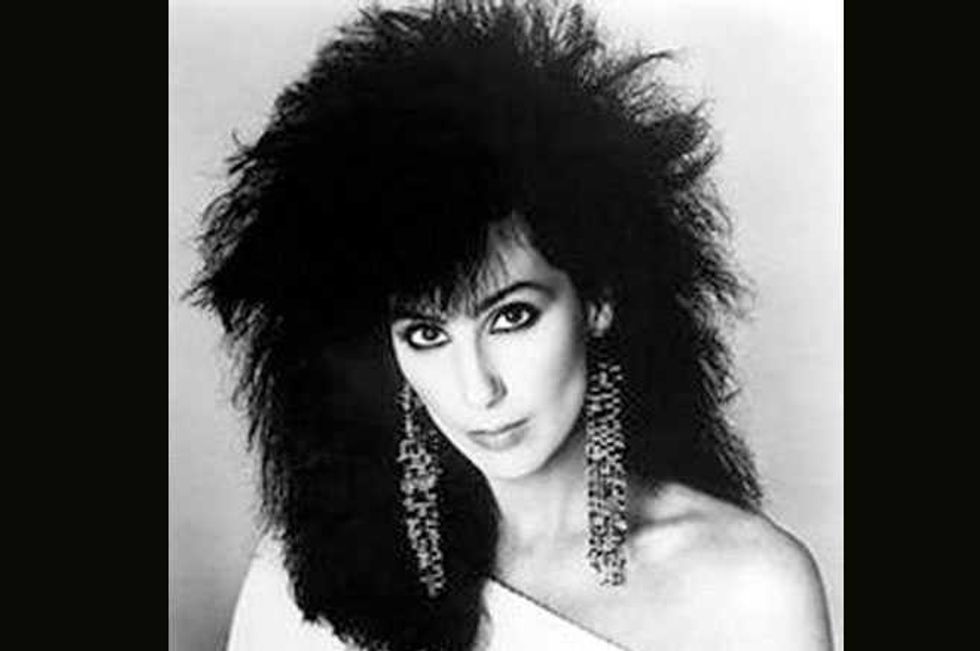 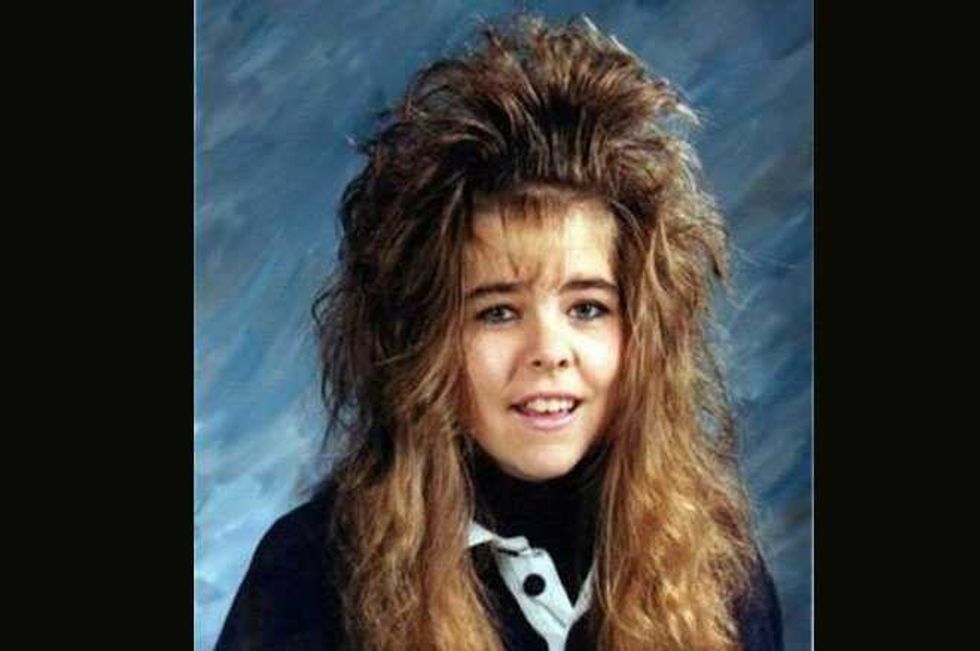 Previous Next
Check out the embarrassed smile, even she knows this hair ain't good. 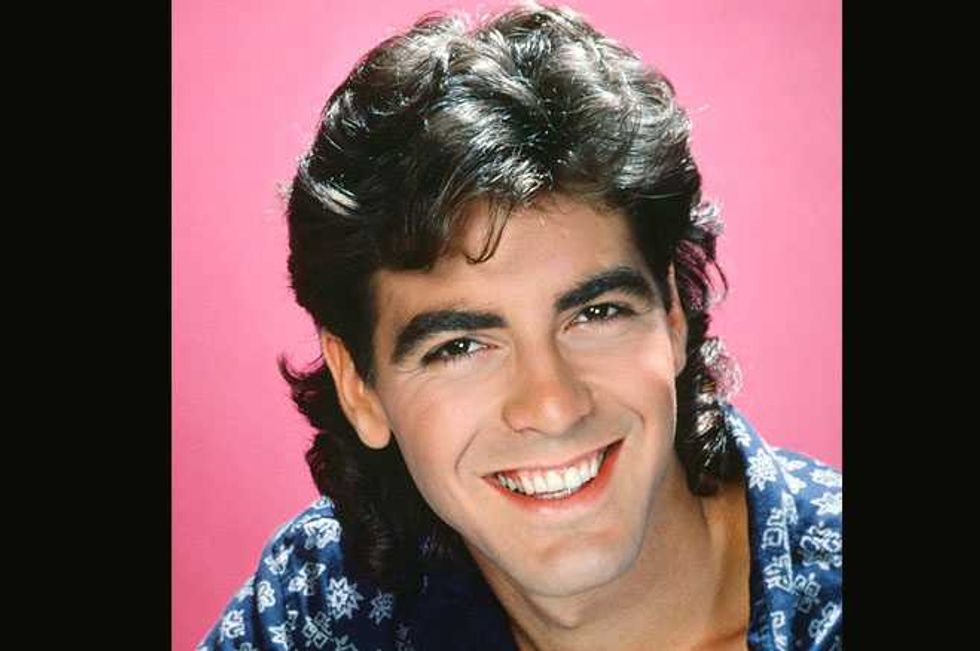 Previous Next
Way before gorgeous George Clooney was the silver fox he is now and even before he had us all swooning as Dr Ross he was just a good looking dude with luscious locks and bushy brows. 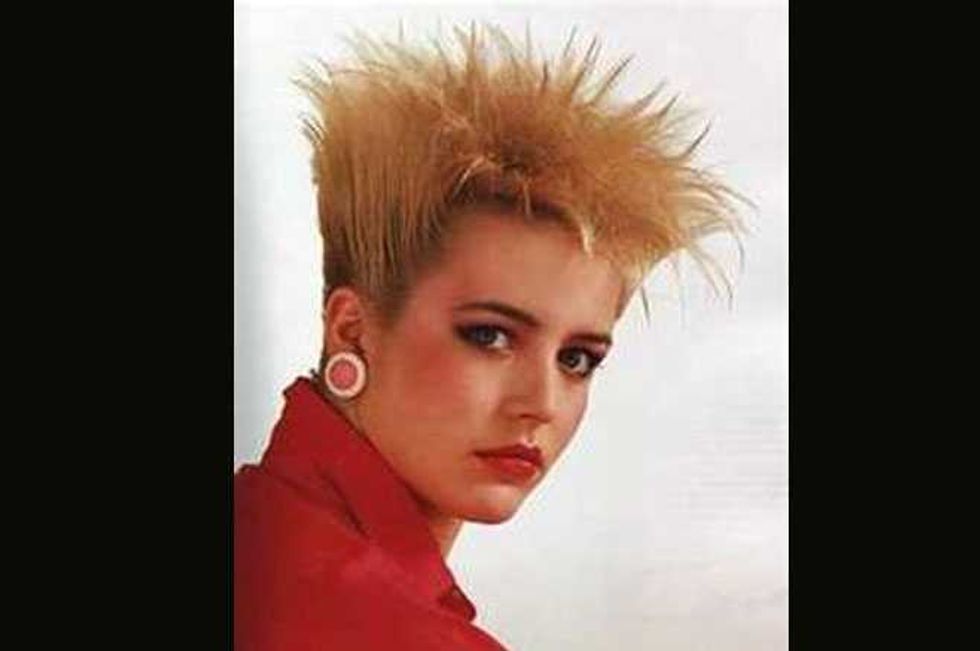 Previous Next
Back-comb with attitude. 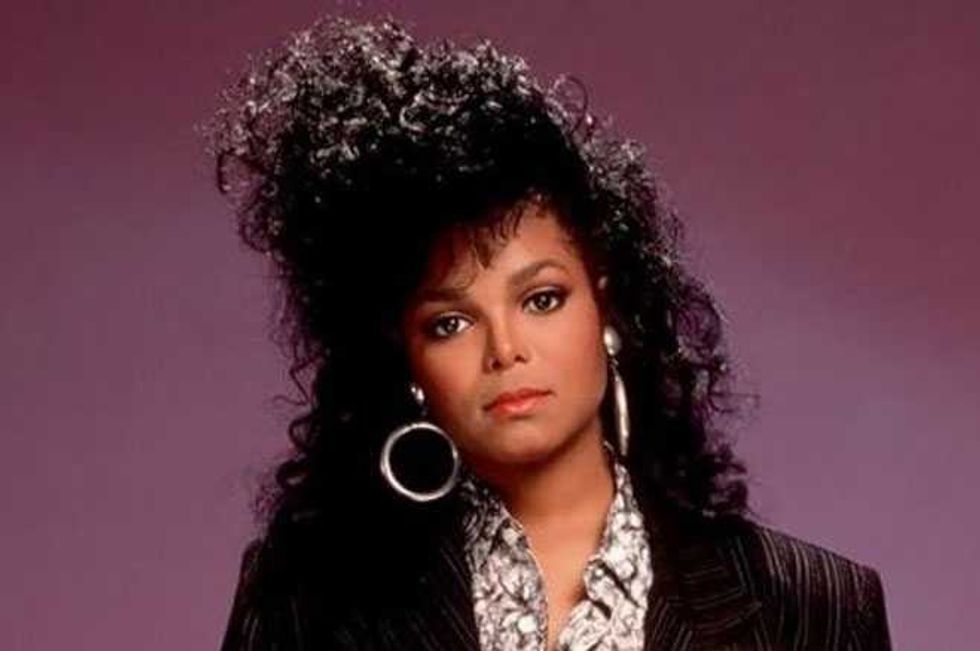 Previous Next
Janet Jackson was a total '80s babe and carried off her curls beautifully. 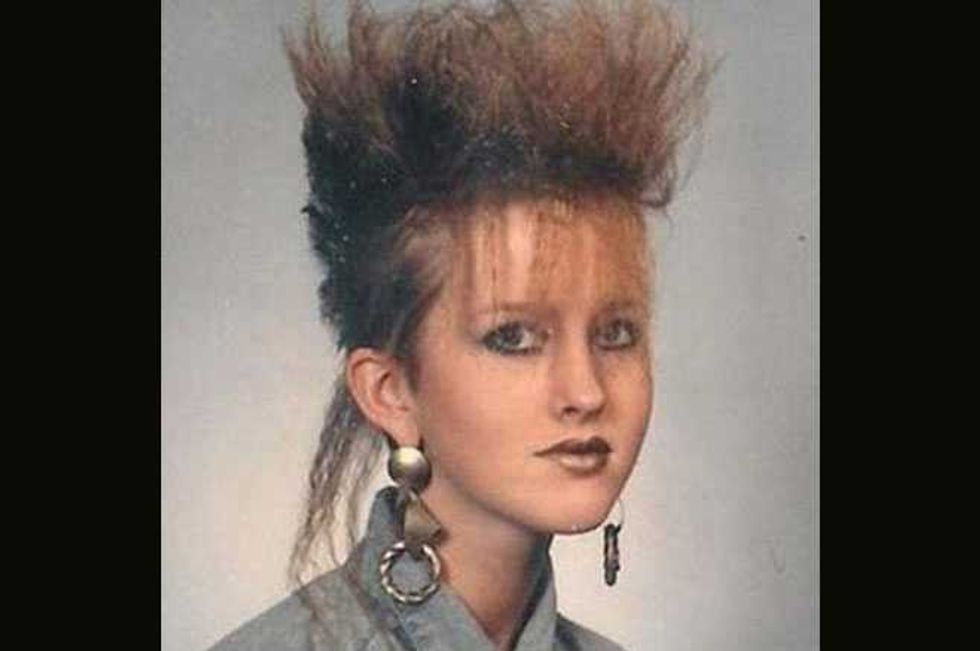 Previous Next
This girl has balanced her crimped do with her huge huge earrings. Now THAT is stylish. 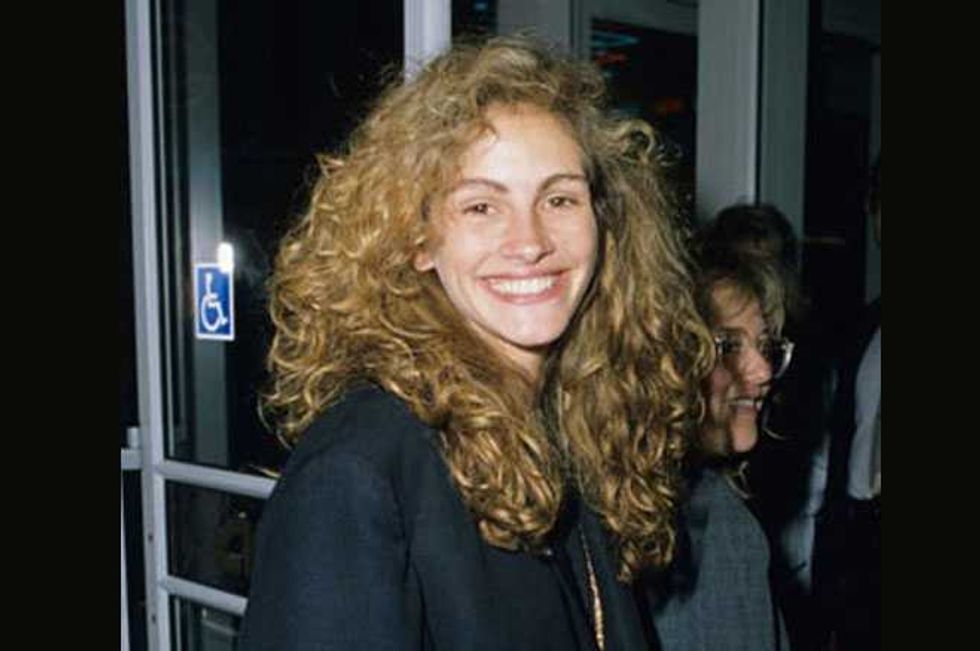 Previous Next
Julia Roberts wasn't always the polished chic movie star she is now—in her early days it was all about the hair, and it was BIG. 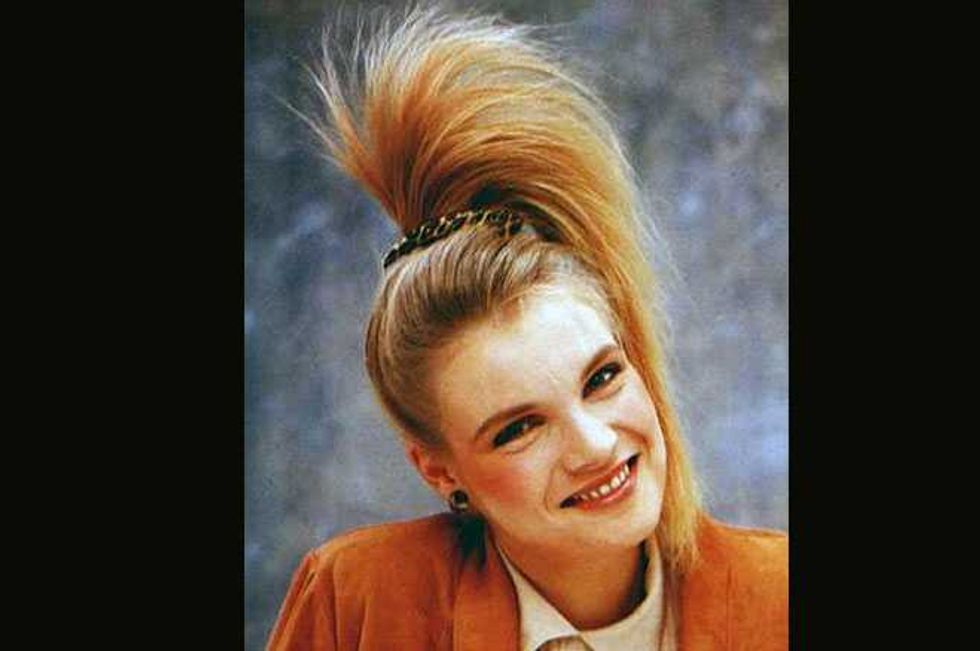 Previous Next
A cheeky smile and a feathered side pony, perfect. 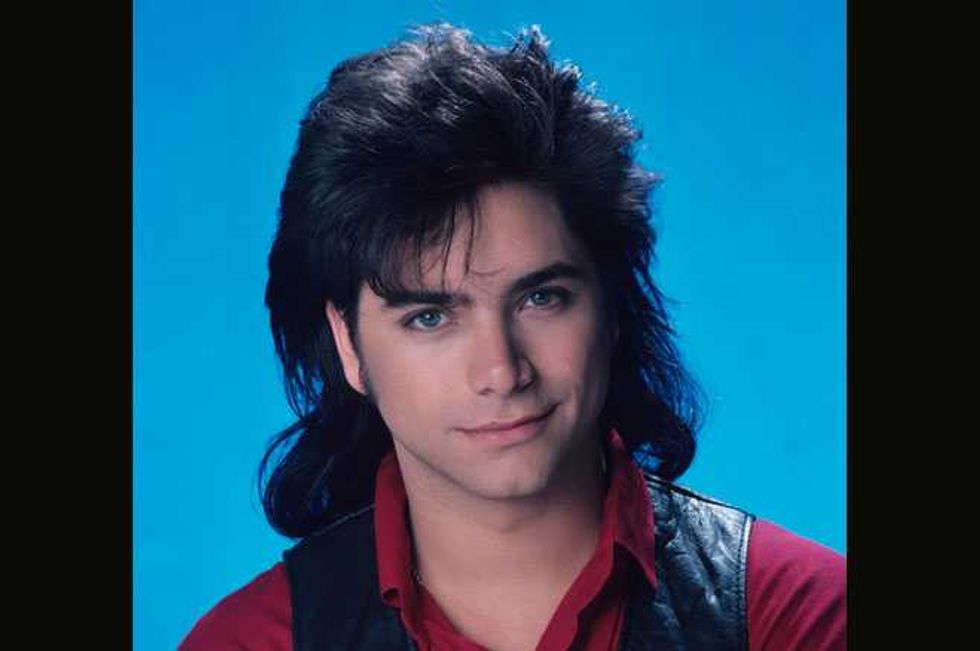 Previous Next
John Stamos has his mullet teased to perfection. 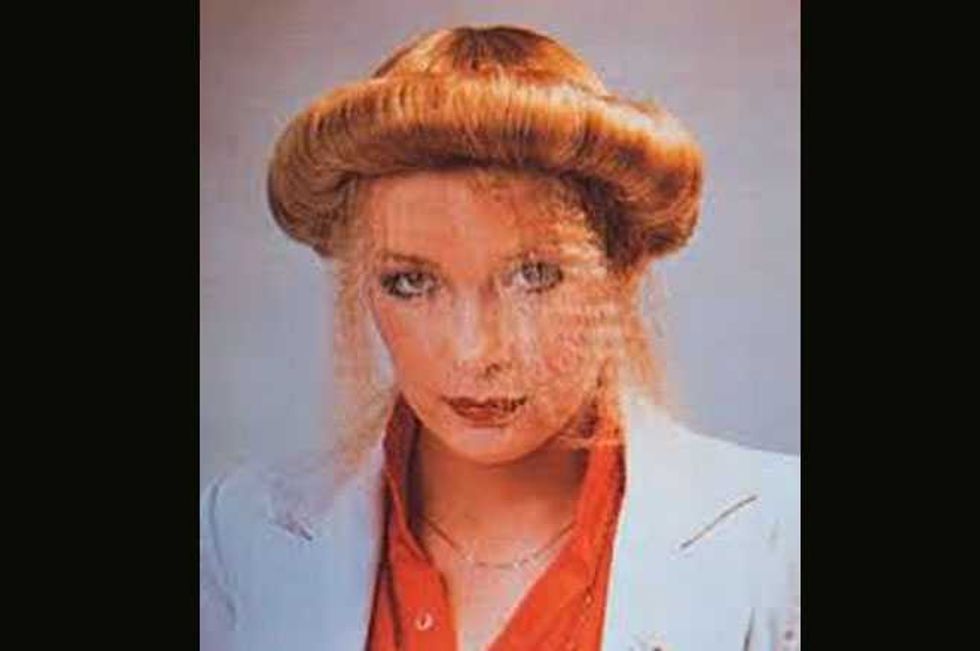 Previous Next
Is it a hat or is it her hair? Who knows. 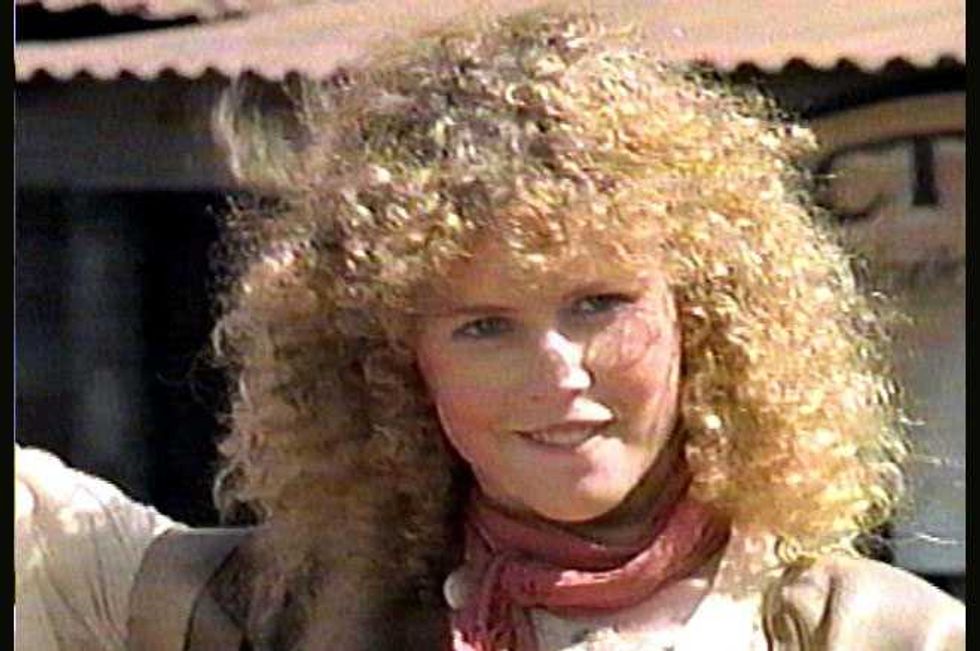 Previous Next
Nicole Kidman is almost unrecognizable with this mane of spiral curls and her original face. 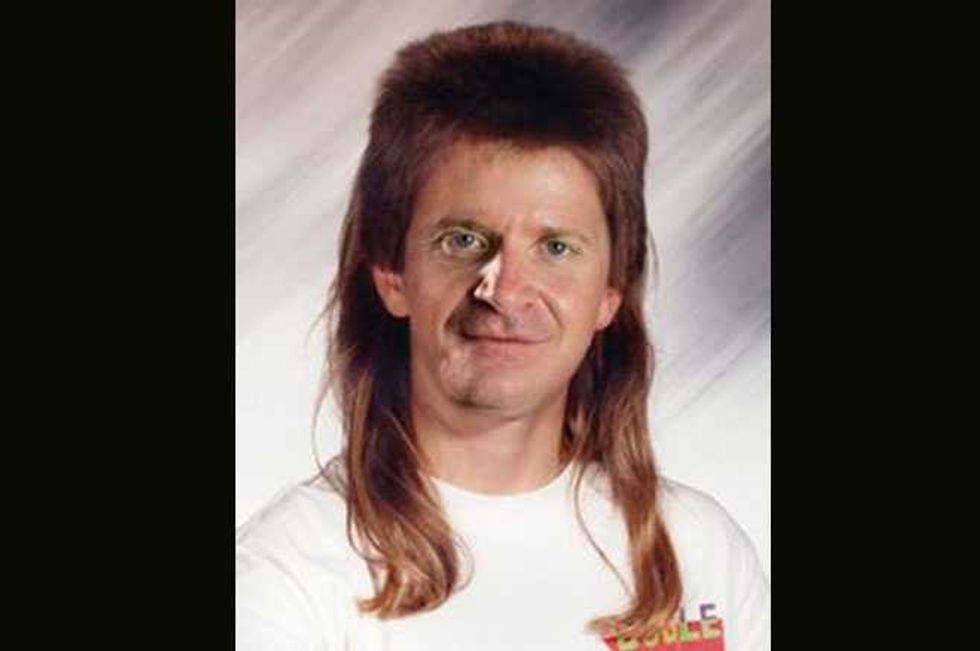 Previous Next
This man has done the impossible and rendered me speechless. 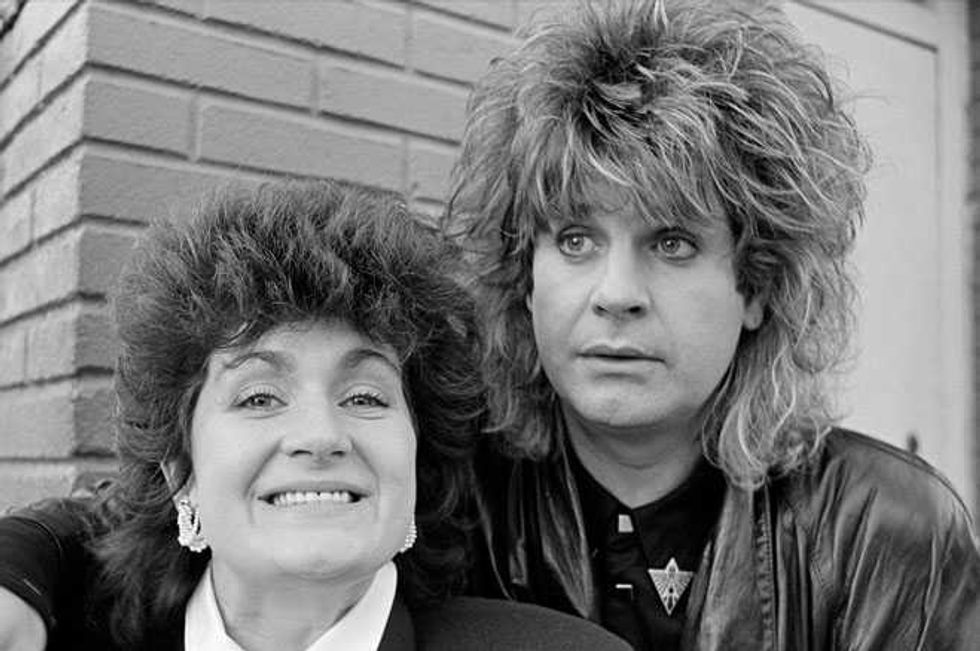 Previous Next
There are many things that are scary about Mr & Mrs Osborne, but nothing more so than their 80s hair. 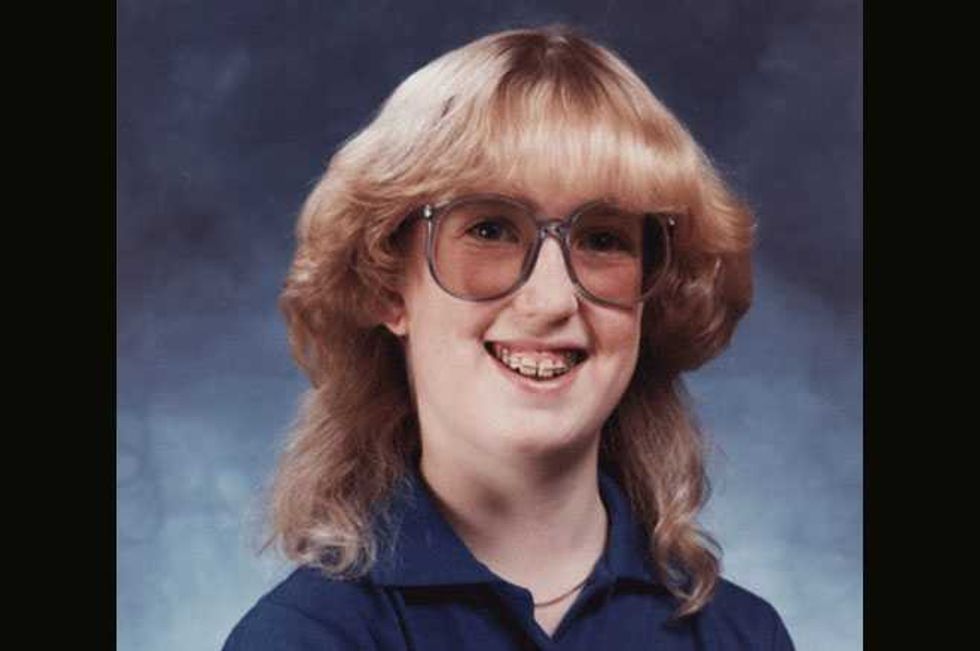 Previous Next
This one's known as the mushroom for obvious reasons (loving those specs too). 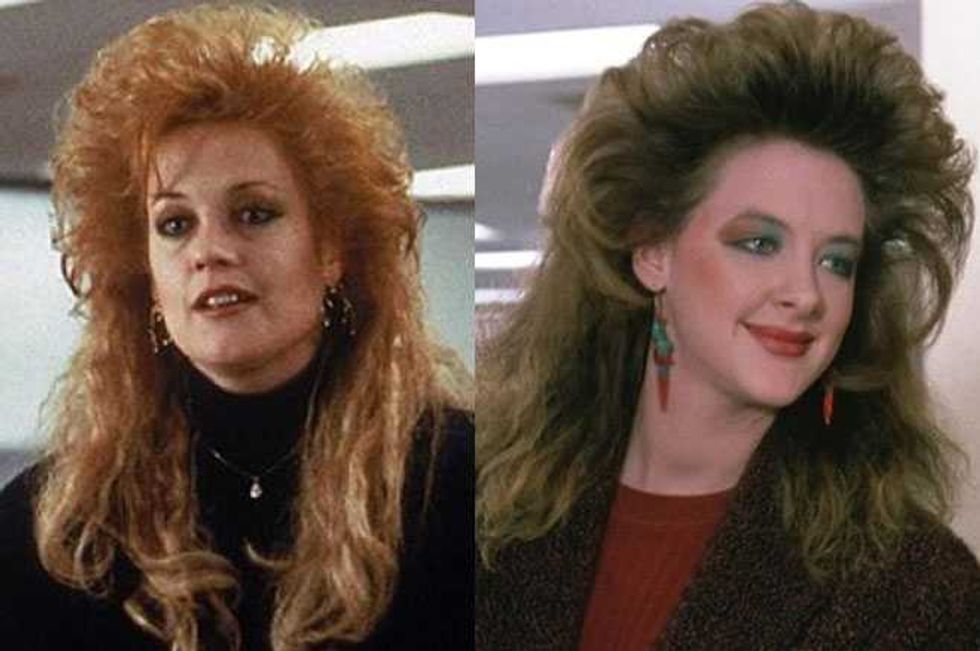 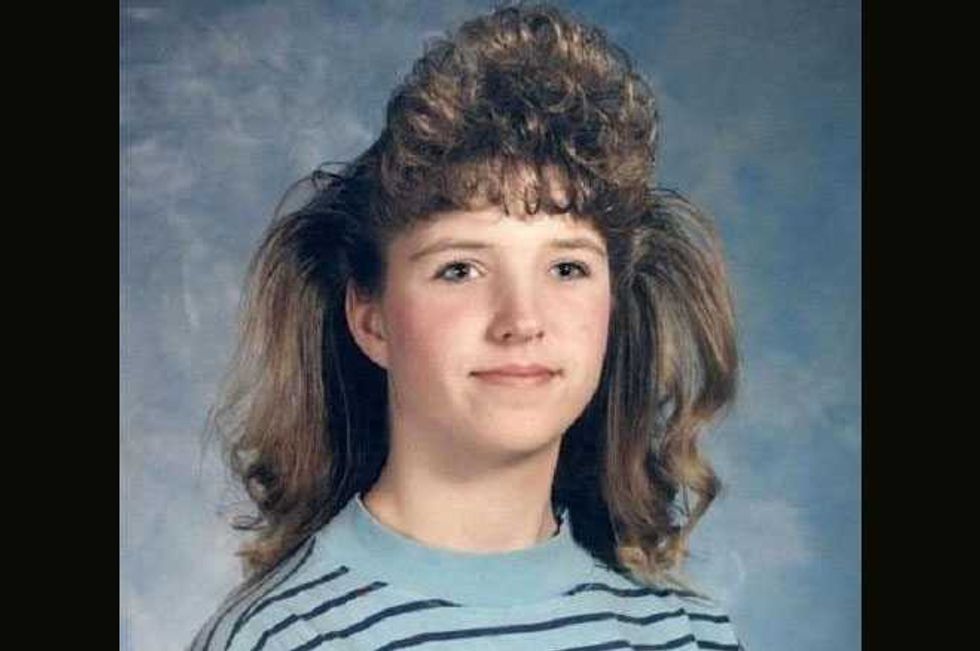 Previous Next
She wasn't sure if she wanted the mullet, the perm, the mushroom or the backcomb – so she went with them all just to be on the safe side. 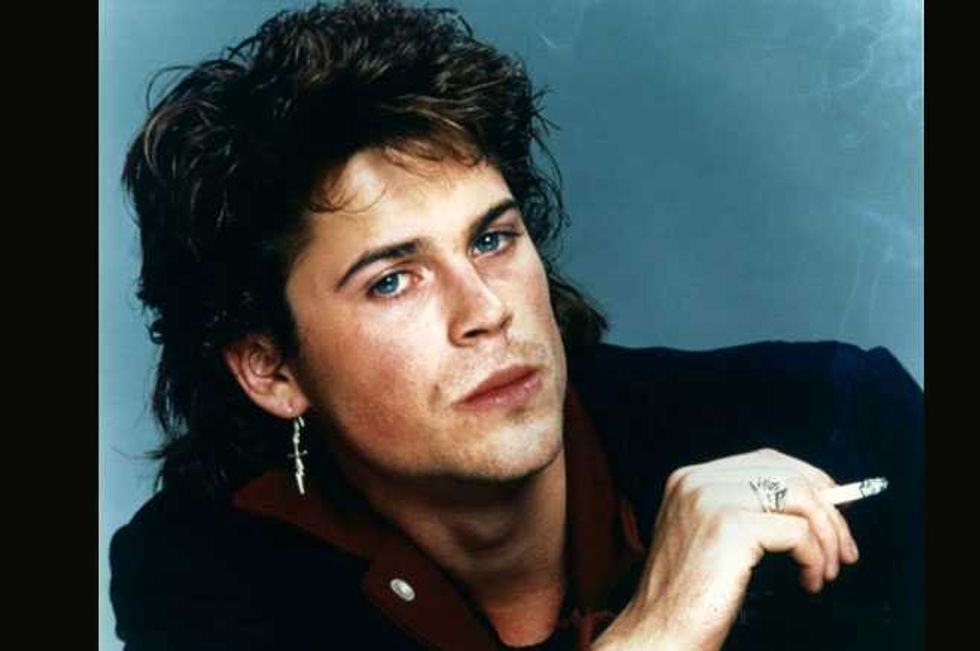 Previous Next
Rob Lowe was the oh so beautiful, troubled bad boy in St Elmo's Fire—so beautiful we could even forgive his dodgy mullet. 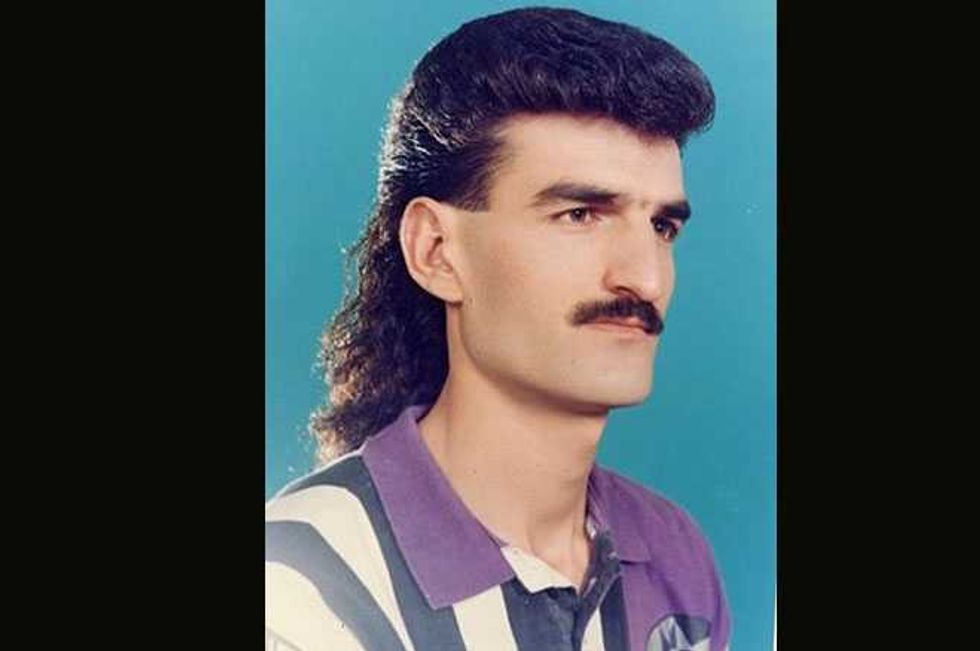 Previous Next
Someone, somewhere has this guy standing next to them in their wedding photos. 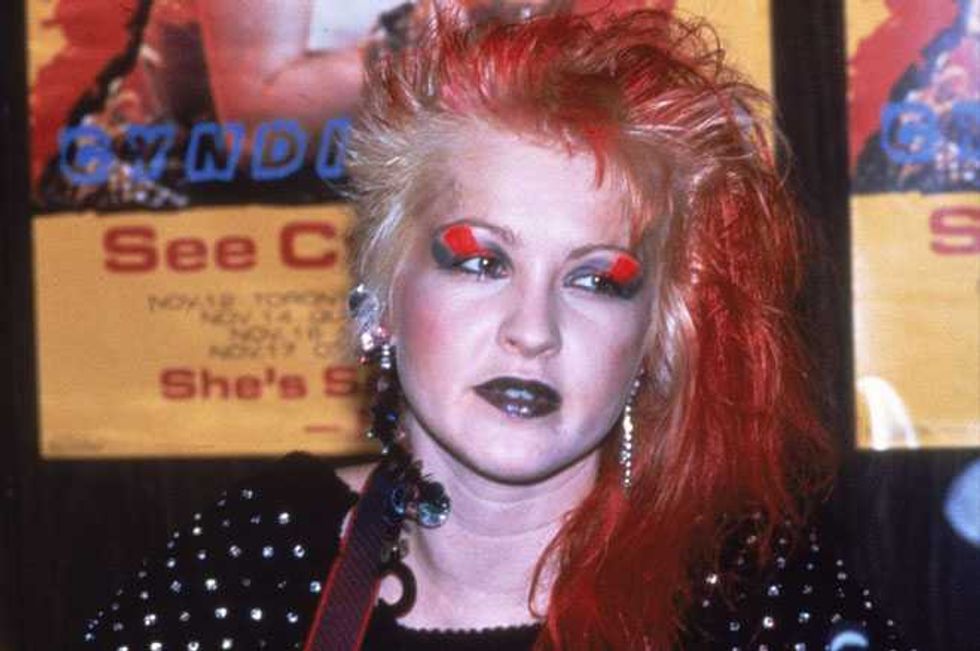 Previous Next
All Cyndi Lauper wanted to do was have some fun, she discovered that matching your hair to your eyeshadow was the way to do it. 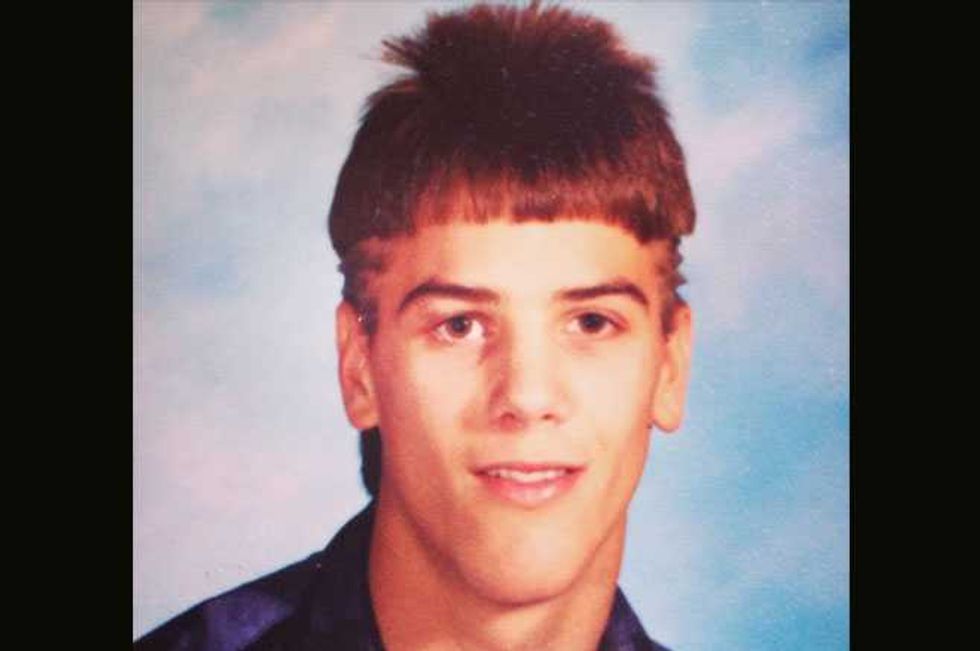 Previous Next
Check out the razor lines he's shaved in as he didn't think he'd done quite enough with the fluff and the bangs. 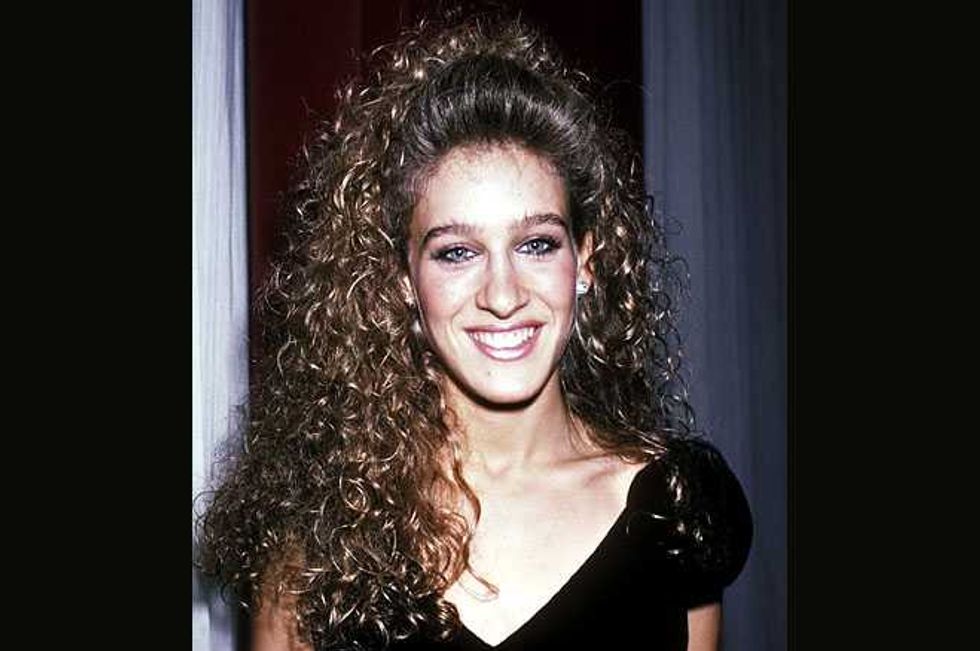 Previous Next
Sarah Jessica Parker fell head first into a huge curly perm and has never looked back. 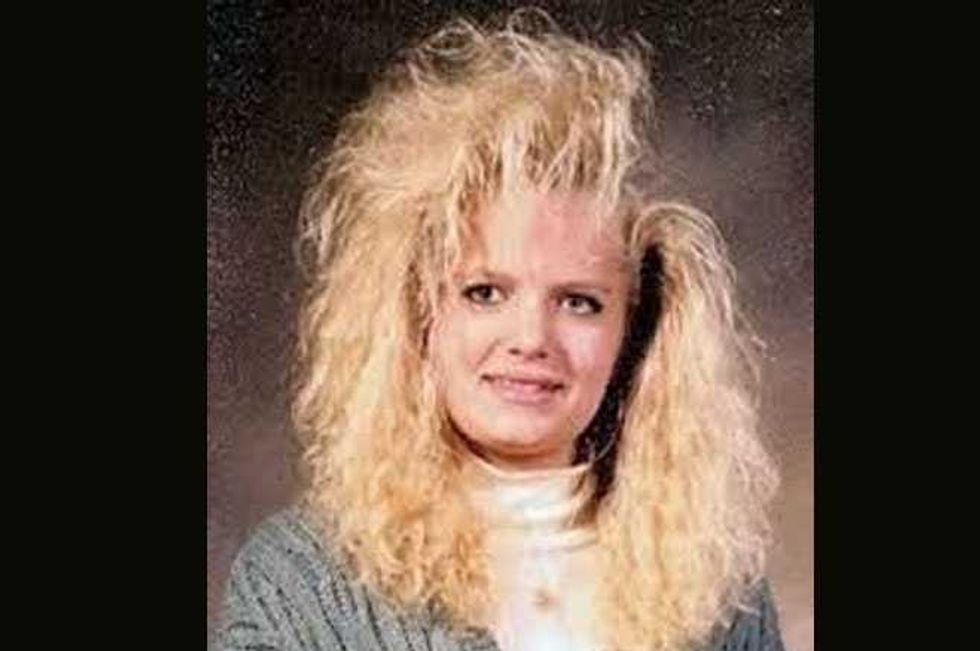 Previous Next
This poor woman looks exhausted from having to get up so early to put in enough back-combing hours.