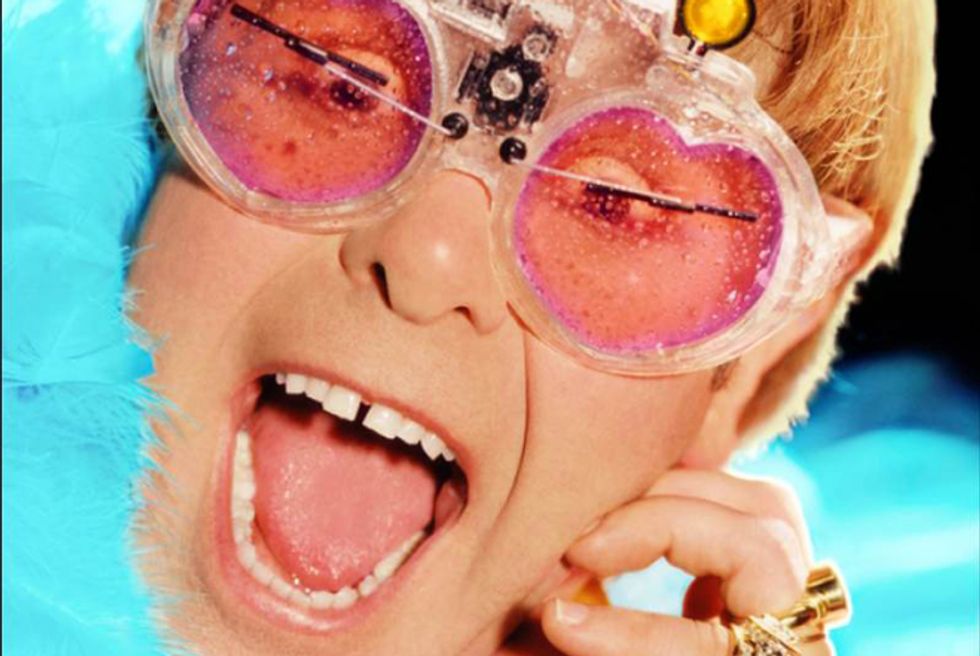 Sure, Elton has birthed tunes that a lot of perfectly normal people enjoy—"Your Song" is one of the most popular wedding songs of all time and The Lion King score is an ageless treasure—but he had Bernie Taupin and Sir Tim Rice respectively guiding him into the normal light.

Today, as it is the great man's 66th birthday, we thought we'd salute to the eccentricities that make Sir Elton Sir Elton. Here's what we found...

For the love of Christ, put some windshield wiper goggles on the peepers!

Heh, he sure did love his cocaine!

His sons' middle names are "Daniel" and "Levon." Subtle self-promotion there, Elt?

"Pretty girls and boys in drag/Walking a fine thin line/Shaking hands and bussing cheeks/Licking their lips like they could eat/Me alive in a couple of weeks/Yeah, just like Noah's ark"

Imagine a time when you only had to pay 60 cents for such glorious copywriting.