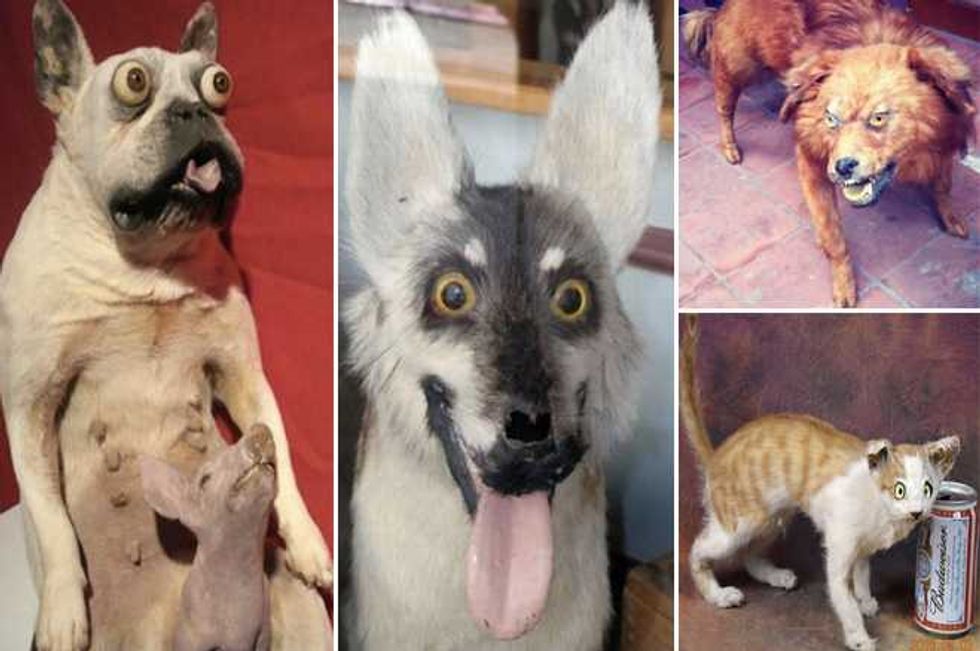 In case you didn’t know, there are a lot of weird people out there in the world. Some of them are so insane, that instead of burying their beloved animals when they head on over into the afterlife, they have them skinned, stuffed and mounted via taxidermy so that their furry friends can be by their side until the end of time.

Usually when this is done, the result is not only horrific and incredibly disturbing, but also morbidly hilarious as Fluffy and Spot end up looking like something out of a low budget horror flick.

PHOTOS: The Hands Down Saddest And Most Tragic Taxidermy Attempts Ever