The Hanson Brothers Used To Have Dance Moves 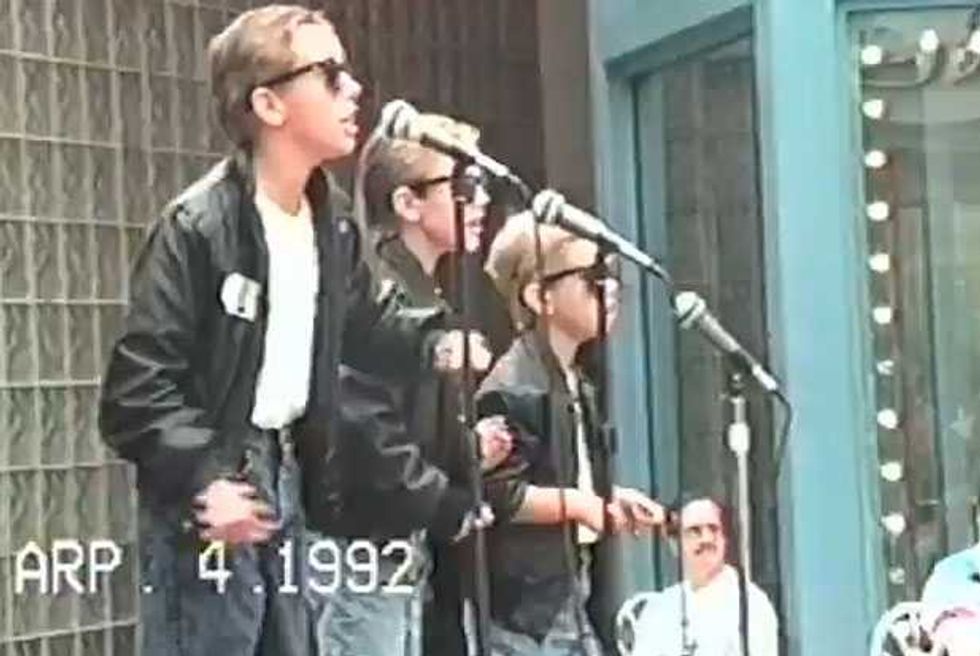 The Brothers Hanson are celebrating 20 years together in 2012, a milestone if you've been counting back from their first live performance, which most of us outside of Tulsa, OK and its surrounding malls have likely never seen. In honor of their escaping the fate so many family and boy bands inevitably reach once puberty subsides and the itch for solo fame sets in, the guys have been releasing special treats to those fans who've stuck around. Today's your lucky day, Darren Criss.

Below is an adorable video from their first live performance at the Tulsa Mayfest in 1992, which features the boys in matching denim and shades, standing in height order and having a hard time getting their rhythmic snaps to look effortless. They'd improve immensely by the time "MMMBop" hit five years later, but maybe this should be a lesson to those who scoff at the likes of the Mini Warbler, Princess Sophia Grace or any talented Toddlers & Tiaras contestant. Sometimes it's hard to know what "cute kid" act will transform into something more legitimate rather than novel, so it's best to start sucking up now.