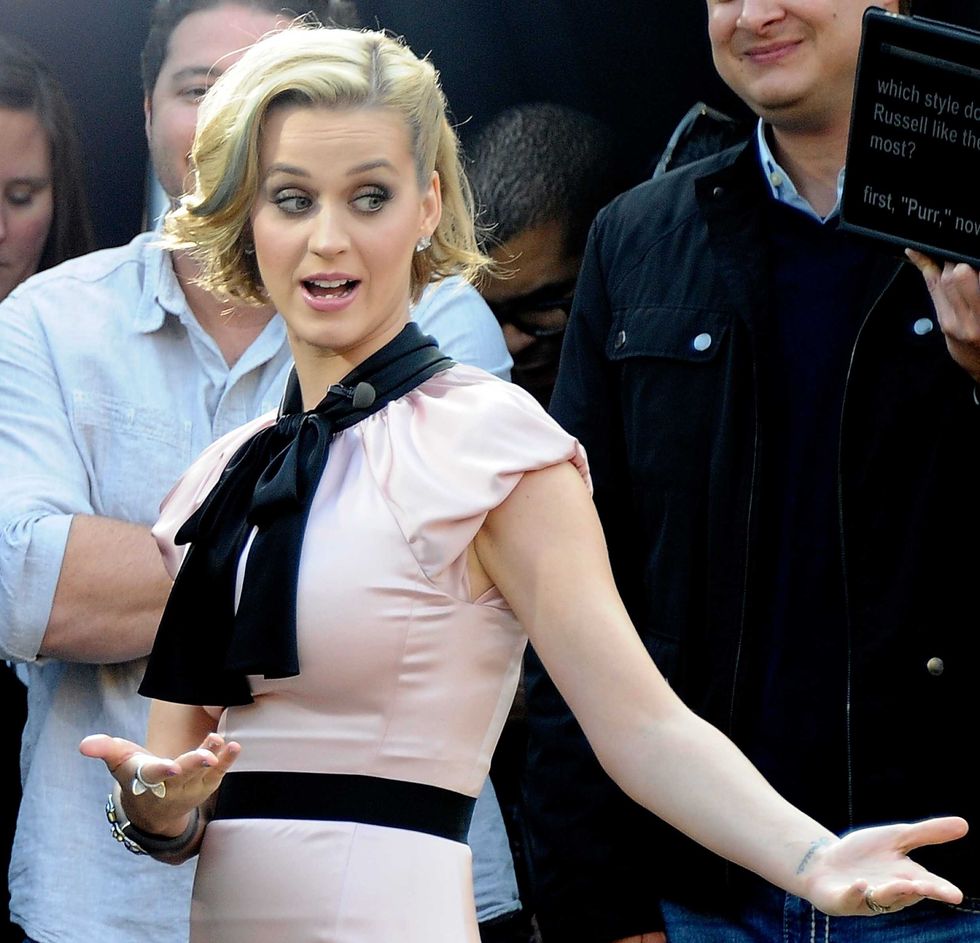 Get our your scorecard and brush up on your Joan Rivers impression, awards season has begun! The 38th annual People's Choice Awards, the ceremony Hollywood loves to convince us is just if not more important than the Grammys or Oscars because it's chosen by we the people, was held in Los Angeles on Wednesday night, sans nominee Katy Perry, who tweeted her last-minute change of plans on Monday. Despite not being there, Perry managed to have a good night—as expected—taking home four big music awards including Favorite Female Artist and Favorite Song of the Year, as well as a television award for her guest role on How I Met Your Mother.

With over 230 million votes cast, Perry shut out top seller Adele in every music category, proving that while more people may be buying the Brit's album, Perry is the girl fans want to hang out with—because her father invented toaster strudel or John Stamos told her she was pretty on a place once or something. Lady Gaga's Born this Way won Favorite Album of the Year while Demi Lovato's Favorite Pop Artist award likely helped her forget about that lackluster performance. After that Les Miz snub, Glee star Lea Michele was rewarded for her portrayal of Rachel Berry and all her bountiful neuroses with a Favorite Television Actress trophy, leading her to thank all her fellow wannabe Barbras in the audience. Take that, Taylor Swift! Check out Demi's performance of "Give Your Heart A Break," and a full list of musical winners, below.

FAVORITE SONG OF THE YEAR

FAVORITE ALBUM OF THE YEAR