The Rihanna "S&M" Lawsuit Era Is Half-Past Us 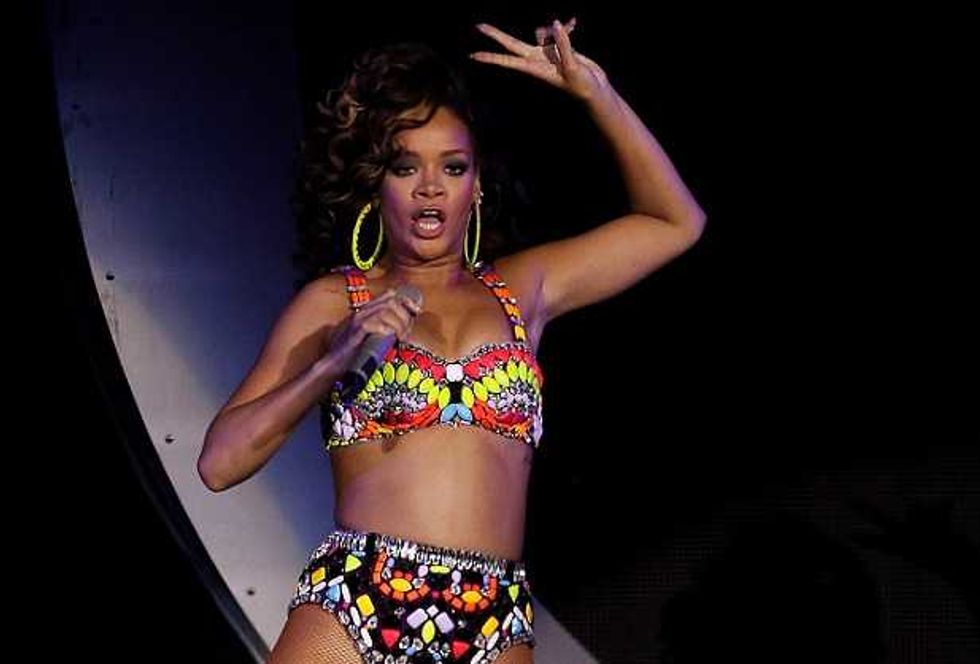 As for LaChapelle, though, he received an undisclosed amount of money--originally, he sought $1 million, but it's unknown how much of that he got--in a settlement. The photographer was quoted as saying "I like RiRi," which tends to happen when RiRi gives you wads of cash. He also compared sampling videos to sampling music, which generally requires you to pay. Sounds enough like grounds.

But enough about photographers. The real question is, who's going to sue Rihanna for the "We Found Love" video. Darren Aronofsky, for the pills and camera reels? Chris Brown or Sisqo, for their signature blondeness? Some stylist, for some particular scrunch to Rihanna's hair? Maybe Calvin Harris can even get involved, as he's probably a bit sore about being upstaged as of late by that Dudley video-model guy. The possibilities never end. May they also never begin.