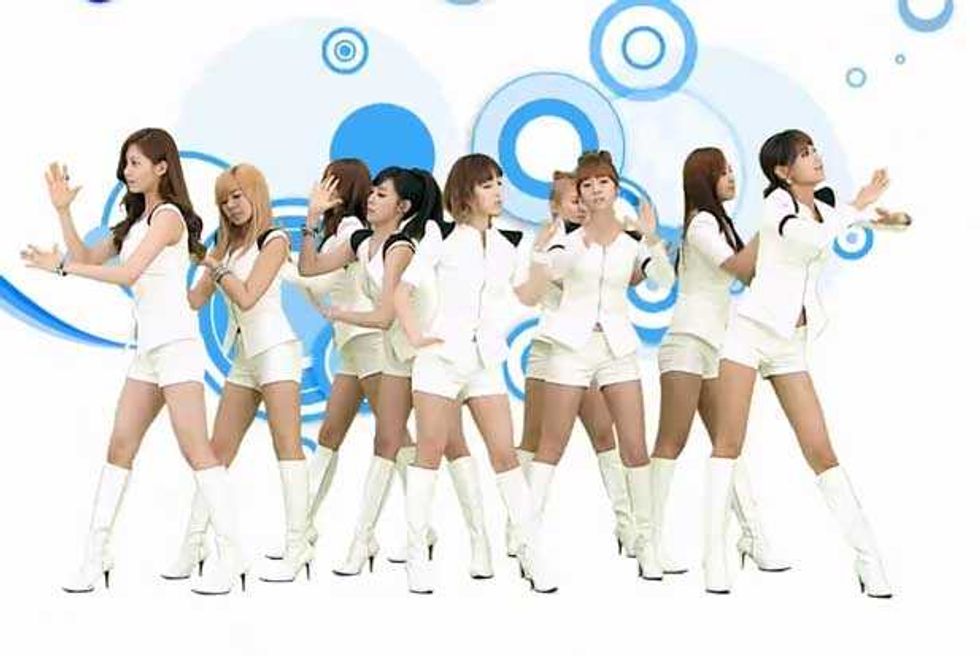 The nine-member K-pop outfit Girls Generation (also known as SNSD, which acronymizes their Korean name, Sonyeo Sidae) is no stranger to putting its weight behind big brands; they've collectively and individually lent their image to brands like Domino's Pizza and Clean and Clear, although there probably weren't any "pizza face"-related synergies between those two campaigns. Their new track "Visual Dreams" is actually the result of their collaborating with computer-chip giant Intel—and that bit of sponsorship's probably why "core," one of the few non-Korean words to be sung by the young ladies, is repeated over and over again under the chorus.

Language barriers aside (something tells me this translation is a bit imperfect), "Visual Dreams" is just a fun pop song, with synths jigsawed in seemingly haphazardly (yet completely sensical) ways and the nine members singsong-flirting with their intended targets in a way that recalls the surface-innocence act of Norwegian pop star Annie's 2004 breakthrough single "Chewing Gum." Although instead of that song's steady burn, "Visual Dreams" takes flight right before its end, its slow growth accelerating in a pulse-quickening way. (Although it probably won't make me switch from my Mac anytime soon. Sorry Intel!)