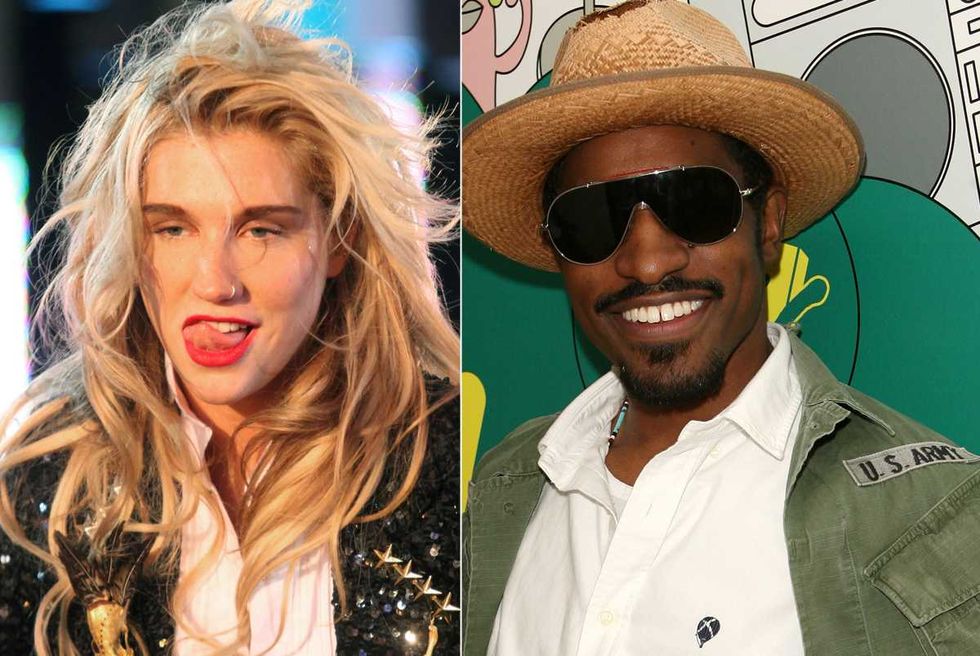 Ke$ha's boomy broadside against bad bottle-service clubs "Sleazy" was already fantastic, but a couple of verses from Andre 3000—yes, that Andre 3000—have officially elevated the song to next-level status.

So, to recap: Andre starts his verse talking about an absentee dad, and then effortlessly segues into chatting about his relationship with "this crazy lady named Ke$ha," who he toasts with Bailey's and impresses with the fact that his Mercedes isn't a brand-new car—which would be a sign of him throwing around money recklessly—but a 20something-year-old model. It's like the plot of the "Material Girl" video, only with a much more dashing male romantic lead and the line 'She says 'Stacks, you're true blue!' I say, 'no, I'm navy,'" which is probably pop's best romantic back-and-forth of the week. (Somebody get Britney Spears on the phone with Andre, please.)