The Singles Bar: Taylor Swift, "I Knew You Were Trouble" 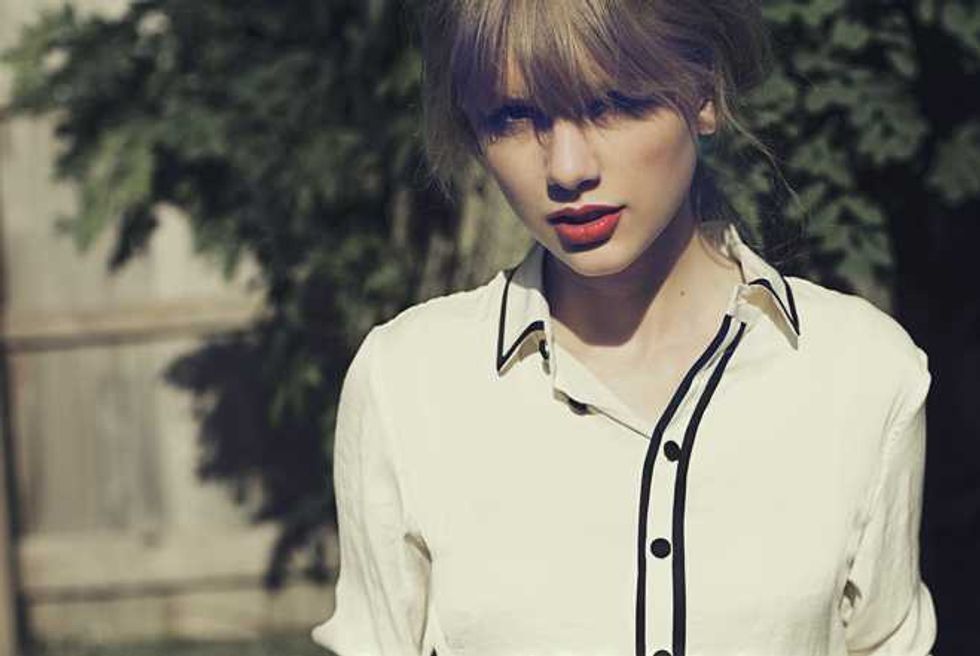 The words "dubstep" and "Taylor Swift" being used in the same sentence was enough to send the pop world into conniptions. Of all the major pop stars in today's scene, Taylor seemed like the only one safe from such bandwagon-hopping—after all, "Scary Monsters and Nice Sprites" and "Back to December" are on about as opposite sides of the Top 40 spectrum as you can get. Nonetheless, the rumors are true—Taylor has herself a dubstep song with "I Knew You Were Trouble," sure to be either a boundary-shattering, mind-expanding success or a disastrous, potentially career-derailing disaster.

But really the results, for better or worse, are far less extreme than all that. Yes, the song has a clear dubstep drop in the chorus, which is led up to in the pre-chorus, but it's not really a dubstep song—think Alex Clare's "Too Close," where the rest of the song just sounds like a guitar-led rock ballad until you hit the big one. The difference is that the drop in "Too Close" is so enormous and overwhelming that it ends up coloring the rest of the song, where in "Trouble," the bass is much less pronounced, the drums much less severe. It feels much more innocuous and much less blind-siding. not quite fitting in seamlessly to the rest of the song, but not particularly standing out from it either.

And the rest of the song...well, it sounds a little like a Katy Perry song, with a bit of the pharsing and attitude from Paramore's "Misery Business" thrown in. (Listen to how "Now I'm lying on the cold hard ground" from the chorus to "Trouble" echoes Hayley's "Coz I got him where I want him now" from "Misery.") The song's real hook isn't the dubstep drop, it's the way Taylor's voice bounces along the title lyric, "I-knew-you-were-trouble," on the refrain. The song's wub-wubbier elements ultimately feel like window dressing, immaterial to the success of the song.

So is the song a success aside? Well, it's neither her worst nor her best effort, though of the three sort of post-relationship songs we've heard so far from Red (after "We Are Never Getting Back Together" and the title track), it's probably the least striking, not as empirically catchy as the former or as lyrically detailed as the latter. That said, it does have some nice moments—the misleading rave-up guitar intro, some notably confessional lyrics ("I guess you didn't care / And I guess I liked that" being a standout), and the trademark Taylor lyrical transformation of "And he's long gone when he's next to me" to "He was long gone when he met me" in the pre-chorus all among them.