The Super Bowl Halftime Show According to Jack Donaghy 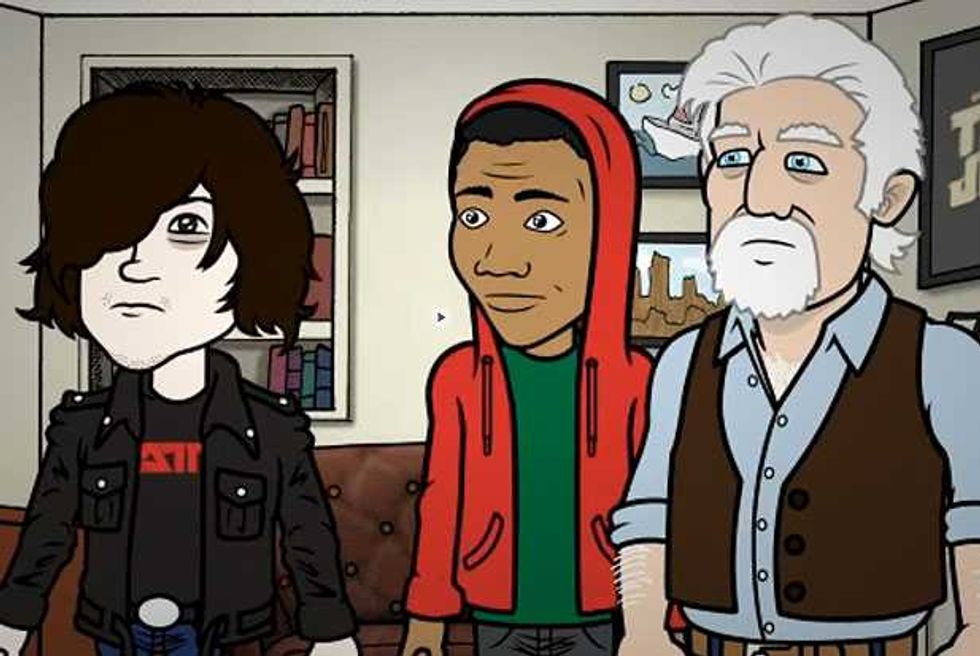 Things we love: television theme songs and Jack Donaghy. You may think that the Super Bowl halftime entertainment is set, Madonna, but the bosses at NBC are secretly contemplating other ideas as we speak. Modern day Reagan John Francis Donaghy meets with his animated, musical triumvirate in the latest episode of "The Donaghy Files," 30 Rock's webisode series. In the confines of his office, the unstoppable combination of Michael McDonald, who wrote a song for Van Halen's 1984, Ryan Adams, still married to Mandy Moore, and Childish Gambino, who changed his Twitter handle—so you would stop making dick jokes, pore over the pitiful TV theme songs that remain in network possession, brainstorming the quickest way to a "synergy erection" (Jackie D's term, not ours). Adams is a good sport about getting stuck with the theme to Passions, the late soap opera in which midgets and magic ran wild, while Gambino raps to the beat of Knight Rider. We love the Dong Lover in all of his many forms, but we'll always have a soft spot for Zack Morris, which is why that "golden voiced bastard" McDonald gets our vote for his turn on Saved By The Bell.

But wait! Does The Voice premiere right after the game? (YES GOD YES.) Thanks for playing, guys. But Cee Lo will more than do. Everybody loves a bald guy in sunglasses.