The Week in Celebrity Fashion: The Best, Worst & Most Ridiculously Dressed Stars 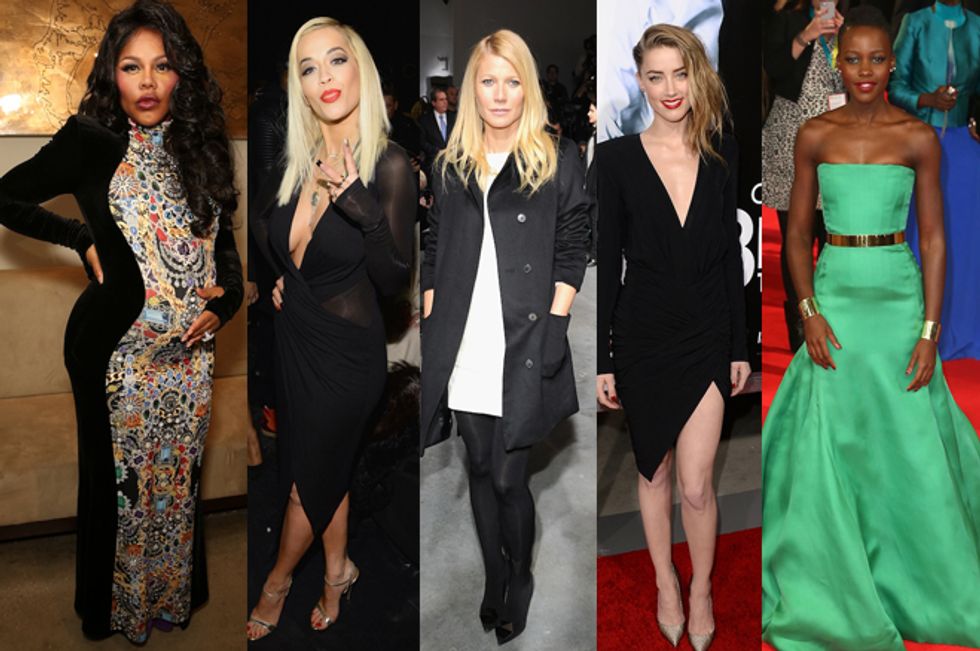 Previous Next
Find out who were the style winners and sinners in Popdust's weekly feature. 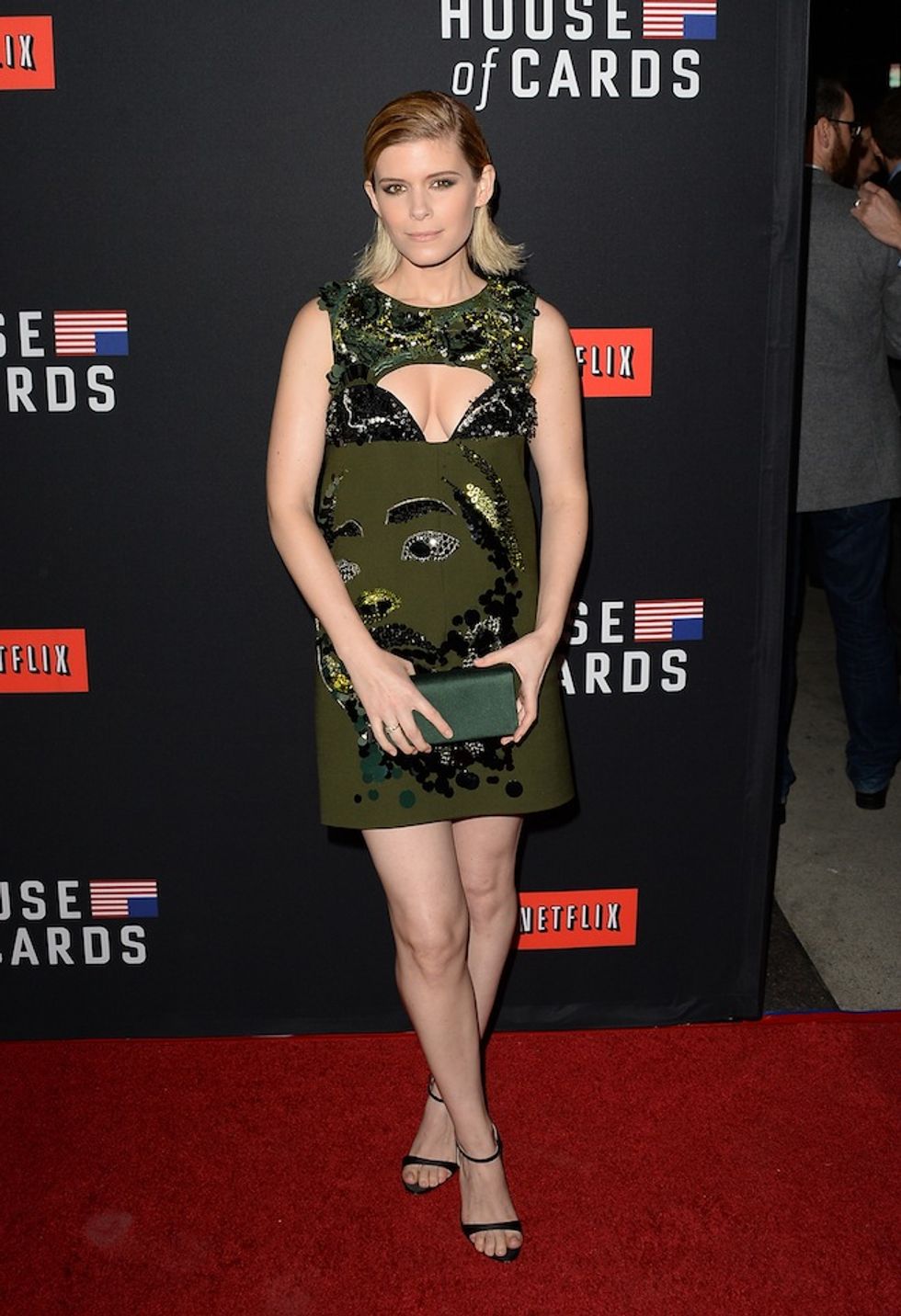 Previous Next
Worst:Not sure if it was her strangely boobalicious puke green Prada frock embellished with a face or her cringe-worthy slicked back blonde hair, but Kate Mara missed the mark at the season 2 premiere of House of Cards. 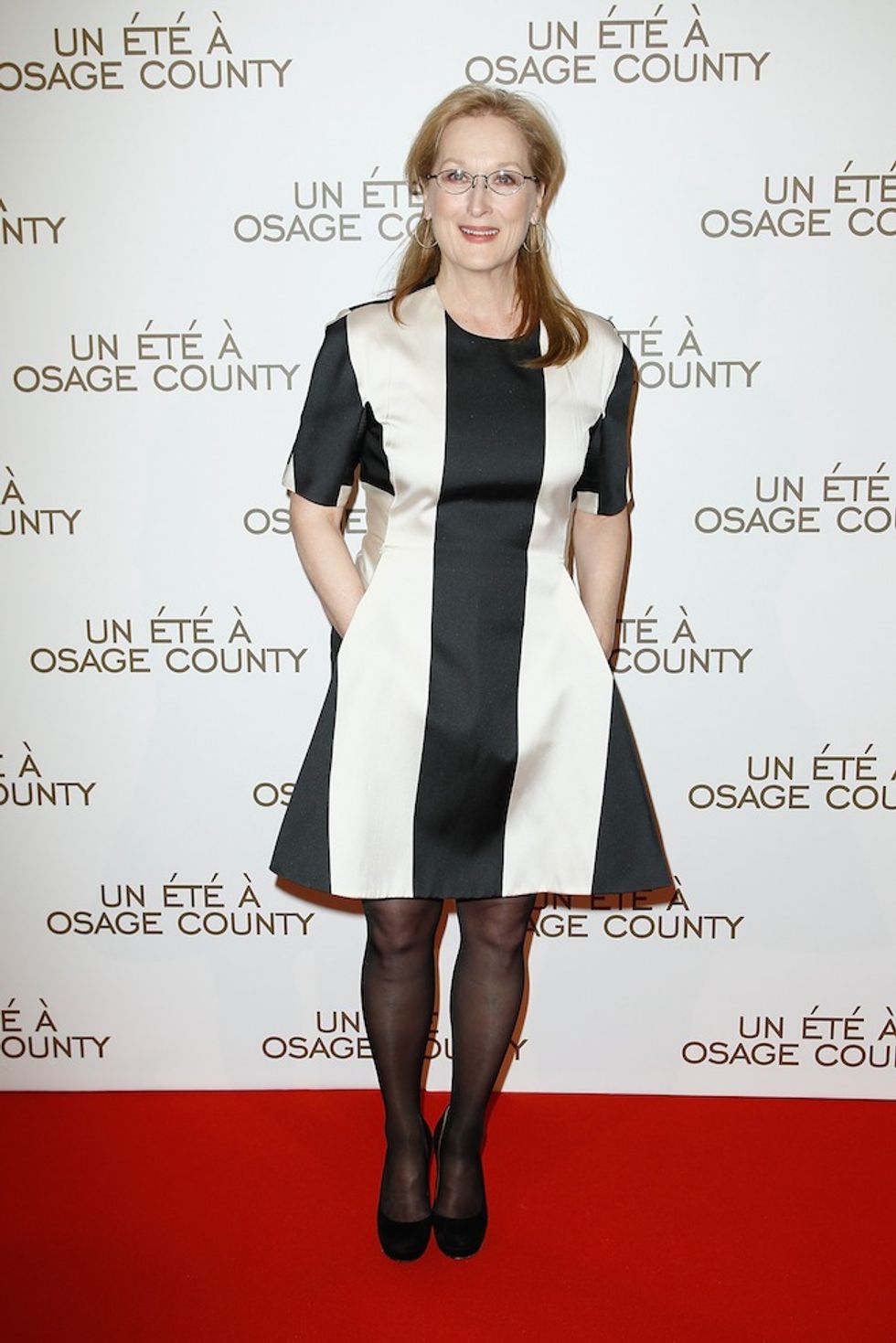 Previous Next
Worst:What's black and white and making us see red all over? Meryl Streep looked pretty stupid in stripes at the August: Osage Country Paris premiere. 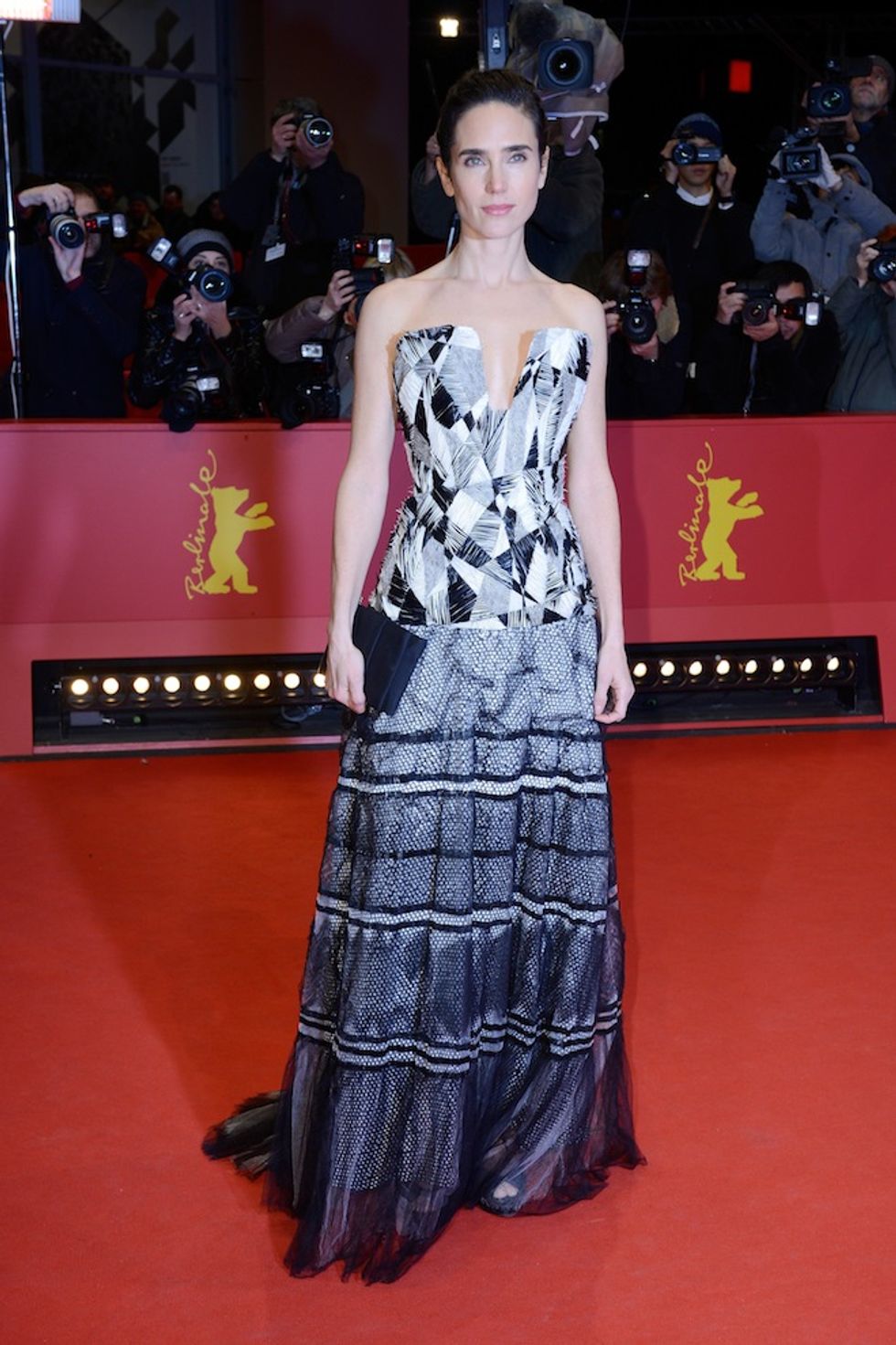 Previous Next
Best:Jennifer Connelly looked chic in a geometric Chanel strapless gown at the Berlin premiere of Aloft. 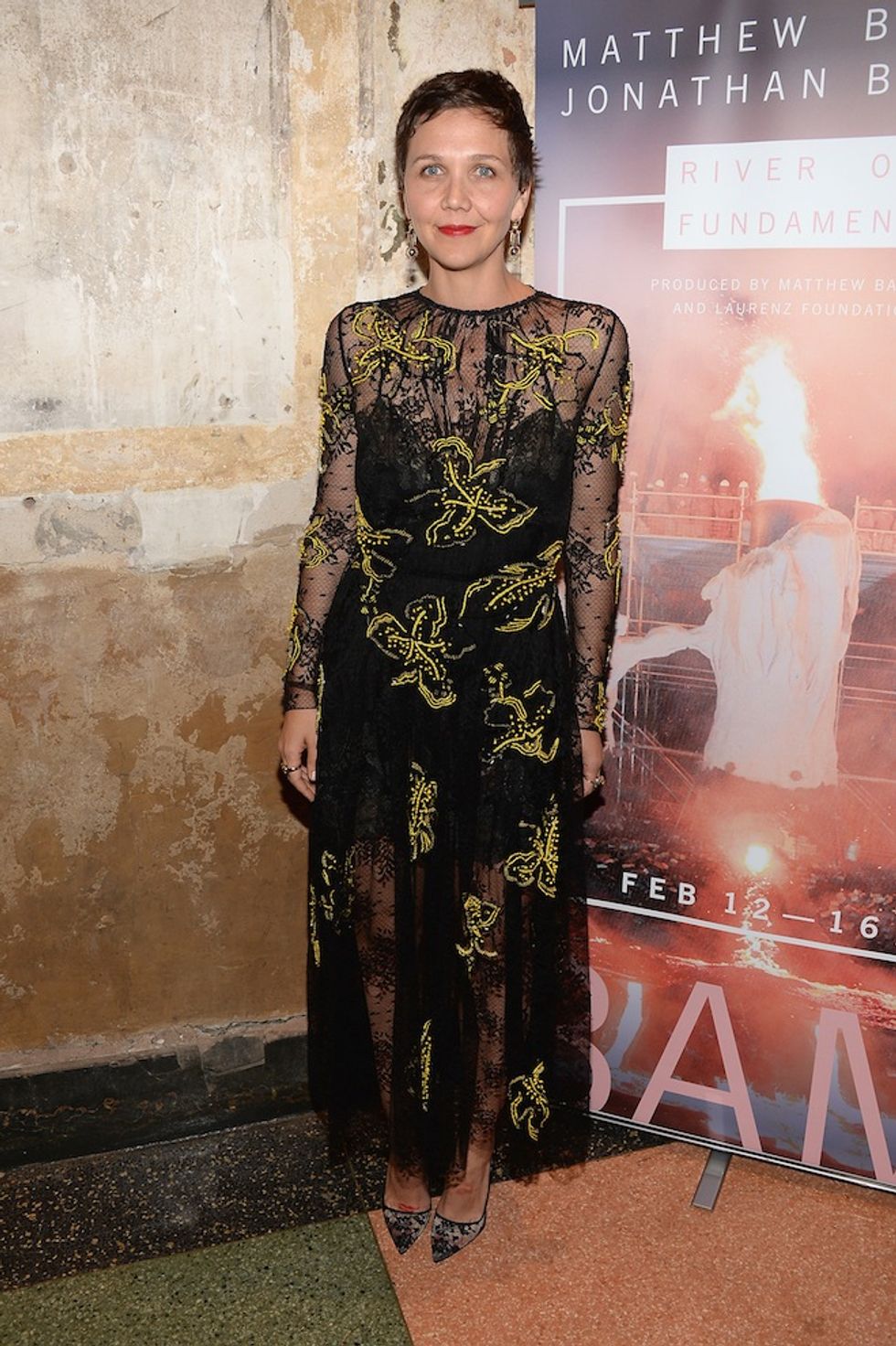 Previous Next
Worst:Maggie Gyllenhaal didn't come close to pulling off this black and yellow sheer frock at the NYC premiere of River of Fundament. 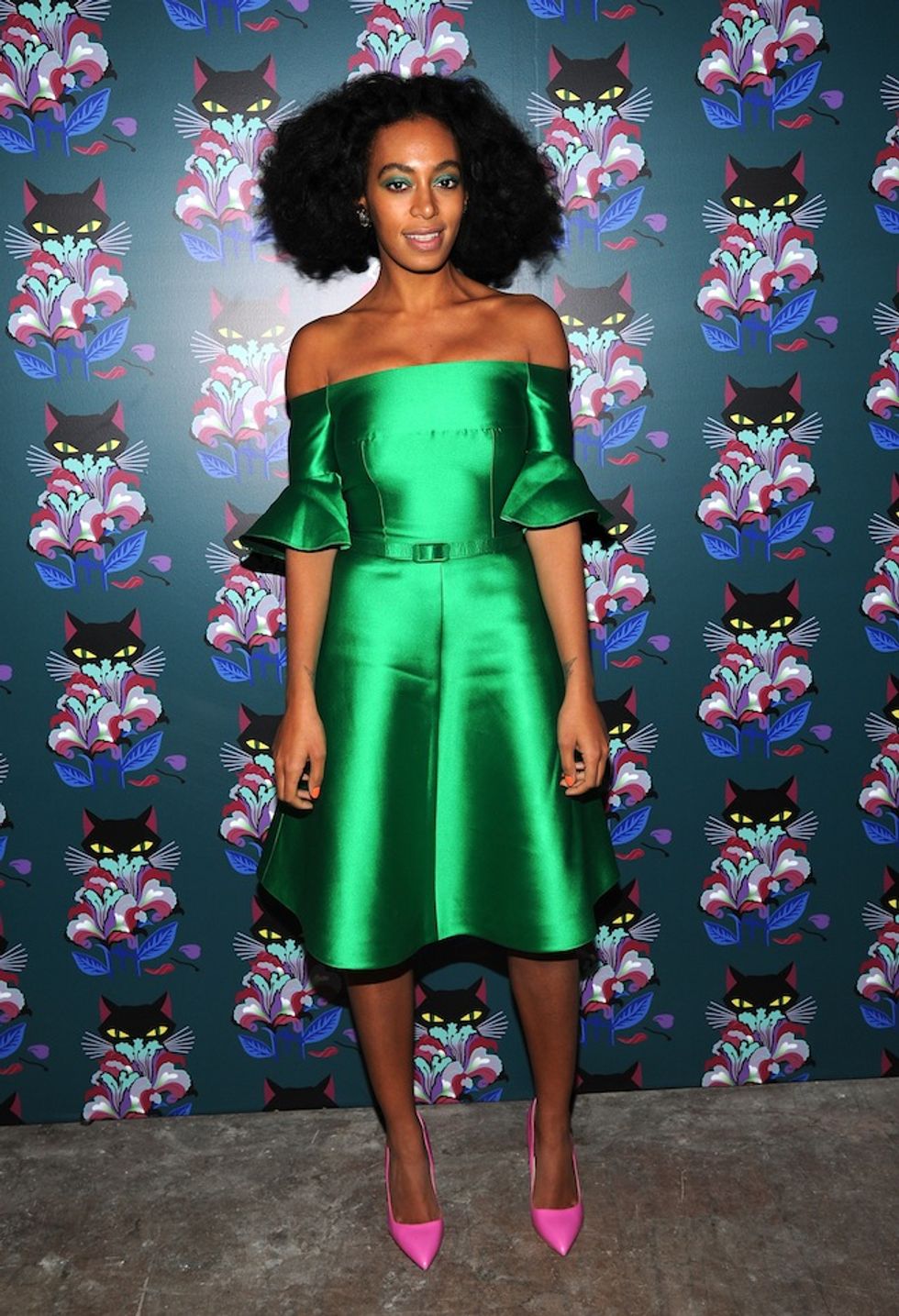 Previous Next
Worst:Solange Knowles definitely got attention in her bell-sleeved bright green Carven off-the-shoulder frock at a Miu Miu bash, but not because she looked good. 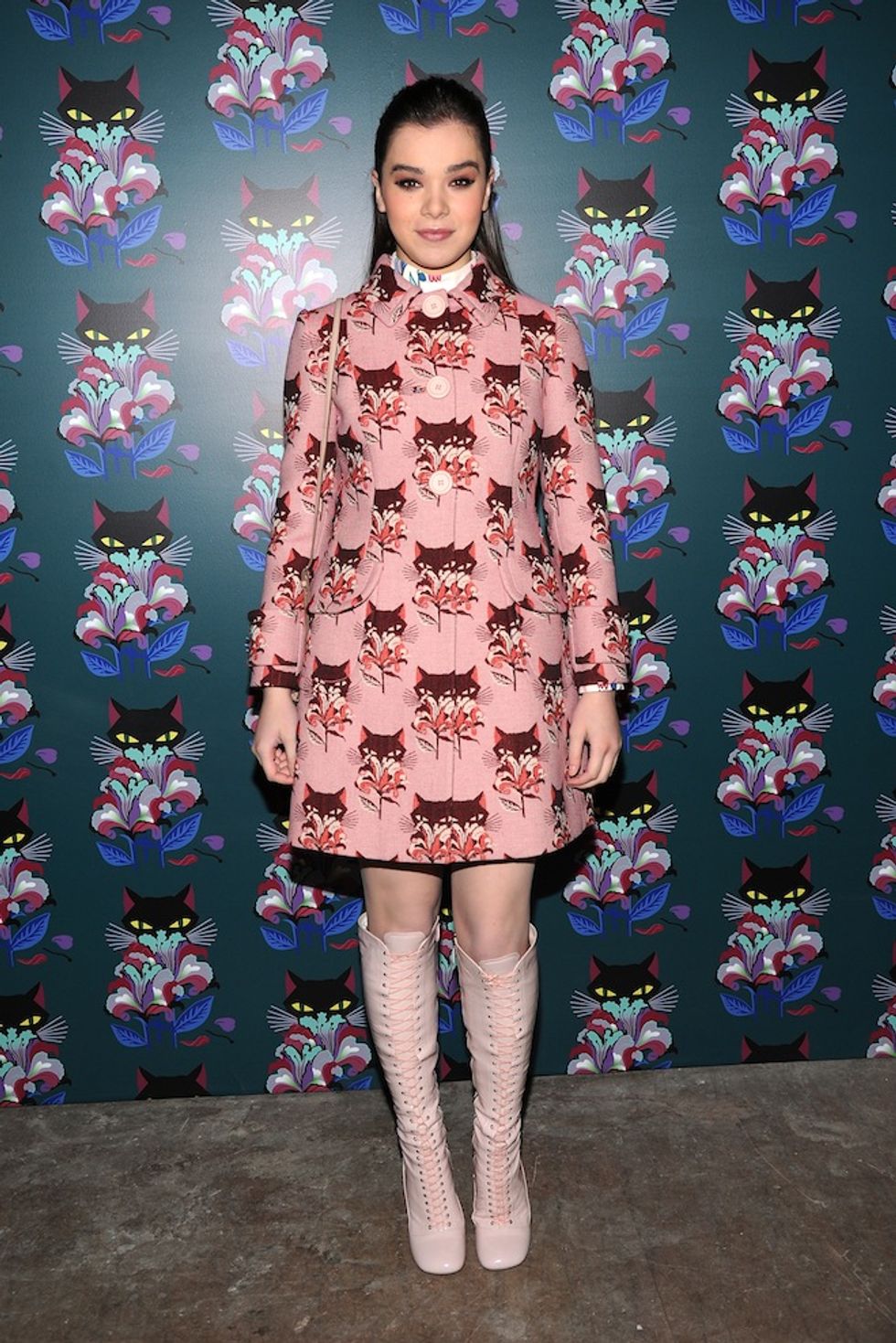 Previous Next
Worst:Hailee Steinfeld, the face of Miu Miu, went way too Mad Men with her go-go boots and cat print coat the brand's bash. 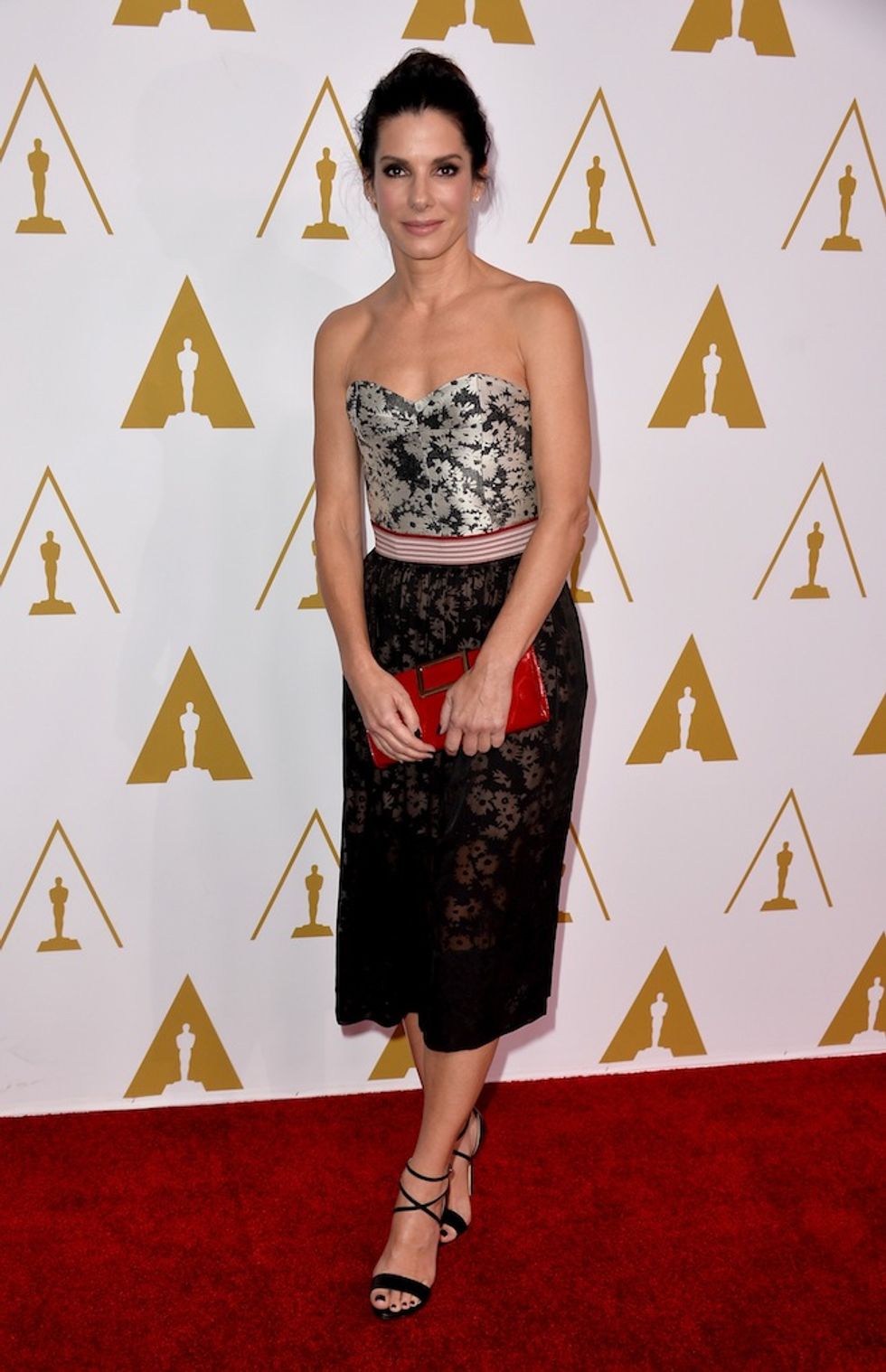 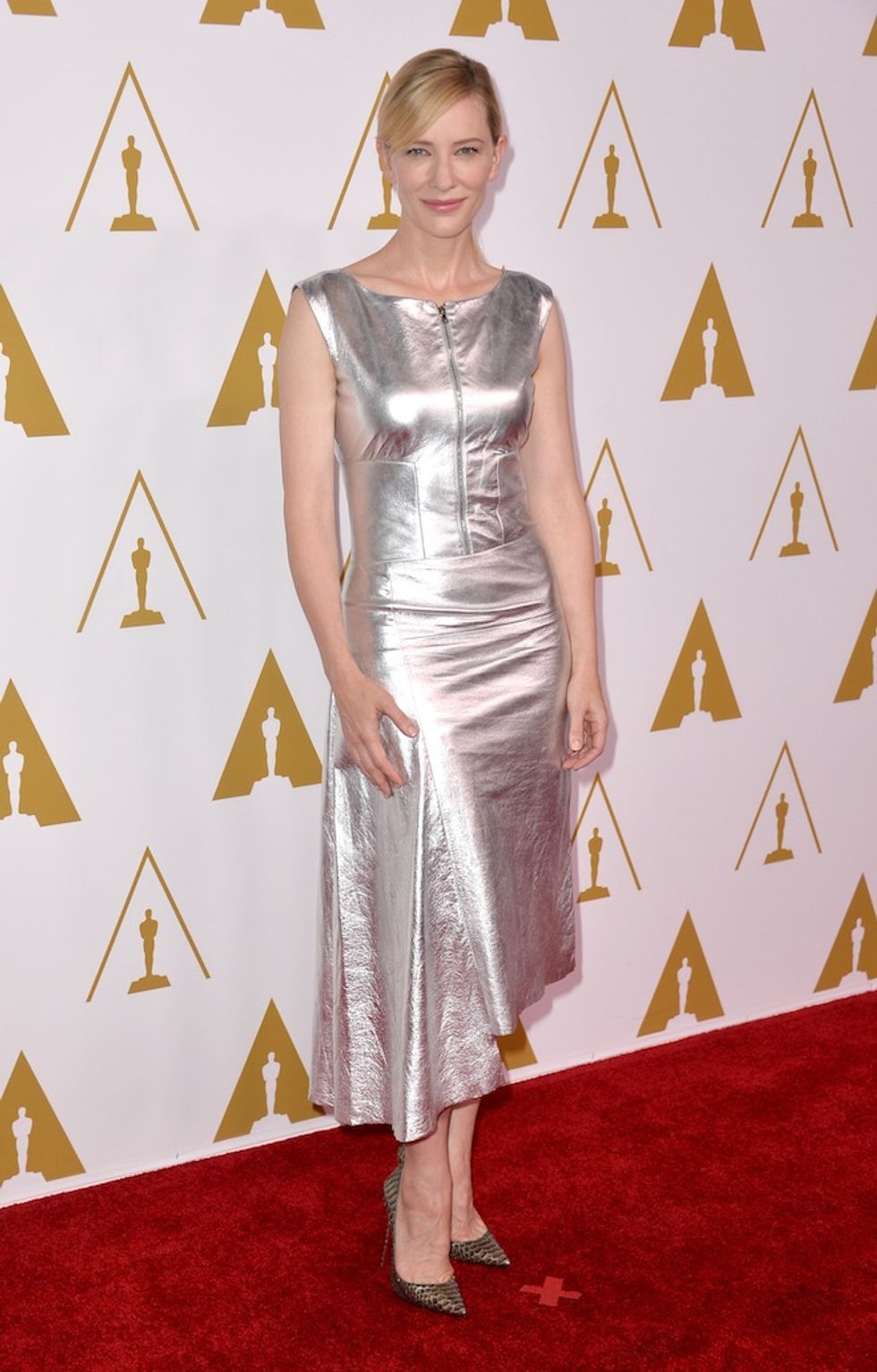 Previous Next
Worst:Looking like she got inspiration from the roll of Reynolds Wrap in her kitchen, Cate Blanchett hit the Academy Awards Nominees Luncheon in Beverly Hills in a tin foil Prada frock. 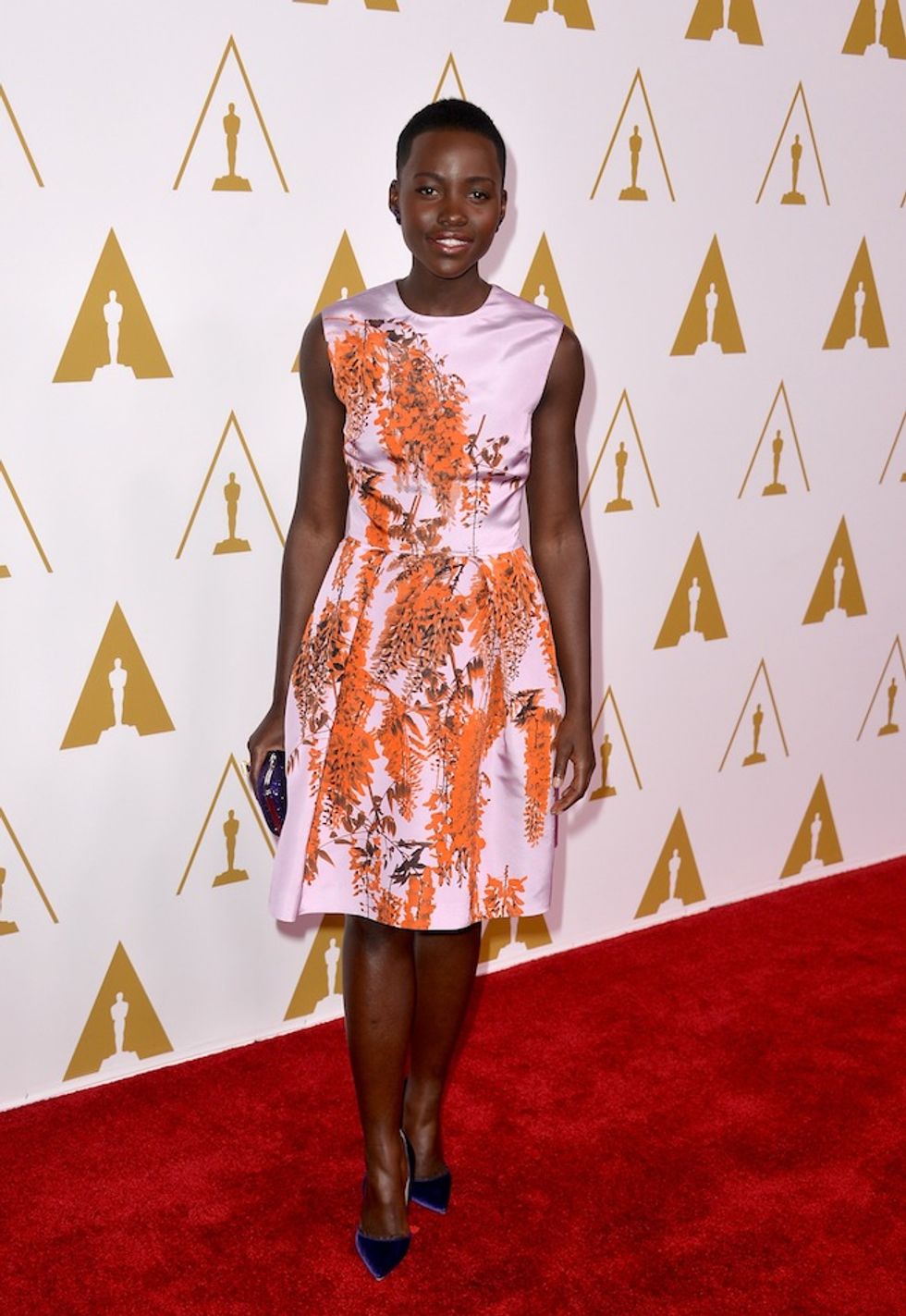 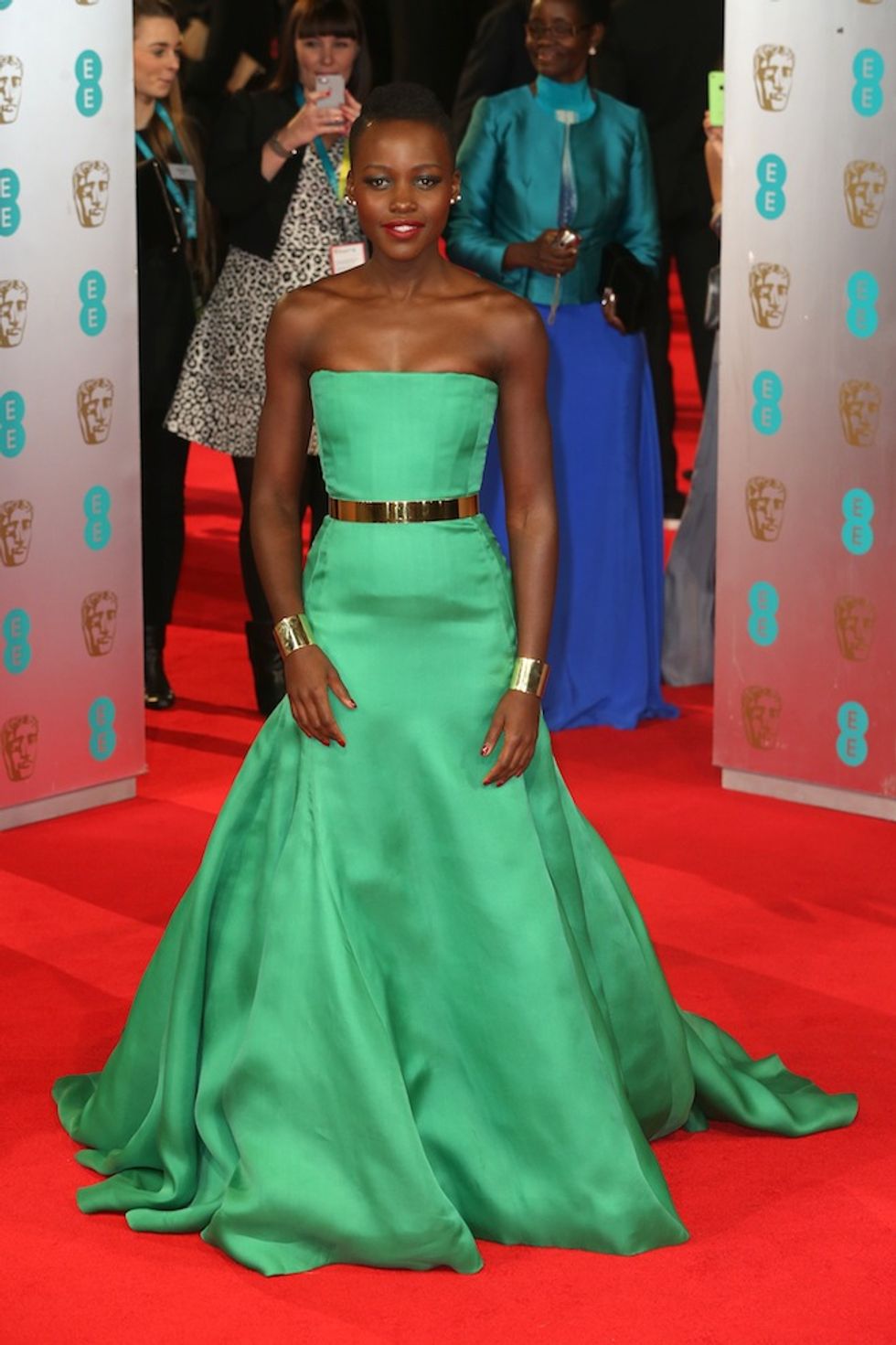 Previous Next
Best:Lupita continued her fabulous fashion streak at the BAFTAs in another Christian Dior creation, this time, dazzling the crowd in an emerald green strapless from the Couture collection. 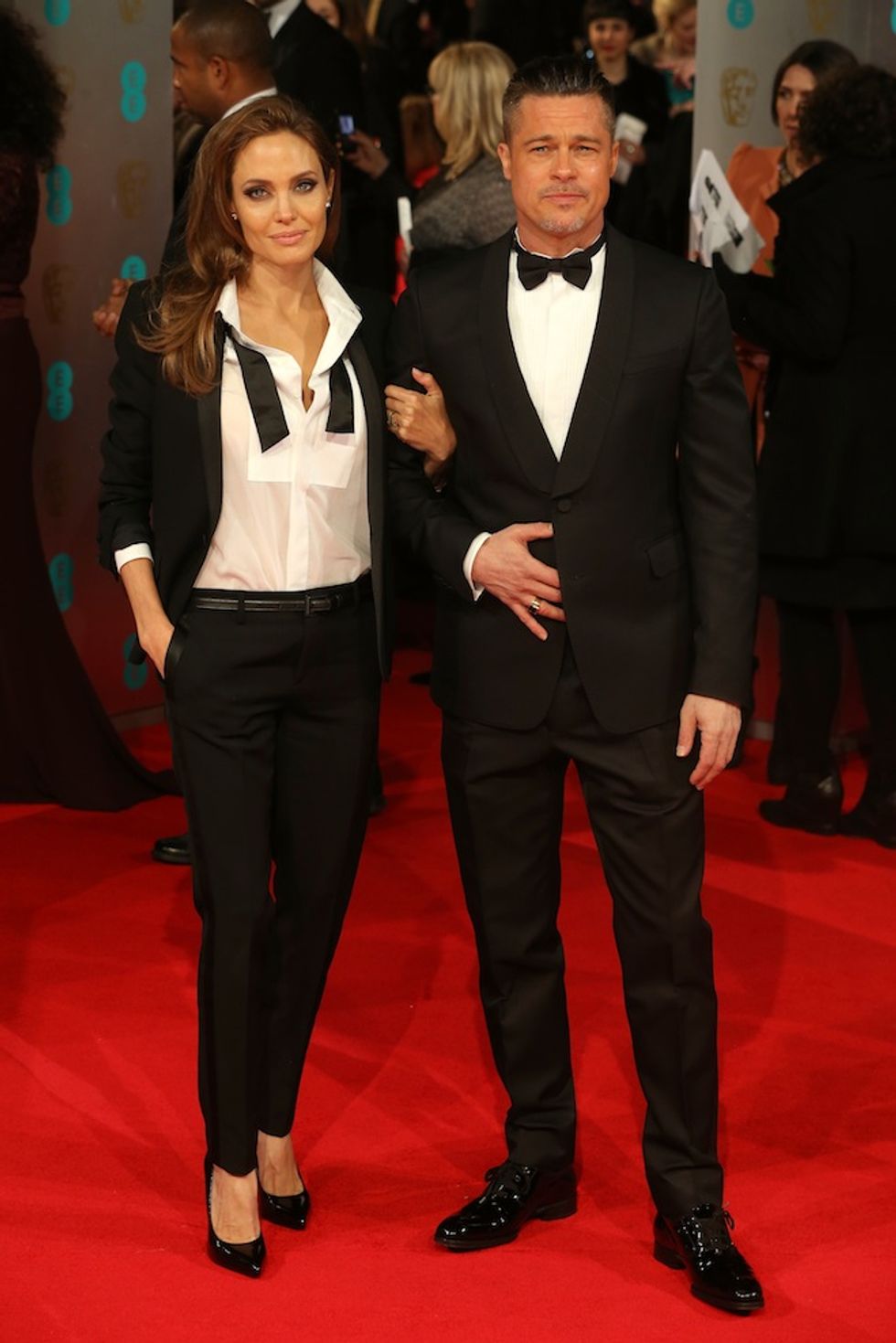 Previous Next
Most Ridiculous:Yeah, yeah, yeah. They are Brangleina. But I just can't handle Angelina Jolie dressing like Brad Pitt at the BAFTAs. File under â��super annoying.â�� 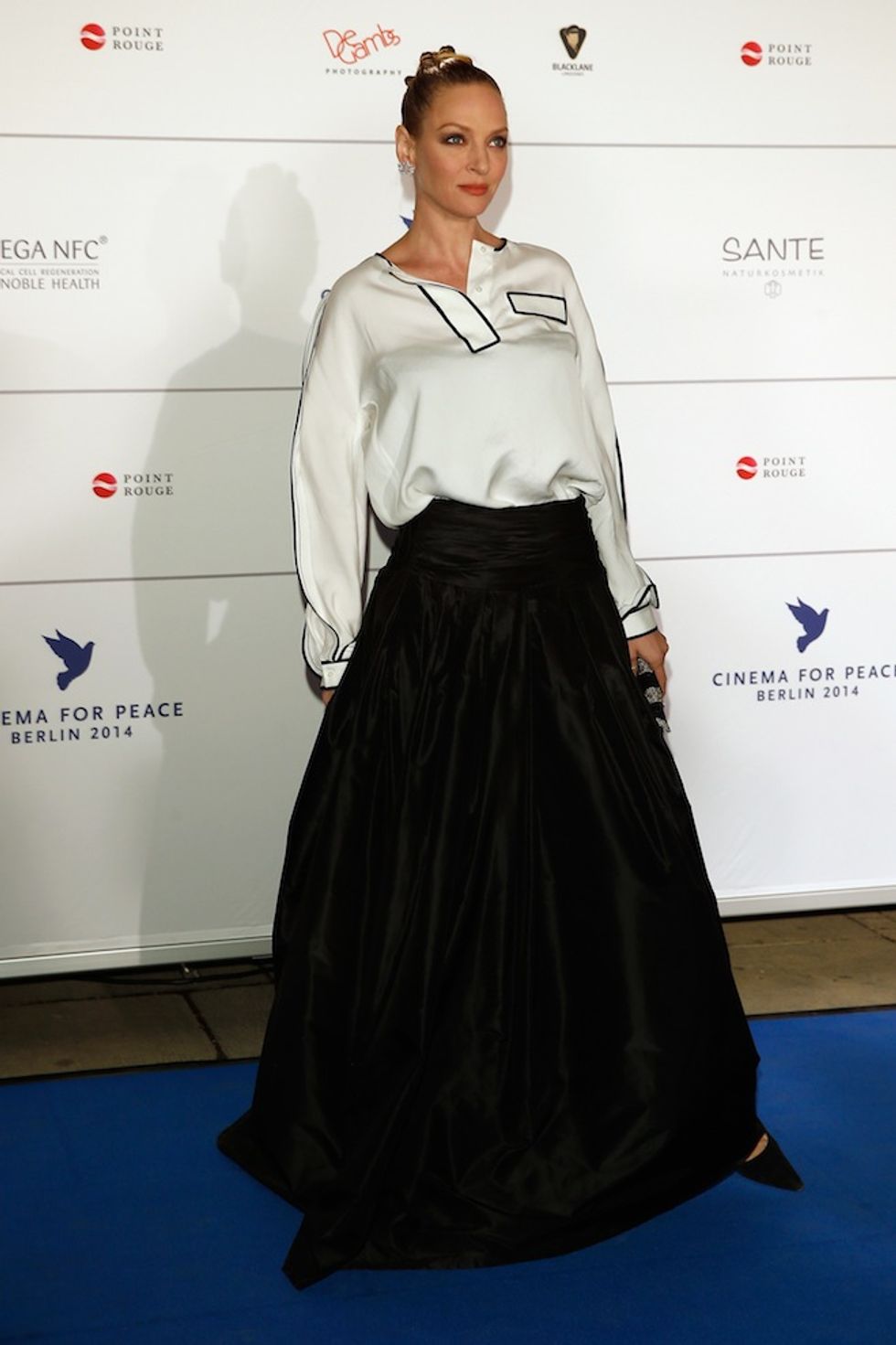 Previous Next
Most Ridiculous:This is Uma Thurman at the Cinema For Peace Event in Berlin. She used to dress in sexy outfits, but now she just wears pajama tops and trash bag skirts to fancy events. 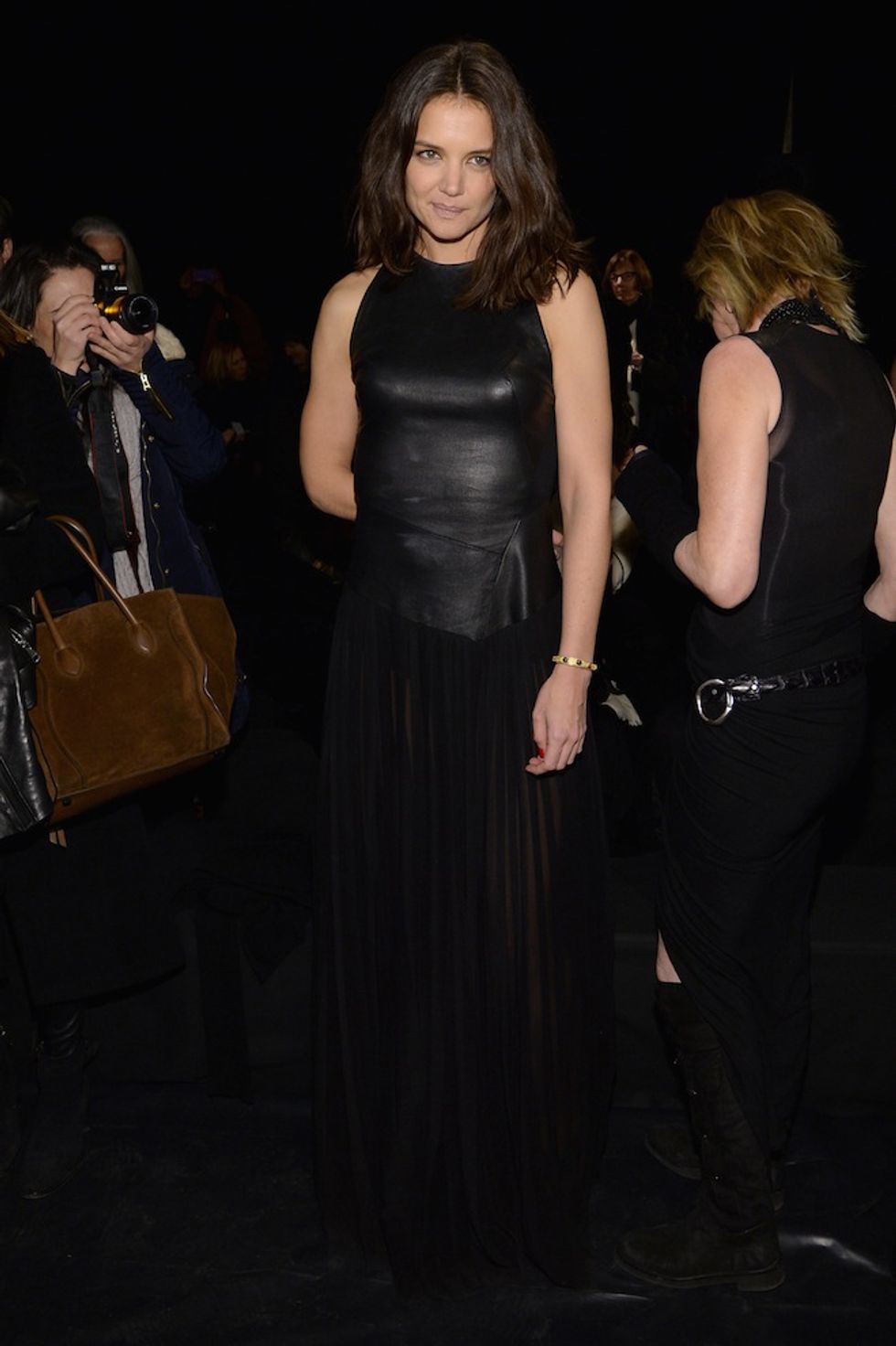 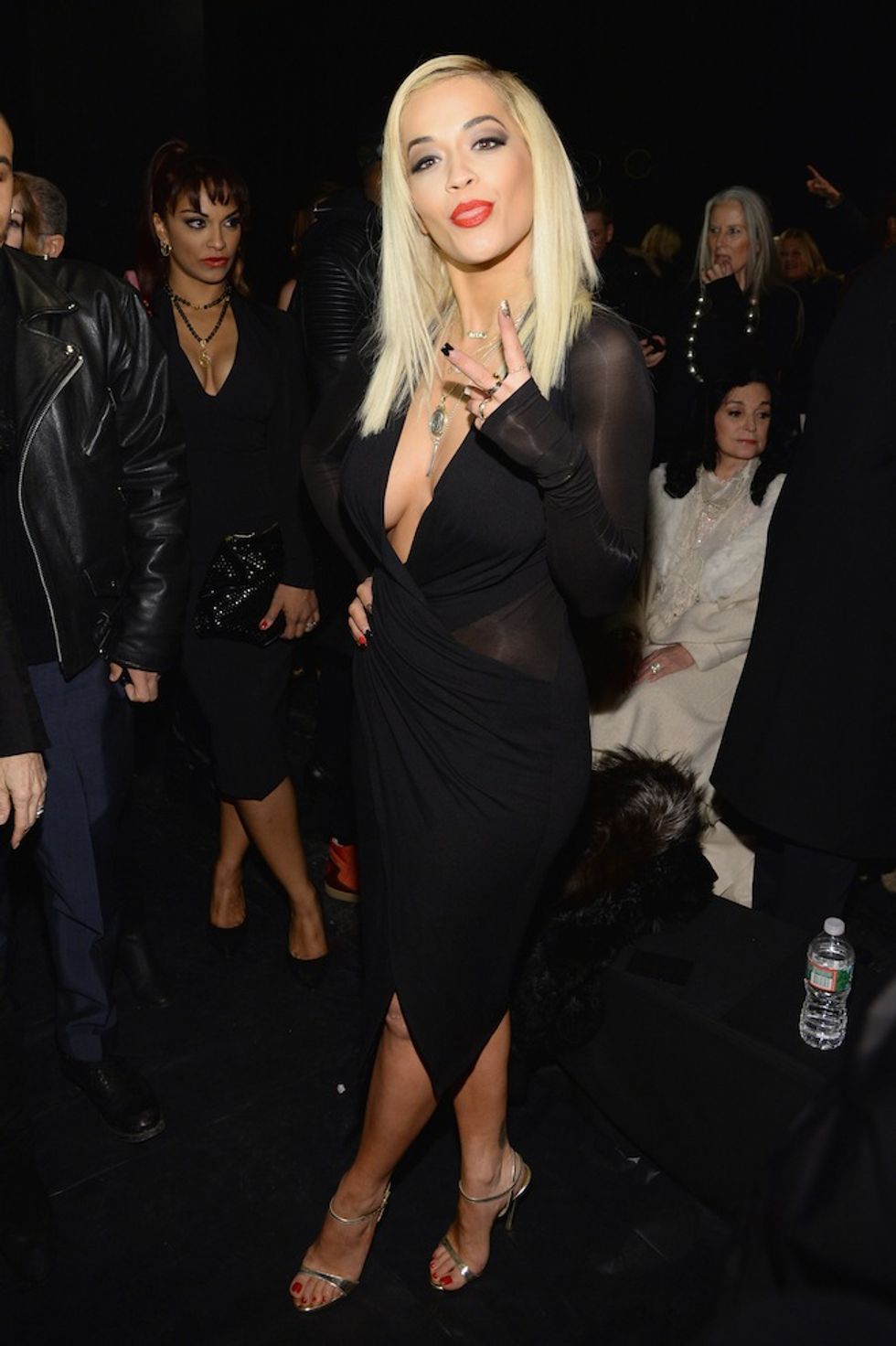 Previous Next
Worst:Rita Ora had way too much boobage going on in her sheer Donna Karan sleeved dress at the designer's Mercedes-Benz Fashion Week show. 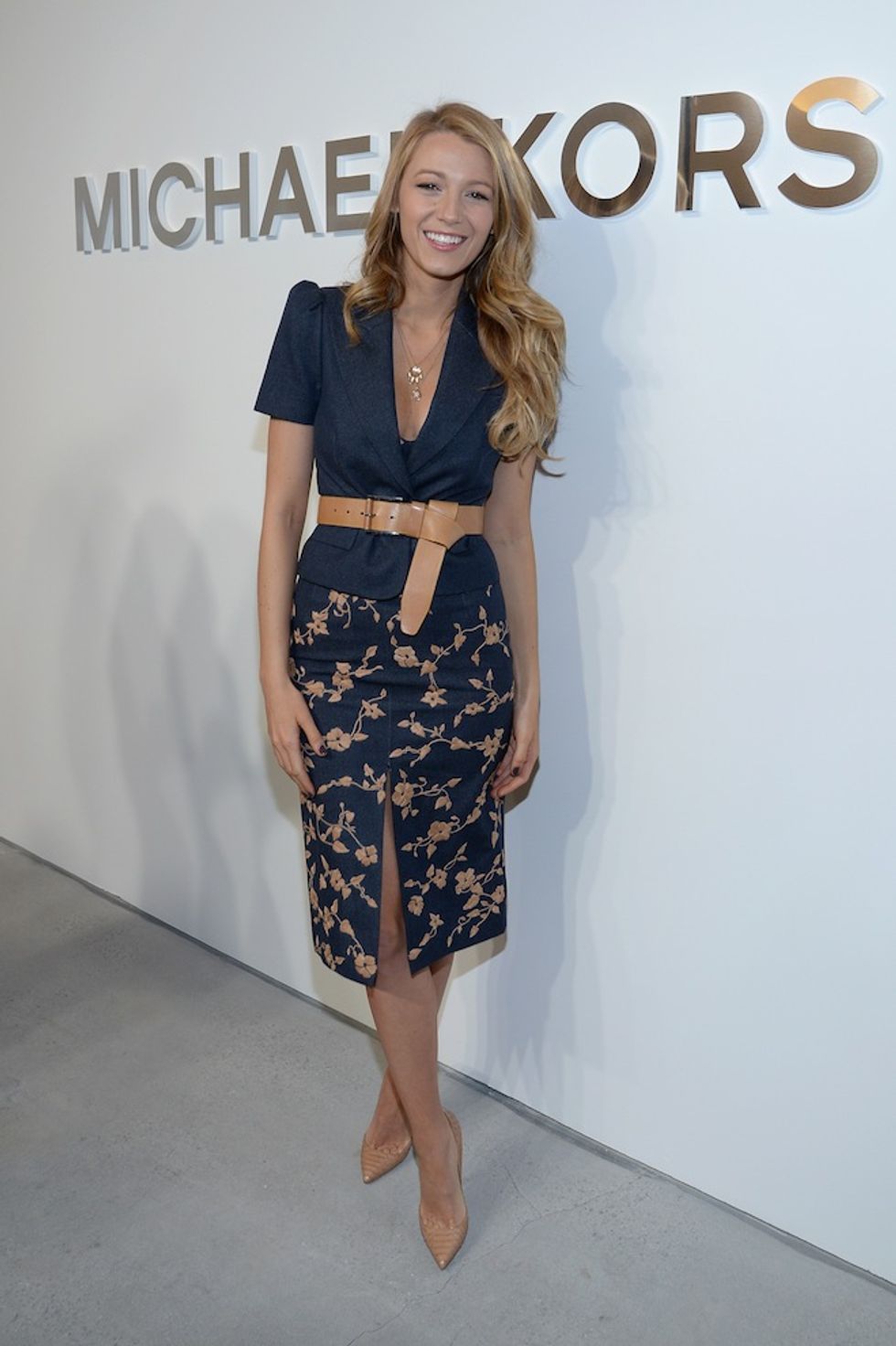 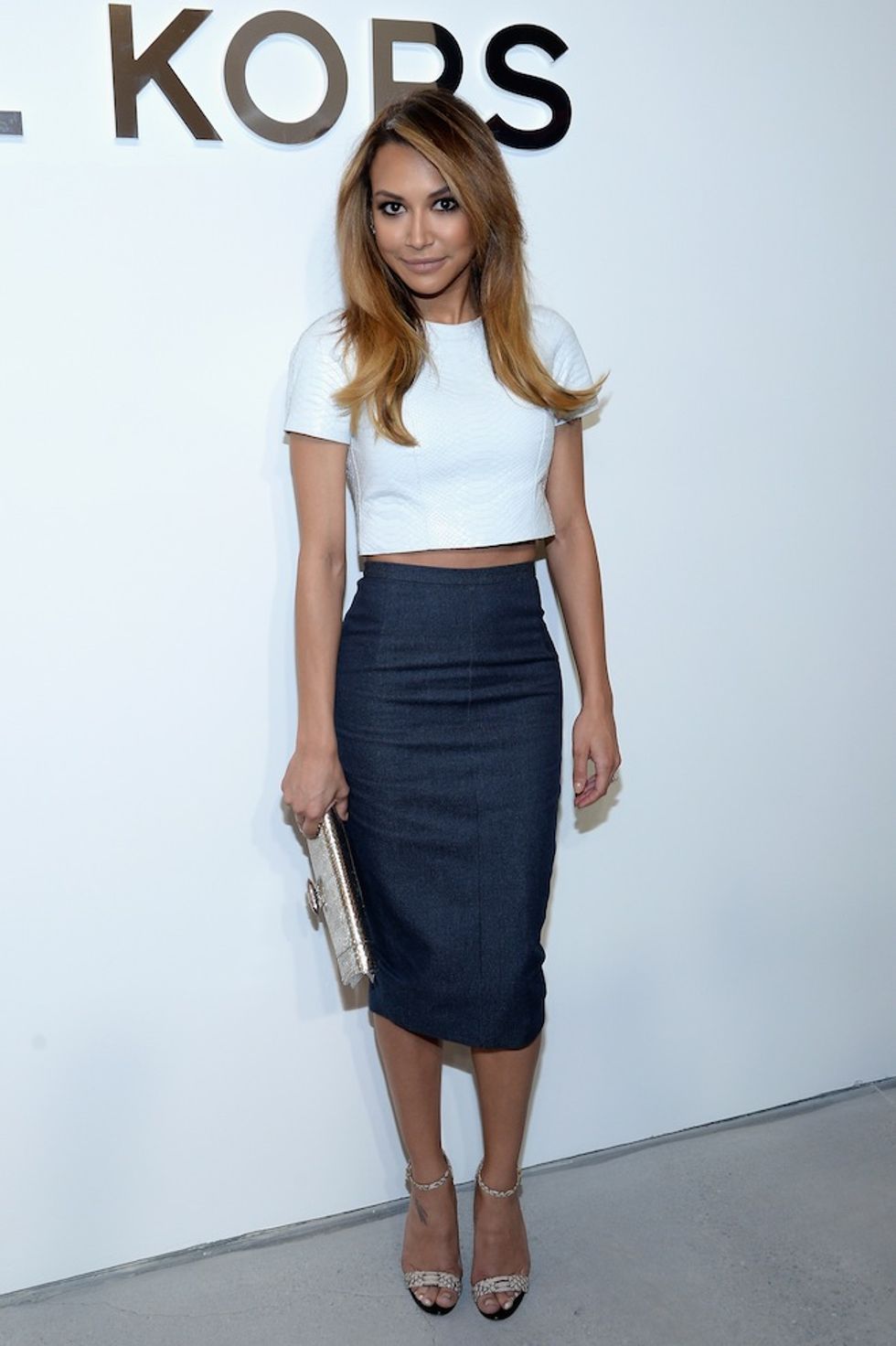 Previous Next
Best:Naya Rivera flaunted her tiny waist in a crop top and pencil skirt at the Michael Kors Mercedes-Benz Fashion Week show. 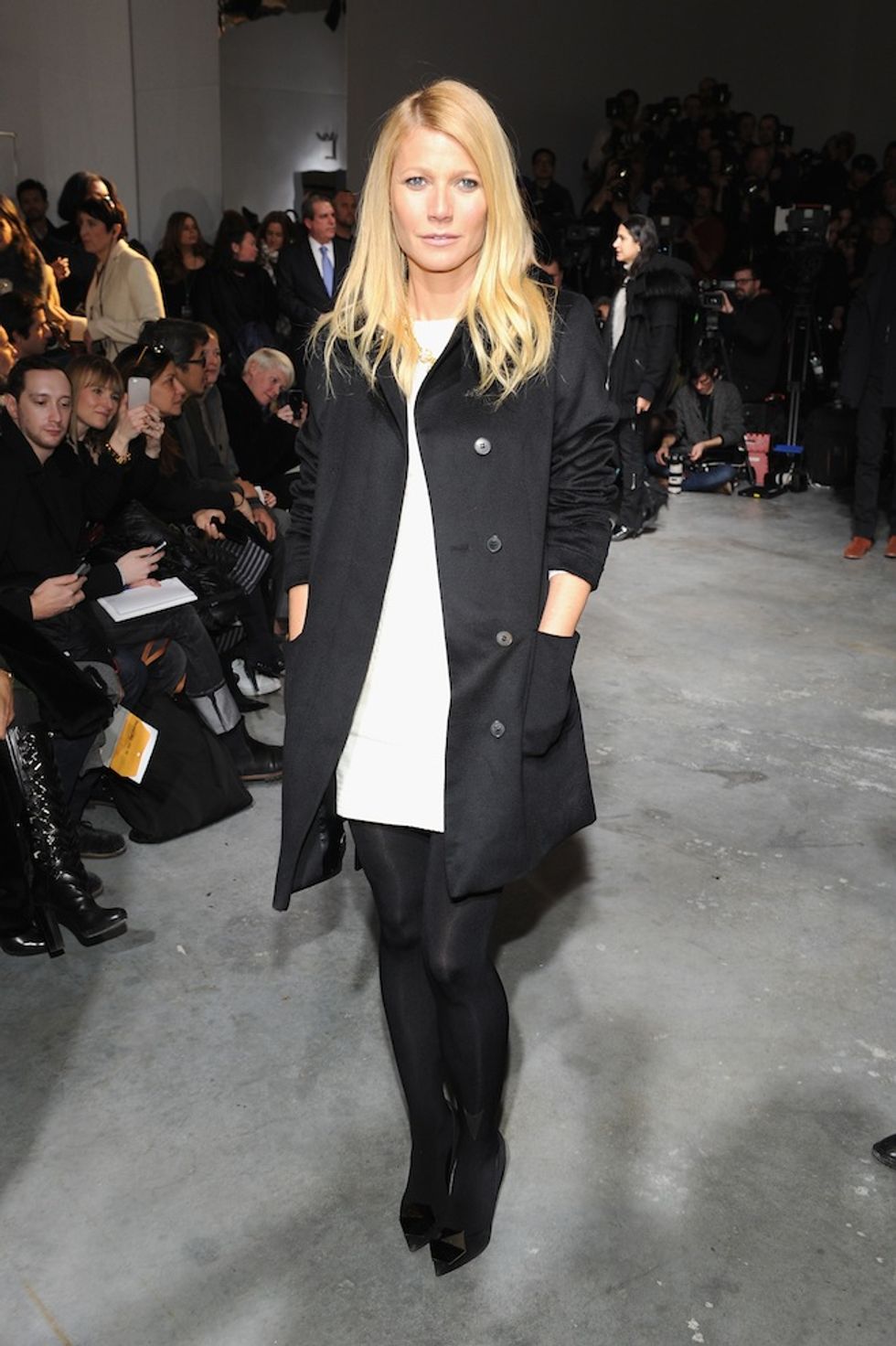 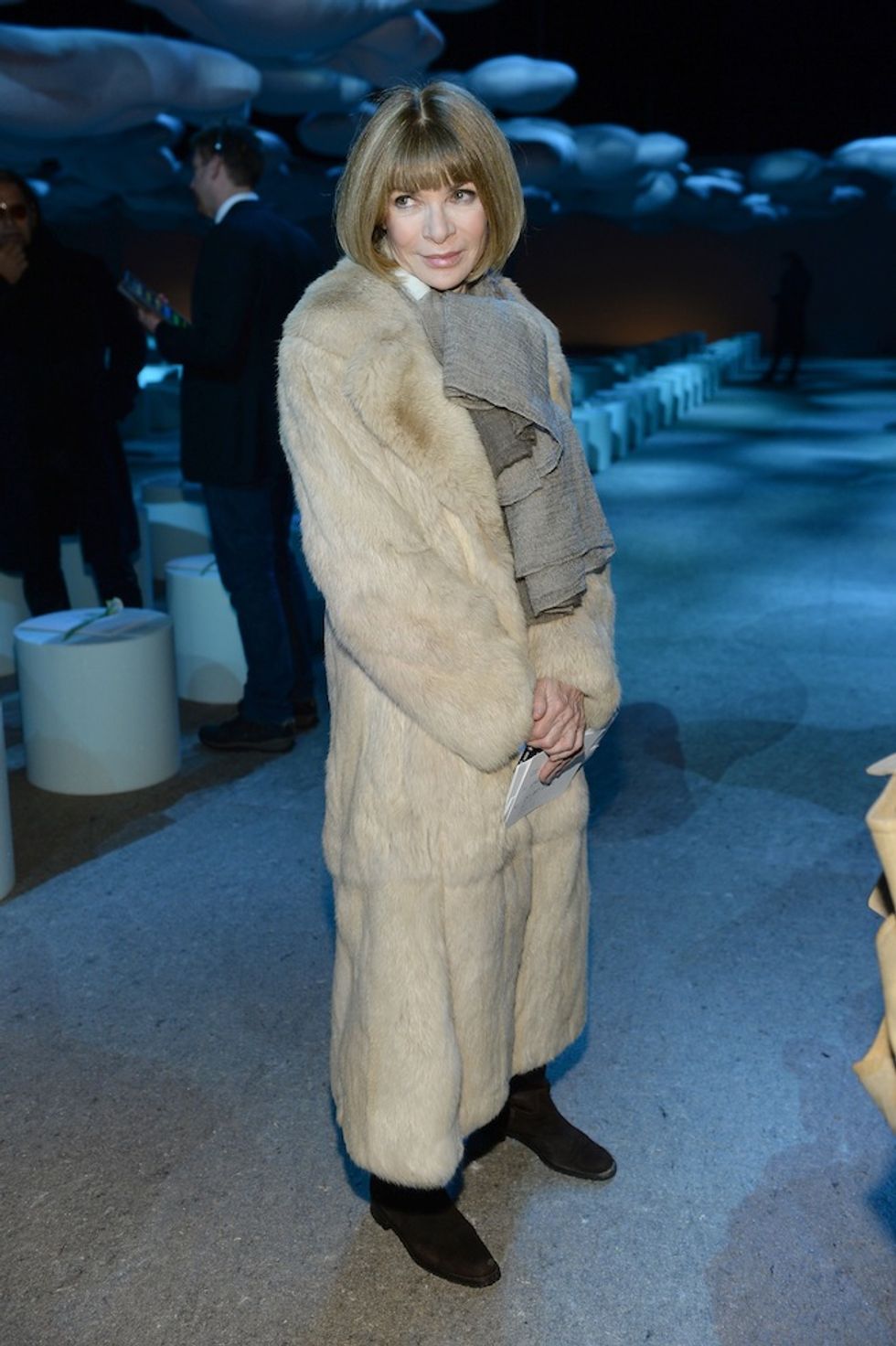 Previous Next
Most Ridiculous:Anna Wintour committed several fashion fur pas during Mercedes-Benz Fashion Week. Here she is at the Marc Jacobs show, drowning in a dead cream animal and drenched in a huge scarf. 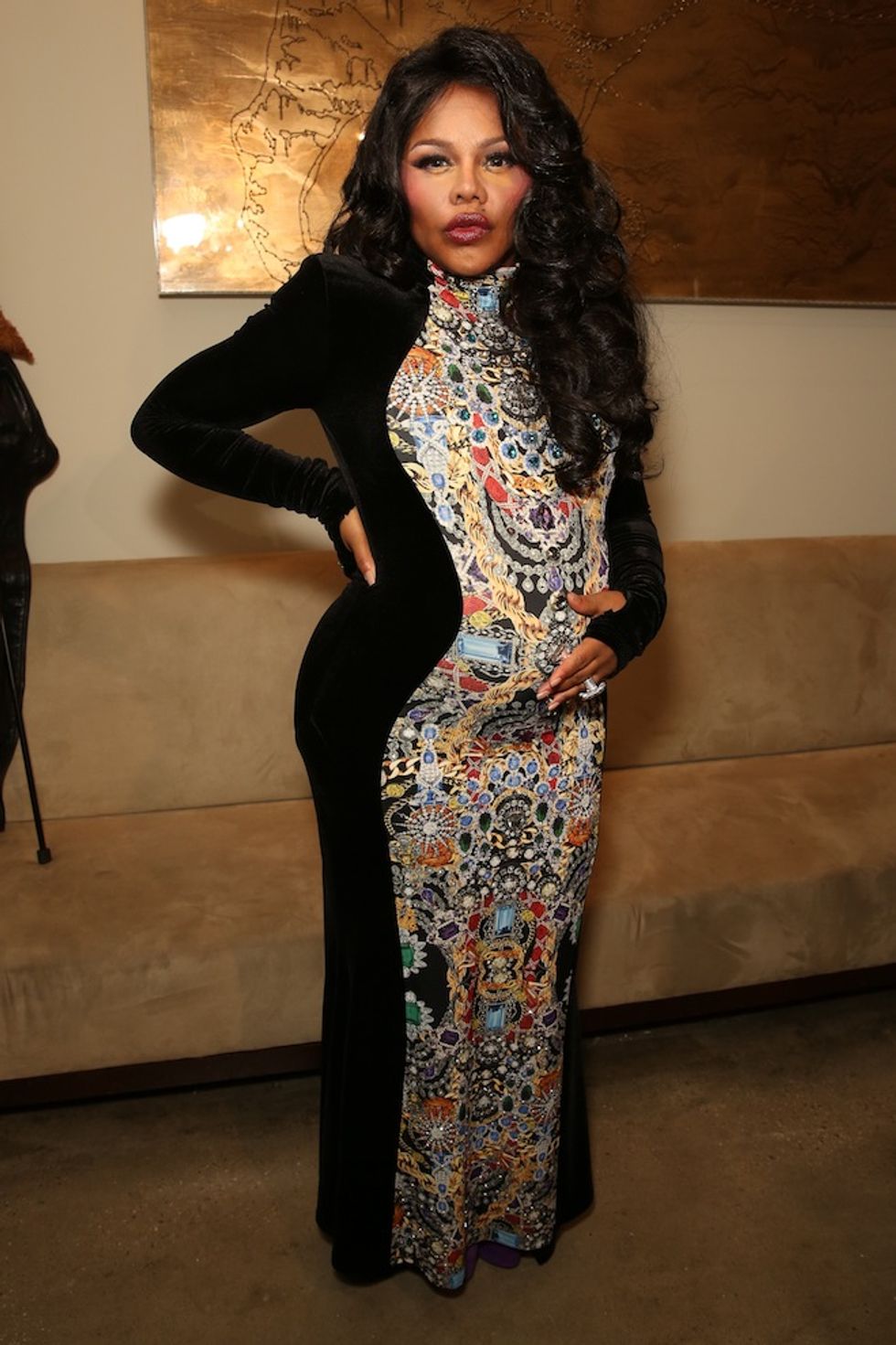 Previous Next
Most Ridiculous:This is Lil' Kim's version of a maternity dress and what she wore to The Blonds fashion show to let the world know she was with child. We should be thankful that she is wearing clothes, because she could have debuted that bump in some pasties and a thong.
Find out who were the style winners and sinners in Popdust’s weekly feature.
From Your Site Articles