They Wanna Be Kate: Echoes Of Kate Bush In Pop 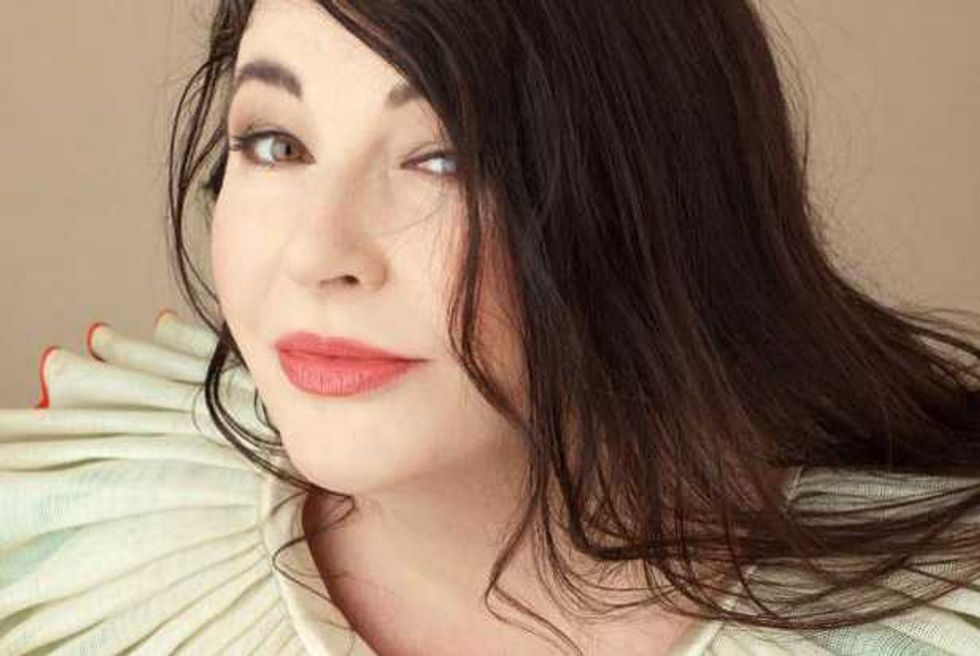 British singer-songwriter Kate Bush announced today her impending new album 50 Words for Snow, due November 21 and her first of original material since 2005. Fans cheered the album if not its title; others shrugged.

It's hard to blame them. The public, particularly in the United States, has never quite allowed the Bush the stature granted her by the U.K. and a select circle of devotees and working musicians. Too many people, if they know Bush at all, know her as the childlike soprano/punchline of "Wuthering Heights" or the vaguely quirky singer of "Running Up That Hill." The more charitable see her as talented but inaccessible, legendary but not listenable. Even Bush's admirers tend to leave her in a floaty, arty realm that's atmospheres removed from mainstream music; even when new female artists are compared to Bush, which happens roughly twice a week, she's invoked as a Platonic ideal toward which the newbie's plinking and keening can only strive.

This is needless pedestalizing. You don't have to look to the heavens, the coffee shops or the past to find Kate Bush. Her influence is everywhere, even and especially in the mainstream pop music from which people strain to separate her. The argument isn't far-fetched at all; pop in 2011 is not only dominated by women but more vocally, sonically and aesthetically unusual than it has been in years. These developments were all pioneered by Bush during her '80s and '90s peak, and if you listen, it's easy to hear her echoes today.

The promotional release from this year's Director's Cut, a compilation of re-recorded tracks from Bush's mid-career albums The Sensual World and The Red Shoes, was album cut "Deeper Understanding." The original song was already ahead of its time, a story of Internet addiction and withdrawal that with only a vocabulary upgrade ("ordered from a magazine" to "ordered from Amazon," "program" to "app," "execute" to just about anything else) could take place in the 2000s. It needed few changes, and fittingly, the Director's Cut version had only one major difference: the massed multi-tracked vocals on the chorus, the voice of the machine, were replaced with one smaller voice, Auto-Tuned. Predictably, this caused endless hand-waving freakoutery about how Bush had tainted her voice and music and artistry forever. Not even "but it's OK if it's not pop!" invocations of Bon Iver and ilk could quell the griping.

This stance is not only closed-minded but anti-technological in a way Bush probably wouldn't approve. If her '80s Fairlight synthesizer was equipped with an Auto-Tune plugin, you know she'd have used it; it'd only complement her other vocal and technological weirdness. 1980's Never For Ever, Bush's first major musical departure, contained sonic ventures like the dramatic monologue of "The Wedding List" or "Violin," in which Bush's voice is a string solo made track-length and given words. By 1982's The Dreaming, experiments were everywhere. On "Leave It Open," Bush's voice sounds like it's rattling in from rusty pipes overhead, and that's before she imitates backmasking. "There Goes a Tenner" is a showcase of Mockney voice acting. Album closer "Get Out of My House" has about four distinct personae: the muffled quaver, the cries mixed in the background, a curt butler, a mule. Not all of it works--the faux-Australian affect of "The Dreaming" is uncomfortable in the wrong way, and "Rubberband Girl"'s elastic scatting stretches the confines of its metaphor--but it's always striking, and you have to delve into the more explicitly outre '80s realms of Danielle Dax or Jane Siberry to find artists who sound remotely similar.

None of this might seem relevant to pop today, but vocal experimentation's more prevalent than ever, even outside the British Florence/Marina/Natasha subset of indie-pop where the comparisons are obvious. You'd expect the thick Auto-Tune popular today to lacquer over the kinks and marks in everyone's voice, making each new vocalist sound pretty-prettier but less human than the last. While this is common in the hinterlands of featured credits and Guetta guests, musicians with names and stardom more often process their voices to sound stranger. From Lady Gaga's growling away in the bass clef like Gogol Bordello to Nicki Minaj adopting a small family's worth of voices per verse to Ke$ha using enough distortion and pitch-shifting for a Fever Ray record, the charts are full of women sounding deliberately odd. Singing meets rapping meets talking, and those who vocalize this way get criticized for flouting traditional, trained sounds and only praised when they "prove they can really sing." But they know exactly what they're doing. Bush didn't pioneer this--female punk singers years before screwed their voices farther and stranger--but she brought it closer to the mainstream.

This experimentation isn't limited to the voice; for every instant Dr. Luke-in-a-box track is something weirder, like Ke$ha's "Cannibal" or Gaga's "Government Hooker." Even Britney Spears, whose early albums could be used as encyclopedia entries for '90s production, is now given tracks full of screwy sounds. Clarence Clemons and Brian May can show up on Lady Gaga albums for the hell of it. Dubstep breakdowns and saxophone solos and gobbling synths come out of nowhere, and nobody flinches. Even the oddest combinations and collaborations seem normal.

Compare Bush's "Big Stripey Lie," with guitars distorted to sound like growling animals, unintelligible screams and a fluttery Nigel Kennedy violin solo too pretty for the thicket around it. "Sat in Your Lap" thunders through verses and choruses and an ending chant with little delineation. "Why Should I Love You" is a Prince collaboration out of nowhere; "And So Is Love" has Eric Clapton on guitar just because. None of this is remotely inaccessible; they all work as pop songs, and "Sat in Your Lap" was even a single, albeit not Bush's best-selling. But again, the tracks sound utterly bizarre on paper and out of context.

It's impossible to discuss pop without discussing image. 2011's catalog of outre outfits, from Gaga's meat dress to Katy's mammary ammo and everyone's multicolored anime hair, would seem downright bizarre years ago. Music videos have become stranger and more plotted than they'd been in the years after TV neglected them. Almost everyone's playing a character, both in their music and outside it. At times, as Nitsuh Abebe pointed out after this year's VMAs, the music almost seems like an afterthought to the gaudy dress-up and theatricality through which it's presented.

Again, much of this can be traced to Bush. "Wuthering Heights"' music video was released well before the 1980s' video explosion; afterward, Bush's albums and videos were crafted with increasingly intricate concepts and choreography, This reached a peak with The Red Shoes' accompanying short film The Line, the Cross and the Curve. Bush has since dismissed the film "a load of bollocks," but it's nevertheless fascinating in its interplay with the album, particularly when much of the plot is only suggested through movement. It's fitting; although Bush never toured, her background is in performance art, and as Holly Kruse points out, it's impossible to separate her music from her image. On many songs, she reinvents herself as someone new: Hitler's accidental lover, a woman horrified when she's drawn to a baby, a Hans Christian Andersen heroine. Even her more confessional tracks, like "The Song of Solomon," could be monologues or character pieces. It might not be intuitive to trace pop today back to Bush, particularly when her U.S. exposure's been so minimal, but it's hard not to trace it back to Madonna or Janet Jackson or Cyndi Lauper, for whom the debt is more obvious.

None of this is to give Bush undue credit. Though she appears from time to time as an explicit pop influence--Big Boi being the most cited example--nobody's found a copy of The Dreaming underneath Dr. Luke's external hard drives or caught Katy Perry lip synching to "Moving." Nor is it difficult to find artists actually influenced by Bush, on the record. Nevertheless, 50 Words for Snow couldn't come out at a more opportune time. Pop today is not only full of women but full of women exploring and experimenting with the same concepts and sounds Bush did decades ago. Acknowledging the debt can only make music richer still.