T.I. Back In Jail Because Of Reality Show 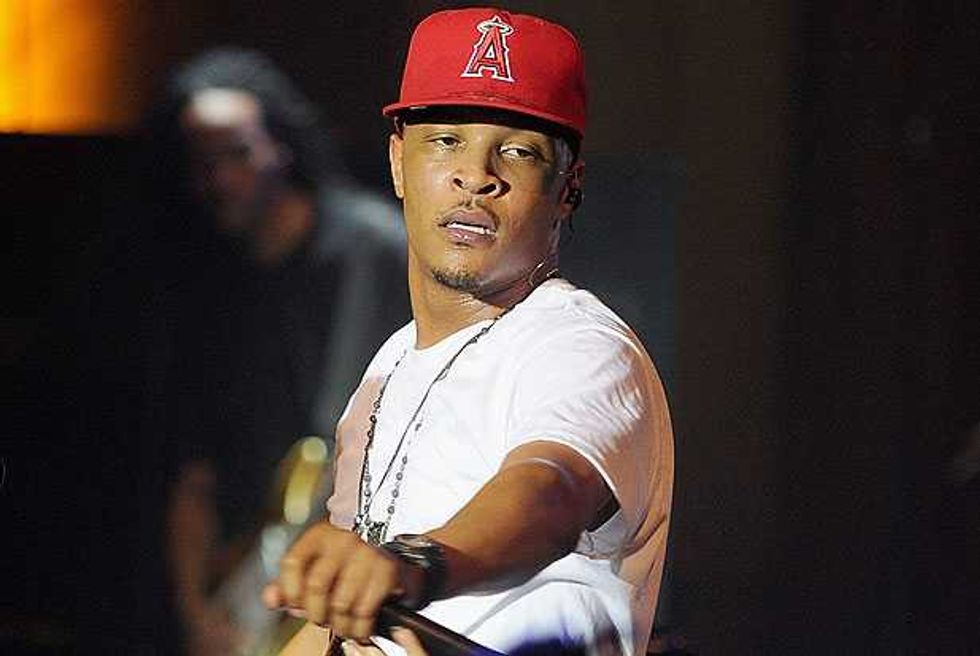 It's likely you've been judged for watching some version of reality television, be it the informative peek into an unknown industry like Top Chef, a despicable guilty pleasure like Jersey Shore or the unforgivable For Love or Money. Despite their ubiquity, there are many repercussions tied to reality television, other than rapidly loosing IQ points, particularly if you already have a criminal record. T.I. experienced a snag in travel plans after his release from prison last week, which quickly took him out of an Atlanta halfway house and back into federal custody. But contrary to initial reports about his use of a luxury tour bus, new documents reveal the passengers traveling with him were in violation of his furlough. According to an official prison statement obtained by CNN, T.I.'s manager Brian Sher and reality TV producer Cris Abrego broke conditions agreed upon prior to the rapper's release from Federal Correctional Center in Forrest City, Arkansas by accompanying him on the bus. "Such people were not authorized to travel with him in the conditions of his furlough," the Bureau of Prisons report explains. T.I. has been working on an upcoming Vh1 reality show, set to premiere in December, which will chronicle his readjustment to life after prison.

Both Sher and Abrego have issued statements regarding their presence on the bus. "It was clear to me that Mr. Harris believed that I was permitted to be with him on the trip back to Atlanta because I had been authorized to visit him and have contact with during his time in Forrest City," Sher said. "During my time with him on the ride back to Atlanta, no business was conducted with Mr. Harris." Abrego also indicated he was an approved passenger, citing the "authorized visitor list" from when T.I. was in jail. T.I.'s wife, Tameka "Tiny" Cottle-Harris, also defended the decision to use the vehicle in the first place, explaining it was a safety precaution for her husband. T.I. was brought to the U.S. Penitentiary in Atlanta, where he'll remain until he finishes his sentence on September 29, unless authorities can determine he was not in violation of the agreement. It's like your mother always told you: you are the company you keep, and no good can come from watching reality TV.