Timbaland to Drake: F--- Outta Here With That Aaliyah Album 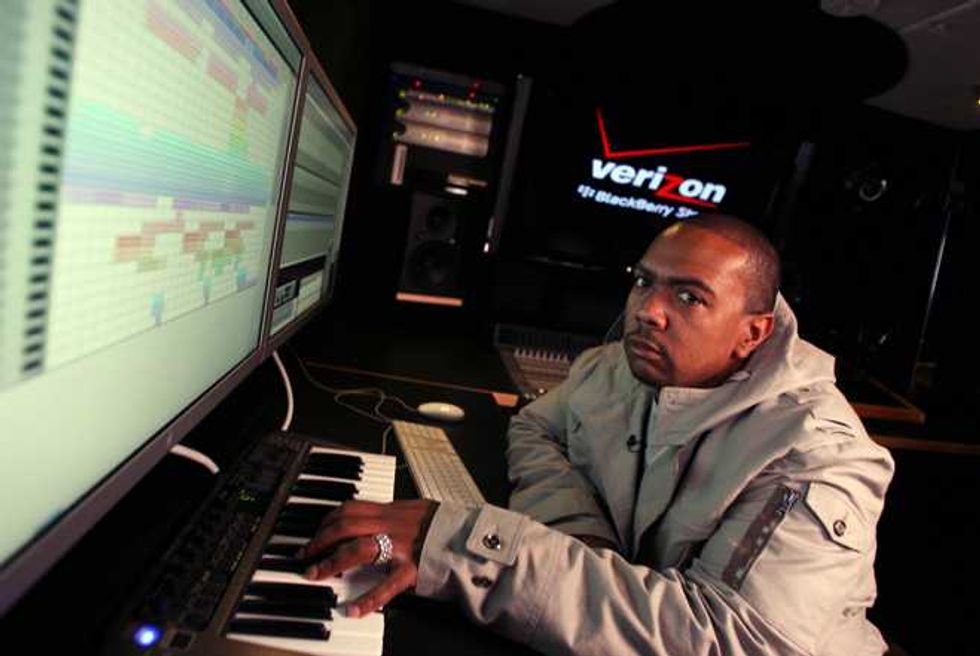 When assembling a list of likely candidates to produce Aaliyah's inevitable posthumous album, Drake wouldn't top it. He'd be somewhere around Jamie xx, Lil Wayne and Ashanti (quibble on the respective placements yourself.) One guy who would, though--inarguably--is longtime producer Timbaland, who's still producing, still available and probably still really coveting the job.

But don't just take it from us. What do you think, Timbo, about Drake getting the job?

I know they trying to drop some Aaliyah records, but if he do it, it should be with me and Missy. The proper way for him to do that would be for me, him and Missy to be all on the record. But to put it on his record, would just not be right.

Distinct whiff of "you shall not soil this lady's reputation, that's solely my decision never to make!" white-knighting aside, we can't argue with this. (We also can't argue with the general tenor of ONTD's comments, which are more worth reading than usual this time around.) Yes, the ideal situation would to get early-'00s Timbaland to produce the album, not early-'10s Timbaland--or for that matter, to have Missy helm the project--but you take what you get.

No response from Drake yet, by the way, though there's an pretty good chance of a passive-aggressive subtweet by Monday. He's already used the phrase "daily dose of bullshit" in regards to another, lesser blog kerfuffle, so that one could be especially good.