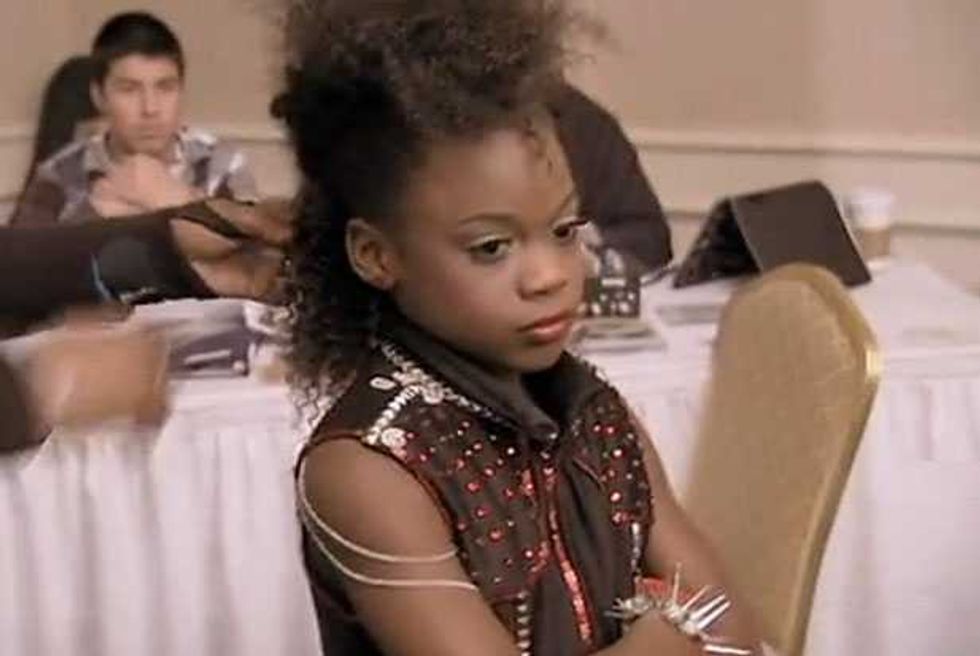 It's almost summer, so there's no need to feel guilty about all of the mindless reality shows you'll inevitably watch—we don't. Were you expecting us to go outside in all that heat and humidity? We have too much respect for our hair, and there is a lot more intriguing drama in the lives tattoo artists and swamp people than one would think. TLC favorite Toddlers and Tiaras has seen its share of prematurely talented pageant girls with countless memorized musical numbers stashed underneath their big hair over the years. Tonight's episode features Damitri’ana, an eight-year-old from Rochester, NY, who works it in honor of the late King of Pop. Darren Criss may have been wary of stepping into Michael Jackson's shoes when it comes to replicating his iconic dancing, but this girl is fearless. We're not trying to pit pint-sized performers against one another, but not only does she tackle MJ, she manages to fend off any stage fright that comes with performing in front of people, unlike a certain Janet Jackson fan. "Michael is in his grave, rolling, talking to himself, saying all-right Ana," says her proud mom Quiana, who also isn't shy about sharing her own moonwalk abilities. Spinoff? The full episode airs tonight at 10 p.m. EST. Check out a preview below.