Tom Cruise Worms to "Moves Like Jagger" At a Wedding 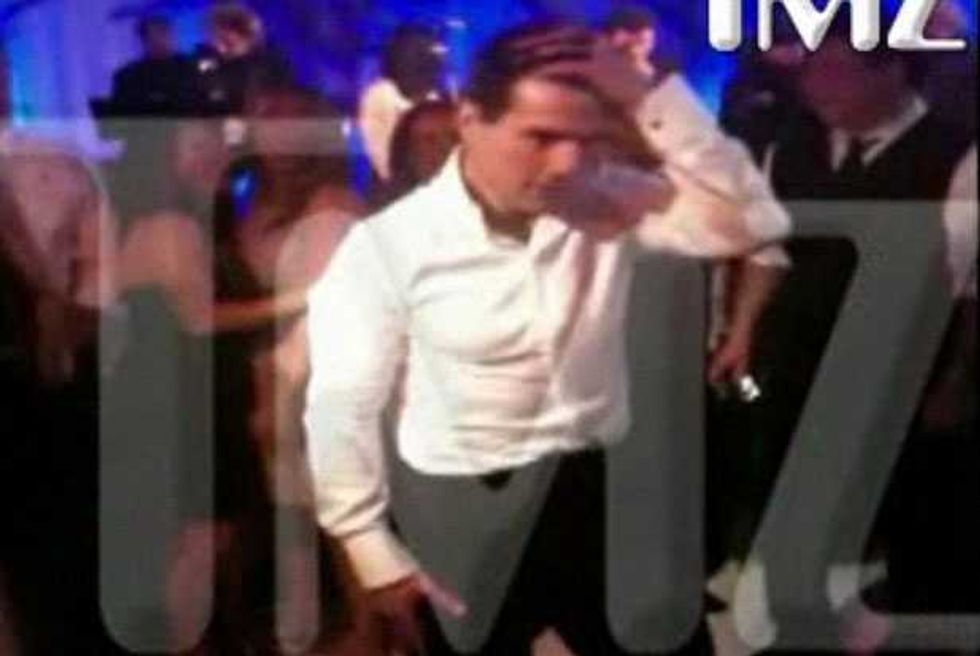 It may be 28 years since Risky Business, but that doesn't mean that Tom Cruise can't still get down to some old time rock and roll. (Or, uh, a pop chart-topping collaboration between a couple of Voice coaches.) Cruise was recently captured on film doing the Worm, by no means the easiest of dances to pull off casually, at the wedding of David Ellison (son of Oracle CEO and super-rich person Larry Ellison) and Sandy Modic, allegedly after being challenged to a dance-off by a fellow attendee. Son, Tom Cruise was winning dance contests while you were still swimming around in your father's balls. Fact.

(By the way, other guy totally blows. Looks like David Brent getting down to "Disco Inferno" in the UK Office. TKO, TC.)