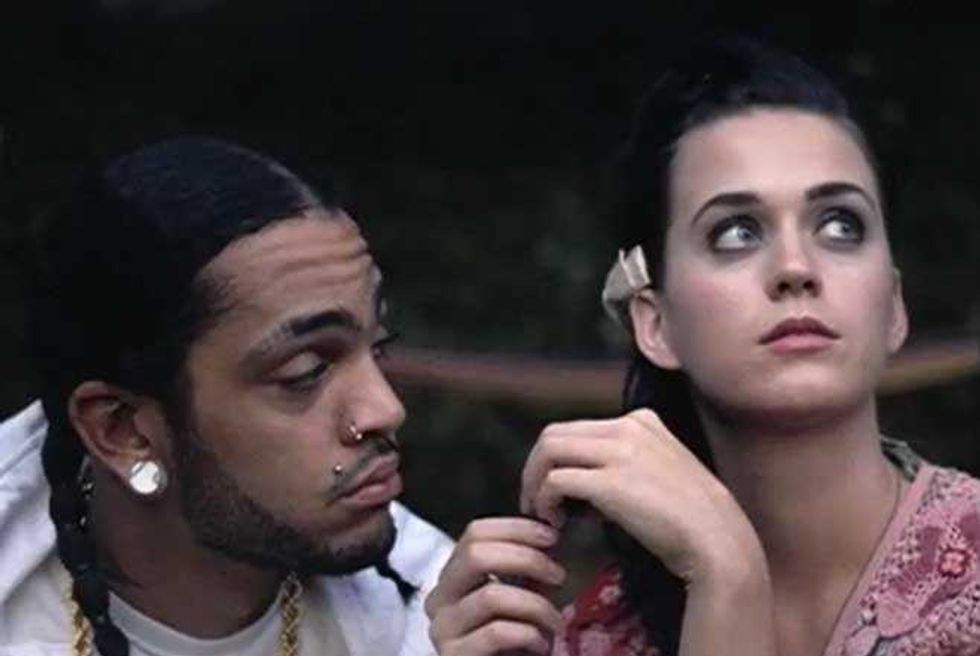 Our hearts went out to Katy Perry—as much as they can to someone with five No. 1 singles off the same album, anyway—when we heard the reports of John Mayer allegedly dumping her via e-mail, truly one of the most heartless ways to end a relationship, even in 2012. As it turns out, though, Katy may have had it coming all along, as an old ex of hers alleges that she broke up with him the very same way a few years back. Travie McCoy—lead singer of the Gym Class Heroes, and Katy's first famous flame—recently revealed (via VH1's Behind the Music, where all true confessions come to light) how she ended their romance over the 'net:

It started off with 'I love you so much I hate to do this...' Someone that you are ready to spend the rest of your life with sends you a f**king email just s**ting on your whole parade. It destroyed me.

It wasn't all Katy being a baddie in their relationship, though—Travie allows that he was constantly "f***ed up" at the time and that he "chose drugs over [their] relationship," likely leading to its dissolution. Still, we bet McCoy was giggling to himself at least a little bit when he looked over his Google Reader feed and saw what Mayer had done to Katy—and was secretly a little peeved when he heard they got back together.