Joanne Wolf lives in Los Angeles and is the author of 'Phyllis Willis-Barbour: A Life." You can get to know and love her by visiting her website.

The Cruel Absurdity of the Lawsuit Against Breonna Taylor's Boyfriend, Kenneth Walker

She'll still be Cait though, until further notice.

Caitlyn Jenner's reality show has been cancelled after only two seasons, she revealed in a chipper tweet, saying 'it's time for a new adventure.'

But don't worry, she won't be leaving your TV screen. She will return to the family cash cow (no, I'm not shaming Kim here), Keeping Up With The Kardashians.

E Entertainment issued a face-saving statement about the cancellation:

We are incredibly proud of the two seasons of I Am Cait, a groundbreaking docuseries that sparked an important and unprecedented global conversation about transgender people, their struggles and triumphs. Caitlyn and E! have mutually decided not to move forward with another season at this time. She will always remain a part of the E! family, and we look forward to continue following her journey as she appears on Keeping Up with the Kardashians.

'Nobody watched the show. Bye.'

Caitlyn will continue to remind us of her transgenderedness by appearing on the third season of Amazon's series Transparent.

One reason for I am Cait's low numbers may have been her shaky status within the transgender community.

She is widely resented for her white privilege and perceived grandstanding about her transition.

A Facebook page called I Ain't Cait announced the show's cancellation with the headline 'Ding Dong, The Witch Is Dead.'

Caitlyn will continue to struggle for acceptance in the community, but her stance on various issues (e.g. her Republican politics) may continue to cause resentment.

How will she reintegrate into the family show, we have to wonder, having vacated to prove that she was a star in her own right?

Remember when she announced triumphantly. 'I was the real story all along!?'

Well, there will always be a story if your name is Jenner or Kardashian.

I would like to see her fight with her daughters over clothes and handbags, or maybe make a grab for Kris's 'boyfriend' Corey!

What's Up With Ted Cruz, Caitlyn Jenner, And The Bathroom?

Caitlyn Jenner Is The New Face Of MAC In Landmark Deal

The Many Ex's Of Taylor Swift

We come not to slut-shame, but to praise her.

Taylor Swift is more than just a pop superstar; she is a modern Jezebel.

If the term is new to you, it refers to a character in the Bible who was a little bit naughty. Here's a description:

Guided by no principle, restrained by no fear of either God or man, passionate in her attachment to her heathen worship, she spared no pains to maintain idolatry around her in all its splendor.
The idolatry, too, was of the most debased and sensual kind

Today, the term Jezebel refers to a crafty, shameless woman who deceives people to get what she wants.

Taylor's reputation as a Jezebel is as significant as her artistic output: She wouldn't be Taylor Swift without all the feuds, branding, and boyfriends.

Some may look the same but each one is different, like a snowflake.

Many have been immortalized in Taylor's songs, an honor that surely all her suitors now expect on the first date.

Many have pointed out that it's more than a little sexist to criticize Taylor's serial romances. When men rack up a long string of conquests, they're congratulated for it, not shamed.

And those who would shame Taylor for the swath she has cut through the world's most eligible and newsworthy young men are just mean. In fact, they are haters. Who are gonna hate, hate, hate.

We have come not to slut-shame Taylor, but to praise her.

Who among us has not written an ode to a faithless ex-boyfriend?

Okay, not an ode, but a journal entry or a Facebook rant or a text message?

I myself once wrote a long screed to a guy who dumped me, comparing him to a horse and advising him to get plastic surgery. He threatened to publish it or something but that's a story for another day!

Let's review Taylor's many Ex's, and the songs they inspired. May she go on to document each kiss or disappointment for many years to come.

Taylor Swift Snubbed By The VMA's In Well-Earned Backlash

Why are Taylor Swift And Tom Hiddleston Punking Us?

Was Taylor Swift Shamed Into Donating $250K To Help Kesha? 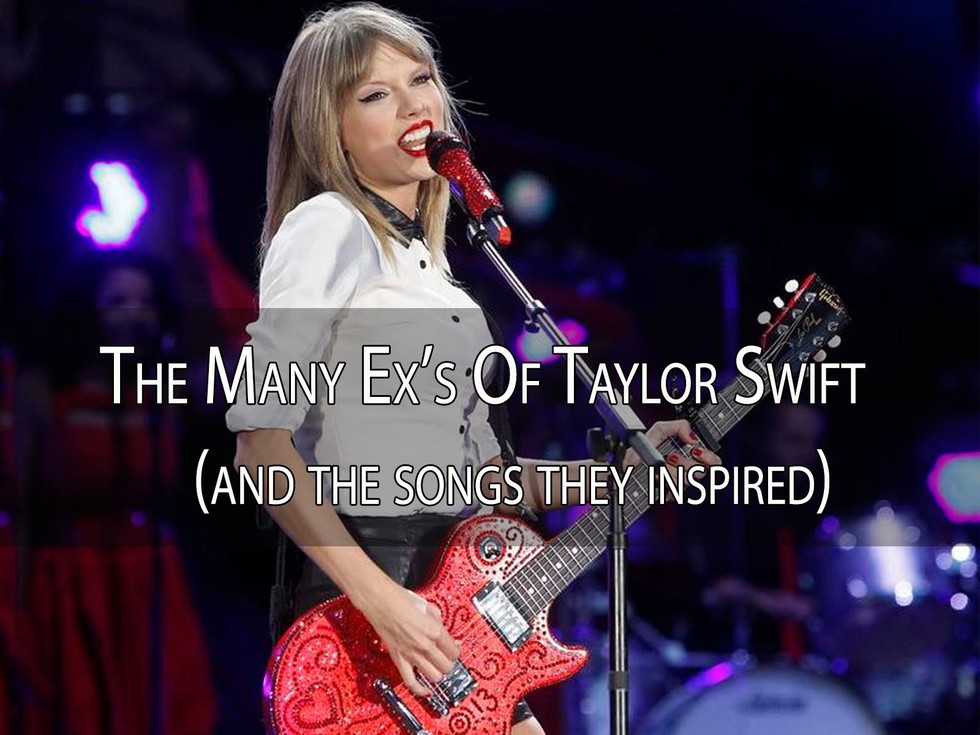 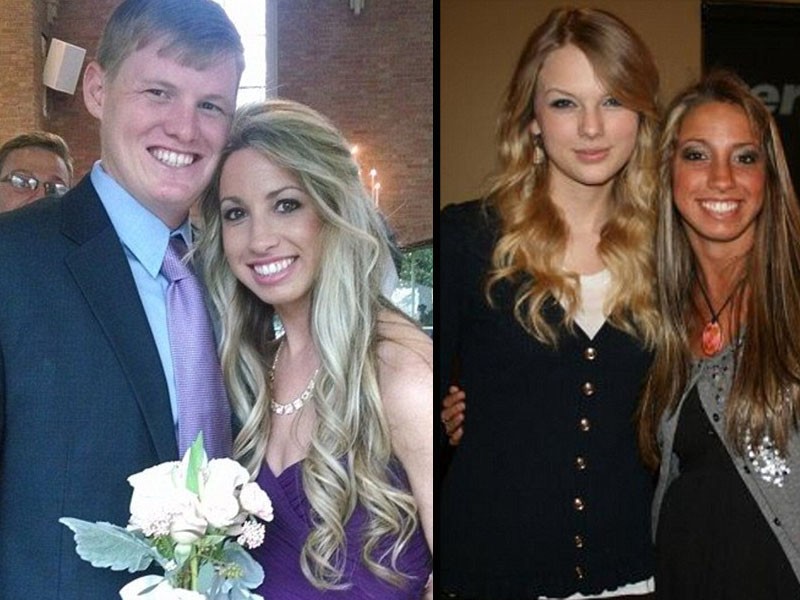 A high school boyfriend of Taylor's who dumped her for he one of her friends! Yes, he started it all! All's well that ends well though, as Jordan went on to marry the girl he left Swift for, and we all know what happened to Taylor. 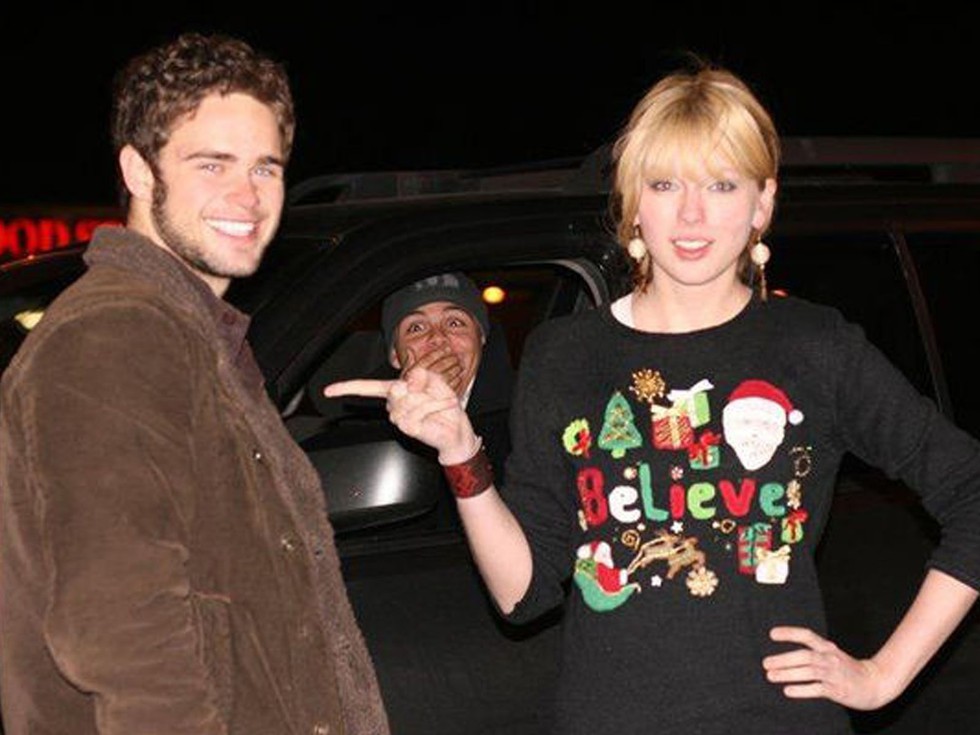 Teardrops On My Guitar

Taylor didn't actually date Hardwick—she had a crush on him in high school and wrote a song about it. Apparently when he found out the song was about him, he asked if he still had a shot with her. Errrr....NO! 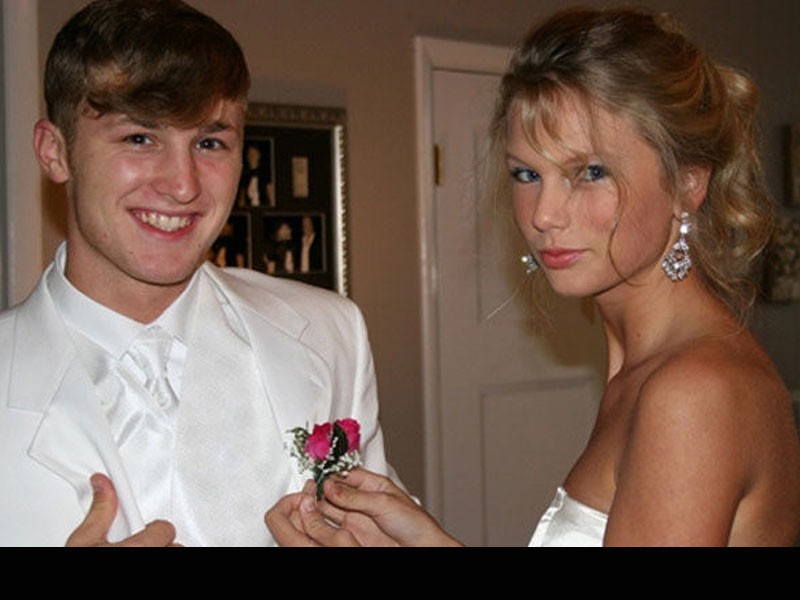 Brandon was Taylor's high school sweetheart and their relationship ended when he had to go to college. She wrote Tim McGraw as something for him to remember her by, and apparently he loved it. 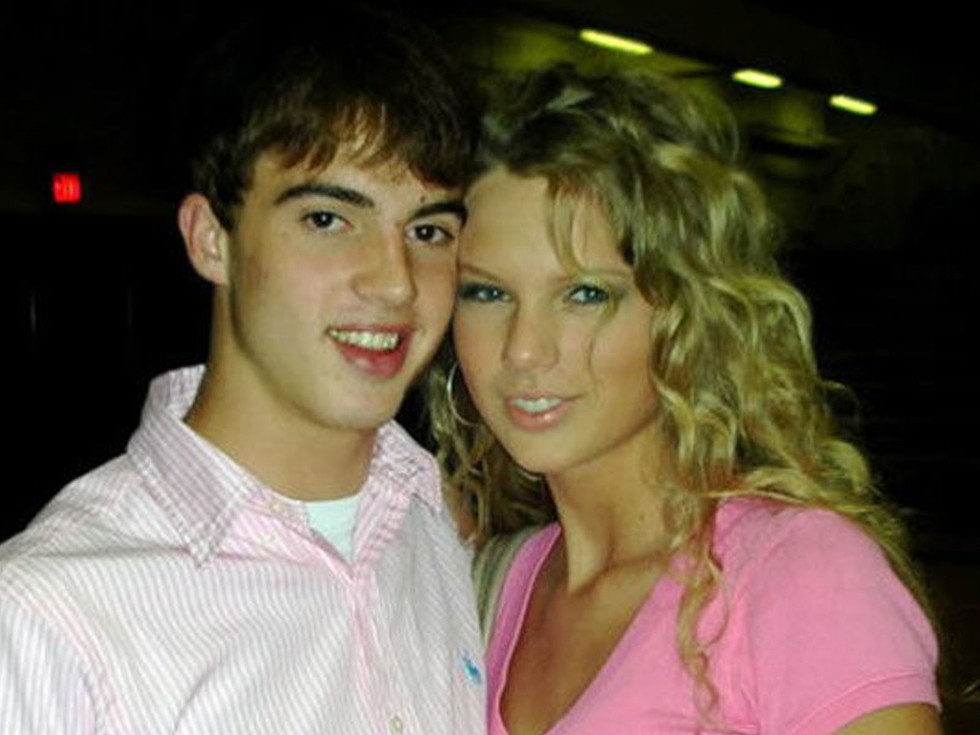 Another boyfriend who cheated on Taylor, only for her to get her revenge musically. In the CD booklet, every S, A and M was capitalized in the correct order. Scary! 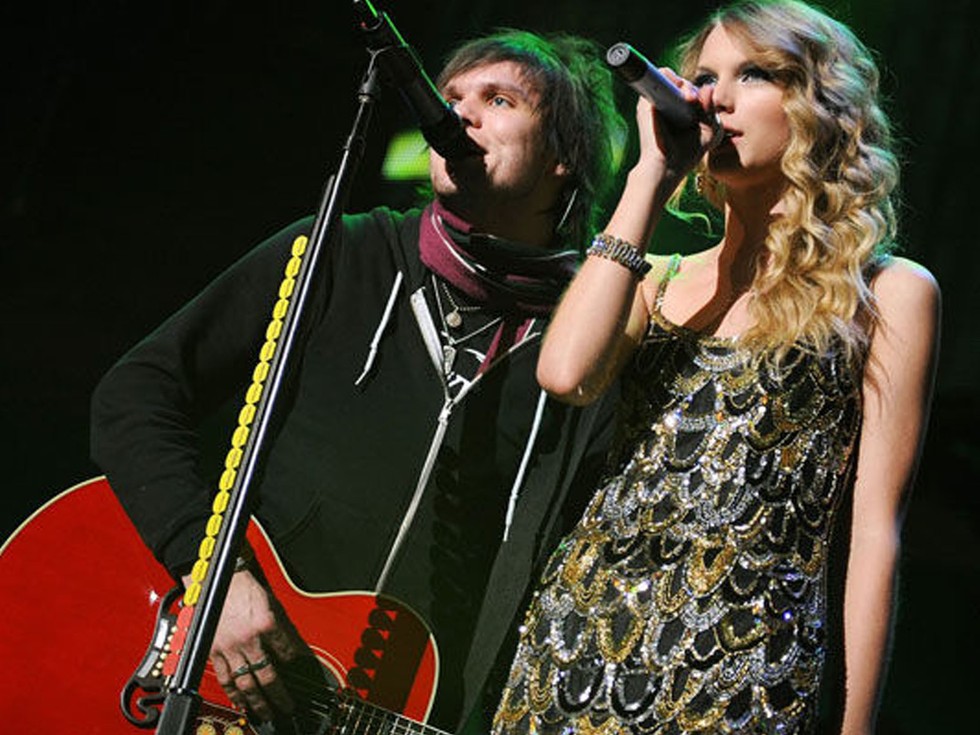 Love Story, White Horse, If This Was A Movie

This was a shortlived relationship, an apparently Swift fell hard for Johnson, lead singer of Boys Like Girls. Apparently though, TayTay's publicists didn't feel he fitted in with her image. 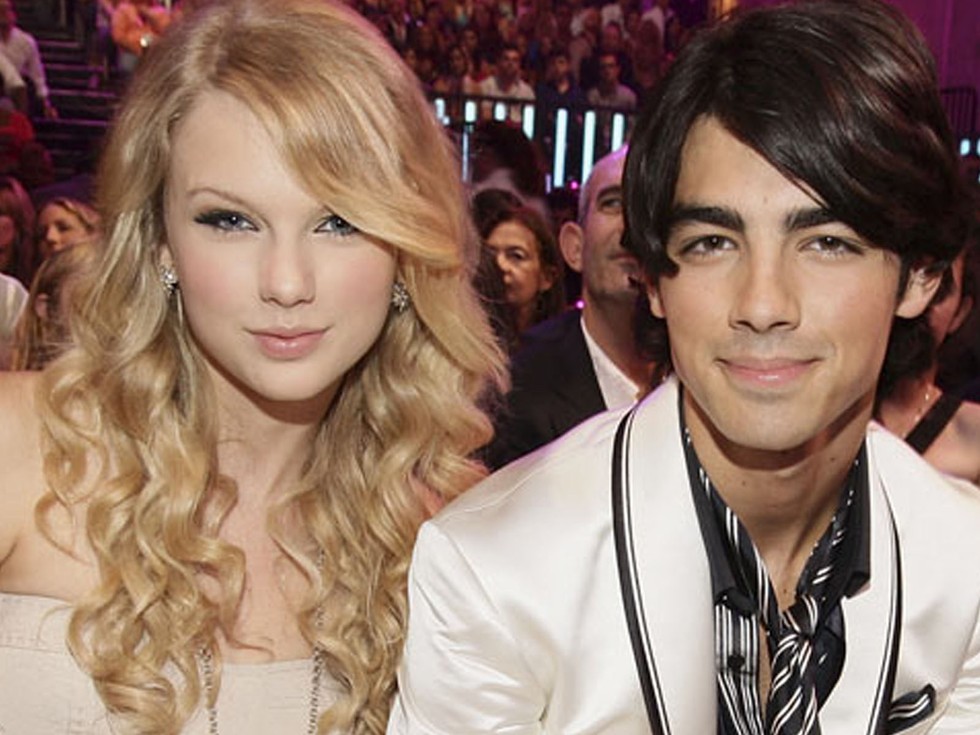 Joe provided a whole ton of inspiration for Swift—it's actually a wonder she had any time to spend with him during their relationship she was so busy scribbling notes. 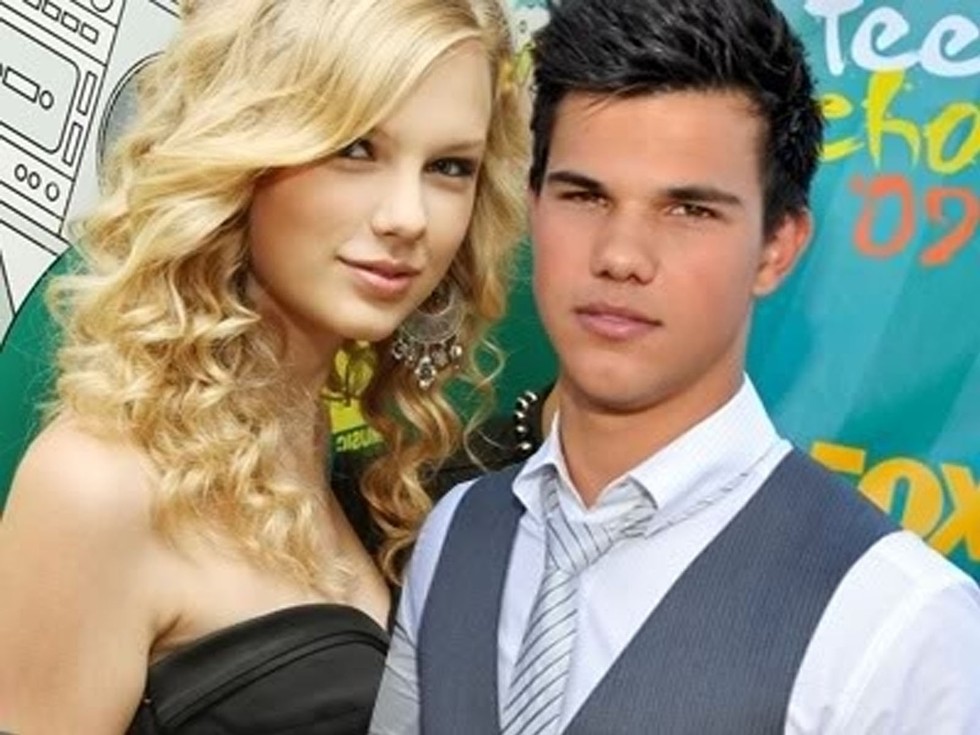 Taylor Squared started dating after meeting on the movie Valentines Day and he was way way more into her than she was him. The song is an apology for dumping him. 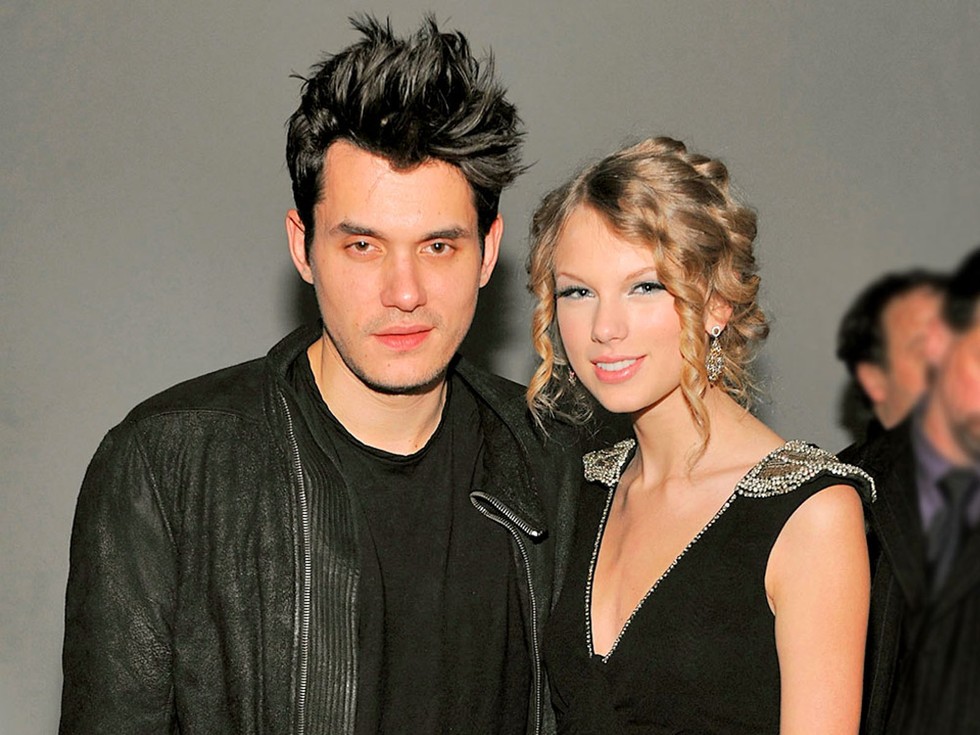 Dear John, The Story of Us, Superman, I Knew You Were Trouble

Notorious womanizer Mayer provided no end of inspiration for Swift. 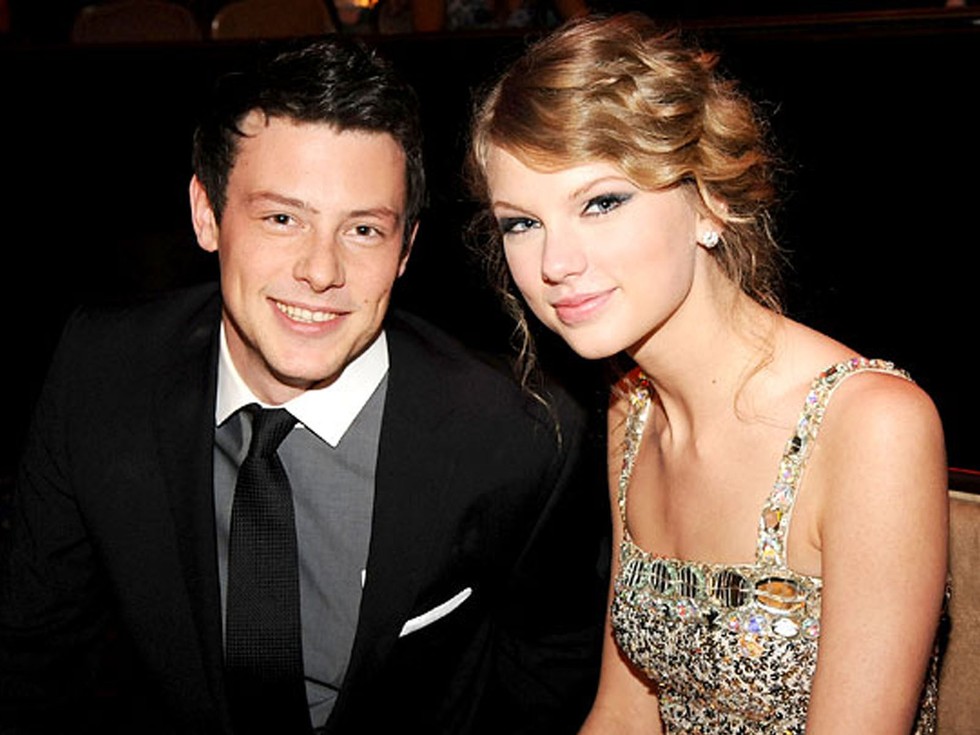 The official line is that Taylor and Cory never dated but that she just wondered what it would be like to be with him. Creepy much? 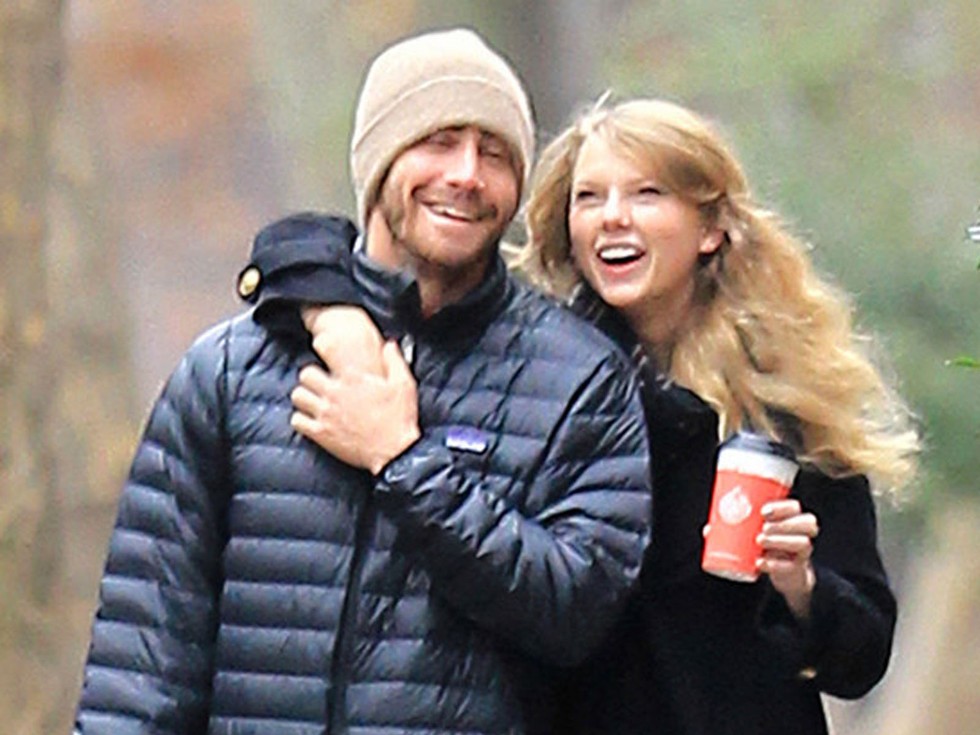 We Are Never Ever Getting Back Together, State of Grace, All Too Well, Girl At Home, The Moment I Knew

Famed for his dislike of any invasion of his privacy, you can understand why that maybe didn't fit in with Taylor's tendency to stage manage her relationships. They broke up a couple of time and Swift let the world know why with this song. 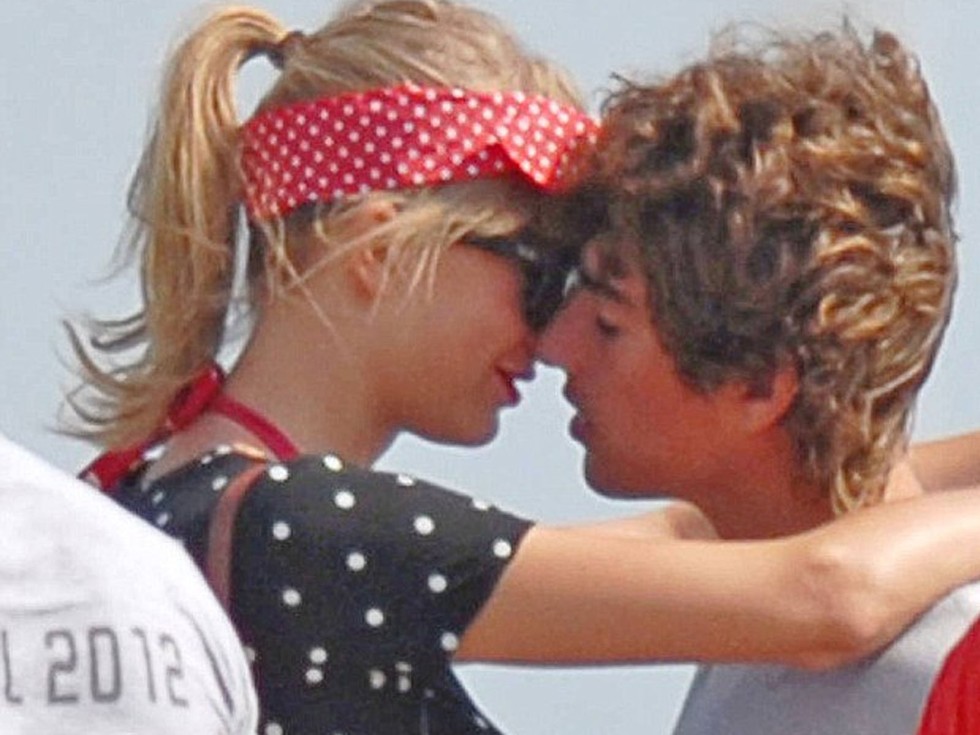 Begin Again, Everything Has Changed, Starlight

Taylor wrote this when she started Kennedy after a really bad relationship—seems like her romantic side hadn't died. 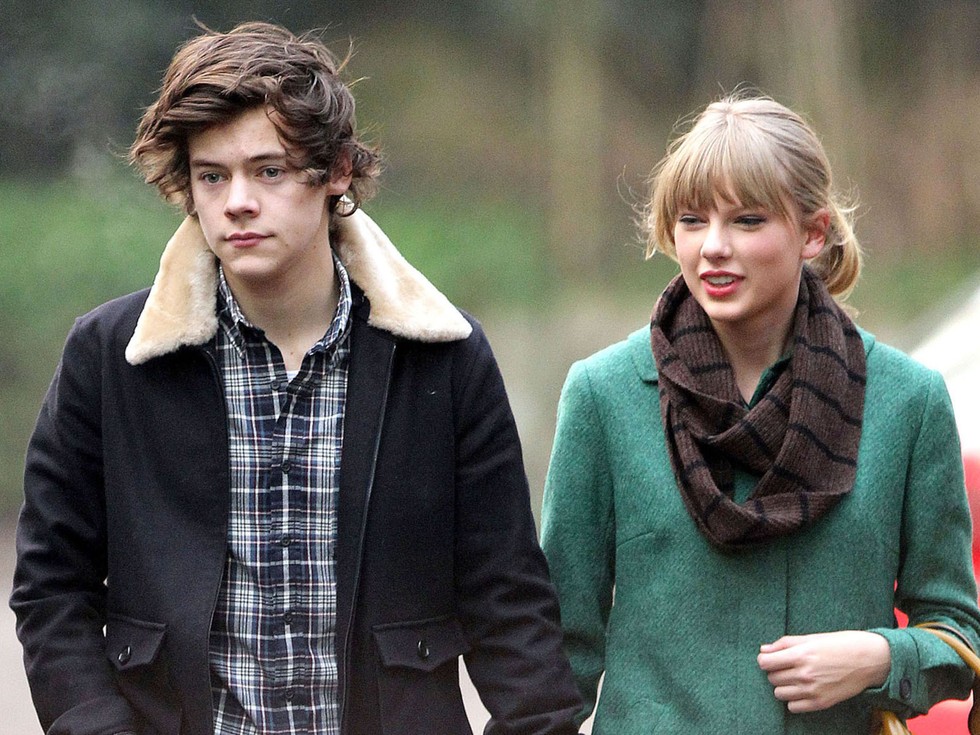 Style, Out Of The Woods

One Direction star Styles and Taylor had a brief and rock relationship that was played out mostly in the media spotlight. 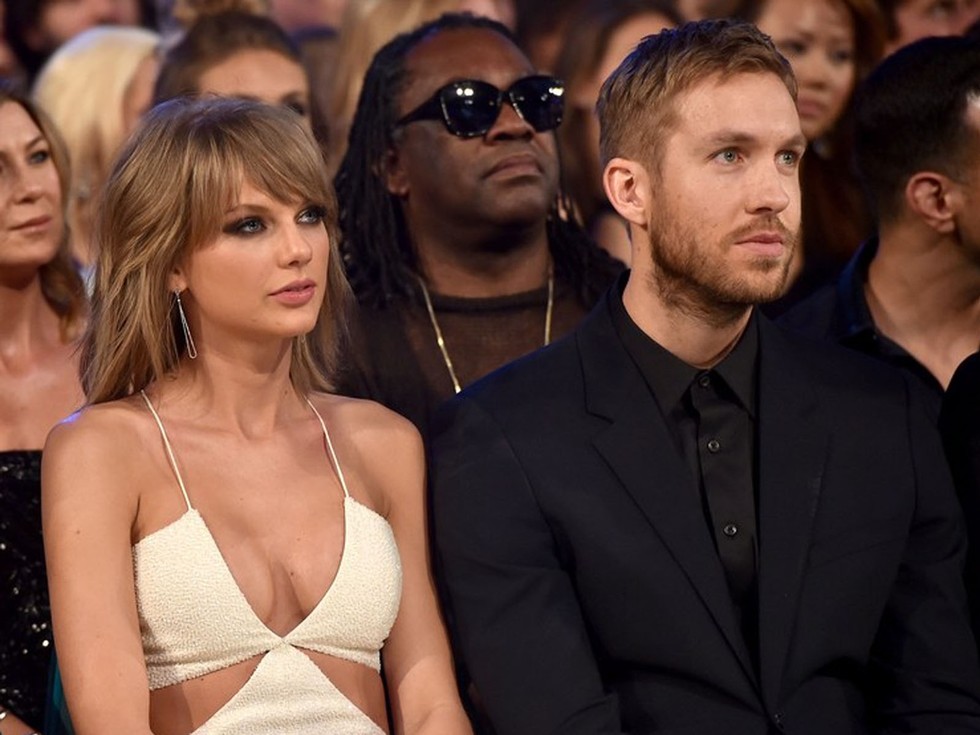 This Is What You Came For

This is actually a Calvin Harris track that Swift wrote. But she kept that to herself until they broke up and then tried to embarrass him.

Don't point the finger at her, your Honor!

Amber Heard denies releasing a video of Johnny Depp in a rage, accidentally cutting off his fingertip and using the blood to make art in a crazed meltdown.

The video emerged just a day before Heard was scheduled to be deposed in her legal battle with Depp.

In the video released on Friday, the action ends abruptly when Depp realizes that Amber is recording his tantrum on her phone. The last things we hear him saying is:

You want to see crazy? I'll show you crazy!

Today, TMZ has published photos of Depp's maimed finger, contending that it happened after Heard was forced to drop her phone.

In addition to the picture of the finger, TMZ also posted a picture of a mirror on which Depp has allegedly written the names of Amber's suspected paramour, Billy Bob Thornton. (!!!)

It is know that Depp needed surgery on his finger but the story was that he injured himself on a film set in Australia.

Johnny Depp has a temper. We can see it in the video.

But we don't see him getting physical with Heard.

We do hear her goading him, in an exaggeratedly innocent 'who-me?' little girl voice.

If Amber didn't release the video, who did?

It's safe to say that the couple had a turbulent relationship. From all accounts, this is business as usual for Heard.

Depp's ex wife and friends insist that it is not his nature to be violent.

But after 14 months of marriage, what is a fair amount of money for Amber?

And why does she continue to use the press to indict her estranged husband?

Call me impartial, but a woman who goads a man into flipping out and then records him going berserk is not a person to be trusted.

It suggests a scheme, at the very least.

Just as a man making a secret sex tape of his lover, a woman recording a temper tantrum (that doesn't involve any harm done to her) is out of order and demonstrating poor character.

Poor Johnny. Amber seems like a gift that won't stop giving until the price is right.

READ MORE ABOUT AMBER AND JOHNNY

Amber Heard And Johnny Depp Line Up Witnesses For Legal Brawl, PLUS A Secret Photo


Related Articles Around the Web