LIVE | This year's Unit J block party event promises to be bigger than ever.

Tomorrow (June 7), the annual Northside Festival kicks off with a wide-ranging, genre-bending lineup. Now in its ninth year, the event promises major performances from such acts as Dirty Projectors, Miguel, Girlpool and many others. Unit J, a collaboration of six creatives who turned their Bushwick loft into a makeshift screening theatre and concert space, is also expected to be a must-see vision of the five-day festival, which also includes an innovation conference and has drawn 100,000 each and every year since its inception. "There's no place like Northside to develop your professional network and connect with colleagues who will transform your career or your business. Northside Innovation will feature talks on emerging tech, media innovations, the future of original video content, startup pitch competitions, talks on design, tactical workshops for entrepreneurs, and cultural discussions with Brooklyn influencers," reads the event's mission statement.

Get more information about the festival here. Admission for the Unit J-hosted events (outlined below) run a meager $5. So, you have no reason not to enjoy the heat and some good tunes.

Check out an event teaser below:

Last summer, the record label extension of Unit J launched to much fanfare. "You'll feel an overwhelming amount of creative energy and support from the musicians. We're building a scene based on collaboration and community rather than cut-throat competition. We've pulled together our 10 favorite bands and 10 favorite short films and put them all on one bill. This is our (Unit J) family, one of the founder's Dru Cutler spoke to AXS.

Funny enough, Cutler had never met his five other collaborators before he moved into the loft. "My girlfriend moved to the Midwest, and I had only one week to find a new home. I stumbled across this empty warehouse that was looking for another roomie," he told Indie Band Guru. "We all moved in on day one and met each other. We were rolling the roommate dice, really. We had five dirty couches, a giant pile of unopened boxes and an LED TV sitting on the floor playing Game of Thrones on loop. Our hot water constantly turned off and strangers were regularly sleeping on our floor. It was a miserable place." 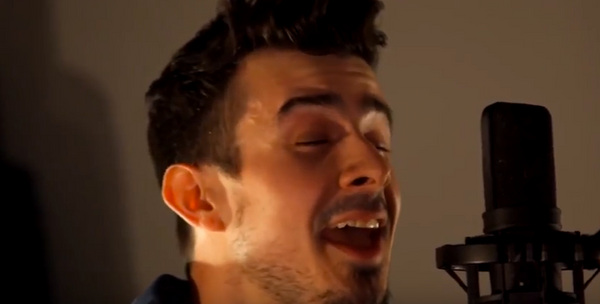 Check out this year's Unit J lineup below:

Venues are located, as noted below:

LISTEN | Lorde gets lost in "Perfect Places" with new song

Are Celebrity CBD Brands Ever Worth It?