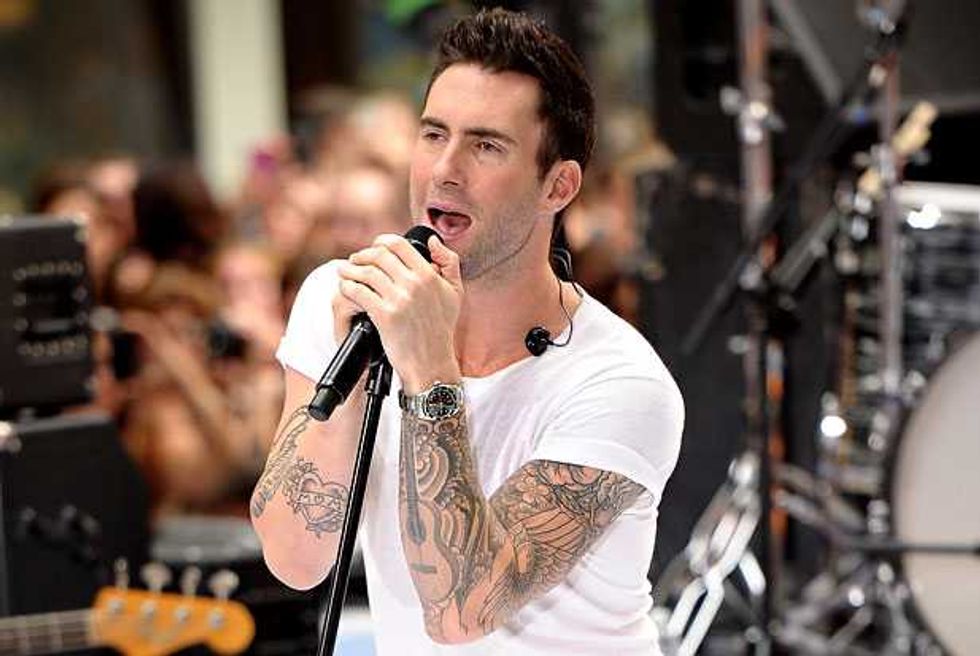 There's not much of Maroon 5 on Maroon 5's Overexposed; the album comes off like the recording studio forbade bands from playing their instruments lest they sully the mix with grit or unpredictability. Lead single "Payphone" sounds like it came about from the crew playing some ill-fated spinoff of Rock Band where the idea was to mimic the MIDI guide tracks as closely as possible, and follow-up "One More Night" might as well be Adam Levine trying to sneak a cry for help through the Swedish-reggae machine of "All That She Wants": "I'll be waking up in the morning probably hating myself / and I'll be waking up feeling satisfied but guilty as hell." And it isn't even bad.

It's no surprise, then, that when it comes time to perform these things on the Today Show, plus spiritual precursor and superbug-of-an-earworm "Moves Like Jagger," it ends up being Adam Levine singing while the rest of the band sort of just stands around. You know how, when there's a movie ostensibly about musicians except nobody in front of the camera knows how to play guitar and nobody behind it knows how to work a hand double, they'll just get the actors to wave their hands over their instruments like they're using a motion-activated paper-towel dispenser? If the band played any less, this would be exactly that. You suspect "Harder to Breathe" was thrown in just to give the poor guys something to do.