Watch Beyonce Rehearse For "I Was Here" At The UN General Assembly, No Big Deal 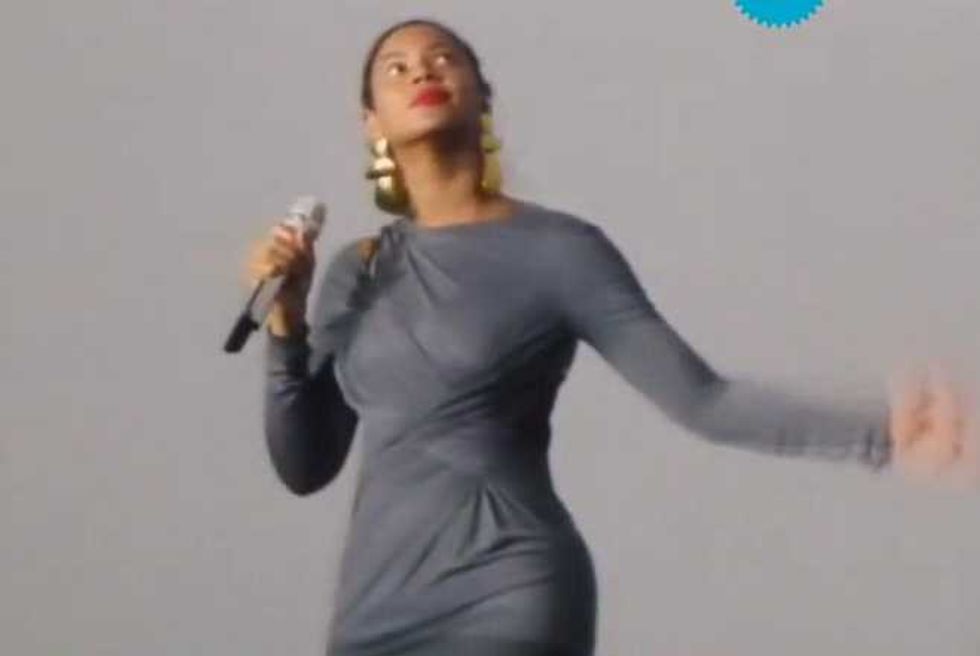 Beyonce is partnering with the United Nations because she is Beyonce and she can, and because no lesser audience would be suitable for "I Was Here." On the album, it's just a Ryan Tedder ballad, but in context, it's a grand statement of cosmic purpose delivered from the very sands of time!

Sadly, Beyonce could not be present on the very sands of time to deliver the video, but she and the world both figured that delivering it in front of a live audience at the U.N.'s general assembly--and a visual where it looks like she's soaring through space--would more than suffice. The video premieres August 19, on World Humanitarian Day, but part of her rehearsal is below.

Speaking of "I Was Here," these people were:

Wow, @beyonce just performed in the UN General Assembly.She was awesome. Video will be released on #WorldHumanitarianDay August 19th.