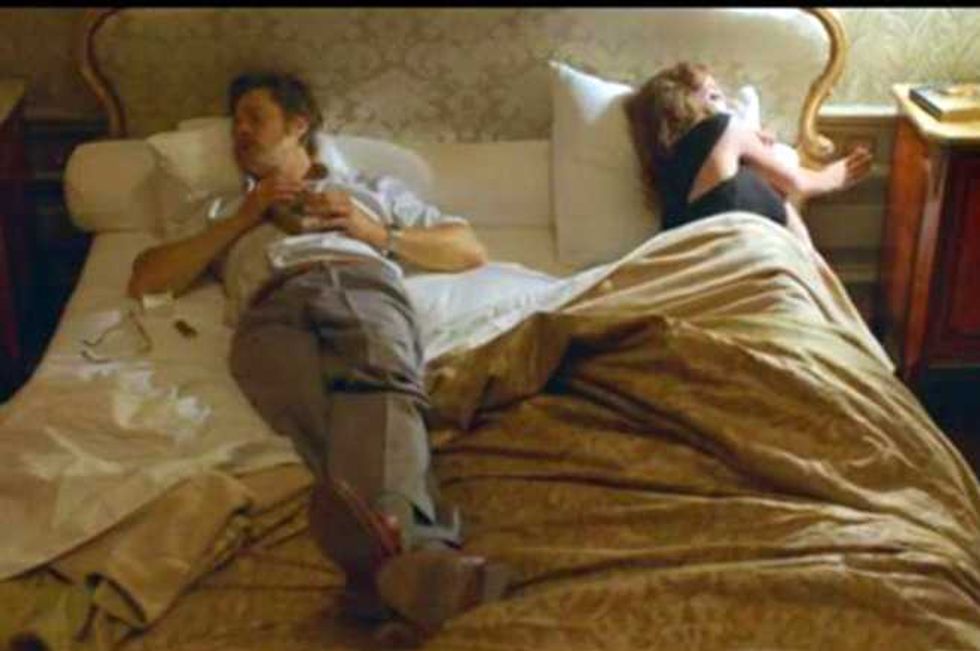 The wait is over: The trailer for Angelina Jolie's new movie with husband Brad Pitt confirms that By The Sea will be a stupefying unintentional comedy on par with Madonna's cinematic fiasco with Guy Ritche. Yay!

Angie's wig looks like something from a yard sale. Why doesn't she want it to look real? Why can't she just dye her hair for the role like other actresses?