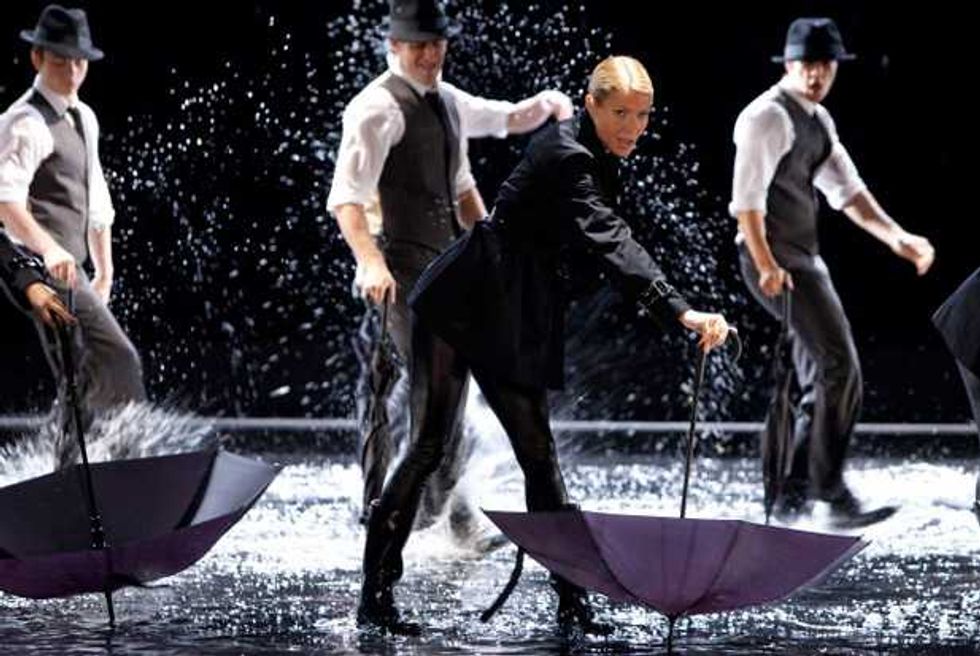 Those Glee kids love their surprise guests. Gwyneth Paltrow joined the exclamation-loving Glee Live! tour in East Rutherford, NJ Thursday night, reprising her role as itinerant substitute teacher Holly Holliday for her signature number " Forget You." (We know there were probably kids in the audience, but isn't a live show the perfect time to let the f-bomb fly? You've escaped the hands of Fox!) No longer working on her solo album, Paltrow had some time to spare, and really, who could turn down an opportunity to dance around with a bunch television stars and repeatedly scream expletives into a microphone, to the cheers of 20,000 approving fans? If she wants to be an equal opportunist, though, it's never too late for a guest spot on The Voice.

While Paltrow's next film Contagion won't be released until October, the movie star will be popping up at your local theater before then. Last night's performance was one taped for the upcoming Glee Live! 3D! concert film, to be released for a limited run this August. There goes Paltrow again, covering all of her bases like any good multihyphenate would.