Watch Zayn Debut His New Song 'It's You' On 'Fallon' 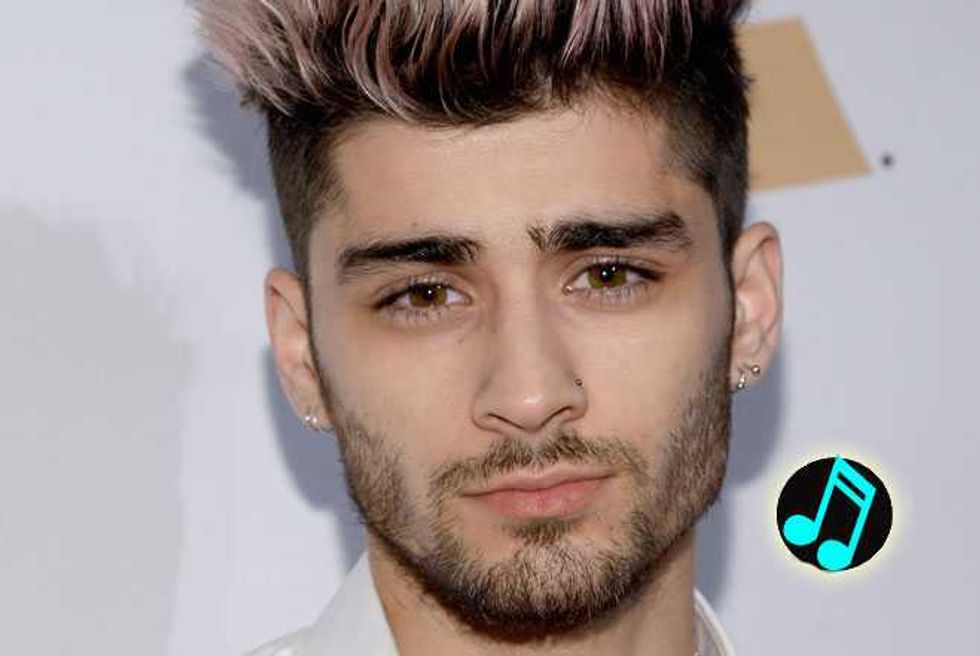 Former One Direction band member and breakout singer Zayn is readying the release of his solo debut album, Mind of Mine (out everywhere March 25). His provocative single Pillowtalk has been the talk of the town (in over 60 countries worldwide), and he follows it with an even more chill release. During his promo stop on The Tonight Show Starring Jimmy Fallon last night, the rockstar debuted a brand new song called It's You.

Backed by The Roots, Zayn gave a slinky but subdued rendering of the song. The singer also revealed the cover art for his album, featuring a photo of himself as a chubby-cheeked, tattoo-marked elementary schooler.

Watch his performance below:

Here is the Mind of Mine album art:
[PHOTO CREDIT: Kevork Djansezian/Getty]
Stay tuned for Zayn updates. Be sure to follow @Popdust and @JasonTheScott on Twitter!
culture