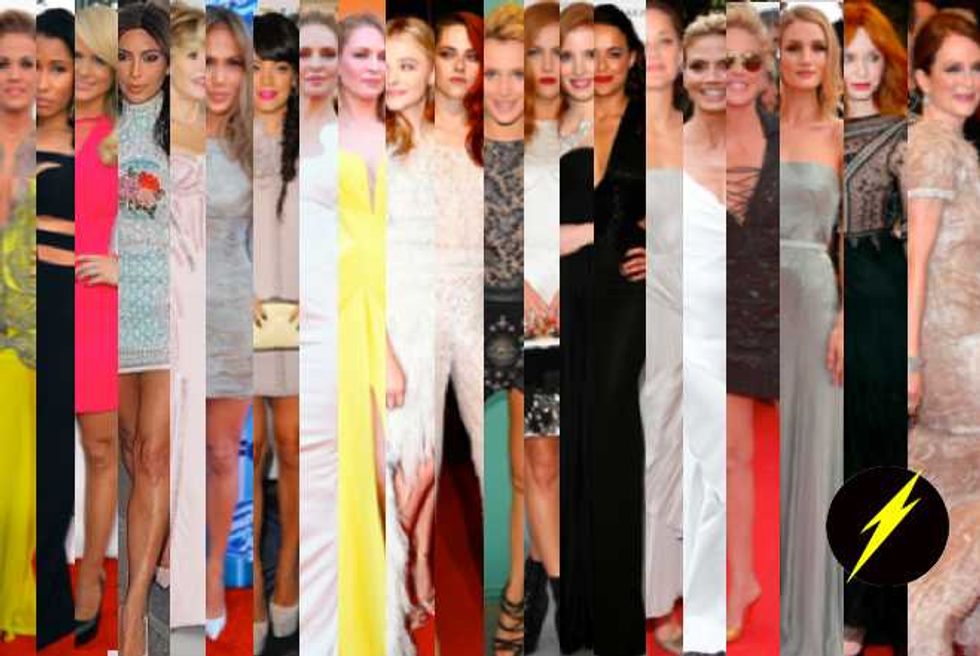 From the swanky red carpet of Cannes Film Festival and the Billboard Music Awards to the hottest Hollywood events, stars like Heidi Klum, Kim Kardashian, Jennifer Lopez, Nicki Minaj and Kristen Stewart were dressed to rock and shock this week – in the best, worst and most ridiculous designer duds. 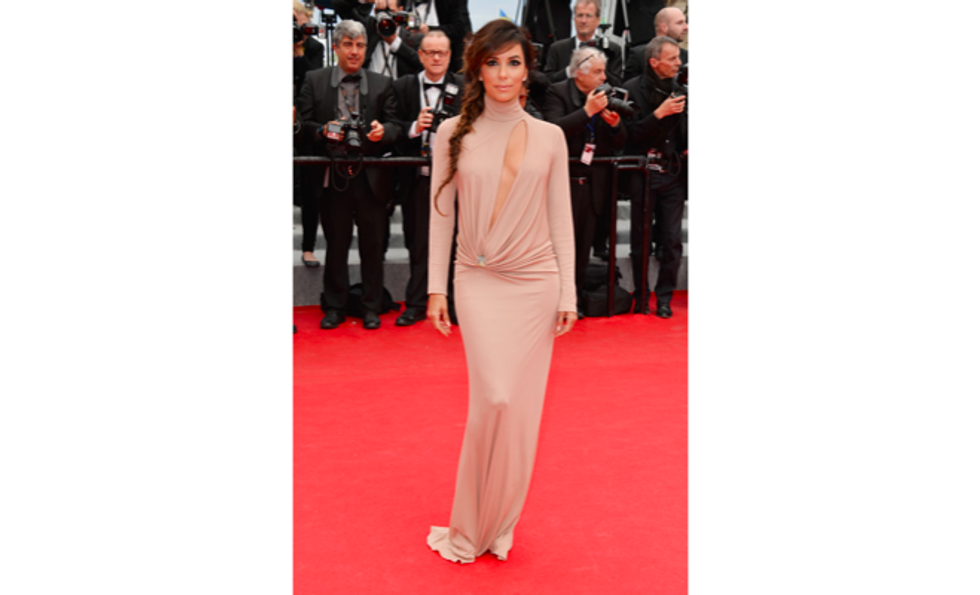 Previous Next
Best: Eva Longoria looked really pretty, yet sexy, at the Cannes Film Festival in a nude gown that showed just the right amount of skin. 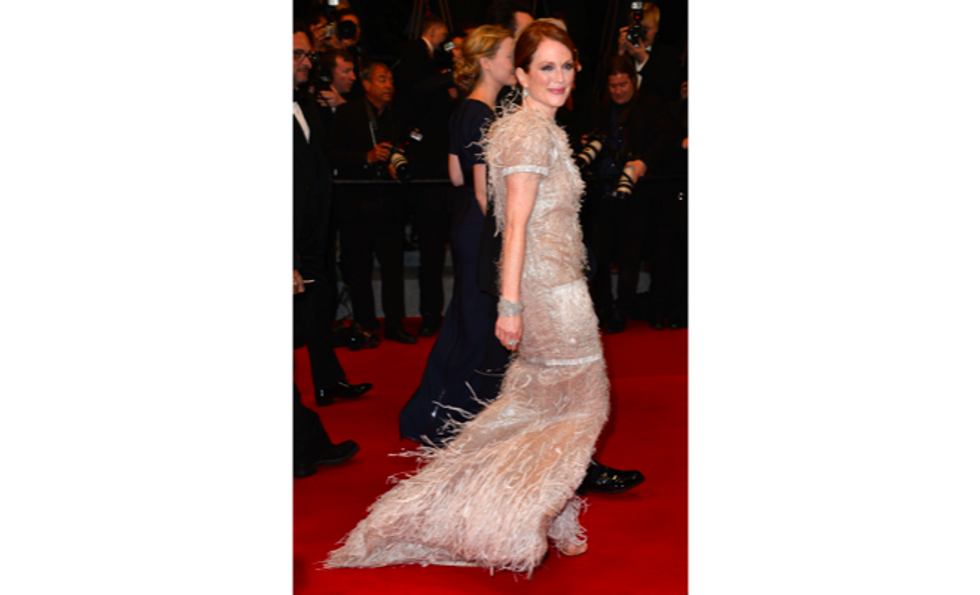 Previous Next
Worst: Feather overload, Julianne Moore. Maybe this Chanel Couture gown looked better in person than it photographed, but too bad. 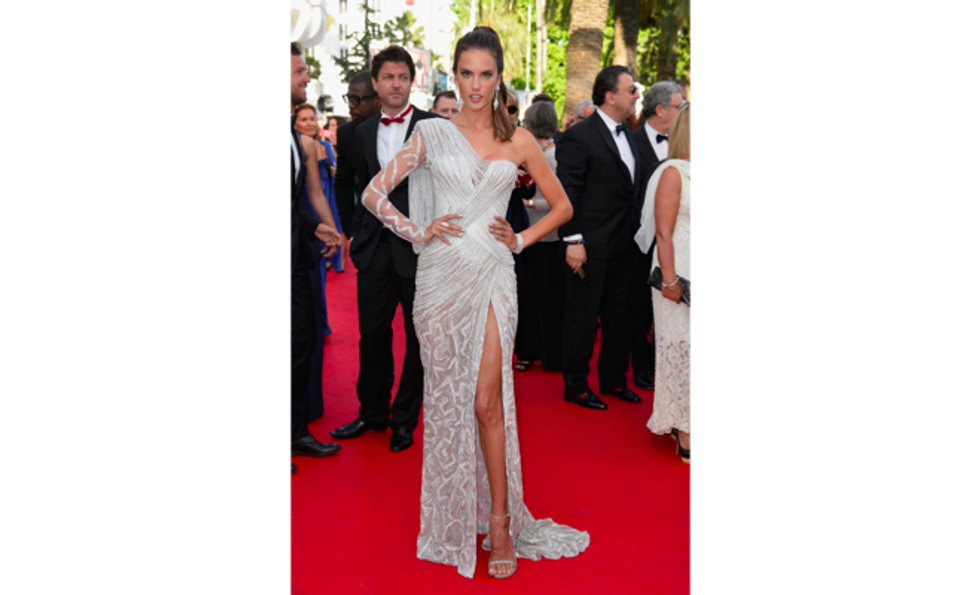 Previous Next
Best: She’s one of the hottest supermodels in the world, so it isn’t shocking that Alessandra Ambrosio looked hot in this slitty Atelier Versace gown. 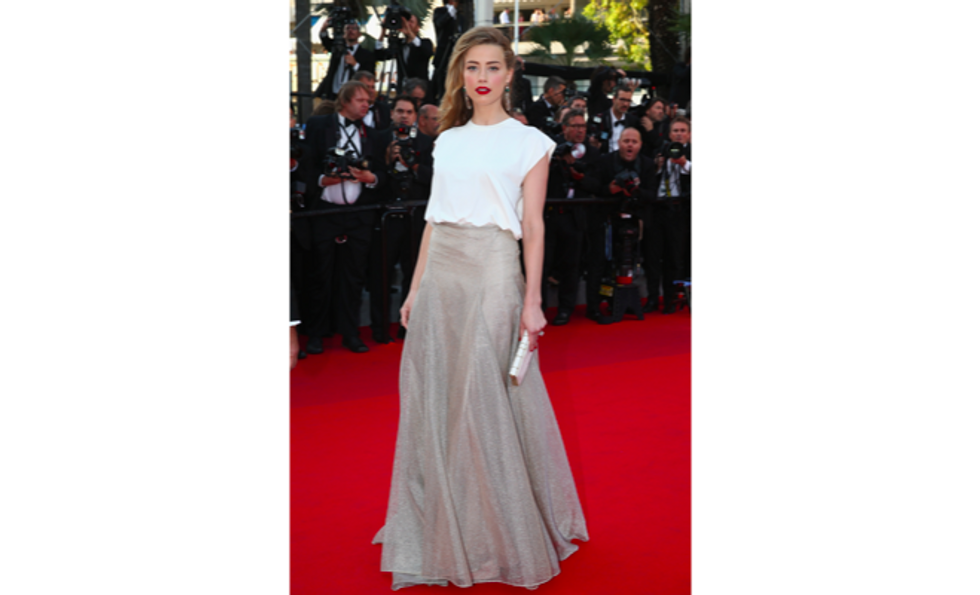 Previous Next
Best: I get why Depp is marrying Amber Heard. She’s stunning and doesn’t try too hard like so many of the other idiot actresses out there. While those tired women are getting all dolled up in embellished and feathered crap, she walks the red carpet looking so elegant in a simply chic Vionnet ensemble. 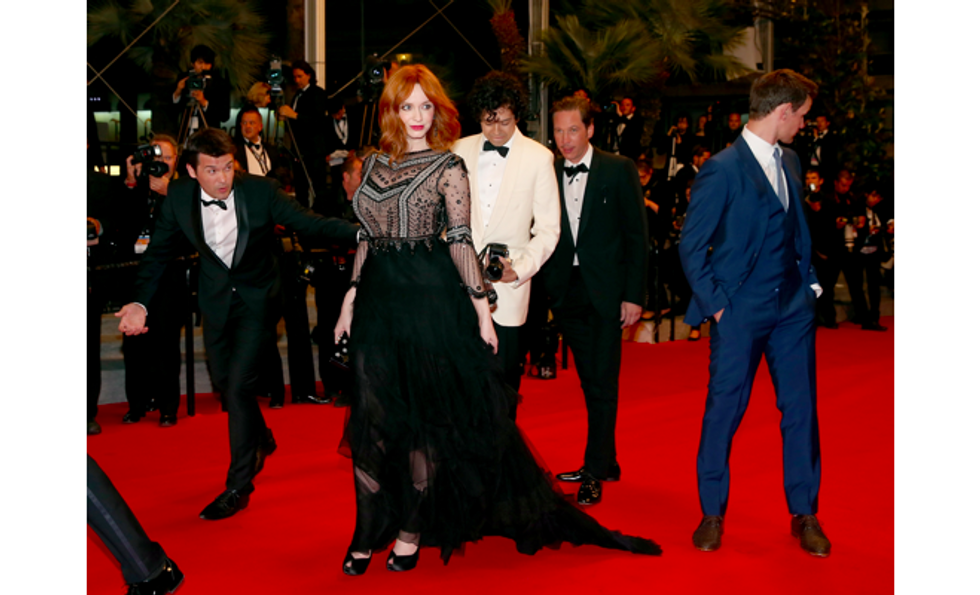 Previous Next
Best: The beauty that is Christina Hendricks radiated at the Cannes premiere of Lost River in a gorgeously embellished Alberta Ferretti gown. 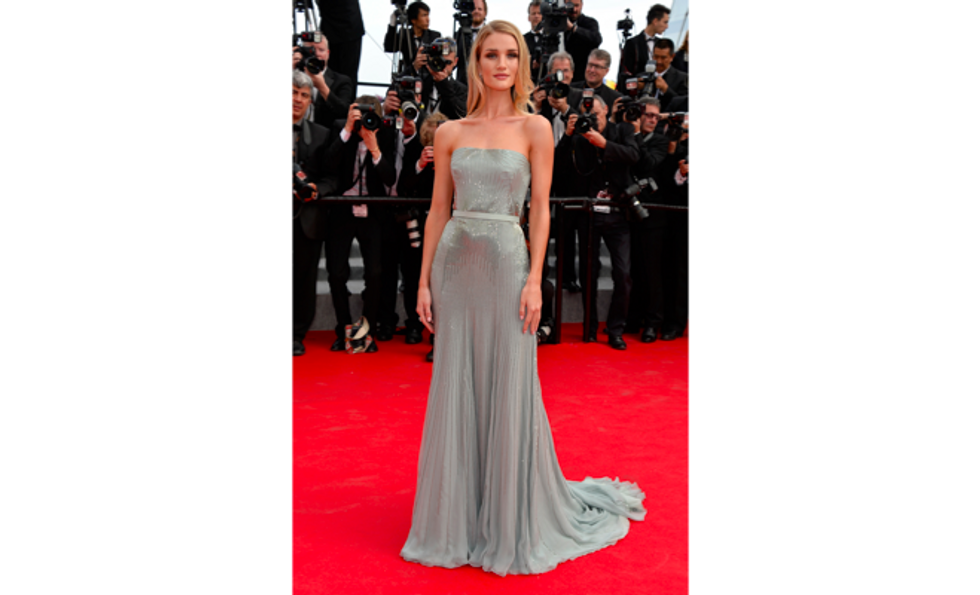 Previous Next
Best: Rosie Huntington-Whiteley is a goddess and dressed the part at Cannes in Gucci. 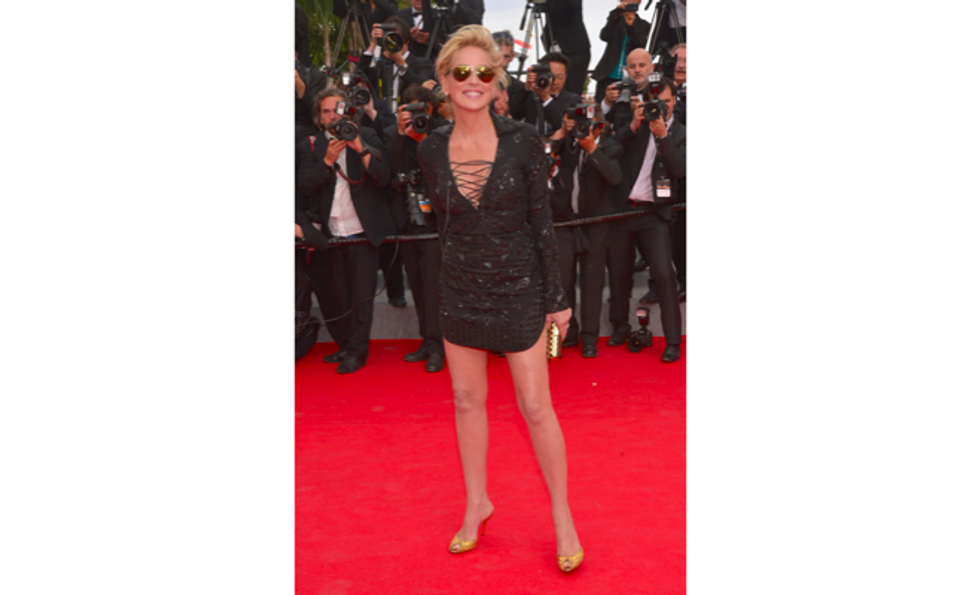 Previous Next
Most Ridiculous: I just love Sharon Stone because she so crazy on the red carpet. I meant to say “she so crazy” by the way. It was not a typo. Anyway, she really outdid herself in this lace up Emilio Pucci mini, which she paired with shoes that totally didn’t match and sunglasses. 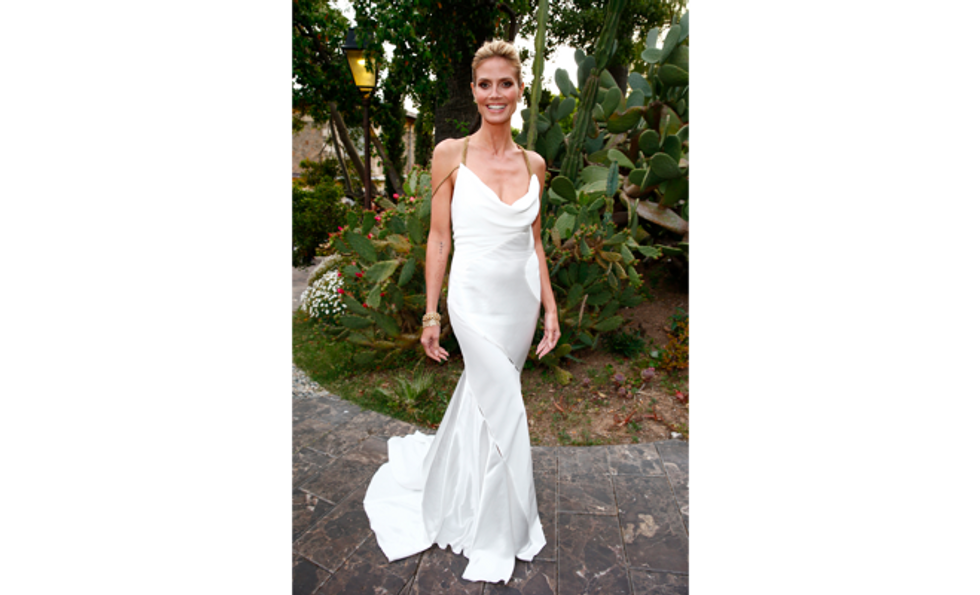 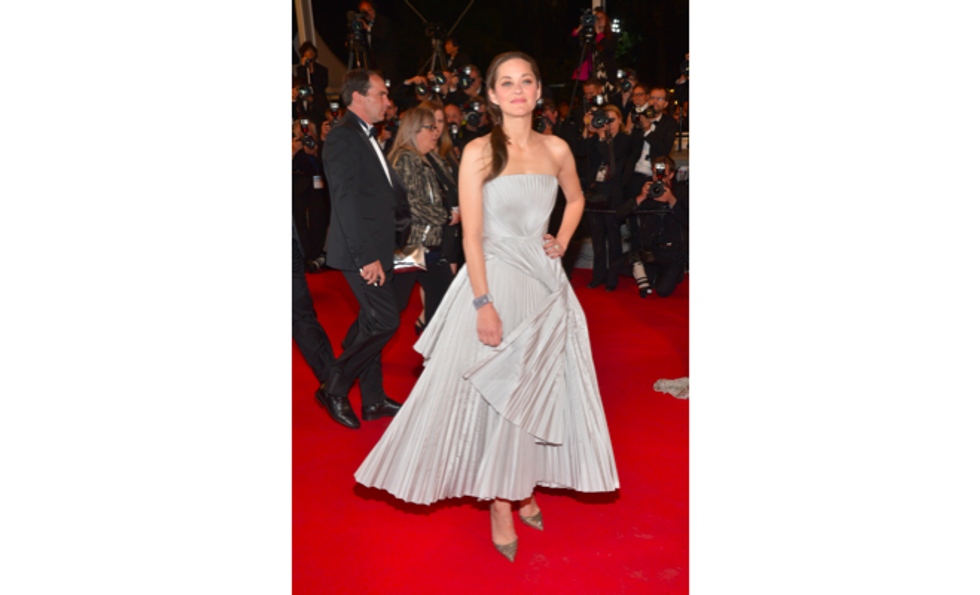 Previous Next
Most Ridiculous: I bet Marion Cotillard was like, I want to wear an accordion to the Cannes Film Festival, but I guess I will settle for this Dior dress. 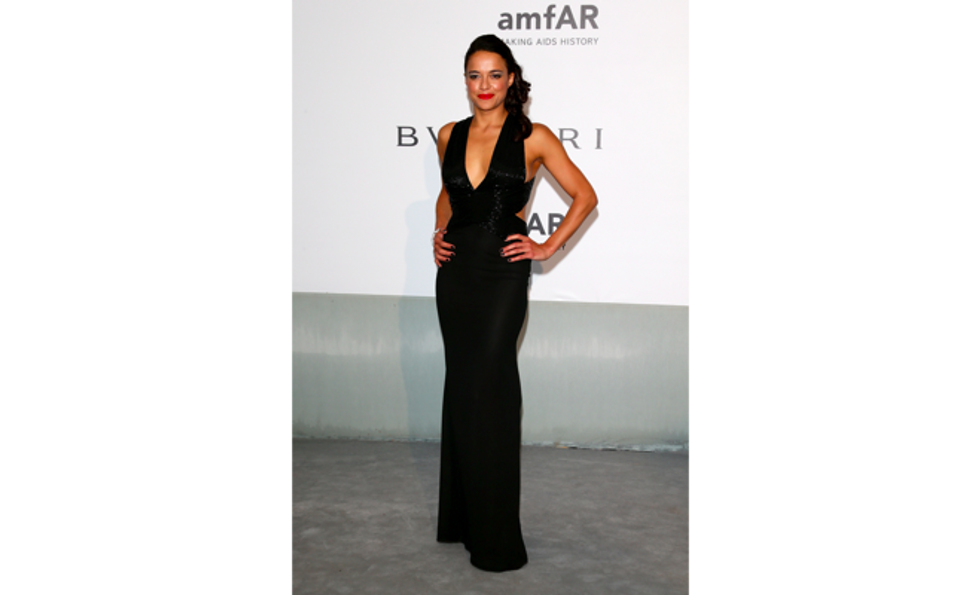 Previous Next
Best: Michelle Rodriguez can look really elegant lady-like when she wants to. Here she is at the Cannes Film Festival amfAR Cinema Against AIDS gala in a stunning Elisabetta Franchi gown. 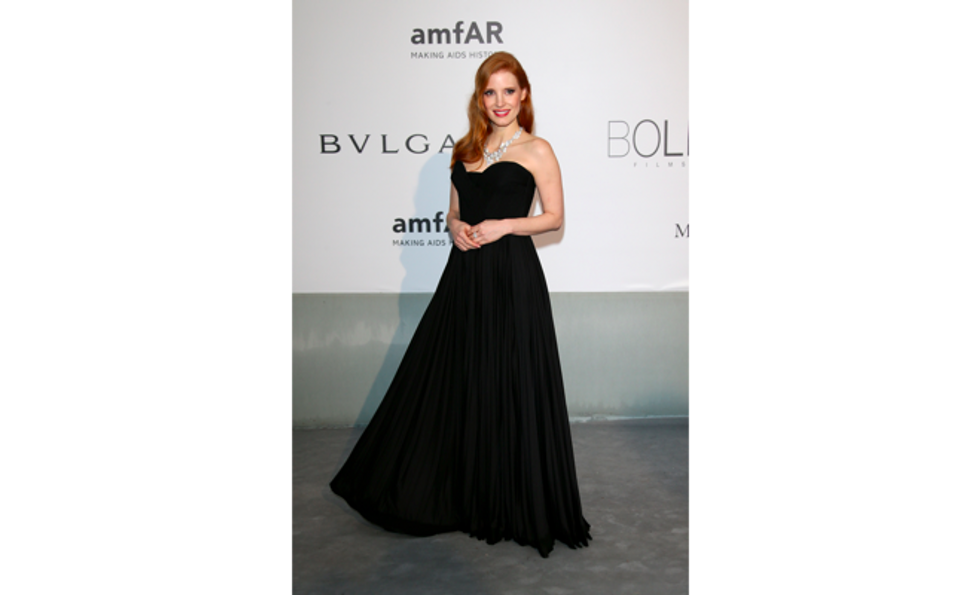 Previous Next
Best: Jessica Chastain is really one of the only respectable actresses in Hollywood and she dresses like a movie star. I loved her sweetheart strapless Givenchy Couture gown and the way she paired it with that gorgeous statement necklace. 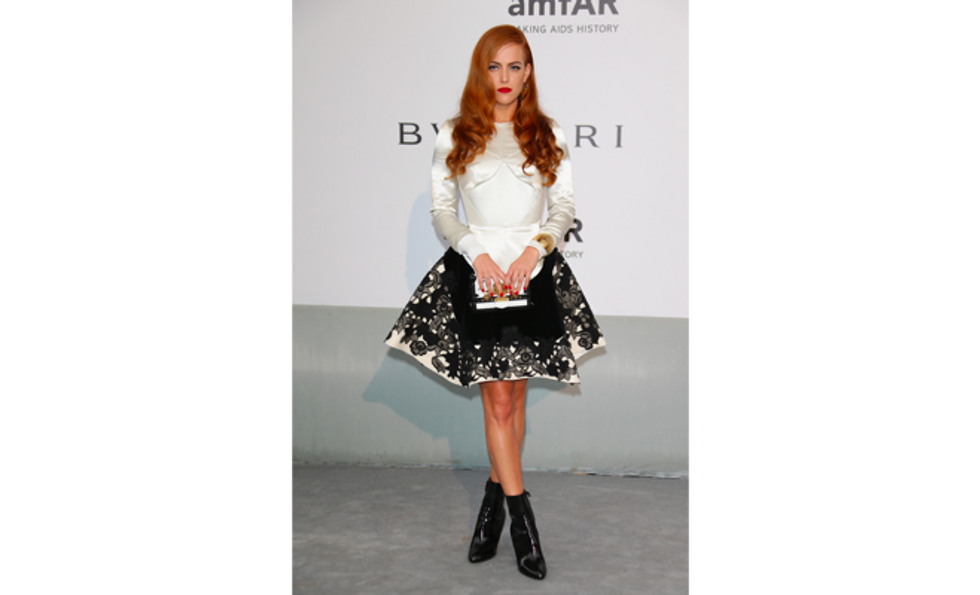 Previous Next
Most Ridiculous: This Louis Vuitton dress looks like something Riley Keough’s late grand-daddy Elvis would pick out if he was still alive and totally senile. 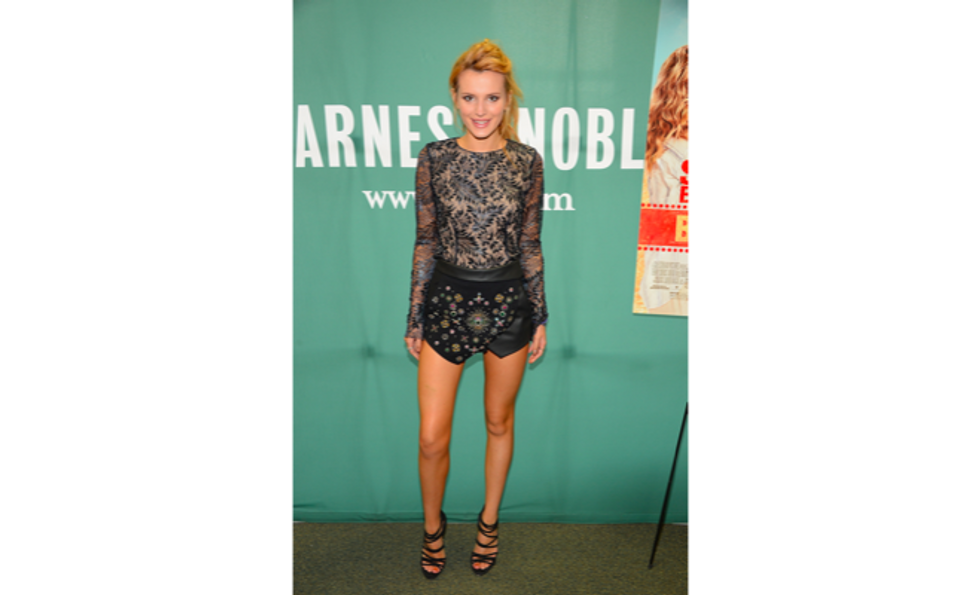 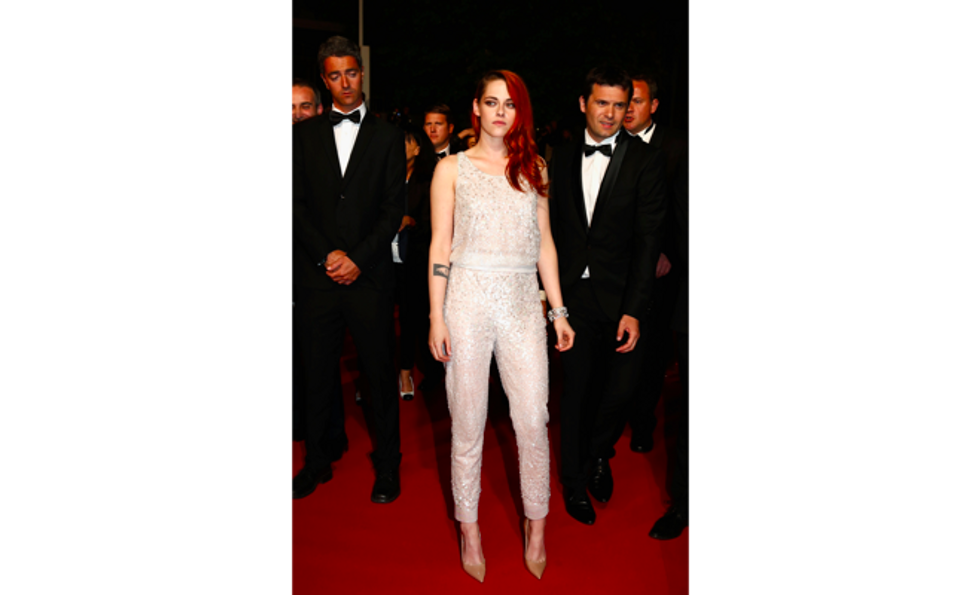 Previous Next
Best: I like Kristen Stewart’s Chanel pantsuit at the Cannes Film Festival, but her over dyed red hair is so played out. Please celebs, stop with the colored hair dye. 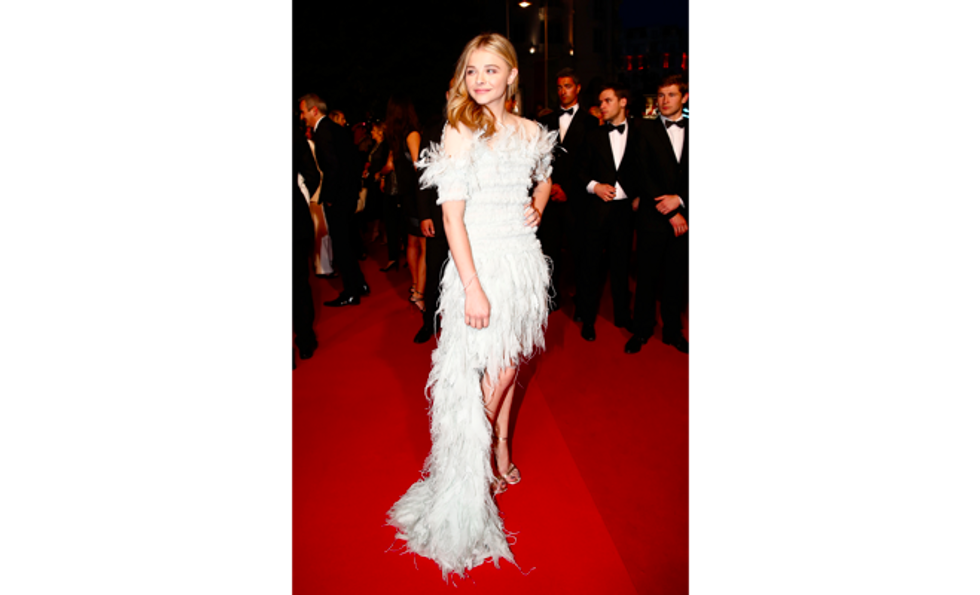 Previous Next
Worst: Chloe Grace Moretz looked like she could fly with all the feathers on her Chanel Couture dress at Cannes. 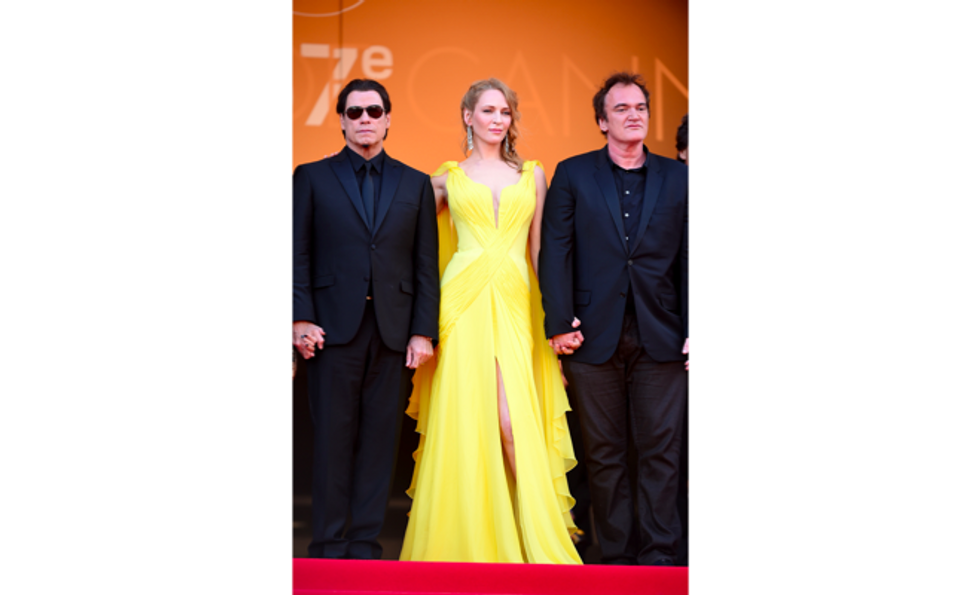 Previous Next
Best: Surrounded by two of the biggest weirdos in Hollywood, Uma Thurman was anything but mellow in yellow Atelier Versace at the 20th Anniversary of Pulp Fiction at Cannes. 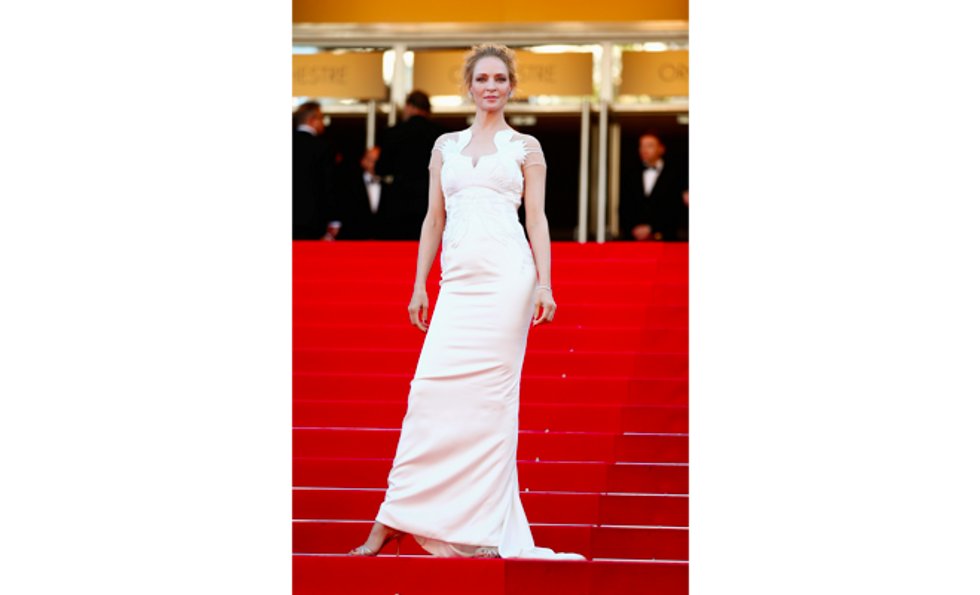 Previous Next
Best: She also looked lovely at the closing ceremony in this crafty Marchesa gown. 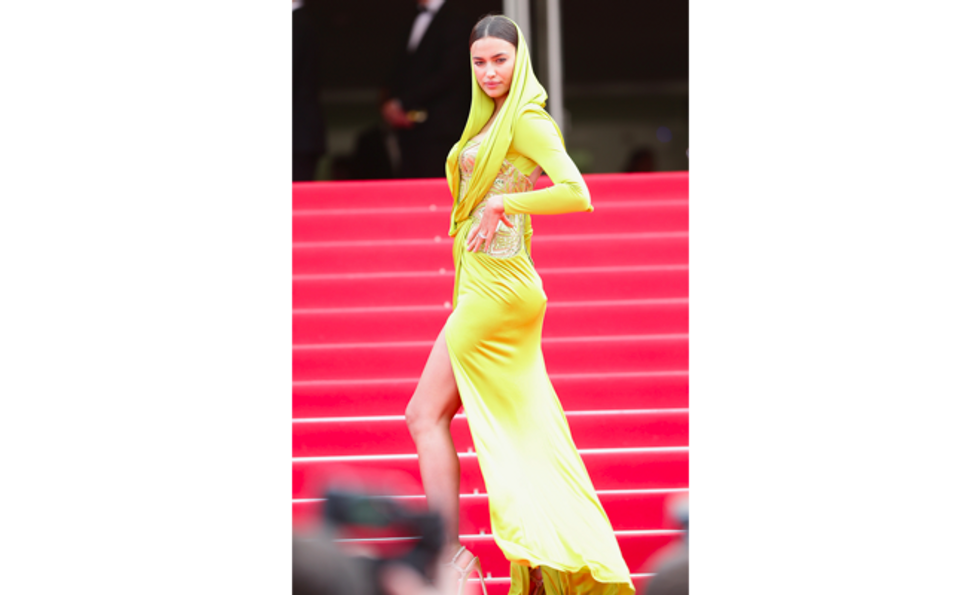 Previous Next
Most Ridiculous: Irina Shayk is a model who thinks she can wear anything, but clearly she can’t, as demonstrated by this bizarre Atelier Versace frock. 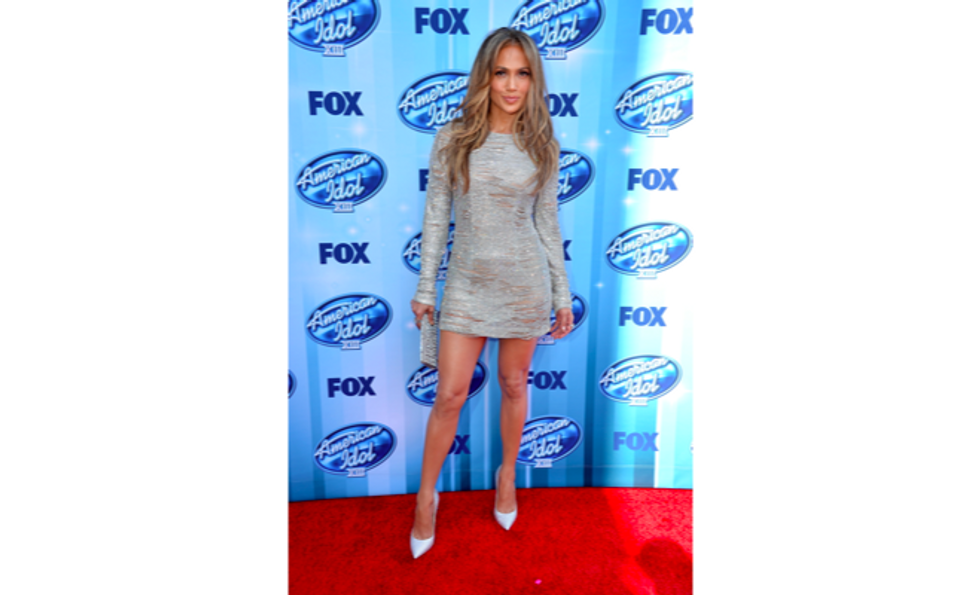 Previous Next
Best: Jennifer Lopez did her best J.Lo at the American Idol finale, showing off her sensational figure in Kaufmanfranco mini. 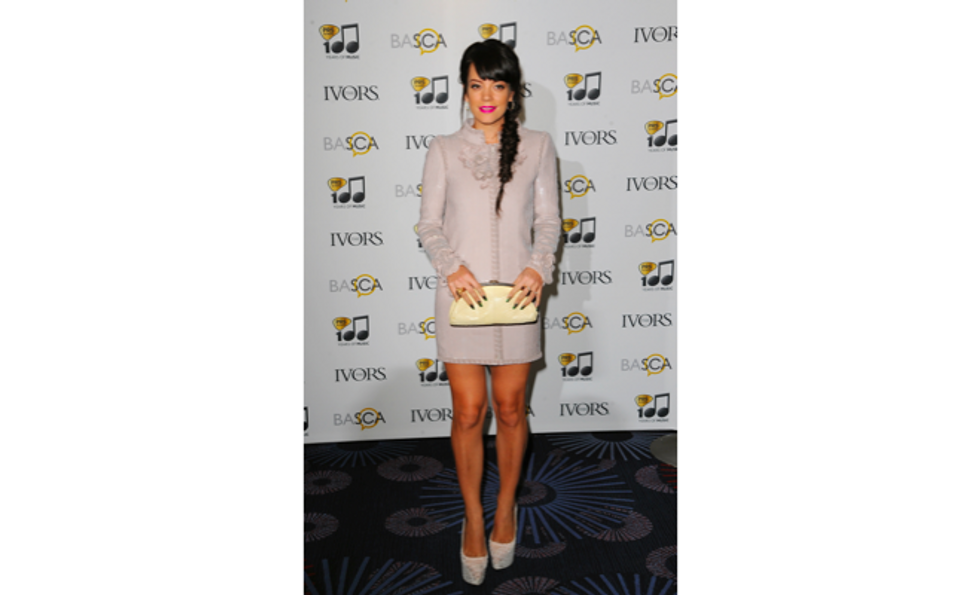 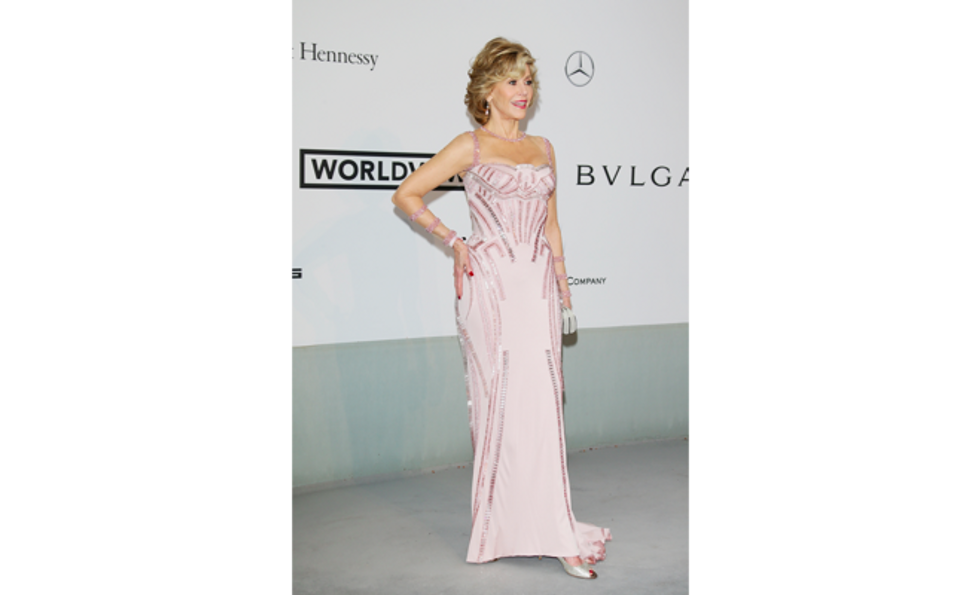 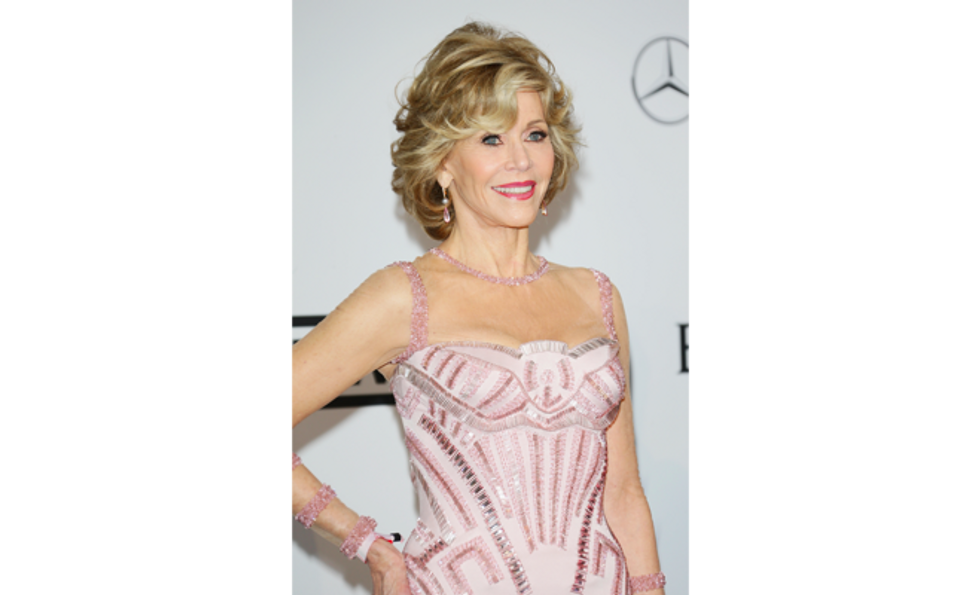 Previous Next
Here is a close up if you don’t believe me. 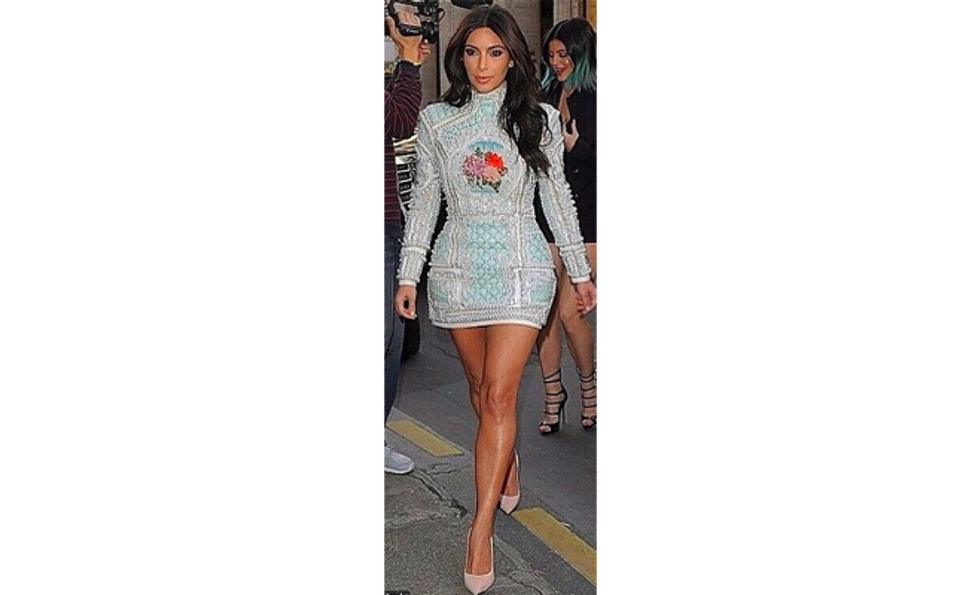 Previous Next
Most Ridiculous: I love how Kim Kardashian really, truly believes she is some kind of royalty and not an insipid reality star who got famous because she had sex with Brandy’s brother on video. Here she is during one of the many pre-wedding celebrations in Balmain Couture, trying to look like regal or something. 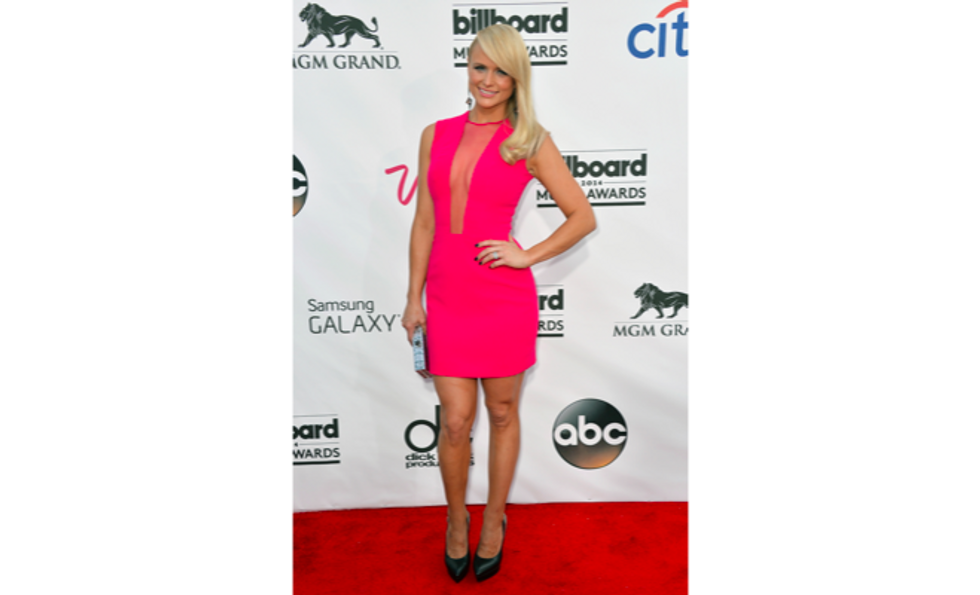 Previous Next
Best: Miranda Lambert steamed up her look for the Billboard Music Awards, showing some boob in her Georges Hobeika mini dress. 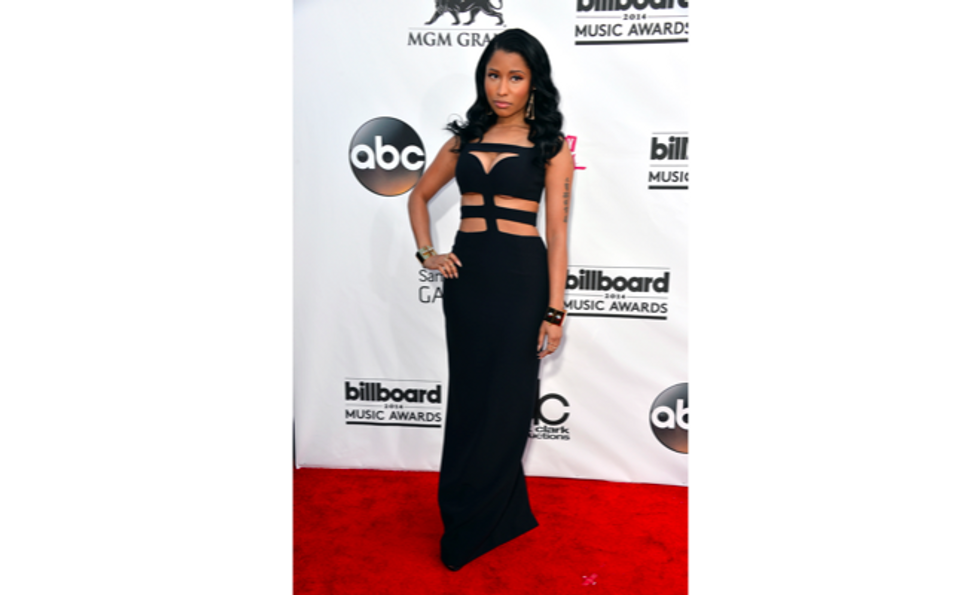 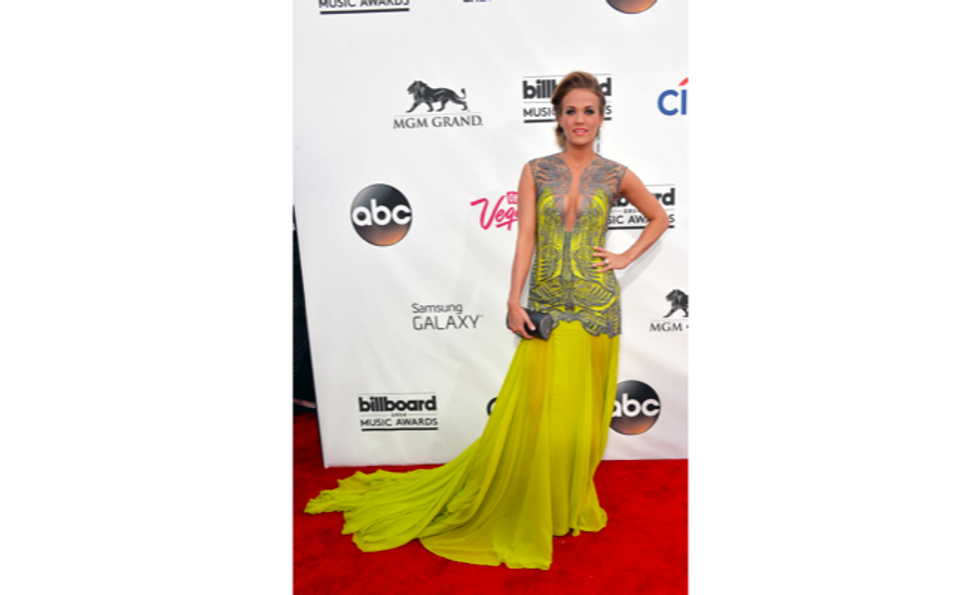 Previous Next
Worst: I hate this color on Carrie Underwood and I absolutely DESPISE her makeup.