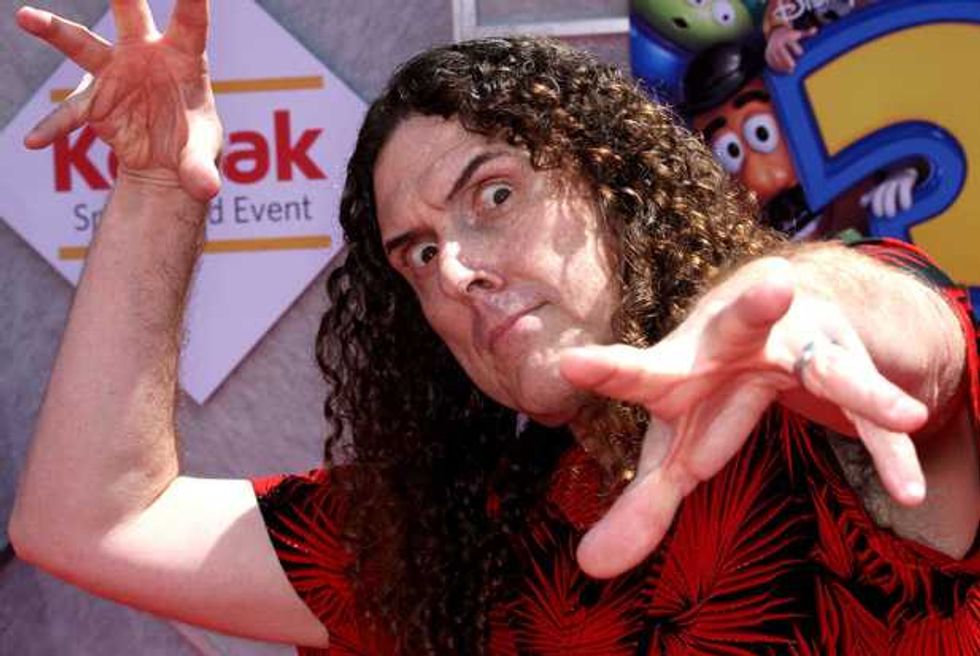 "The following song was supposed to be the first single from my upcoming album," reads a placard at the beginning of 'Weird Al' Yankovic's "Perform This Way." "Unfortunately, it did not receive Lady Gaga's approval." Too bad, because Yankovic certainly would have gone to town on the video for his parody of Lady Gaga's "Born This Way," in which he pokes fun at the variety of off-the-beaten-path costume choices Gaga has made over the years. The lyrics are a little redundant—as is par for the course for Weird Al—but it's an overdue gentle takedown of one of the more ostentatious, self-serious pop stars in recent memory. (Sample lyric: "I'll wrap my small intestines round my head / And set fire to myself on stage / I'll wear a porcupine on my head / On a W-H-I-M.")

Come on, Stefani—you're hardly the first pop star that Yankovic has poked in the chest. Immortals like Madonna, Kurt Cobain and the Presidents of the United States of America all took their ribbing with good-natured aplomb. Let the Weird One do his thing, lest your career go the way of Coolio's.