What Does Coldplay's "Mylo Xyloto" Even Mean? 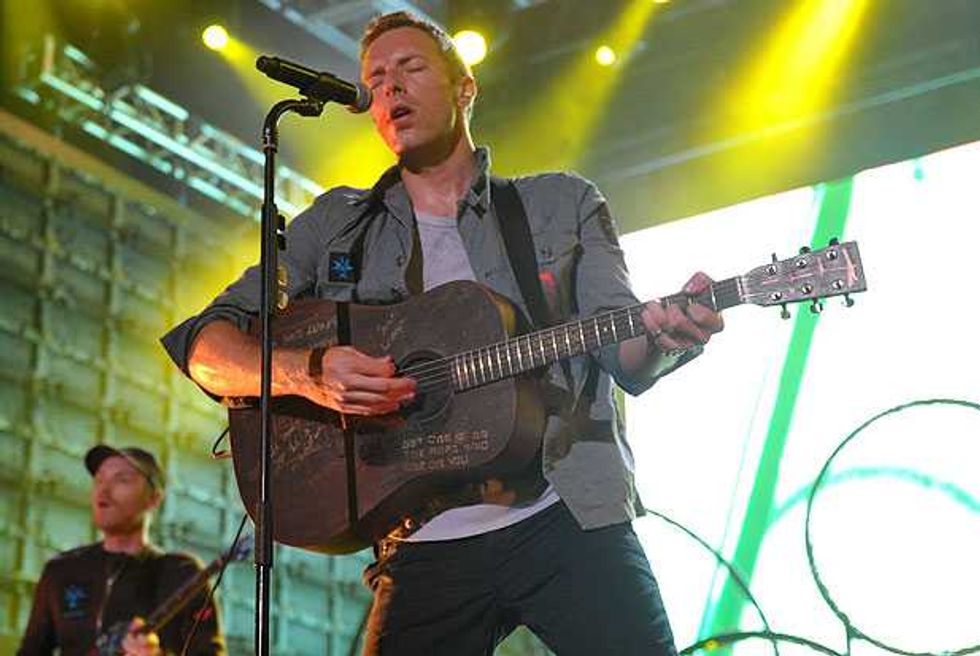 UPDATE: Chris Martin has spoken. It's even weirder than anything in this post. It may also be sarcastic.

What does Mylo Xyloto, the title of Coldplay's upcoming album due Oct. 25, even mean? Google Translate thinks it's English, which is clearly untrue. The band hasn't said anything on the matter yet to our knowledge. You'd think what the phrase means would be the first thing Coldplay would explain during their album promo cycle, especially if it's supposed to mean something Coldplay would think up, but you'd be wrong.

Seriously. Who do we have to bang to get some insight as to the meaning of this Coldplay album? Or as to why it's pronounced "mylo xy-letoe"? I mean, really. Since the band's not talking, we'll just have to rampantly speculate as to the meaning. First, let's examine the title piece-by-piece for some theories:

- A Scottish producer and dance musician who's done remixes for Kylie Minogue, Amy Winehouse and others.

- Some kind of gadget by Sony that's been pre-empted 20,000 times over by every smartphone ever and also kind of looks like an N-Gage.

- Urban Dictionary claims the term is short for "my love." But it also claims it's short for something much dirtier and more painful, so you might want to think a bit about your relationship before using it as a pet name.

- A "country humorist who performs parodies of popular songs set to a rural German-Russian theme."

- A term for a particular situation in the party game Mafia, which you'd probably only encounter if you play Mafia outside parties.

- Absolutely nothing we could find. Xylophone? Xylem? Damn it. We need a different strategy.

- Capitol Records told Chris Martin he could only use the letters MYLOXT to name the album, and he thought My Lot or My Toll sounded too ponderous for an album that already contained the titles "Every Teardrop Is A Waterfall," "Charlie Brown" and "Major Minus."

- It's a cryptogram. For what, we're not good enough at cryptograms to know from such few letters.

- Brian Eno was involved in the album. Maybe it was his idea. It seems like it might be. (Seriously, go YouTube his old stuff if you're not familiar.)