What Happened to the Men Who Used to Be the Next Kurt Cobain? 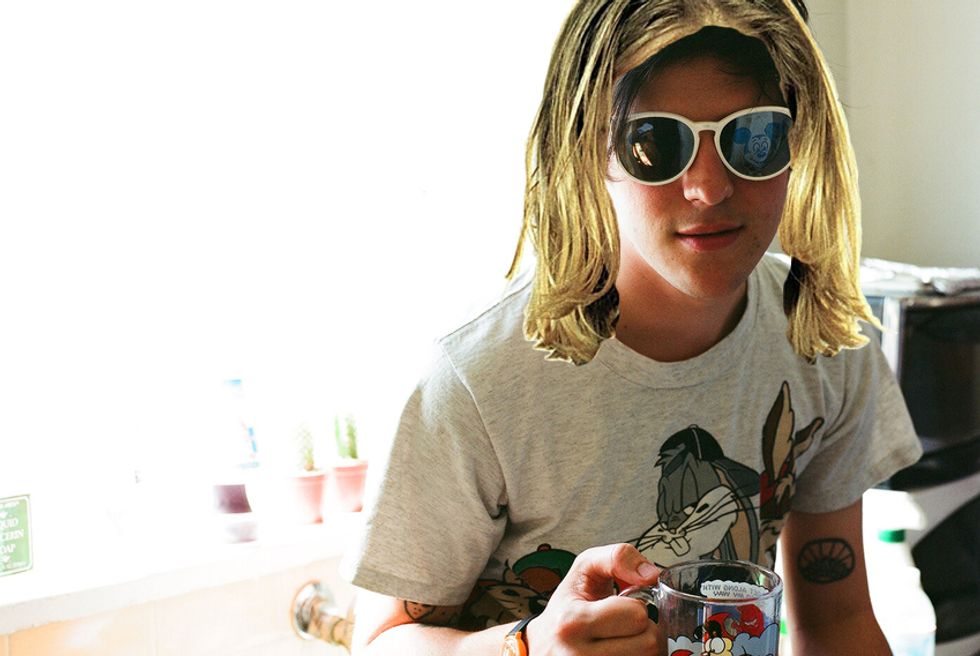 California surf-rockers Waaves' fourth album Afraid of Heights Came Out, and the critical consensus has solified around two key points: 1) It's pretty freaking good, and 2) It sounds a lot like Nirvana. Does Wavves frontman Nathan Williams have aspirations of being the new Next Kurt Cobain? That's a crown that's been placed on many heads in the past 20 years, and it comes with its own set of rules. You should be a rock star, or at the very least not a pop star. You should be "real," which in this case means grungy, and kind of a rebel. You should be able to look comfortable and also slightly uncomfortable with the prospect of blogs and magazines calling you the voice of your generation. (It goes without saying that you also should probably be a white dude.)

As Wavves' Williams prepares to assume this throne, let's see what the crown has meant to the former Next Kurt Cobains of years past.

Why They Were the Next Nirvana: In the wake of Cobain's death, Gavin Rossdale and Bush weren't shy about making a grab for the same level of commercial dominance that Nirvana enjoyed—which, since this was the '90s, earned them the derisive label "bubble-grunge." Despite the critics, Bush achieved its goals, earning a no. 1 album and a handful of Top 40 singles.

What Happened Next: Bush enjoyed the same slow slide out of relevance as the acts they were emulating, but the band's commercial success ensured its legacy. The permanently nostalgic children of the '90s were too young for the authenticity debates; to them, there's no conflict in putting "Glycerine" between "Lithium" and "Jeremy" on a "Remember the '90s?" playlist.

Why They Were the Next Nirvana: As grunge turned into nu-metal, radio DJs began looking for a standard-bearer who could represent the genre in the same way Cobain had done for grunge. With his blonde locks and dour persona, Puddle of Mudd's Wes Scantlin seemed perfect.

What Happened Next: Puddle Of Mudd's record sales were (and continue to be) impressive for the 21st century musical landscape, but the band never approached the level of cultural import to justify the Next Nirvana tag.

Why They Were the Next Nirvana: In the wave of retro bands that were going to save rock and roll in 2002, every one needed a historical analogue. The Strokes were the new Velvet Underground, the Hives the next Rolling Stones. That left Australia's Vines as the new Nirvana, thanks to frontman Craig Nicholls' raw vocals and reputation for being "difficult." (Again, the fact that Nicholls kind of looked like Kurt Cobain didn't hurt either.)

What Happened Next: The band changed their sound, the wave of "The" bands petered out, and soon no one was calling the Vines the next anything.

Why He Was the Next Nirvana: Jay's rollicking live shows, intense fanbase and outsider charm caught the eye of record labels, who promised the pop-punker they would make him "the next Kurt Cobain." He turned them down, which only made the title even more fitting.

What Happened Next: Reatard died in his sleep in 2010, only a few months shy of his 30th birthday. That's the downside of being the next Kurt Cobain; if the prediction comes true, you're not going to have a happy ending.

Why He Was the Next Nirvana: In the words of a probably fake image meme, because "people just don't understand me."

What Happened Next: Justin went on to break the record for the most followers in Twitter history, something Kurt Cobain never accomplished.