"What You Want" Is Relatively Unchanged Evanescence 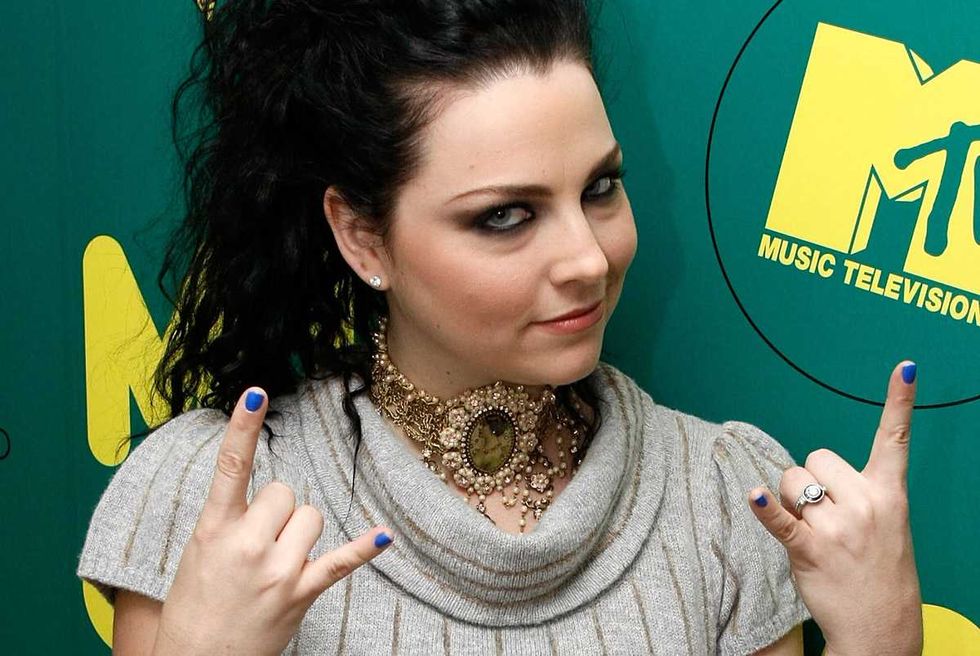 When pop artists' reinventions come as unexpectedly as new hair colors, and when every comeback effort has the chugging pulse of a Dr. Luke or a Ryan Tedder buried beneath its machinery, it's somehow a relief to know that Evanescence still sounds like Evanescence, despite successively shedding band members--some of whom joined American Idol scapegoat Carly Smithson for band We Are The Fallen, which also sounds like Evanescence. It's like there's an underground cottage industry of bands that sound like Evanescence! They're multiplying! Well, not on the pop charts, but you know.

Amy Lee describes new song "What You Want" as "really different" from Evanescence's back catalog, but from the semi-live, semi-mastered snippet that MTV gives us, its real differences are probably real only to obsessives. The decibels might be higher, the guitars crunchier, but "What You Want" basically sounds like a few seconds of an Evanescence song. (The full thing drops in August.) There's a cursory backstory of piano doodling and "for the fans" explanations, all of which you can imagine without reading the article.

Well, not all of it. How questionable is that "we want to hear rock music again" quote? Is Amy Lee really just now realizing that she wants to make music--isn't that leaving out a story? What does she mean when she says she'll "apply it in the future" that not everything is an "epic, massive chorus" out of an Evanescence song? Isn't this taking way too much out of this depth of interview? Probably. So at any rate, this is an Evanescence song that sounds like an Evanescence song. Enjoy.