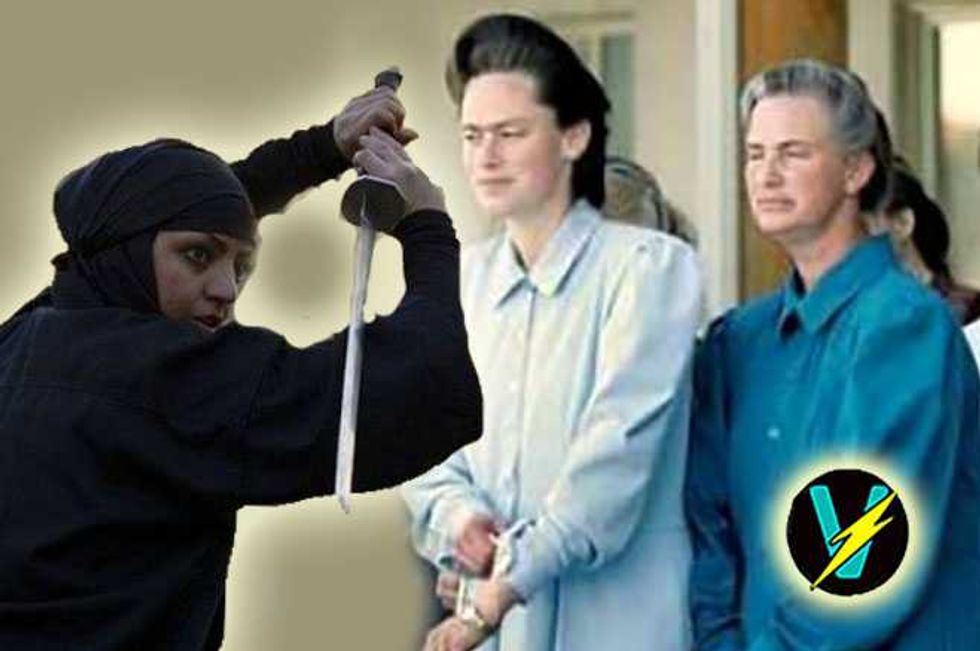 The words “ninja” and “sister wives” are not ones you’d necessarily put together.

But one Utah man says that’s what he saw when two women, wearing masks and draped in black allegedly burst into his home.

The invasion reportedly took place around 4 a.m. on September 19 and took the man by surprise.

He spoke to Fox 13 News, on condition of anonymity, saying:

“I went to the bottom of the stairs and saw a couple of ninjas coming down.

“They were all [wearing] dark grey or black, and they had black rubber gloves on and masks.

“All I could see was their eyes.”

The two women – who have since been arrested – then allegedly attacked the surprised West Jordan, Utah resident.

They were reportedly armed with knives and a stun gun.

“My adrenaline was pumping so bad.

“They grabbed for me, and one of them covered my mouth, and the other grabbed my throat, but they were both pretty small.

“So I threw them back and started shouting to get anybody awake that I could.”

And – it gets better – he held them in place, using a samurai sword to make them stay put until the police arrived.

According to the Salt Lake Tribune the whole event is part of a much wider saga.

The Utah man may not have been the intended target.

The child is expected to testify in a case against their husband who is accused of allegedly sexually abusing her.