Which Ghost Should Ke$ha Have Sex With Next? A Ranked List 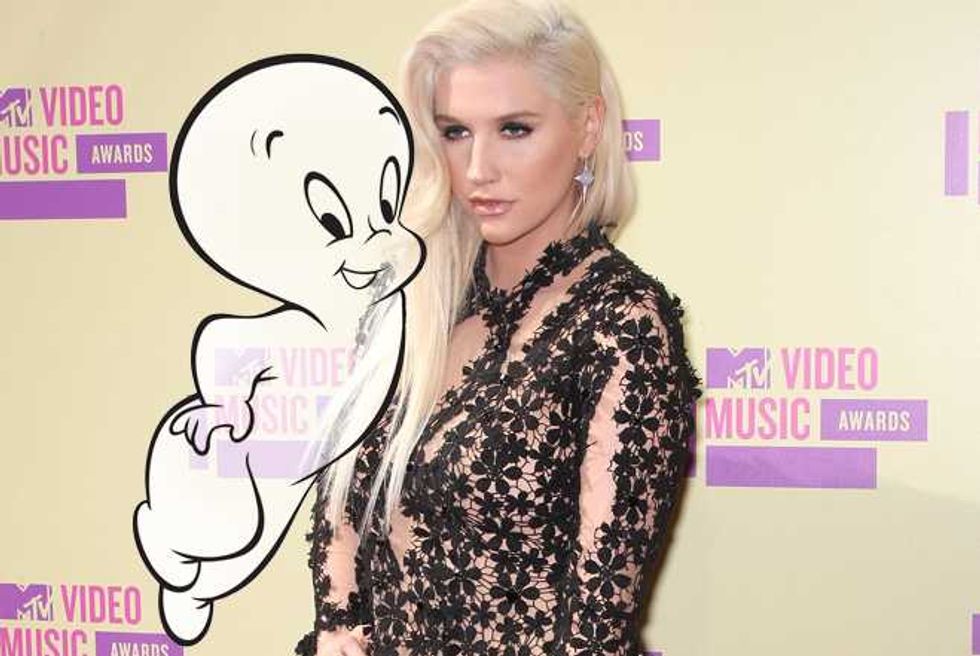 In case BOO missed it (hold for laughs), Ke$ha allegedly slept with a ghost. Here's the thing: Humans don't usually have sex with ghosts. In both our community and the ghost community, this is pretty huge, scandalous news.

Needless to say, our girl K-e-dollar-sign-ha is going to be faced with her share of spectre suitors. With Saturday night fast approaching, we feel it's our responsibility to put in our bid for most eligible banshee bachelor. Take a read through our 18 choices for the hottest stuck-between-worlds hookup to get sleazy with K-Money. Why die young when you can mess around with the dead while you're living? YOLO/YODO.

How would they kiss?!

17. The Ghost of Abraham Lincoln Said to Haunt the White House

16. Lloyd, Bartender from The Shining

DILF, but too silly.

13. Cybernetic Ghost of Christmas Past From the Future

Violent tendencies? No thanks.

Bangable, but needs to lighten the eff up.

B.A. for sure, but ZERO sense of humor.

9. Bruce Willis in The Sixth Sense

Hot, but wayyyyyyy too introspective.

She does love neon...

7. The Ghost of Christmas Past

Perfect for someone with daddy issues. We're just saying, K!

Brainy, with a hint of danger. Worth the risk of dating a fellow musician?

A friendly ghost could be good for her! Help ground her, bring her partying under control. But would she eventually resent him for that?

He's batshit, he's clever, and he has a wild sense of style. Most importantly, he never looks any worse the next morning than he did the night before.