Which K-pop Girl Groups Do Men In The Military Like The Most? 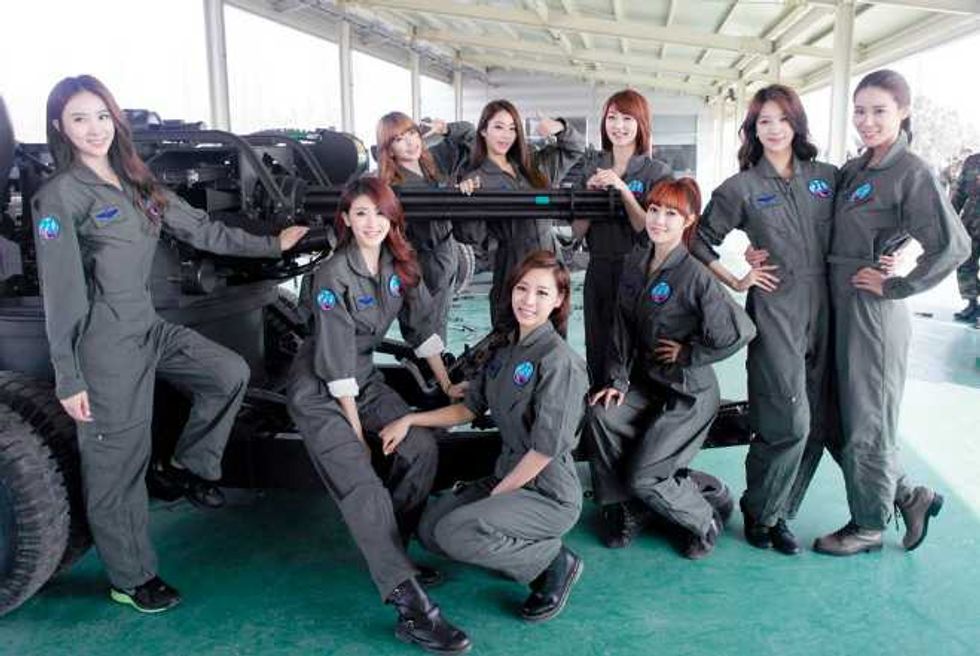 Military service is mandatory in South Korea, with all men in the country ages between 18-35 required to spend roughly two years serving in the Army, Navy, Marine Corps, or Air Force. Not only does this help keep the country safe, it also provides a tonne of military bases for girl groups to perform at! Korean girl groups are hugely popular in the military, and new survey has found out just which ones are the most-loved among men serving their country.

A Pink, who are known for their pure, virginal image, have a huge male fanbase, so seeing them top this list isn't a shock. Girl's Day have also become a favourite among Korea's male population since making a sexy transformation last year, and Nine Muses have always been big on the military circuit -- they even once said they like performing for the army the best because they get bigger cheers than on regular music programs.

We should mention that this survey only included the sixteen groups listed, which explains why a group like Rainbow didn't make the cut. Also, the reason for a superstar act like Girls' Generation --easily the biggest star in K-pop today-- being so low would be because they're so popular that they don't need to perform for the military as often as newer groups, who are always looking for ways to promote themselves.

Anyway, check out some hot K-pop military performances below!