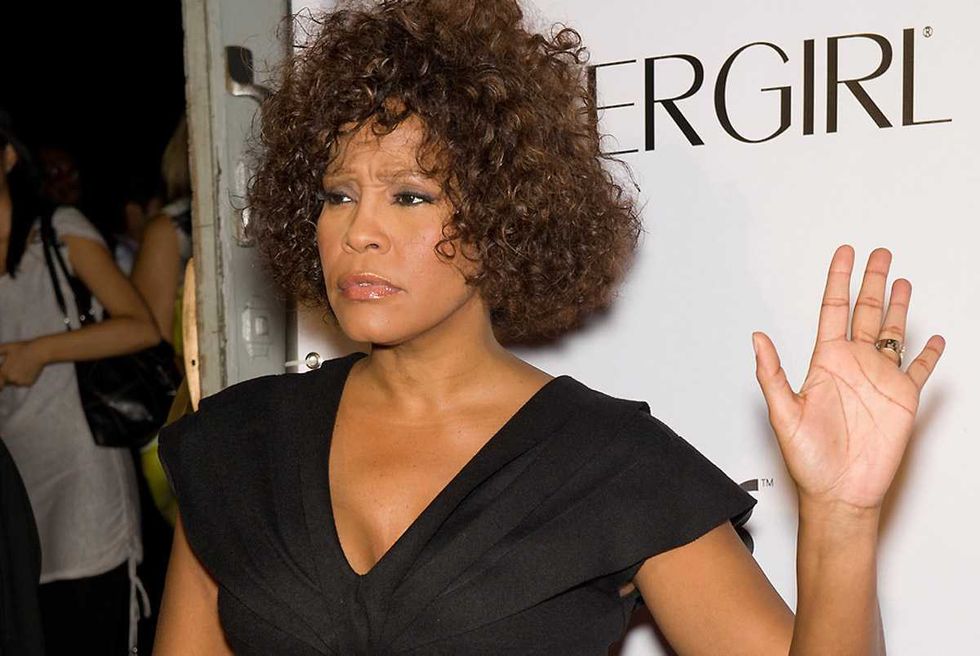 Whitney Houston's past demons continue to haunt her. The 47-year-old Grammy winner has entered a rehab facility for her ongoing battle with drugs and alcohol, her rep announced in a statement on Monday. "Whitney Houston is currently in an outpatient rehab program for drug and alcohol treatment. Whitney voluntarily entered the program to support her long-standing recovery process." Houston previously entered rehab in 2004 and 2005, during her tumultuous marriage to Bobby Brown.

Seeking treatment at an outpatient facility allows Houston to spend time with her family and continue to perform. Despite her struggles over the years, she continues to to inspire younger artists and still brings same power to the stage, as evidenced by her performance at ex-mother-in-law Carol Brown's funeral in January. In addition to memorably enjoying Prince's 21 Nights residency from the audience, Houston joined The Purple One on stage during Thursday's show for a performance of "Musicology" and "Tell Me Something Good" with fellow diva Chaka Khan.