Whoopi Goldberg Farts On The View 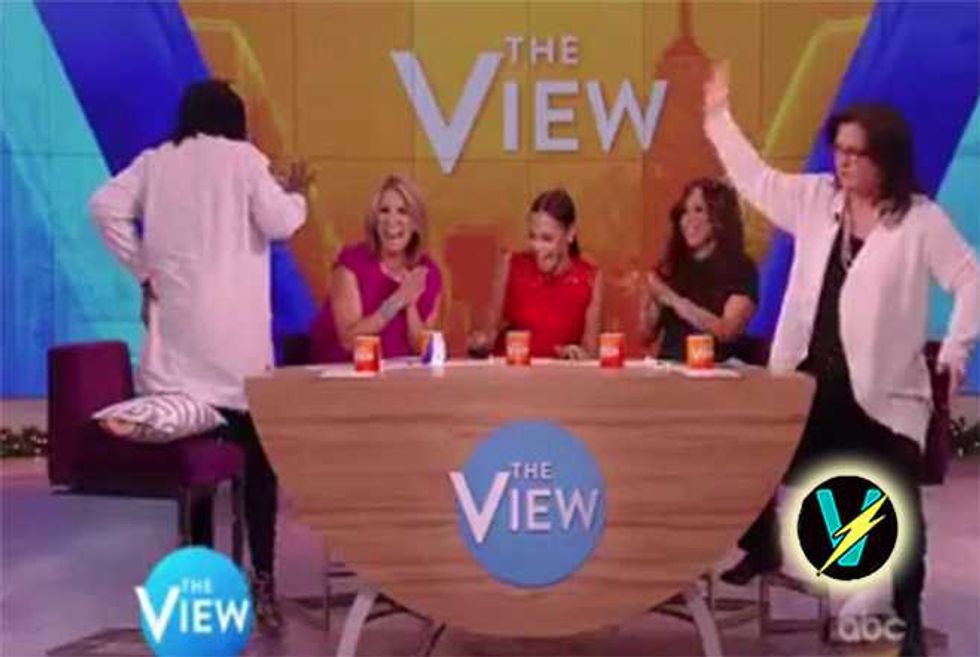 Whoopi Goldberg cut the cheese on her hit show The View Wednesday morning, and no, they weren’t doing a segment on brie.

Whatever the case, the cast was nearly suffocated by Whoopi’s cushion.

“Why would I want to inject something into my skin that’s going to make me sick,” Ashanti argued, and that’s when Whoopi’s booty sounded off.

The 59 year-old Ghost star rose from her seat, as if propelled by some mysterious force, and fanned the back draft.

When the fumes settled, Whoopi returned to her launching pad where she sighed, “I feel so much better now.”

This recent blast off makes Whoopi a repeat offender.

The View Turns Battle Of The Divas As Massive Egos Collide

Watch (and listen to) Whoopi's most recent blast off below.