Why Is It Okay To Trans Shame Bruce Jenner? 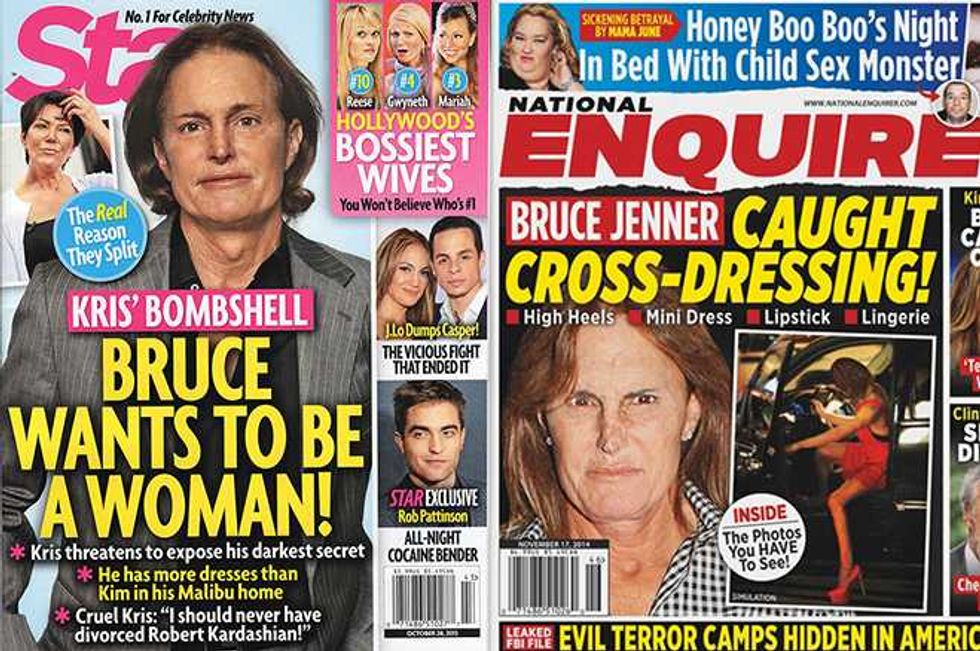 In the wake of the series Transparent and the ubiquity of political correctness, why is it still okay to make fun of Bruce Jenner?

While Transparent just won two key Golden Globe awards, and is thought to have raised awareness about transgender issues, Bruce Jenner's changing looks are mocked on a daily basis by online news and entertainment media.

Jenner is quite clearly in transition. His looks are more feminine and he's been seen wearing a sports bra and spanks under his clothing. His hair is well below his shoulders and he was recently spotted wearing red nail polish. To a large extent, he seems to be open about what's going on, in that he isn't hiding his move toward femininity.

We know enough not to bully transgender people; we all decry the recent suicide of a tormented transgender teenager.

So why is Bruce Jenner seen as fair game?

Is it because he's part of the Kardashian family and therefore undeserving of even baseline respect?

How have the Kardashians managed to create the illusion that they are less than human?

This type of dehumanization is worrisome, especially in the age of religious fanaticism and intolerance. Those we view as less than human are easier to discriminate against. It gives us license to act badly.

The online bullying of Bruce Jenner would be seen as an abomination if he were anyone else.

I'm not giving Kim a pass, not at the moment anyway. But the Bruce-bashing is pure bigotry that no one should approve or participate in.