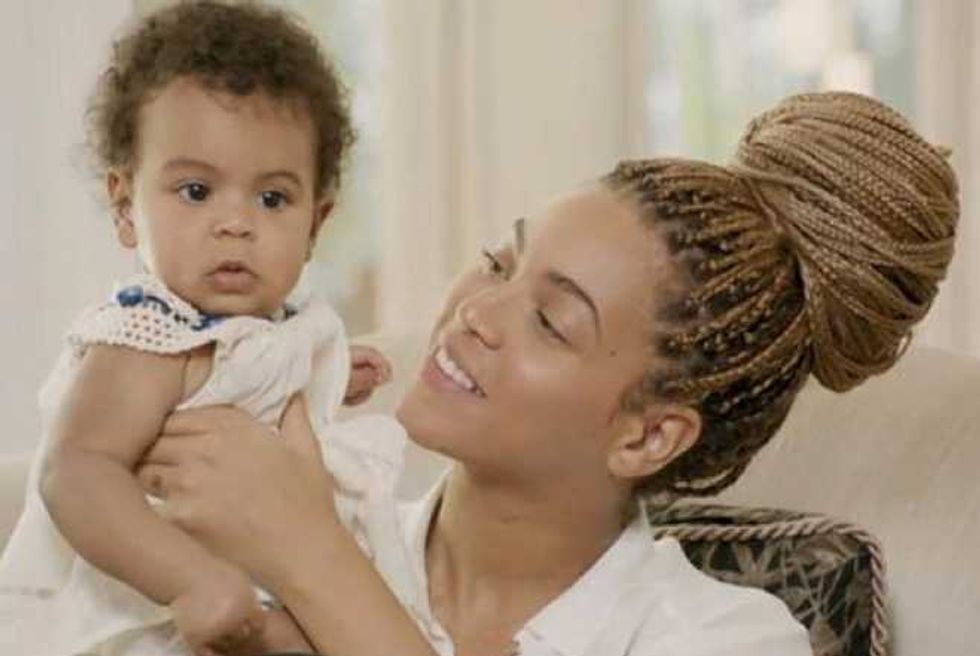 Jessica Toliver launched her petition on Change.org two days ago and as of posting it had already racked up 3,775 signatures.

“As a woman who understands the importance of hair care, it's disturbing to watch a child suffering from the lack of hair moisture,” the petition reads.

“The parents of Blue Ivy, Sean Carter aka Jay Z and Beyonce have failed at numerous attempts of doing Blue Ivy's hair.

"This matter has escalated to the child developing matted dreads and lint balls. Please let's get the word out to properly care for Blue Ivy hair.”

Toliver’s supporters are rallying around the cause, for a variety of different reasons.

“Cruelty to children has to stop,” writes one.

“I hate when a mother looks like a million dollars with their hair all done and the child looks like they haven't seen a comb since they were born,” says another.

Woman Sues Beyonce And Jay-Z—Blue Ivy Is Mine!

“Because no child whose mom spends thousands on her hair (monthly) should live life looking like a sheep!” writes another.

Not all the comments have been positive however.

“This is the dumbest thing I have seen in my life,” writes one detractor.

“You have no right to assume that you are the authority on anyone's hair, you judgmental females, that is her child. Not yours!” Fumes another.

Meanwhile, Toliver took to Facebook to tell people not to take her “joke” petition quite so seriously.

“People just need to breathe and chill out,” she wrote, going on to apologize if she had offended anyone.

“I never thought my opinion of comb, care and moisturize would make a big deal. I admire she's natural. I'm natural myself. But natural doesn't mean to be left alone,” she told Buzzfeed.

“I recommend finger detangling with water and coconut oil. Then an organic conditioner. But Blessings to Blue. I apologize to anyone I might of offended.”

Beyonce will be embarking on her On The Run Tour with husband Jay Z for which you can find Beyonce tickets to each concerts here at Razorgator.