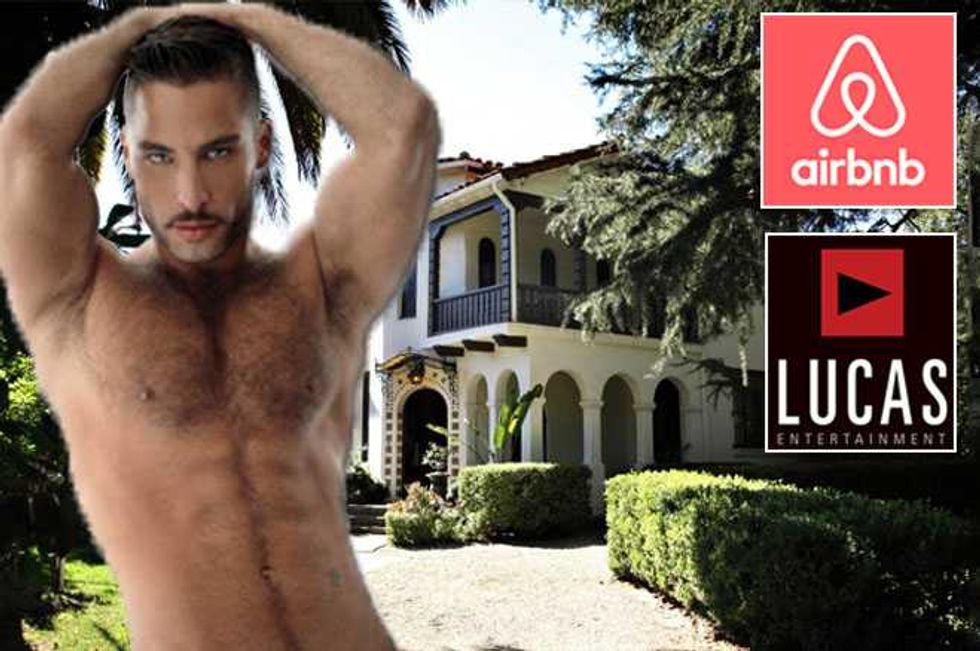 Be careful who you rent your house to if you use Airbnb.

Kristina Knapic owns Acacia Mansion in Ojai, 80 miles north of Los Angeles and rents it out for a hefty $1095 a night.  She agreed to lease the property via the Airbnb website to a woman named Anna for five days in mid August.  The woman said she and a group of friends would be staying there for a quick summer vacay.

Apparently when it came to handing over the keys, "Anna" was still on her way to Ojai and her "brother-in-law" (Treivas) picked them up on her behalf.  According to the lawsuit, when she returned to the property it was left in a disgusting and filthy state.

The shocked homeowner then got her CIS on and used a black light to inspect the house.  She detected to her horror, "urine, semen and fecal matter on linens, carpets, upholstery, walls, ceilings and in the hot tub."  Ceilings?  That's one powerful enema.

Knapic's lawsuit claims for fraud, negligence, trespass and breach of contract.  She "is concerned that pornographic images and films made at the Property wil damage it's reputation and image".

She is obviously concerned too about the cleanliness of the property, stating "many of the films Lucas Entertainment produces depicts men urinating on each other and giving each other enemas.  These activities were not being conducted in a bathroom, but rather on beds, floors and furniture."

Ewwwwwwww!  Hey each to their own and all that, and if enemas are your thing...but on a bed and in a hot tub that you don't own and other people have to use?  To not clean up after yourself? That's just rude.