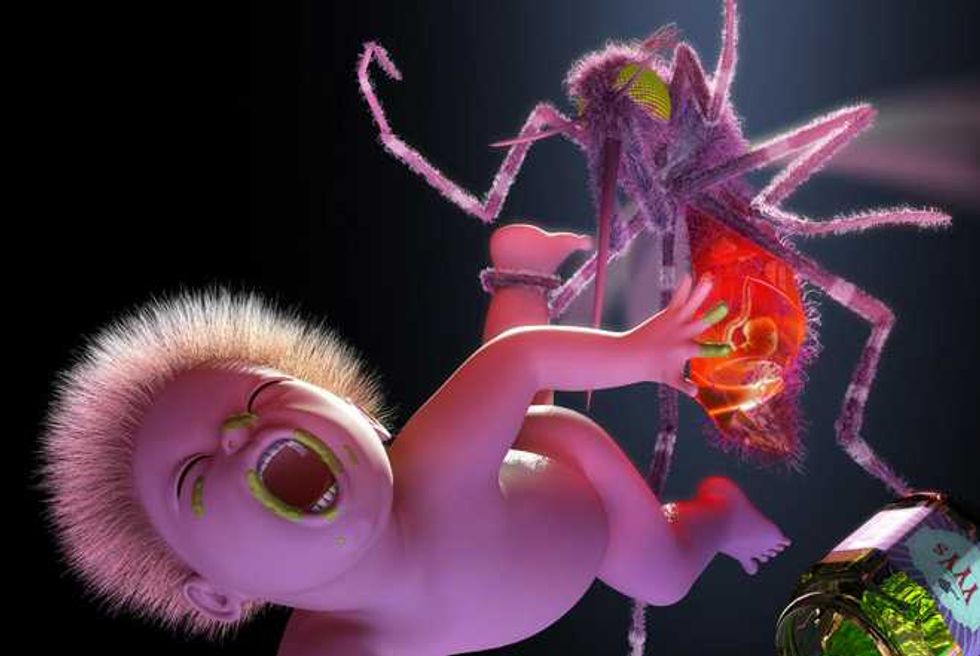 News of a new Yeah Yeah Yeahs album would normally be a joyous occasion for music fans of all stripes. The New York trio, headed by rock and fashion icon Karen O., has been one of the most consistently excellent bands of the last ten years, and their last album—It's Blitz!, a full four years ago—might've been their best yet. But this time around, it's something of a mixed blessing. Sure, fourth album Mosquito will be coming out April 16th, and that's good news. But the album cover is this thing:

Yuuuuuuuuck. It's like halfway between the comic-book schlock of an old Cramps album cover and the cover to an early-'90s Goosebumps book. The desinger is graphic artist Beomsik Shimbe Shim, maker of the award-winning animated short The Wonder Hosptial, so maybe there's some grander scheme in mind here, but suffice to say, we are not feeling it thusfar.

In fact, we're not sure how good this album would have to be to make it worth seeing that awful, awful cover several times more, but it'd certainly have to be better than the best Yeah Yeah Yeahs album to date, and probably better than several albums by the Beatles and Nirvana as well. Karen O. always did appreciate a good challenge.