Your Beyonce Rip-Off Mini-Scandal Of The Morning 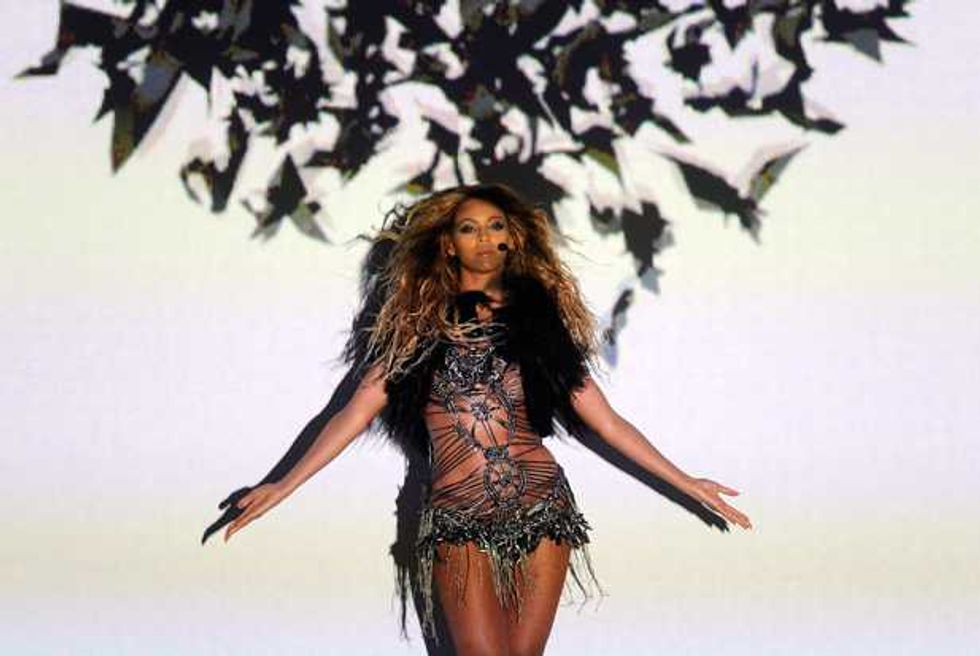 Those Billboard Music Awards just keep giving and giving, don't they? The latest: accusations that Beyonce ripped off a 2010 performance by Italian pop star Lorella Cuccarini for her performance Sunday night. Watch and judge:

Needless to say, this has turned into a bit of a battleground for Beyonce fans and non-fans (Cuccarini fans, as you might expect, are less involved.) There's a lot of misinformation going around, too. The facts, as they stand so far:

- Kenzo Digital was responsible for the video. Tribe Inc did the non-video parts of the performance.

- The video consists of a white screen and graphics. This cannot exactly be called "unique."

- It's way too early to get a definitive answer either way, barring a statement from either side or some definitive proof that, as far as we can tell, has not surfaced.

- It might be best to reserve judgment for now. Really!

UPDATE: Said statements have surfaced, both from Bey and Kenzo. See, all it took was one day!