The desire for youth and beauty has produced more conspiracy theories than Area 51.

Just like crystals won't align your chakras, smearing your own blood on your face won't make you look like an ageless vampire.

It will, however, give you something in common with Kim Kardashian, and it might make you a slave in Gwyneth Paltrow's Goop cult. The beauty and wellness industry has ballooned in the past decade, as the universal search for dupes for good genes continues worldwide. Between the singer Grimes recently sharing her daily regimen, which includes "screaming sessions" and 4 hours in a deprivation tank in order to "astro-glide to other dimensions - past, present, and future," and Gwyneth Paltrow hosting a $5,700 per-ticket Goop Summit in London, the desire for youth and beauty has produced more conspiracy theories than Area 51. Stem cells don't make your skin any younger and not all pain equals beauty, so don't bother stinging yourself with bees or covering your head in vinegar.

Here are 7 things you definitely shouldn't do for beauty, why you should never do them, which celebrities have done them anyway, and what you can do instead with cheaper and more effective resources.

Listen, we understand that the pressure to look youthful these days, especially for women, is immense. But if you want the same specialized procedure that Cate Blanchett and Sandra Bullock had done in New York, then please ask for it by their loving (and accurate) nickname: the p*nis facial. Invented in Korea, the Mecca of overblown skincare, the process involves an acid peel, micro-needling, an "electrifying mask," and a serum with FDA-approved Epidermal Growth Factor (EGF). What is EGF? "It's derived from the progenitor cells of the human fibroblast taken from Korean newborn baby fore-skin - which helps to generate collagen and elastin," Georgia Louise, the actresses' New York facialist, explains. It's stem cell technology harnessed to extract the young cell tissue from infants to inject it into your face.

Blanchette told Vogue Australia, "It's something—I don't know what it is, or whether it's just cause it smells a bit like sperm—there's some enzyme in it so Sandy refers to it as the peni$ facial." With a two-year waiting list and a cost of $650, your face could be made as smooth as a baby's bottom—except instead of a bottom it's a pen*s.

Alternative(s): Try taking collagen supplements instead of placing collagen on your face. And leave...baby...fore-skin...alone, I guess?

If Kim Kardashian is promoting it, then odds are it's not backed by science. In the case of "vampire facials," It's not even completely safe. The treatment combines a microdermabrasion of your outer layer of skin with being covered in your own blood. Specifically, your blood is drawn and then spun in a centrifuge to extract its platelet-rich plasma (PRP). The blood platelets are then applied to your skin or injected into your face. Why? It's said "to improve skin tone and texture, smooth fine lines, and even promote hair growth," which, studies suggest, might be slightly possible but far from proven.


Mainly, because the bizarre procedure requires drawing blood and using a syringe to puncture the skin of your face dozens of times, this "could potentially spread blood-borne infections such as HIV, hepatitis B and hepatitis C to clients." And that's happened—at least twice. A spa in New Mexico was closed earlier this year after it was confirmed that two of its clients contracted the same HIV virus around the same time. State health officials confirmed, "Additional laboratory testing on specimens from the two clients indicates recent infection with the same HIV virus–increasing the likelihood that the two HIV infections may have resulted from a procedure at the VIP spa."

Alternative(s): Other than age gracefully until you die? Moisturize with aloe vera. Go make-up free more often to let your skin breathe. Wash your face with cold water.

What better use for placenta is there than as a face cream? Both human and animal placenta are thought to stimulate collagen production if absorbed into the skin, resulting in Kim Kardashian, Victoria Beckham, Madonna, and even Harry Styles having tried it out of boredom, beauty, and having access to almost as many resources as Jeff Bezos' ex-wife.


Placenta is said to have similar benefits to EGF facials, in that the stem cells are said to help your skin renew itself and reverse wrinkling. It costs about $2,000 to have placenta cells injected into your face, while expensive placenta masks are becoming more widely available from beauty companies. You could also just track down vets who sell jars of placenta from their horses, who are sometimes named Divina—in the case of Alba Carreras from Vice, she took home a tub of Divina's placenta, saying, "When we took it out of the tub the next day, it already smelt like death—really one of the most unpleasant smells I've come across in my entire life."

After she had laid the blood-stained substance on her face, she called Dr. Marisa Monzano, a plastic surgeon, to consult her about the effectiveness of stem cells. Dr. Manzano broke the news: "Creams with animal and vegetable stem cells are a scam. It's not scientifically proven that they work. Think of lizards—when you cut off their tail it grows back again. We have a much more complex system than animals and rely on a much richer immune system. Putting animal placenta on your face has no effect whatsoever, because our tissues do not absorb the benefits of an animal placenta," she explained.

Alternative(s): Drink more water than you think you need, always use SPF, moisturize, and other boring skin-care steps that don't involve innards.

Rinse your hair with it. Wash your face with it. If you do, you can look like Scarlett Johansson (which apparently means you could play any role, ever, even a tree or an animal). She told Elle UK, "A while back, I started researching natural skincare. It's a nice way to treat your skin if you don't want to use all those harsh chemicals that a dermatologist would recommend."

The Internet may call apple cider vinegar a mystical ambrosia, weight loss cure, and beauty secret all-in-one; but, "There is actually no good scientific study to prove the skin-healing claims of ACV," as dermatologist Raechele Cochran Gathers says. "Before jumping to ACV, I'd recommend getting evaluated by your dermatologist first." Remember: vinegar is an acid, with a pH level between 2 and 3 (6th grade science reminder: the acid-base scale ranges from 0 to 14). Healthy human skin has an ideal pH level of about 5.5. Introducing a strong acid to your face, however diluted, is risking skin damage.

While we're on the topic of abusing vinegar: the famously melodramatic 18th century writer Lord Byron would reportedly douse all his food with vinegar in order to curb his appetite (some say he had classic signs of an eating disorder). He also subsisted on hard biscuits, soda water, and the rare potato—before he died at age 36. We're not saying his vinegar habit was necessarily related, but consuming or bathing in vinegar is gross, and the minor benefits it may bring you aren't worth the misery you'll bring to those around you with your acidic stench.

Alternative(s): Literally anything else. Seriously, if you'd like an all-natural face wash, try a fancy micellar water, like the Korean brand Son & Park.

Shailene Woodley said she dissolves half a teaspoon of clay in 8 ounces of water to drink each morning. "Clay is one of the best things you can put in your body," she claimed in an interview with the beauty blog Into the Gloss. "I've discovered that clay is great for you because your body doesn't absorb it, and it apparently provides a negative charge, so it bonds to negative isotopes," she continued, probably half-delirious from the intestinal blockages she seemed to be giving herself.

Regarding the notion that clay is beneficial to ingest because it "detoxes" your body: No, it's not, and it doesn't. Unless you've been poisoned or are experiencing organ failure, your liver and kidneys are already efficient systems for filtering waste and toxins from your blood. In fact, the myth of "detoxing" is one of 10 brilliant marketing ploys that's allowed the beauty and wellness industry to become a $4.2 trillion industry. 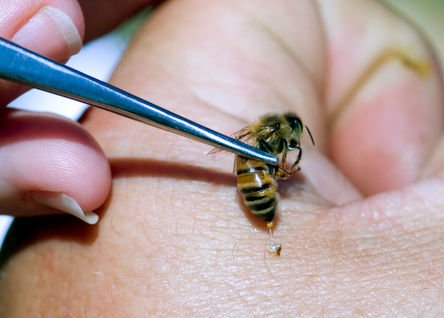 Gwyneth Paltrow swears by it, so naturally it's not safe (at least one woman has died), it's inaccessible to most, and studies have not found bee-venom therapy (BVT) to be effective. In 2016, the Goop cult leader told The New York Times, "I've been stung by bees. It's a thousands of years old treatment called apitherapy. People use it to get rid of inflammation and scarring. It's actually pretty incredible if you research it. But, man, it's painful." Apitherapy has been used in alternative medicine to treat everything from M.S. and arthritis to Lyme disease.

Imagine that iconic scene in My Girl when Macaulay Culkin gets swarmed by a hive of bees and loses his glasses forever, except on purpose. Technically, apitherapy isn't like that, with one bee at a time being held to your skin, and even topical ointments containing bee venom are available. Still, Macaulay Culkin dies in that movie, and everything Gwyneth Paltrow endorses is a scam.

Alternative(s): CBD oils and creams. Research proving CBD's effectiveness against chronic pain and inflammation (as well as cognitive distress like anxiety and even Alzheimer's symptoms) are in its nascent stages just as much as bee venom is. But unlike bees, CBD doesn't leave welts, because they're f**king bees.

Hemorrhoid Cream but Not for Hemorrhoids

Most skin treatments include the directions "avoid area around the eyes"; but whatever, put some butt cream on your undereye bags. From Kim Kardashian's makeup artist to Sandra Bullock, celebrities have used Preparation H to reduce inflammation under the eyes. Make-up artist Mario Devanovic shared the "beauty secret" with his Masterclass in New York, during which 1,200 fans watched him apply Kim Kardashian's make-up for over four hours. "It tightens the skin. That's a really old, old trick. It smells really bad but it works," Devanovic said.

Dermatologists who were probably baffled that they had to comment on this said, "It may not be the best choice because it is oil-based and comedonal, which means that it may clog your pores and contribute to the development of acne, particularly blackheads." Also, it usually burns. The skin around your eyes is the thinnest and most fragile (that's why crow's feet form in the first place), so you probably don't want to place medicinal-grade active ingredients near your eye, where "ingredients [in hemorrhoid cream] can cause serious damage"—obviously.