A new video off the band's newest EP, 'Broken Sleep'

Fickle Friends' newest EP, Broken Sleep is an 80s dancehall throwback, a three-song selection that conjures images of pink lycra, fuzzy leg warmers, and white-hot neon. Today, the band released the music video for the EP's lead single, "San Francisco," a song about running away to a city that's been mythologized by the narrator.

"We went to play our first show in San Fran and had the best day/night there. I thought it would be cool to do another song in a similar 'Say No More' theme and talk about escapism in a narrative," said lead singer Natti Shiner. The video itself details a cross country journey through a stream of still images. What we're given is a frantically paced story of life on the road, a glimpse, in hundreds of pictures, at the band members' interior lives. From D.C. to the West Coast, the viewer travels with the band, from restaurant to bar to soundcheck to morning cigarettes and then back to the road again.

Matt Clibanoff is a writer and editor based in New York City who covers music, politics, sports and pop culture. He currently serves as Lead Editor for Gramercy Media. His editorial work can be found in Inked Magazine, Pop Dust, The Liberty Project, and All Things Go. His fiction has been published in Forth Magazine. -- Find Matt at his website and on Twitter: @mattclibanoff

If you want an empowering soundtrack perfect for strutting down the street in a pink faux fur coat over pajamas, on the way to the bodega for midnight oreos while buzzed on chardonnay, check out Broken Sleep, the new EP from Fickle Friends.

It's bursting with bubblegum-pop energy and infectious builds certain to lead you into your own personal rom-com dance moment.

Unlike the UK indie pop band's previous records, this one was released on the group's own label, Palmeira music. It features the 90's EDM dance beats the group is known for, with the modern pop vocals of Natti Cateh. It's an easy listening record that doesn't exactly offer anything new, but manages to leave the listener in a good mood sure to last the whole day. '

The three track EP is led by 'San Francisco', a song inspired by the band's time on the West Coast. Fickle Friends explain: "We went to play our first show in San Fran and had the best day/night there. I thought it would be cool to do another song in a similar Say No More theme and talk about escapism in a narrative. This song is about getting out of a toxic relationship and starting a new life in an exciting city - sometimes it's really fun to just write from imagination and not personal experience."

The EP has an air of youthful exuberance throughout its three tracks, harping on themes of lost love, new love, and not worrying about the future. In the band's new rhythmic jam, "The Moment," Cateh laments, "Why you gotta, gotta be / So bad for you and wrong for me / When I'm living it in the moment / I just wanna be in the moment."

Fickle Friends' latest EP would be as at home playing at a beach party as it would as the background to a solo dance in a teenage girl's bedroom, capturing a feeling of long summer nights and youthful fun.


Brooke Ivey Johnson is a Brooklyn based writer, playwright, and human woman. To read more of her work visit her blog or follow her twitter @BrookeIJohnson.

Do Networks Even Know What a Musical Is?

RELEASE RADAR: Premieres from Gizelle Smith and The Apartment Club

Whether you're enjoying some warm weather or not as we sit on the cusp of spring, this week's releases are hot, hot, HOT!

PLUS | Rosie & the Riveters, Cat Turner, and more!

Heading out for spring break? Brand new music to fill up your playlist is here for the taking.

"I think I love you," the group declares on the chorus.

With bangers like "Cry Baby" and "Brooklyn," Fickle Friends have already proven their titanic ability to craft '80s-bent hooks that you just can not escape. It's been nearly two years since their last EP, 2015's tragically-underrated Velvet, but now, the wait is almost over. Their new slow-burning jam, "Glue," is the first taste of their follow-up EP, of the same name. "Cool yourself down. I think I'm getting stuck--I think I'm getting hooked on you. Your cheeks are so warm, and mine are glowing, too. Yeah, I can feel our lips like glue," lead vocalist Natassja Shiner whispers into your ear. The song's quenching bounce builds from there. "So, what are we thinking and what are we here to prove? Let's stop being public. I guess we should get a room," she considers. "Oh, I don't believe it. Yeah, I think I have a screw loose--I think you have a screw loose, too."

If you thought the opening was sticky, the hook takes it up a few notches, pouring a gallon over industrial-strength adhesive all over the lust-ridden, romantic rendezvous. "Because our lips are like glue...I think I love you. So, yeah, I wanna love you. I wanna love you for the night."

But if you are feeling a bit unsure, the group--also comprised of Harry Herrington, Chris Hall, Sam Morris and Jack Wilson--are sure enough for you. "Don't beat yourself up. It's something that I've done. It's something that we all go through," reads the second verse. "Let's finish up our drinks. We better make a move 'cause we could carry on till two."

On new music, the rowdy outfit have been working extensively with producer Mike Crossey, known for his work with The 1975. In an interview with All Access Music, Shiner shared, "Working with Mike was a surreal experience. We learn't a lot and we also came back even more inspired so we have been faced with trying to finish last minute songs by ourselves. He has such an exciting way of recording things. It's been a super creative process." In their growing songbook, Shiner hopes their work gives the underdogs motivation and inspiration "that it's cool to be weird…slightly off kilter….And that we all share the same experiences one way or another, and that it's safe to talk about them. Life is too short to bottle things up. Say what you feel, do what you feel."

"It's been quite tough. We got signed last year, and immediately we were having to decide who we were going to work with on the album because it was all starting the following week! The next thing I know, we were out in LA for four months recording this album," Shiner told Clash magazine in a separate conversation, discussing their impending new project (which was initially a full-length). To record the album/EP, the group packed up their lives and headed out to the West Coast. "There were actually a lot of similarities between LA and Brighton. It was real cool for the first month, and then the novelty wore off. It was really fucking hot, and we were staying in the valleys. You can't walk anywhere. You've got to drive because everywhere is so far away. Those are the bad things, but the people and everything were a lot of fun, but I couldn't live there. We're small town." 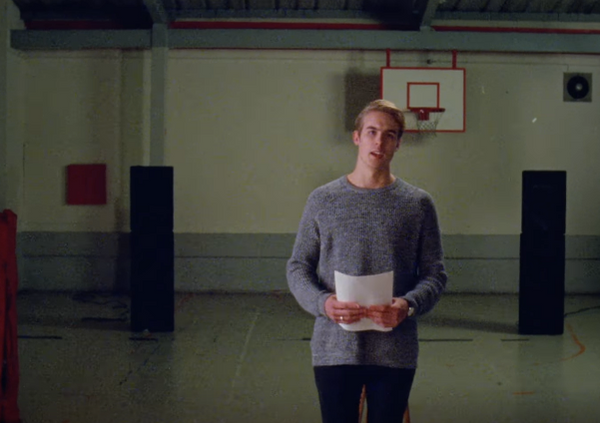 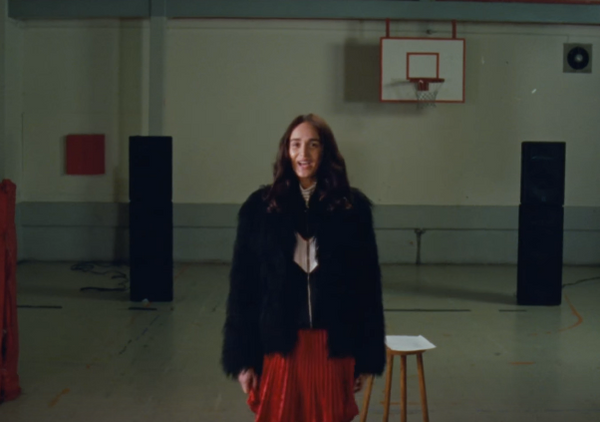 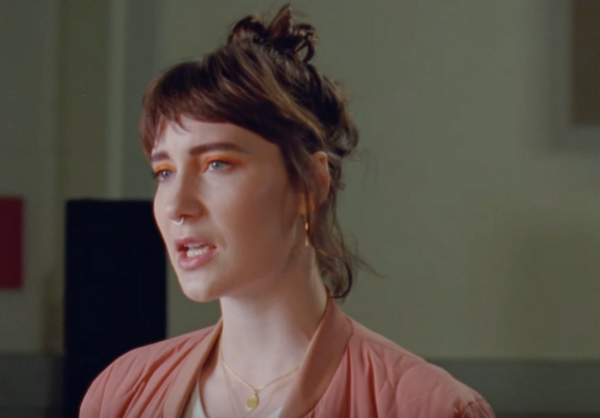 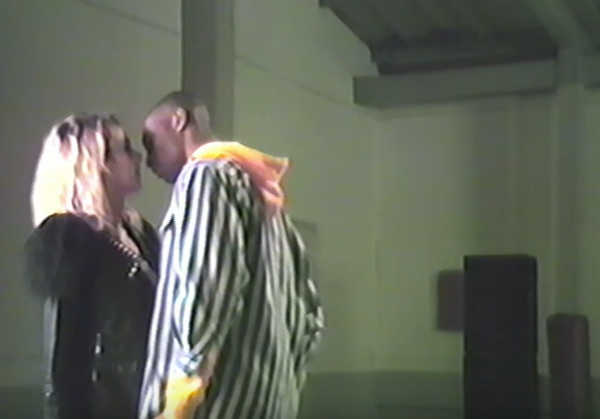 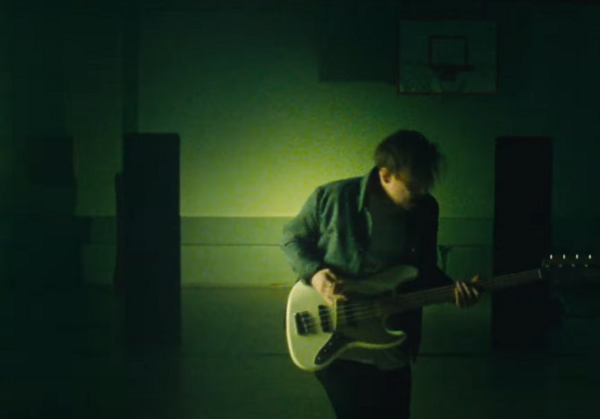 Previous Next
Related Articles Around the Web
Top Stories

Our favorite fickle friends tickle our fancy with another club jam.

Have you been craving new Fickle Friends as much as we have? Well, you're in luck. The giddy electro-pop five-piece send up flairs with their brand new dance-club gemstone, "Brooklyn," a low-key, but propulsive (and dare we say, rather lit), masterpiece. The new track is a bit chillier than this year's "Cry Baby," which Popdust crowned as the Song of the Summer '16, but it will undoubtedly quench your thirst for riveting, slinky and inescapable earworms--which pop music has been rather skimpy on this fall. As with previous band releases, lead singer Natti Shiner cuts open a straightforward lead vocal, without pulling her punches for form, nuance and personality. Bandmates Chris Hall (guitar), Jack Wilson (keys), Harry Herrington (bass) and Sam Morris layer on enough bite and texture to crunch the brain.

"Brooklyn" continues Fickle Friends's tease of their forthcoming full-length record. "We're recording [the album] right now. We're being a lot more experimental with this new era of songs," they band shared exclusively to Popdust back in July. "There are no rules but everything still has our signature synth pop vibe. I think people are gunna be surprised by some of the songs on the record. We've drawn influence from so much music…it's not just an indie pop thing anymore. It's so much more."

While Fickle's music airs on the side of off-beat and indie-ish, they do draw significant influence from mainstream creators. "Because we've been in America, we've been influenced by a lot of big pop tracks. Bieber, DNCE and also so much great stuff has been coming out that we love….Justice, Kaytranada. The list goes on and we reference so much of it in these recording sessions as we're constantly writing too," they said.

With an insurmountable whirlwind building behind their careers, they also reflected on their journey so far. "We've had a lot of ups and downs and before we finally signed a record deal, we were doing everything off our own back. Driving through the night to festivals across Europe in a Ford Galaxy…piling our gear into the boot and a roof box. Getting laughed at A LOT. Struggling quite severely for money for most of that time. It made me revaluate how much I wanted to do this a lot. But the highs always outweighed the lows and our fans proved the most important factor in our continuation, despite set backs. We have a long way to go but finally getting some recognition from labels and being picked up by one of the best has been the most rewarding thing."


Listen to "Brooklyn" below: