Robin Williams would have voted for Joe Biden, point blank.

Zelda Williams tweeted in response, "While we're 'reminiscing' (to further your political agenda), you should look up what he said about your Dad. I did. Promise you, it's much more 'savage.' Gentle reminder that the dead can't vote, but the living can."

Robin Williams, who would have turned 69 last month, had certainly poked fun at Joe Biden. In the clip shared by the younger Trump, Williams quips, "We still have great comedy out there, there's always rambling Joe Biden, what the f***... Joe says s*** that even people with Tourette's go, 'No. What is going on?'" He continued, "Joe is like your uncle who is on a new drug and hasn't got the dosage right...I'm proud to work with Barack America — 'He's not a superhero, you idiot — come here!'"

His comments about the current president were far more incisive and far-reaching. For example, in 2012, he referred to Trump as "a scary man" and "the Wizard of Oz" because "he plays monopoly with real f***ing buildings."

Of course, these jokes are based in very real calamities. Many of Trump's real estate projects and business ventures have notoriously fallen through or crash-landed completely, landing him in massive debt. Yet time and time again he was bailed out by his father, Fred Trump, who paid millions to keep his son's delusions of glory alive. He was also bailed out by a variety of banks (and still owes Deutsche Bank an outstanding $350 million). In some ways, it's no surprise that Trump will leave America sick, in debt, and in crisis.

Animation is lame and live-action is awesome.

In a world plagued by racism, disease, and a seemingly endless bounty of spiraling misfortune, at least we can all agree that Disney knocks it out of the park every time they dredge up an old, animated movie for a live-action makeover because cartoons are for babies.

Sure, some of us thought the original Beauty and the Beast was fine, but could lame, 2D Belle ever hold a candle to 3D Emma Watson? And yeah, the original Lion King was okay, I guess, but there's nobody in the world who preferred cartoon Scar's rendition of "Be Prepared" to the incredible feat of getting a real lion to sing it in the live-action remake.

Being a Disney fan can be hard sometimes, as you have fond memories of beloved childhood movies but also don't want people to make fun of you for liking cartoons. That's why, out of all the corporations in the world, Disney is undoubtedly the most selfless, willing to spend hundreds of billions of dollars to bring their old, outdated movies into the modern age—all for the fans.

7 Movies to Celebrate International Talk Like a Pirate Day

With all the depressing news going on, we sea dogs need to have fun sometimes, right?

Well, today is International Talk Like a Pirate Day and it's the perfect occasion to lighten the mood around the office — and re-watch some of your favorite pirate movies.

Directed by Steven Spielberg, Robin Williams and Dustin Hoffman star as a grown up Peter Pan and a regular Captain Hook, respectively. Now a middle-aged lawyer, Peter Banning has to return to Neverland after his kids are kidnapped by Hook — which is going to be hard since the abandoned Tinkerbell and Lost Boys are under the leadership of Rufio now.

We all miss the funnyman, Robin Williams greatly.

His talent, comedic timing, and decades of entertainment brought smiles to the faces of thousands, if not millions, worldwide. His passing was a tragedy, and he left so much behind. One of which was his huge estate in Napa Valley, which according to Bankrate was sold for $18.1 mil.

And this was a supposed discount!

The Mediterranean-style villa sits atop 639 acres of land (yes, 639, you read that right). The sprawling home is a whopping 20,000-square-feet, with 5 bedrooms, 10 bathrooms, and all the finest home furnishings and perks a person could dream of.

The home has its own vineyard and wine cellars, an elevator, and a screening room. Is this a home or a five-star resort?

Let's add the tennis court, infinity-edge pool (and spa), and a viewing tower that looks out on a barn, a cottage (as if the home's not big enough), an olive orchard, and a pond. This home is a community in itself!

The views are spectacular, and whoever got a hold of this place will surely enjoy it for years to come. And maybe they've got their very own Mrs. Doubtfire to help take care of things around the house.

You've got to check out some of the photos of this home. Photos courtesy of Realtor.com. 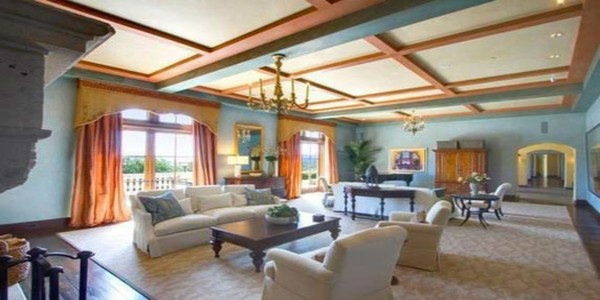 A kitchen Mrs. Doubtfire would love! 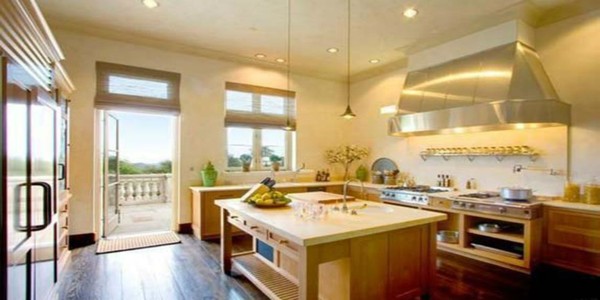 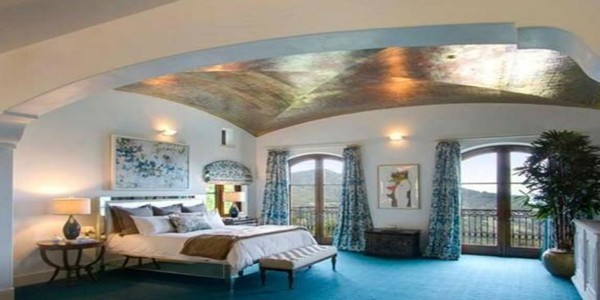 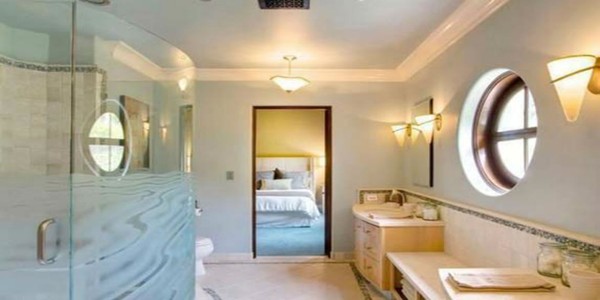 Take in a Robin Williams hit! 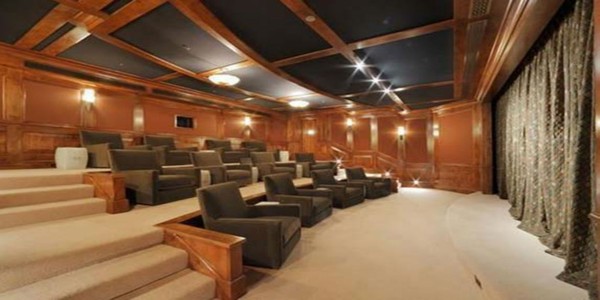 Bottoms up and cheers to the funnyman! 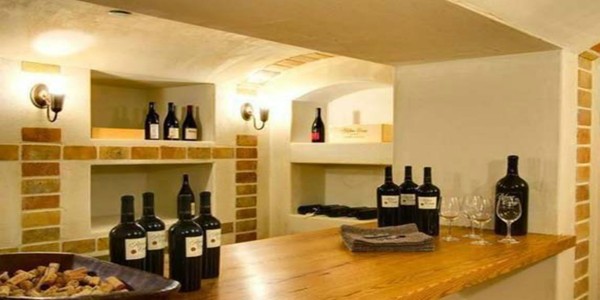 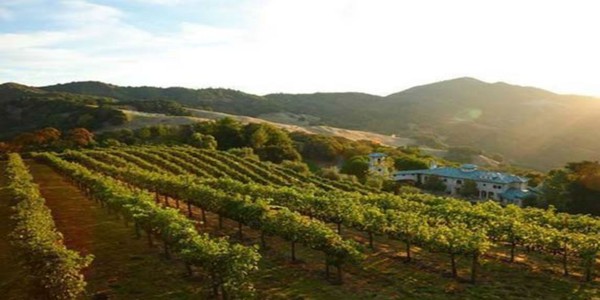 
Related Articles Around the Web
Trending

Robin Williams Family In Court Over Will Dispute

The late actor Robin Williams' wife and kids are heading to court today in a battle over will.

His wife, Susan Schneider and kids, Zacahry, Zelda and Cory all believe they were left certain personal items when the much loved actor and comedian took his life back in August 2014 after battling with depression.  He had recently been diagnosed with Parkinson's disease.

Attorneys will be headed to court in San Francisco later today.  Williams' wife believes that all items in the couple's Tiburon home should remain hers and claims that certain items have been removed after his death without her permission.  She feels that only items in his Napa home should be given to his kids.

The children however do not agree. According to court documents they were granted his memorabilia, industry awards and other "particular personal items" by his trust.  They feel some items held at his marital home fall under this heading.

The two parties also disagree over items put in storage and his watch collection.

This is just so sad.  The Mrs Doubtfire actor took great care to plan his estate carefully and for them to be quibbling about watches and memorabilia is petty and disrespectful.

His children are said to be "heartbroken", his wife says she is only seeking guidance from the court—but come on....grow up and be respectful of his memory.

Robin Williams's Widow And Children Wrangle Over His Estate

In a dismal unforeseen twist just six months after Robin Williams's death by suicide, his widow and children are embroiled in a legal battle over his estate.

Court papers indicate a dispute over personal property and money, with Williams's widow accusing his children of removing some of their father's belongings without her permission.

In their response via a spokesman, the children maintain that:

Notwithstanding Ms. Schneider Williams’s insinuations, the fact is that neither the Williams children nor any representative of theirs has been in the house or had anything taken from it since Robin Williams’s tragic death.

The children (Zak, Cody, and Zelda) state that they are heartbroken by Susan Schneider Williams's behavior. Noting that she was married to Williams for less than three years, they say

[She has] acted against his wishes by challenging the plans he so carefully made for his estate.

In his will, Williams left his estate in its entirety to a trust whose beneficiaries included his three children. It had been updated to include provisions for Mrs. Williams, who signed a prenuptial agreement with Williams in 2011.

In their response to her initial petition, the children assert that the widow is acting preemptively, driven by greed.

The papers reveal a rift that seems bitter beyond any reparation, with the children taking offense at the word 'knickknacks' when used by the widow to describe their father's memorabilia. Find the gory details at the New York Times online.

While both sides state a desire to settle the dispute quickly, in order to process their grief, it is more likely that the legal wrangling will leave wounds that time won't heal in a hurry.

Poor Williams family! How can you not feel their pain?

However, in the words of Swiss philosopher Johann Kaspar Lavater,  'Say not you know another entirely, till you have divided an inheritance with him.'

*If you, or anyone you know is struggling with thoughts of suicide please contact the National Suicide Prevention Lifeline at 1-800-273-8255 or visit their website.