Revolution Roundup: 7 Ways to Fight for Justice This Week

If you’re a Real Housewives of New York City fan, then you have surely taken a ride on the “Ramonacoaster” or at least knocked back a glass or two (or three) of Pinot Grigio.

And you’ve certainly lived through the news of Ramona Singer’s estranged hubby’s cheating scandal with a much younger woman.

The scene of the crime ramona singer hamptons home

But do you remember that Mario was caught in the act in the Singer’s Southampton home?

Well now, Ramona must sell the beloved place due to terms of her divorce proceedings.

Before officially selling though, PopSugar has reported that she put it up for rent recently for a seasonal asking price of $300,000.

Sounds like a lot, but this is a 6,000-square-foot mansion in the see and be seen town of Long Island’s Southampton Village.

What’s so great about this place? ramona singer hamptons home

The mansion boasts six bedrooms and six bathrooms - enough space for a Housewives reunion (minus the attitudes). There’s a huge pool outside for flaunting your bikini body a la Ramona on vacation.

Feel like some exercise? Go for a game of tennis on the home’s private court.

The grand foyer is breathtaking with a sweeping staircase and elaborate windows.

The kitchen is enormous with a marble island and a vast seating area, and the living room is bright and sunny with high ceilings and wood floors.

The master bath is lavish enough to live in permanently, with enough space to host a cocktail party, or at least for Sonja to primp for a party with Ramona by her side.

Want to feel like Ramona? Unless you’re drunk, probably not, but you’d surely love to live in her glam Hampton’s home. 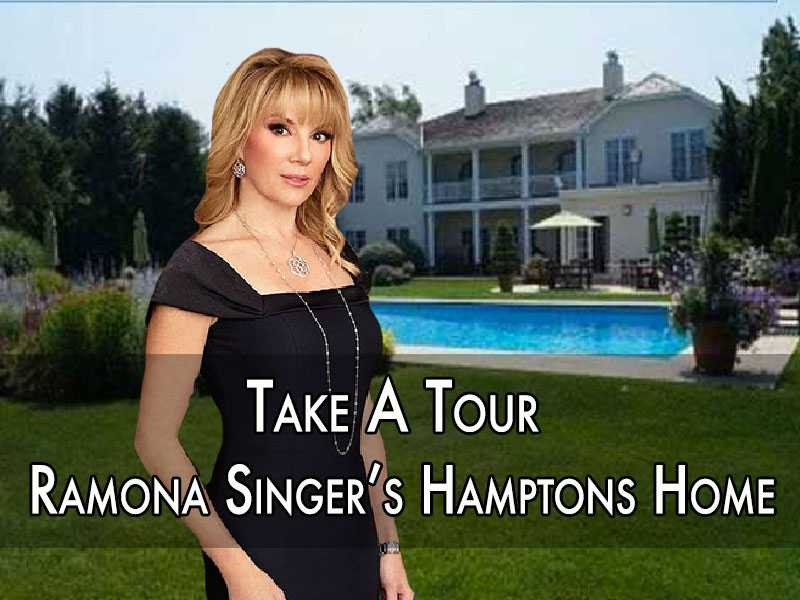 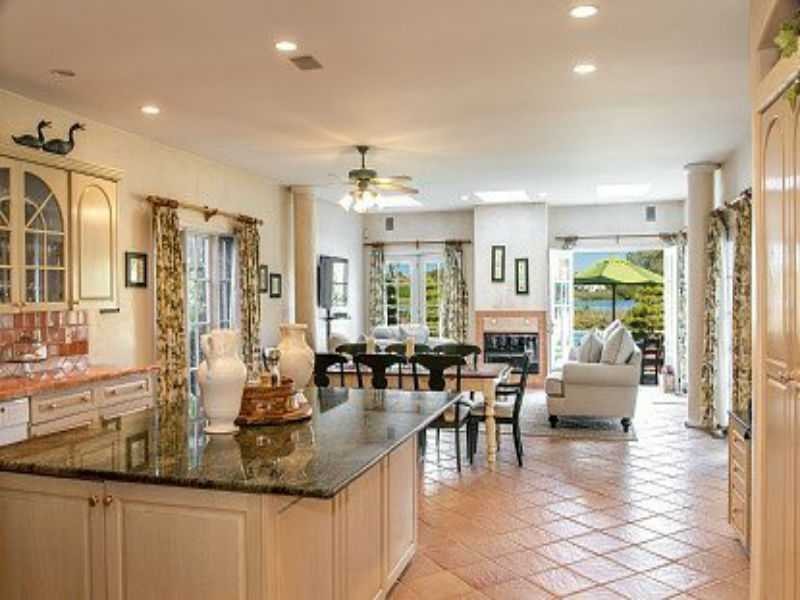 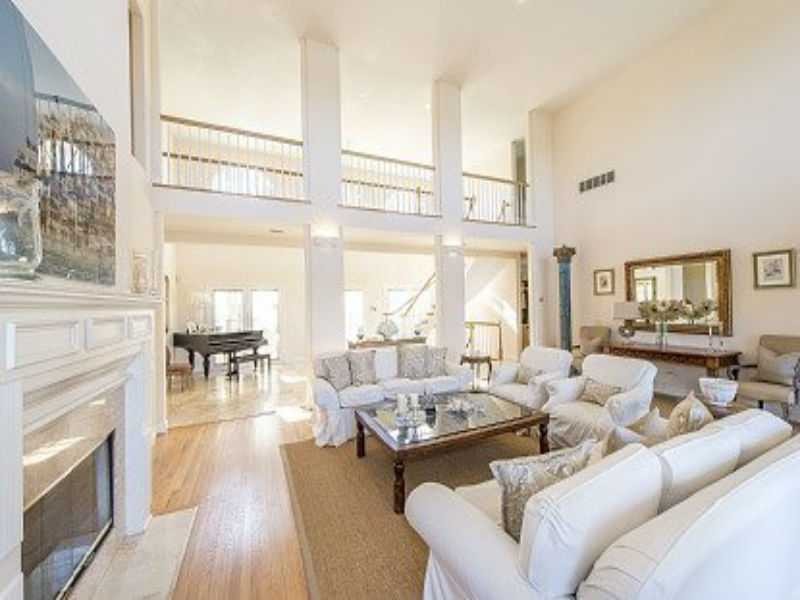 Previous Next
Sit and gossip about your friends behind their backs. 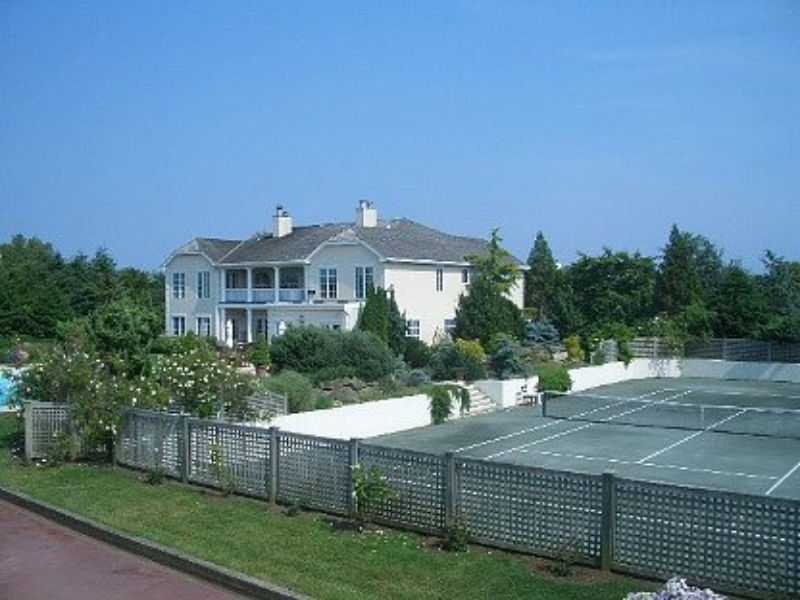 Previous Next
This place is an ace! 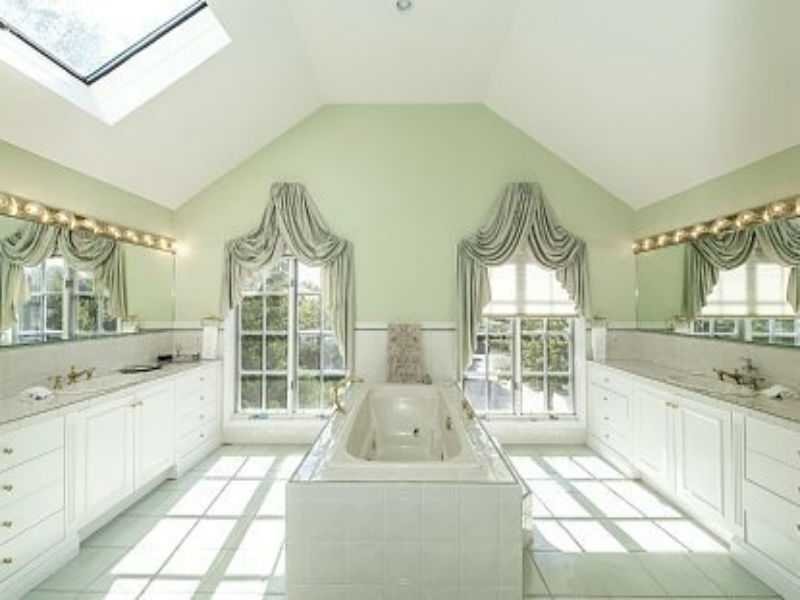 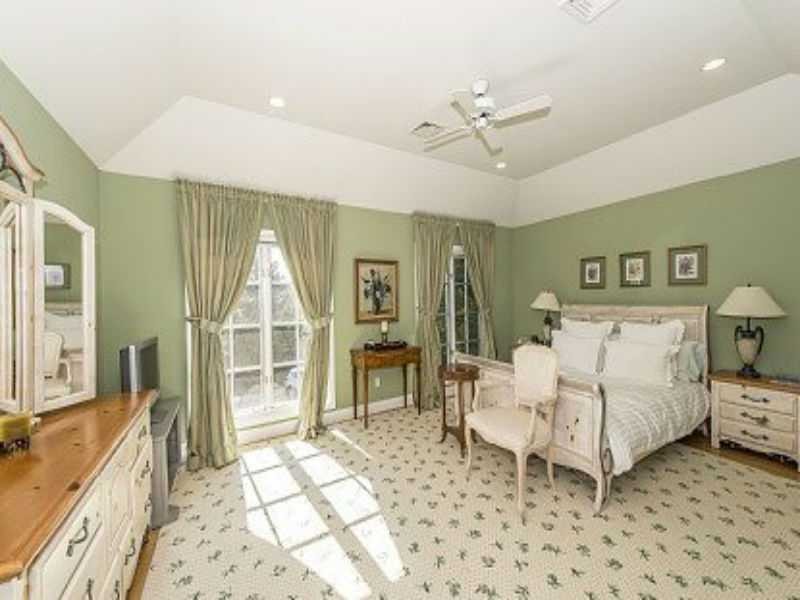 Previous Next
Comfy and casual, like Ramona and Sonja snuggling. 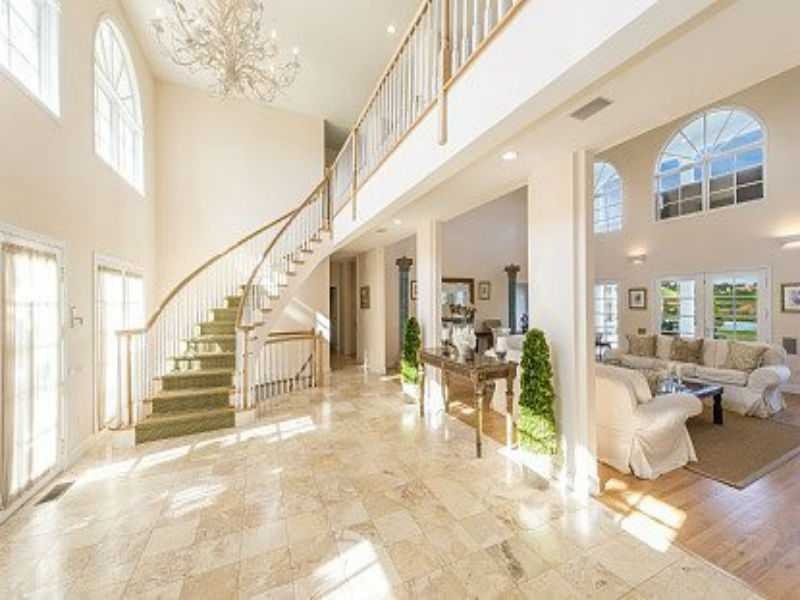 Previous Next
Rise to the top Ramona! 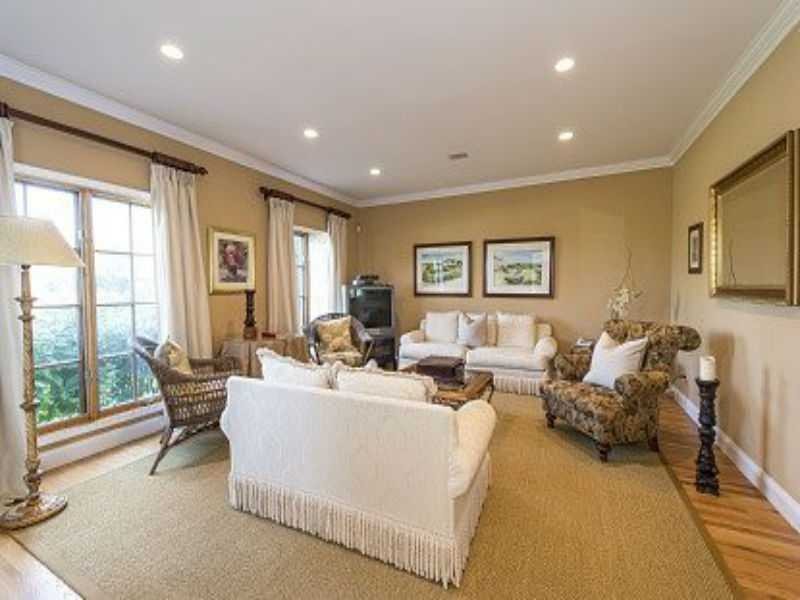 Previous Next
Wonder if Mario got it on in here? 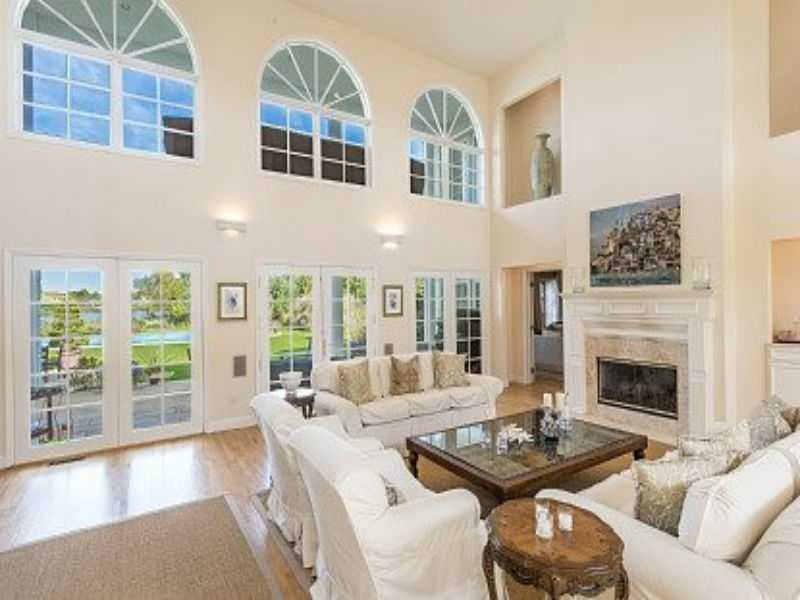 Previous Next
Would LuAnn find this place elegant enough? 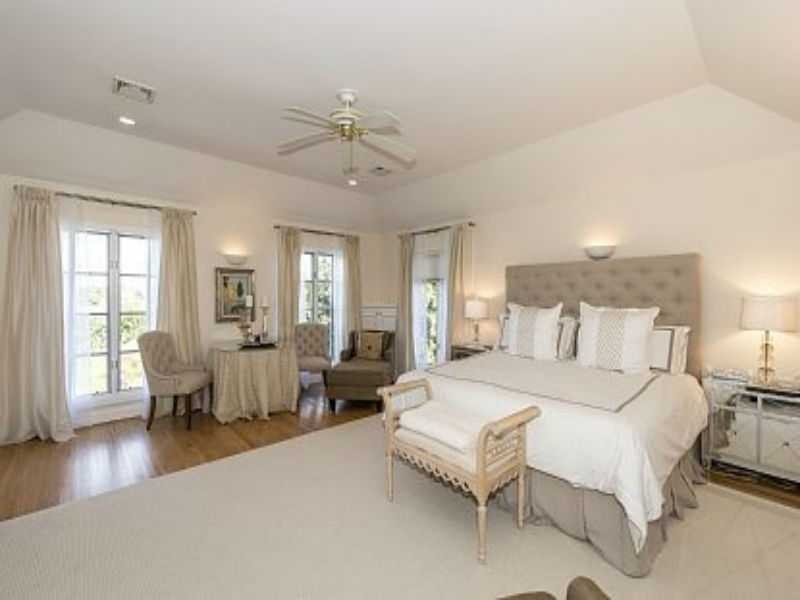 Previous Next
Relax and sleep off that Pinot hangover. 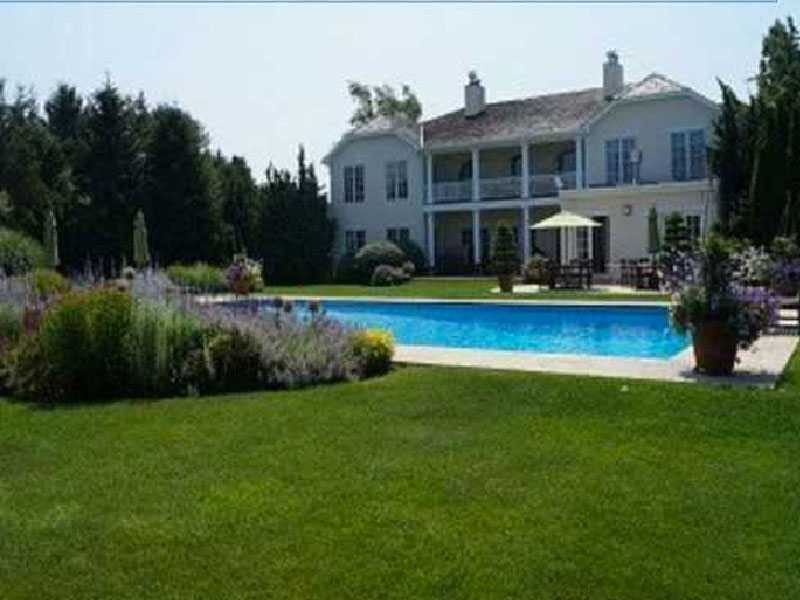 The 4 Skating Games That Defined Our Childhood

There was a special thrill that came from watching a pixelated Steve-O ride a mechanical bull through the streets of Barcelona.

From Nigel Beaverhausen to Bigfoot and Shrek, Steve-O was only one of the many crude unlockable characters available in Tony Hawk's Underground 2. Nailing trick combos as ludicrous as "Yee Haw + Acid Drop + grind + bull air," Tony Hawk's Underground 2 was not a game for those who couldn't suspend their disbelief, but that was always the anthology's charm. Kids who followed the series from its birth in 1999 were drawn to the game for its abundance in stupidity; exploring Area 51 in Pro Skater 1 or watching Spider-Man shred across audacious ramps in Pro Skater 2. In Underground 2, we'd send our avatars to the brink of death for no reason other than that it was fun to hear their bones crack.

Skating video games have a special place in the heart of '90s babies, mostly because the last few years have spawned no skater games that truly exemplify the genre's excellence. Pro Skater 5 was one of the most disappointing releases of all time, and 2018's Skate Jam is merely a hollow phone game with awkward controls.

However, hope was recently restored, as EA finally announced Skate 4 back in June. But thanks to COVID, it will be a long time before the project sees the light of day. As skate-enthusiasts continue to wait ever so patiently for Skate 4, let's revisit some of the best skating games that defined countless childhoods.

While Pro Skater 1 is a certified classic, the nuanced details its sequel added made it one of the greatest video games ever to exist. The graphics were lush for a Playstation game, each of the massive sandbox levels containing minute details like graffiti and hidden areas, and the newly-unveiled create-a-character and skate-park editor modes provided players with an overabundance of customizable features that would go on to define the rest of the series. Playing alongside your friends in your own curated skate park was fantastic, ripping across them in the hopes they'd topple over mid-trick.

The soundtrack, which included a fantastic roster of Rage Against the Machine, Anthrax, and Bad Religion, was pure adrenaline. As a majority of game developers turned their attention to the imminent PS2 release, Pro Skater 2 was one of the last great games to honor its predecessor.

Just to clarify, Skate 1 and 2 were fantastic games, the latter just featured a lot of unnecessary bloat, such as the impossible "S.K.A.T.E." mimicry challenges and crap A.I., that distracted from the project's highlights. But for EA's (seemingly) final installation in the series, Skate 3 ditched the excess in favor of what it was known for: fluid, realistic skating mechanics, slick visuals, endless tricks, and fantastic creation tools.

While the game was criticized by some for not bringing anything fresh and new to the table, Skate 3 remains one of the most well-balanced games in the series. It caters to both newcomers and devotees alike. Gone are the security guards who would frustratingly chase you away from government buildings in Skate 2; and instead, as a decorative "pro skater" at the beginning of the game, the world is your oyster. Everywhere is free to explore, which may hinder a certain feeling of progress, but Skate 3 makes up for it with its surprising variety of challenges, sexy visuals, and massive trick catalog–and let us not forget the "Hall of Meat."

One can barely call THU 2 a skating game. The single-player campaign opens with your curated avatar being kidnapped by two people in hockey masks. He is brought to a dark room alongside other pro skaters like Bob Burnquist and Eric Sparrow. Bam Margera and Tony Hawk are revealed to be the captors and explain their plan for a "sick-as-hell" around-the-world "World Destruction Tour."

The objective is simple: to travel around the world to pillage and destroy and become a sweet ripper in the process. It's absurd, and the game is often panned by skating buffs for its insanely unrealistic game mechanics.

But for those who don't take themselves too seriously, THU 2 was a rip-roaring good time. It had varietal game modes, copious character creation options, and watching your character snap their board in half after activating the post-trick-fail "freak out" function was a hoot. The game leaned fully into its ridiculousness, and the payoff was rich for those who needed the lighthearted escape.

Praised for being the most authentic skater game ever made, Session is an indie PC gem that shouldn't be played for those looking just to rip around. It follows a similar flick-stick mechanic to the Skate series but is much more difficult. It matches a foot to each stick so that to land a simple kickflip, you have to make sure both sticks do the right flicks.

It's a simple mechanical tweak that makes for a frustrating few hours of gameplay, but for those patient enough to learn a few tricks, the system can make even the simplest manual feel satisfying as hell. Speed, angle, stance, timing, and rotation need to be accounted for if you want to land some tricks, but for those willing to traverse Session's beautiful landscapes, the game is one of the most absorbing skate games in recent memory, and could potentially be as impactful to kids today as Skate was for us.

Back in 2013, after rumors had been flying for a while, Real Housewives of New York star Ramona Singer was forced to deny her 22-year marriage to husband Mario Singer was in trouble.

Speculation over the Singers' relationship woes first started in 2011, when, during a RHONY trip to Morocco, a psychic made the prediction, “there's another woman!"

Ramona was clearly shocked, but managed to keep her game face on with the ladies.

Not surprisingly, when Ramona got back to New York though we were immediately treated to an excruciating scene where she and Mario had a clearly staged, PDA-packed, romantic date night out together and laughed it all off.

Fast forward a couple of years, and the rumor mill was in full swing again, this time, that not only was Mario cheating but that he had got the woman he was cheating with, pregnant!

Once again, Ramona was quick to shoot down the claim, insisting, “It's not true."

However, as Popdust previously reported, just months later, in January 2014, the couple announced they were splitting. They tried a brief reconciliation, but finished for good in August 2014.

Ramona said at the time;

"We were working very hard on our relationship and making great progress, it was really working well, and then I got the feeling that he started seeing [Kasey] again."

It turns out he was—the Kasey in question is 32-year-old socialite Kasey Dexter—and, after not-so-Super-Mario betrayed her and daughter Avery, 20, a second time, Ramona swore she would never reconcile with him again.

And, now, adding further to the indignity, it seems Mario's cheating wasn't such a secret amongst Ramona's circle of friends.

Patti Stanger, AKA The Millionaire Matchmaker, stopped by Watch What Happens Live this week, telling host Andy Cohen that back in 2013 she witnessed Mario making the moves on some chick at a party in the Hamptons (it's not clear if the quick in question was Kasey Dexter, or another woman)

"I was there that night he cheated. Me and Jill, in the Hamptons. I saw the whole thing go down. I saw him pick the girl at a certain person's house — you probably know. It was a big dinner party, and we just came for dessert, and I watched this and I was, like, sober, and everybody else wasn't. And I went, 'What is going on here?'"

"And then I was worried for Ramona. I was really worried for her. Because I saw shades of him trying—he had like a midlife crisis going on. And she doesn't deserve that. She's a great girl."

Poor Ramona, whatever you think of her, it was a long marriage and she was knocked for six by the news. Adding further to her woes, in addition to finding out her husband was a cheating douchebag, just months later, she suffered the indignity of being "demoted" from full time RHONY cast-member to occasionally appearing, "friend" status.

Season seven of the Real Housewives of New York premieres Tuesday, April 7, at 9 p.m. on Bravo.