The Shacks are about to take Europe

There's a lot happening for The Shacks.

It almost felt as the indie soul band came out of nowhere, but now music authorities like Pitchfork are calling The Shacks "sun-drenched and intoxicating," they're touring not only the US but the UK, and are planning the release of their debut album. Fun fact: they're also quite young. Guitarist Max Shrager has quite an impressive list of accomplishments. Only 21 years old, Shrager has played West Village jazz clubs and world tours. He's been working with Daptone since age 14 and has also collaborated with Lana Del Ray. Shrager met lead vocalist and bassist Sharon Wise (19) in high school and wanted to work with her because of her knowledge of pre-1970s R&B and her unique "indie-heroine style." Recently, the band has dropped out of college to embark on a Europe tour with Khraungbin, play SXSW, and release their debut album which will be released through Big Crown Records.

Here's what you need to know about The Shacks

They just became a part of NPR's emerging artists platform

It was recently announced that The Shacks have become a part of Slingshot, NPR's emerging artist platform. The news was announced by introducing the band to NPR readers here. Slingshot is a program that began only last year meant to allow taste-making public radio stations to elevate their favorite local indie artists to Nationwide exposure rather than just locally. This effort has been lead by NPR and VuHaus public radio.

They record on all analog equipment 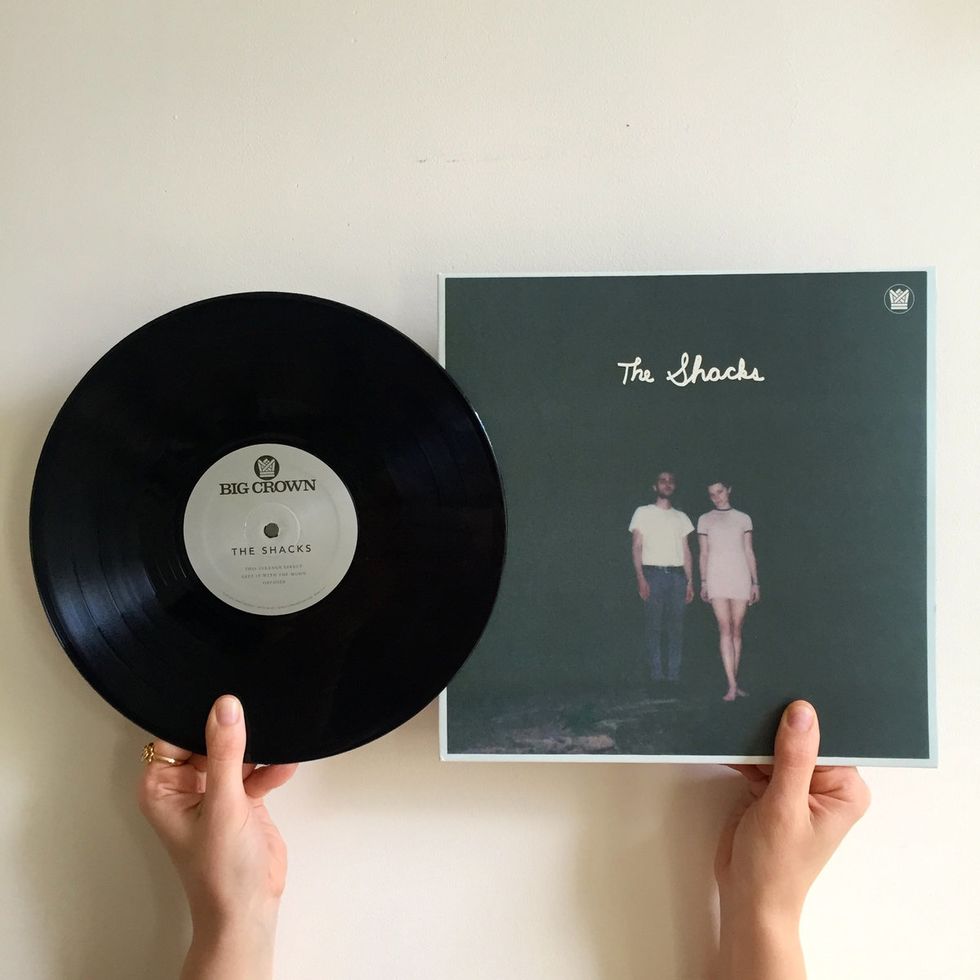 The Shacks swear by their old school methods of recording. With this fast success, you'd expect that they're recording in a top of the line studio, but on the contrary they are recording in Max's basement to analog equipment. You definitely can hear the difference if you listen closely to their track. I feel that it adds to their unique vintage sound.

Recently, Popdust caught up with the trio at Pianos in NYC and we were blown away by their soulful and dynamic performance. It felt as though we were transported in time to the golden age of NYC live music and nightlife in the 1970s and 80s where stepping into any club downtown would garner finding a diamond in the rough. These gems are pretty well polished though. Check out their performance above and you'll see why.

Their recent music video for "This Strange Effect" is really trippy

Champions of DIY this visual is no exception. The amount of detail and specificity that went into this video parallels their attention to detail in their music. Some parts goofy, some parts mysterious, this video is exactly what you'd want for "This Strange Effect"- one of my personal favorites by them. I especially like their performance style in this video. The band is eerily stoic. Sharon's performance is subtle and intricate.

They're playing A LOT of shows soon.

Check out the full tour list and buy tickets here.

Popdust will be covering the tour!

MUSIC MONDAY | What music is BANFI listening to now?

PLUS-- GOLDHOUSE X CAPPA, I'm With Her, Dana Buoy, Wendyfix, Remy, Nina Nesbitt, and The Shacks.

This week on release radar we're shining the spotlight on several amazing indie artists that already have busted out some amazing music in 2018. From songstresses like Jenny March with her ultra-vivid song "California Daze" to the reissuing of music from Wendyfix, a popular indie rock band of the 90s, I can guarantee you haven't heard most of these songs yet. Check out my favorite new releases and check back with us every Friday for a new Release Radar every week showcasing our favorite new releases.

This song is incredibly vivid. It really puts you in the room with her. With such rich lyrics, I wondered where the inspiration comes from. Jenny told me that it totally depends on the song. She told me sometimes she gets inspired at the gym listening to music, "I could be listening to music while running and hear a song that inspires me, and I'll stop and just start voice memoing melodies and writing lyrics in my notes on my phone." She says writing is also cathartic for her. When she moved to LA at age 15, she started songwriting because it was the best way for her to express what she was going through and how she felt about it. That continues to be a major inspiration for her.

"If I'm feeling emotional or stressed, I'll sit at my keyboard and start playing chords and just let all my emotions out. It's scary sometimes to open up, but I feel like I learn more about myself every time I write a song. I try to make sure I'm completely honest to myself in my music," she says.

Jenny has been working on her up and coming EP for a few years because it's changed and evolved with her as she's grown. Growing up listening to Britney and Madonna thanks to childhood dance classes and eventually getting hooked on artists like Usher and Outkast, Jenny says her music is a combination of dance pop inspired by the likes of Britney and Madonna but very "in your feels" like User. We're VERY into this song and super excited to hear the EP.

Best for: Singing in the shower
Perfect if you like: Halsey

My best explanation of I'm With Her is: pretty strings and harmonies. The instrumentation gives you a truly rustic/ americana feel. The vocals and harmonies are on point. This particular track is blissfully chalked full of attitude. I'm dying the see this trio live and we're in luck. I'm With Her is touring starting February 28th in Wisconsin, making their way through the US then onto Europe. Check out all of their dates here.

Best for: Road trippin'
Perfect if you like: Sara Bareilles

This track has a throwbacky vibe. It takes me to driving down A1A on a perfect beach day but also to late nights at some of my favorite spots in NYC in the dead of winter. Incredible versatile and danceable, I'm a major fan. It's a sweet combination of European Dance and psychedelic. I especially love the sparse but hard hitting vocals and the amazing groove.

Best for: Cooking dance party, obviously.
Perfect if you like: Tennis

Todd Hyman, founder of Carpark Records was the drummer of popular Chicago based indie rock band Wendyfix in the nineties. Wendyfix is seeing a reissue of some of their most popular songs. The song that resonated with me the most was "Ridge." I love the slow build at the beginning and the quintessentially nineties vocals that are at the same time really timeless. The song feels like a bleeding hard. It makes you feel a lot of things.

Best for: The end of a bad day.
Perfect if you like: Radiohead

Also from Carpark Records, the music of Remy is seeing a reissue. Six remixed and mastered tracks complete the project. I personally love "Nitelife." It perfectly reflects upon nightlife. It's energetic and while concise it says everything it needs to in a little over a minute. I love the riff- it makes you think of time passing. The track ends abruptly much like a late night.

Best for: A late night trek home from the club
Perfect if you like: Pavement

Nina's voice is sweet and entrancing. The dynamic of her delivery makes this song stand out from the millions of pop songs out there. This song has such a great swagger to it and the lyrics are so relatable. It's exactly what you tell yourself when you've been with one too many jerks. This will definitely live on my 2018 playlist. Nina will be hitting the UK this year. Check out her tour dates here. She will also be joining Jake Bugg on his US tour this year. Check out her complete list of tour dates here.

Best for: Getting over someone who wasn't good enough for you tbh
Perfect if you like: Hailee Steinfeld

The Shacks are on the road in the US and soon to hop over the pond to the UK. The majority of the band is under 23 and are incredibly talented. "Follow Me" is a mellow tune that gives you hints of shoegaze and classic rock throughout it. The song feels really intimate and could totally be the off-beat first dance wedding song of the year.

Best for: Putting on a mixtape for your sweetheart
Perfect if you like: Mt. Joy

I'm in LOVE with this track. Last from CAPPA we heard the sassy banger "Waste My Time." This time she's back with something softer. As vulnerable as this track starts, it really takes off. I love her collaboration with GOLDHOUSE here. Their voices blend perfectly and the track's build is perfection.

Best for: The last dance of the night